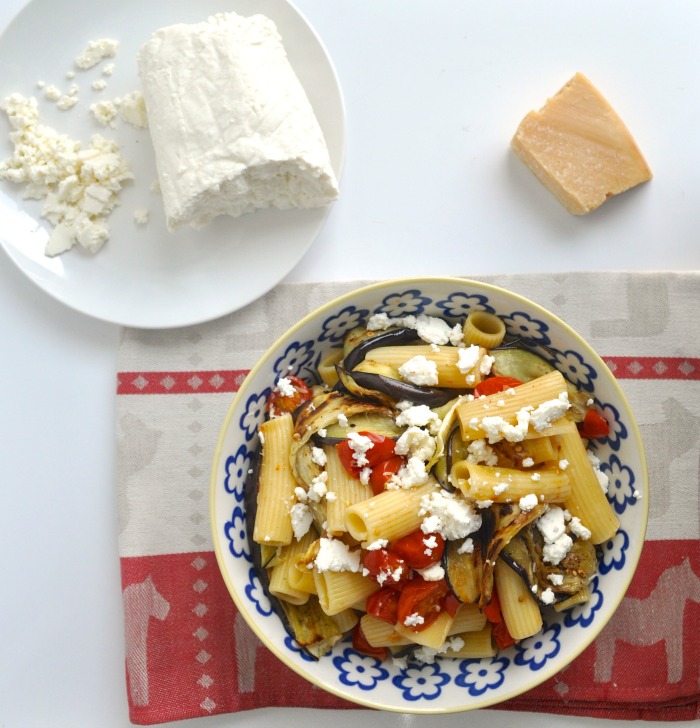 Oh the mighty eggplant. Where do I begin? I actually don’t cook with eggplant very often, but it is always what I am drawn to on menus or when I am out. I think that this was especially true this past July. It was definitely the month of the eggplant for me. While I was in London, all market food that contained eggplant ended up in my mouth, and in Sicily, it was ubiquitous and delicious. I couldn’t resist. Unlike my love for how others prepare eggplant, I have never mastered cooking it and am exceedingly limited in my eggplant repertoire. Typically, my first thought is eggplant parmesan. I have a few asian-inspired recipes as well (this one most notably), but that’s really it. While both of these recipes are two of my favourite meals, I always forget about them and usually end up walking by my purple friend in the grocery store without a second glance. 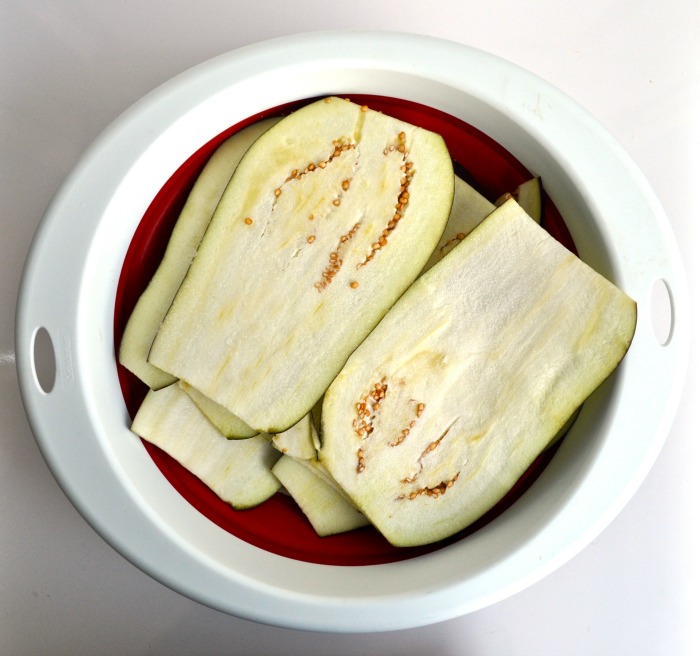 After experiencing the eggplant in Sicily though, I knew this had to change. Even though I wanted to be adventurous, on our first dinner there, I couldn’t help but order Macaroni alla Norma- a specialty of the region and the only dish I was completely familiar with. Even though I like to try new things, sometimes the tried and true is the best. That night we shared the Norma and another local specialty and I knew I had made the right choice. The eggplant was completely tender, the ricotta salty and the tomatoes sweet. It really doesn’t get any better. The next day in the market, I even inspected all of the eggplant I could find to see if they had a super special tender variety that we couldn’t get here in Canada. While I did see a number of different eggplants, I knew that it was a simple dish that could be re-created at home, if done correctly. 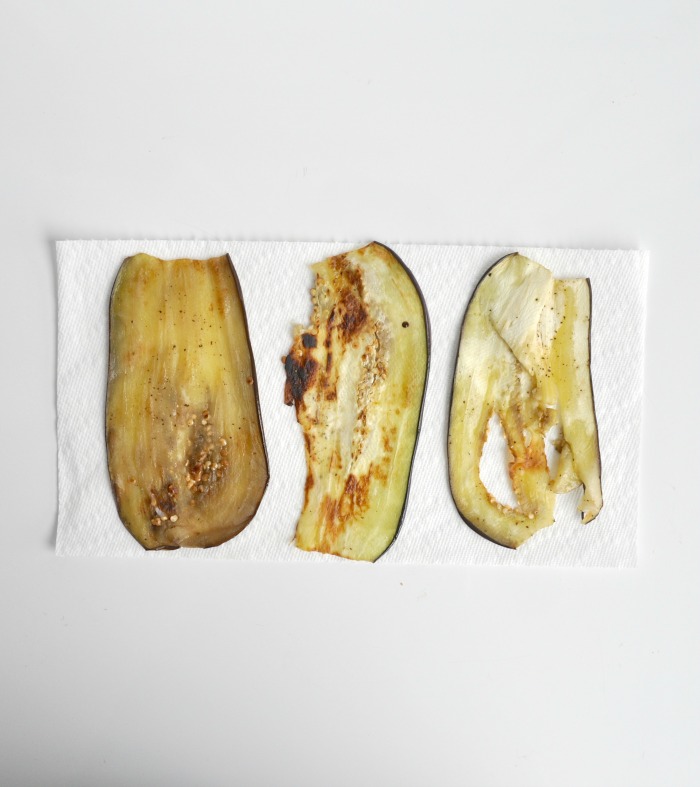 And so, my fat bottomed, purple eggplant went to trial by fire and water. I cooked the eggplant in three different ways to see what texture and flavour was the best and the answer was pretty clear. First, I decided to be different, par-boiling the eggplant and then frying it. Well, that was a terrible idea. It was inedible (pictured far left). It made the eggplant tough and waterlogged- yuck. My last two methods compared baking (far right) versus frying (middle), and I am happy to report that in the future I will go the baking route every time. It yielded a very tender eggplant, required a lot less oil than the frying route, and was so much more easy and hands-off: just stick the baking tray in the oven and leave to bake for 15 minutes. It was so much more pleasant than cooking the eggplant in batches in a frying pan, as the eggplant seemed to soak up my whole bottle of olive oil. 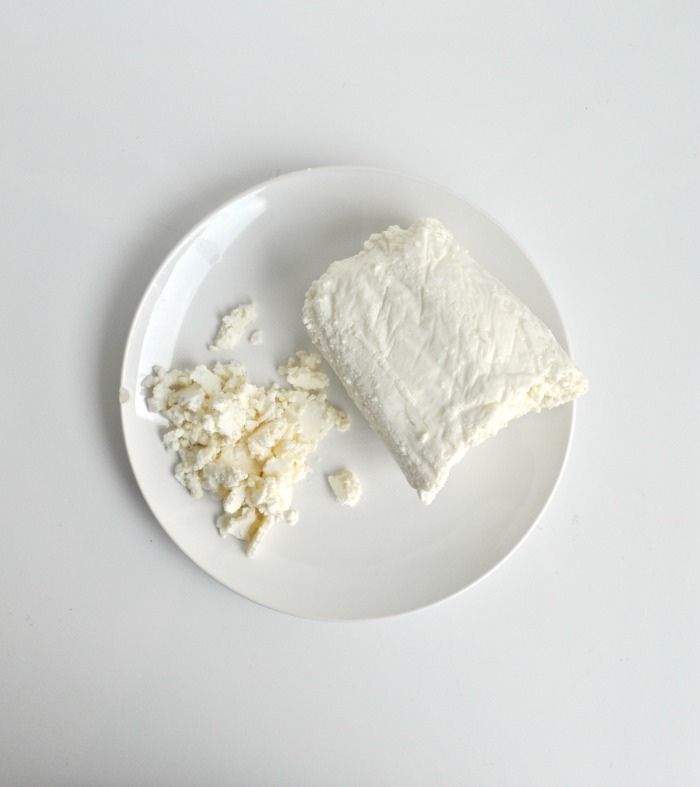 This is certainly a simple dish, but it’s very satisfying. The most important thing is to season everything along the way: season your eggplant with salt and pepper before cooking it, season your tomato sauce with salt and pepper, and season your pasta water with plenty of salt. Obviously, you are topping this with a generous amount of ricotta, so you’ll want to keep in mind how salty your cheese is as you go along. 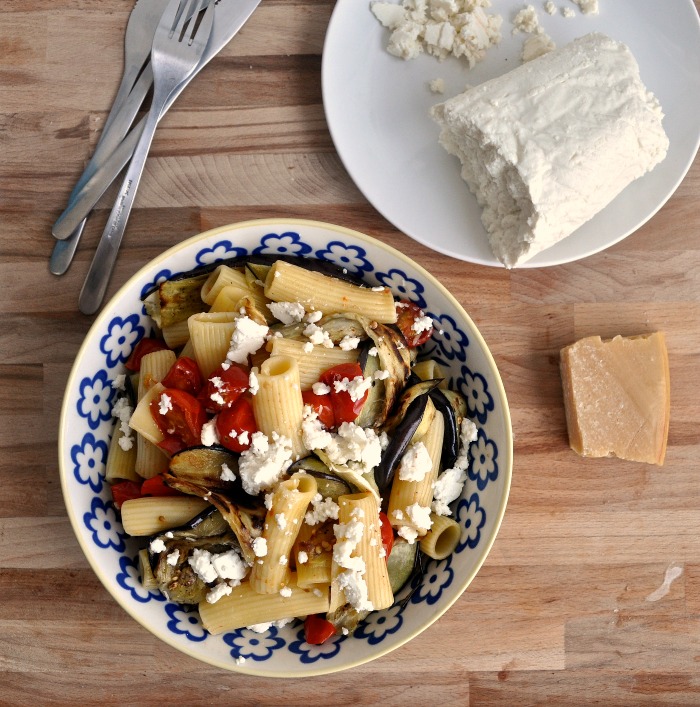 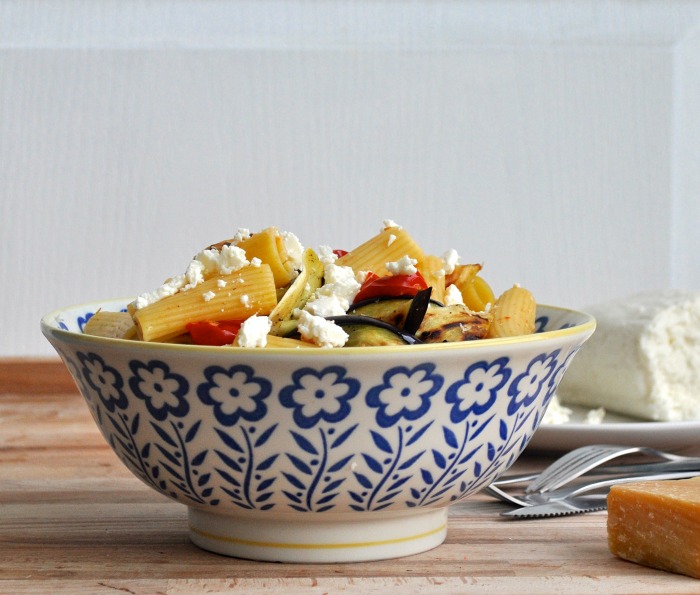 You can also fry the eggplant in batches in a sauté pan, but I found the taste difference wasn't noticeable and it was a lot more work.

Make sure to season the eggplant, tomatoes, and pasta water to taste. This is a simple dish and benefits from salt and pepper along the way!

My ricotta wasn't very salty, please keep in mind how salty your cheese is when seasoning the rest of the dish.

Line a baking sheet with aluminum foil and place eggplant in one layer, brushed with olive oil and seasoned with salt and pepper. Bake for 15-20 minutes (until it starts to turn brown), turning the eggplant once.

In the meantime, cook the pasta until al dente.

In a large pan, heat up some olive oil and sauté garlic and cherry tomatoes until they start to break down and release their juices.

Toss cooked pasta in cherry tomatoes with eggplant and top with ricotta, parmesan and herbs.