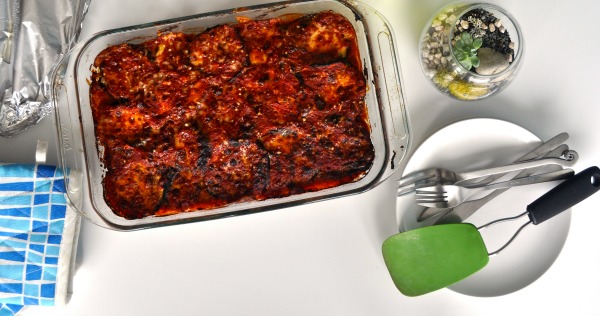 I bought some eggplant a couple of weeks ago to tackle the ever elusive task of making Chinese braised eggplant. Clearly I wasn’t up to the challenge because I decided to take the easy way out and make some eggplant parmesan with it instead. I don’t make eggplant parmesan very often, but man, it was so good. I was trying to decide whether I should re-make and post it up here, and the decision was made after I went home to Montreal. On top of this version being absolutely delicious, over the years, I have definitely cut out a number of time-consuming steps that, in my opinion, don’t effect the final product. When I was home, I watched my mom peel the eggplant, almost salt it (until I discouraged her from wasting an hour of her time), and I also realized a lot of people go through the time consuming step of frying (and sometimes even breading) the eggplant. 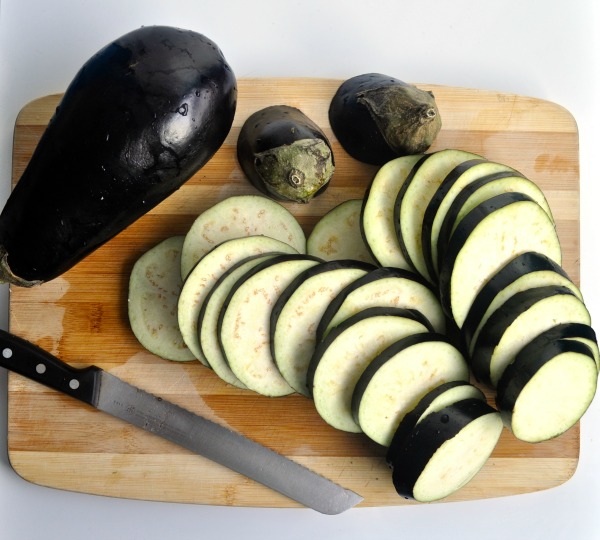 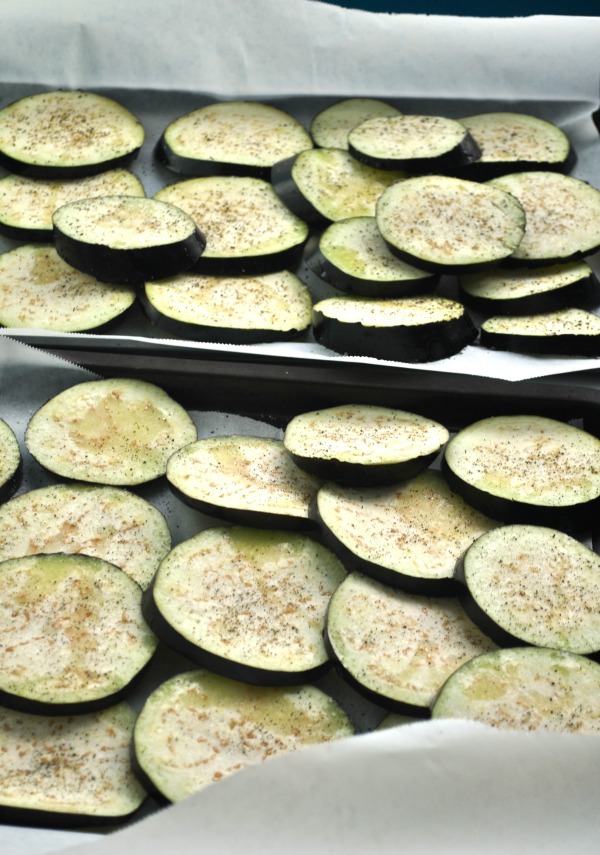 Anyway, I can’t say I’ve tried them both side by side, but I do know that my unsalted, un-fried, un-peeled eggplant tastes delicious in the end. Basically, all I do is slice the eggplant fairly thinly, bake it (with barely any oil at all) until it starts to turn golden brown and tender, layer it with some quick, simple tomato sauce, basil, cheese, and top with some parmesan. Personally, I like layering the eggplant in two layers and not more, which results in a melt-in-your-mouth, cheesy, tomato-y, eggplant experience. It’s also key to skip on the mozzarella on top and focus on the parmesan- broiling it, uncovered, right at the end so that it has a nice, crunchy top. Are you convinced yet? 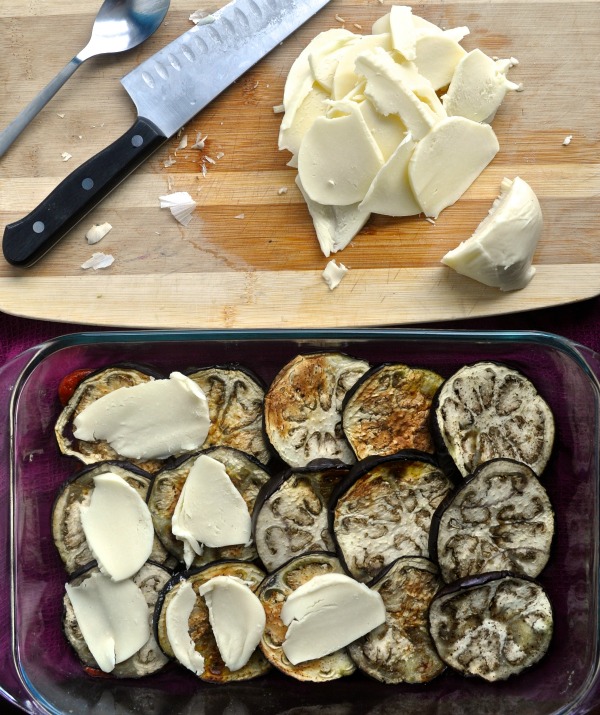 Last, and possibly most importantly, you have to let the eggplant rest after it comes out of the oven! Even if this means that you have to re-heat it before serving. It is definitely a dish that is best the next day and letting it sit for at least 30 minutes, but preferably an hour, let’s all of the flavours meld together and all of the liquid re-absorb so that you have a perfect, clean, not watery piece of eggplant when you go and cut a slice. 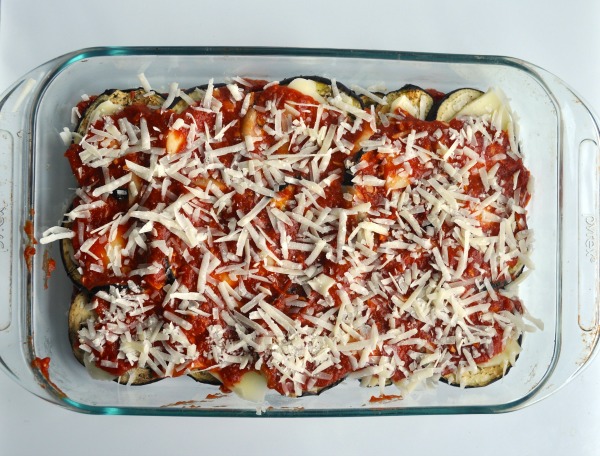 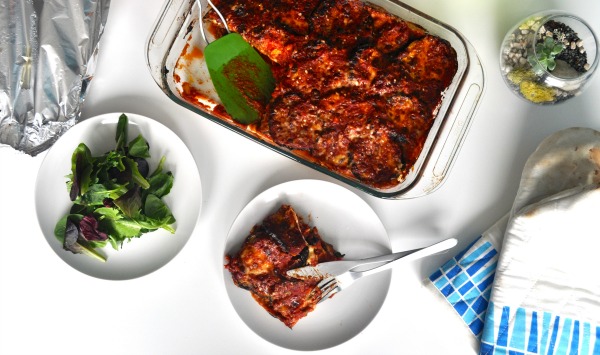 Bake until they start to brown (about 20 minutes).

In a large pan, heat up oil and fry garlic until it starts to brown.

Simmer on low heat for about 15 minutes. Remove from heat.

In a 9 x 13 baking dish put a thin layer of sauce. Layer half the eggplant, half the mozzarella, half the basil half the remaining sauce and repeat. Sprinkle with parmesan.

Turn oven to broil on the highest temperature cook uncovered until golden brown (about 5-7 more minutes).

Let rest for as long as you can, covered.

Reheat in oven for about 10 minutes and serve hot.