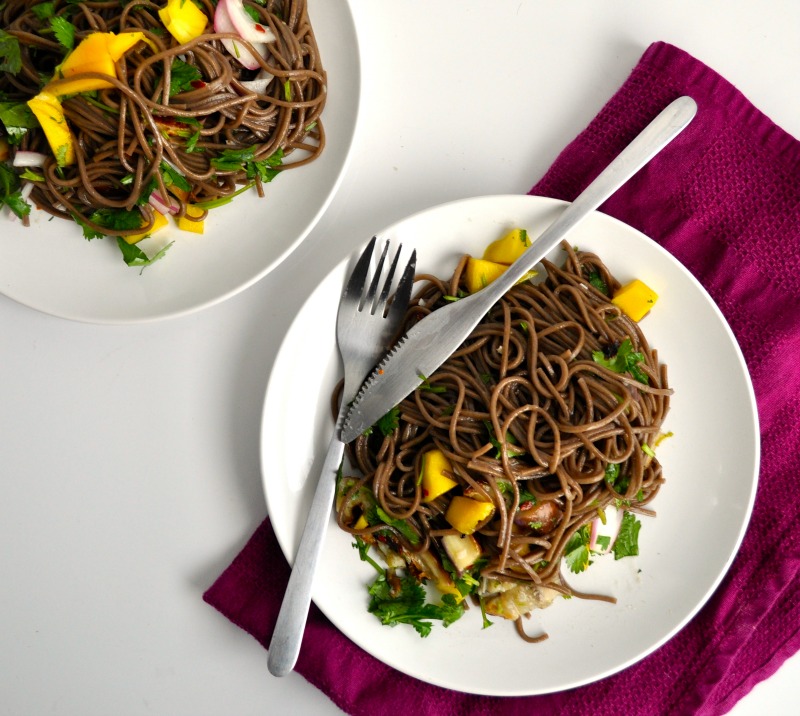 ‘Tis the season for potlucks and parties. It’s been quite some time since I’ve felt like I’ve had such an active social life. While it’s sometimes exhausting, the holidays are also a wonderful time when people make an extra effort to get together and celebrate with one another, usually around food. I have been sitting on this recipe for quite some time. It’s one of my favourite ones from Ottolenghi’s cookbook Plenty. If you’ve never heard of this cookbook, it is filled with beautiful photos and original vegetarian recipes. Of the handful of cookbooks that I own, two of them are by Ottolenghi (the other one that I have is Jerusalem). He has a beautiful style of writing and I find his recipes very inspiring in the sense that they are not flavours or ingredients that I would normally think of, so just flipping through the pages of his books gets my mind going. 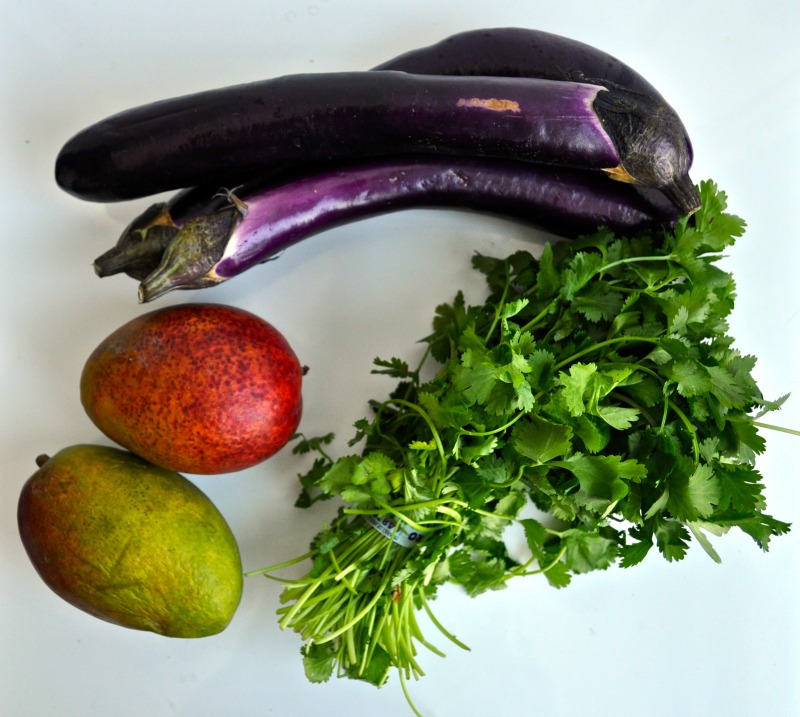 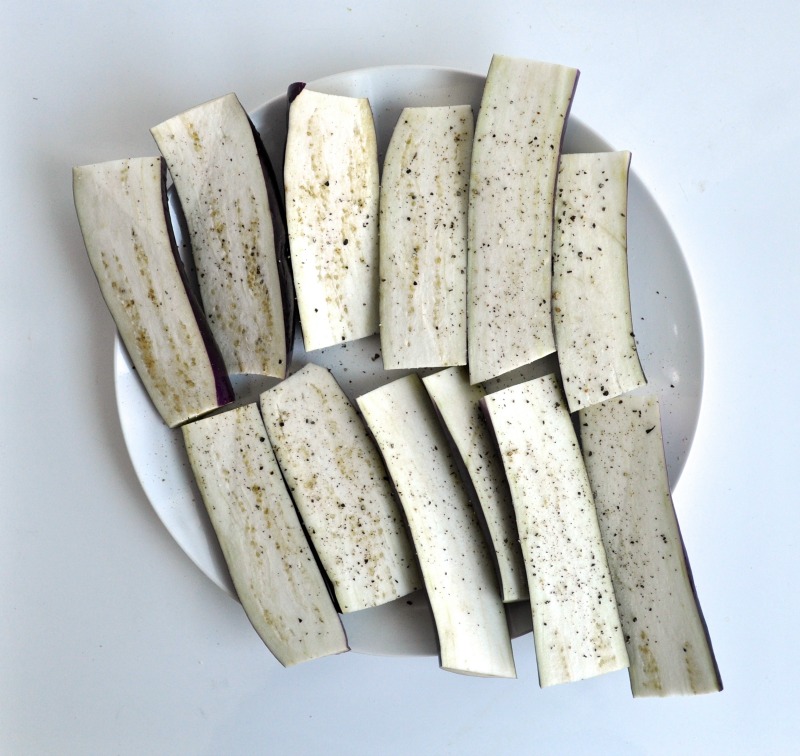 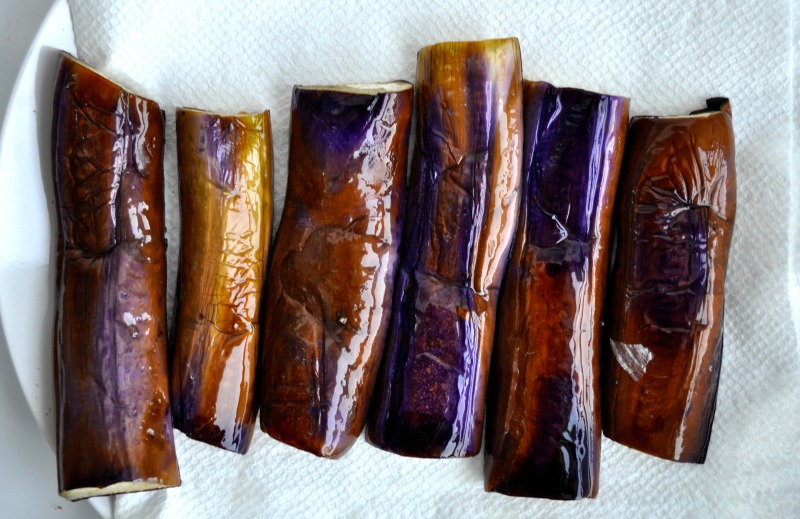 In my opinion, not only is this a delicious meal but it is also a great dish to bring to a potluck. First, it is good at any temperature. In fact, I think that I might even prefer it at room temperature, so it doesn’t suffer from sitting around on a table all night. Second, it gets better as it sits, which also helps with the sitting on a table all night thing. Third, it’s original and a crowd pleaser at the same time. I am never worried that anyone else will be bringing anything like it, but the flavours are pretty universally liked. Last, as a vegetarian, I always like bringing a dish that will fill me up, whether or not anything else at the party will be suitable for me to eat. It’s also vegan and gluten free (although you should always double check no one has snuck a little wheat into the noodles). It’s filling but not too heavy.

As you can see, I’m into this dish. 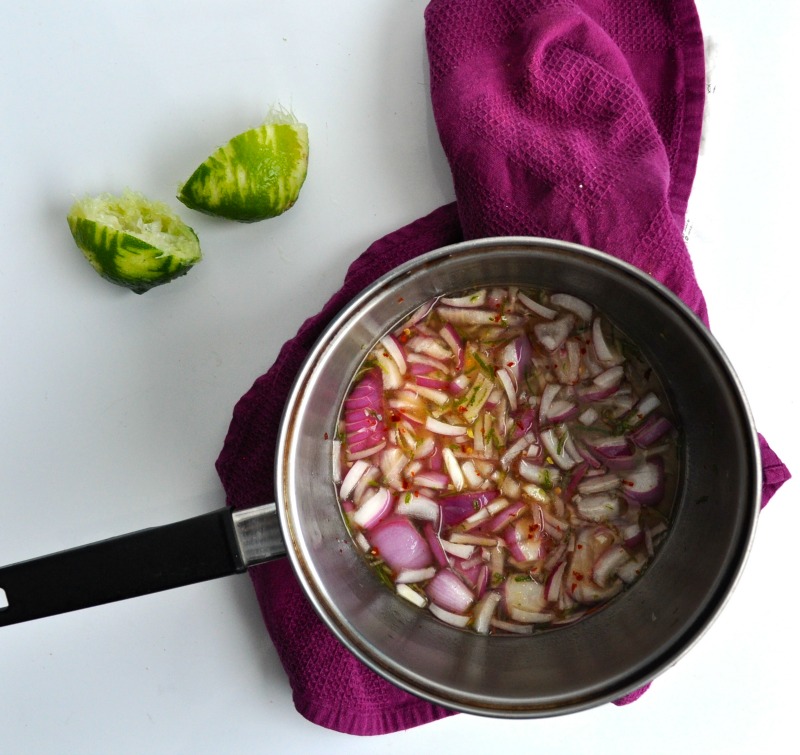 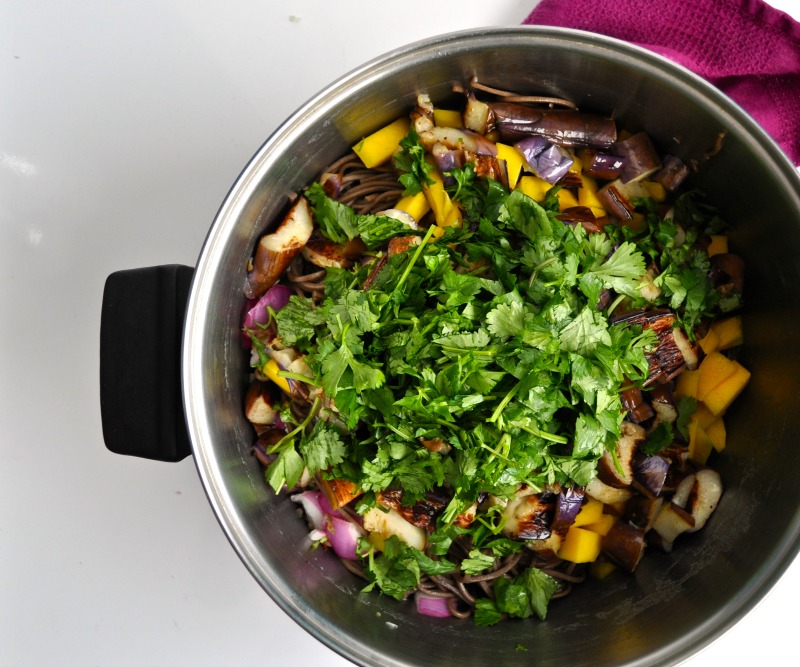 If you’ve never made soba noodles before, I find they cook pretty quickly, so make sure to check them after 3 or 4 minutes and drain them from the water as soon as they are cooked because they are really gross overcooked. I also find that it’s essential to rinse them after they are cooked or they get all gloopy and gross. If you run them under cold water, but want the dish to be hot, just re-heat it in the pot (with all of the other ingredients) before serving.

I hope that whether or not you are celebrating holidays at the end of the month, you still get to partake in the perks of getting together with friends and family. And if you’re stuck for a potluck idea, this is just another one to have in your roster! 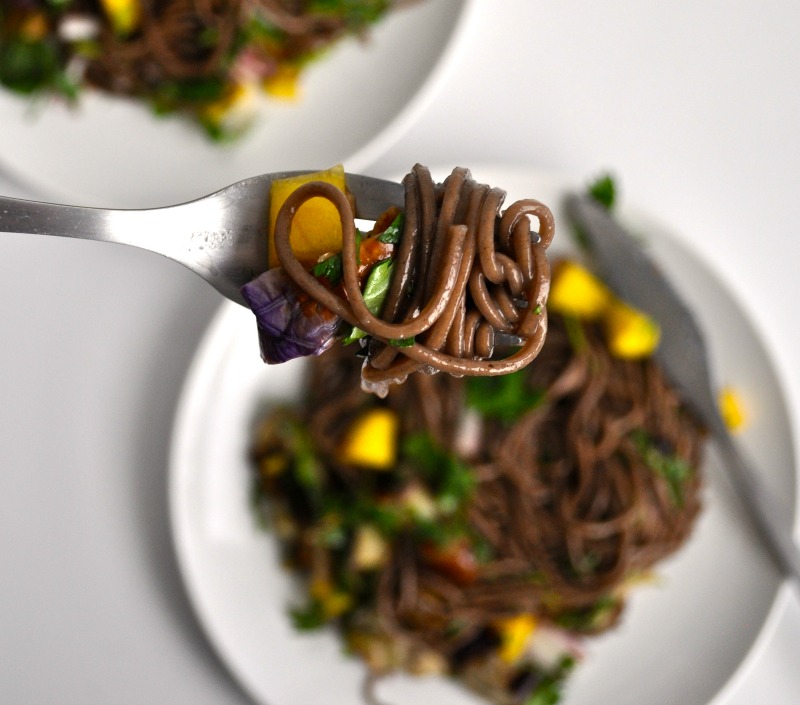 In a small pot combine rice vinegar, sugar, salt, garlic, and chilli. Bring to a simmer and whisk until salt and sugar are dissolved. Remove from heat.

Once cooled, add sesame oil and the zest and juice of the lime.

Add chopped red onion to mixture and set aside.

In a large pan over medium-high heat and a couple tablespoons of oil.

Remove eggplant from pan and drain on paper towel.

Cook soba noodles until just cooked through. Drain in colander and rinse under cold water.

Heat up or serve at room temperature.

3.1
http://mysecondbreakfast.com/soba-noodles-with-eggplant-and-mango-recipe/
Soba noodles with eggplant and mango Recipe was last modified: December 11, 2013 by My Second Breakfast

2 thoughts on “Soba Noodles with Eggplant and Mango Recipe”