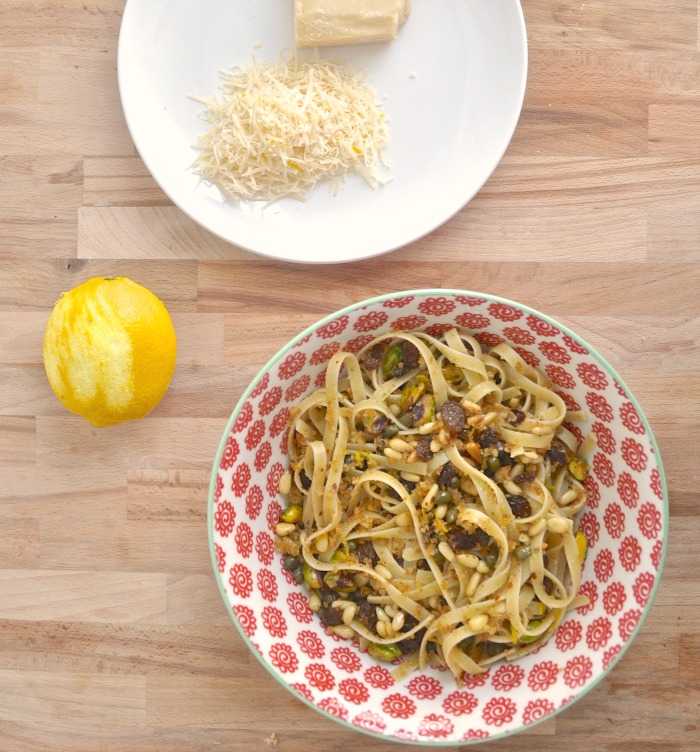 One of the best things about living in London, has to be the endless possibility for cheap travel elsewhere. The flight deals that you can get to cities around Europe are absolutely unreal, especially coming from Canada where a 1 hour flight from Calgary to Vancouver costs hundreds of dollars. In our utter lack of organization, our plans to go to Scotland fell through the cracks and we were left, the day before we departed, to figure out where we should fly to. It wasn’t a very bad position to be in. There is always so much choice. It was a toss up between Sicily and Munich. We ended up going to Sicily, a place, in all honesty, that I had never considered going to before (not for any particular reason). What pushed us both over the edge as we looked into both destinations was the food. 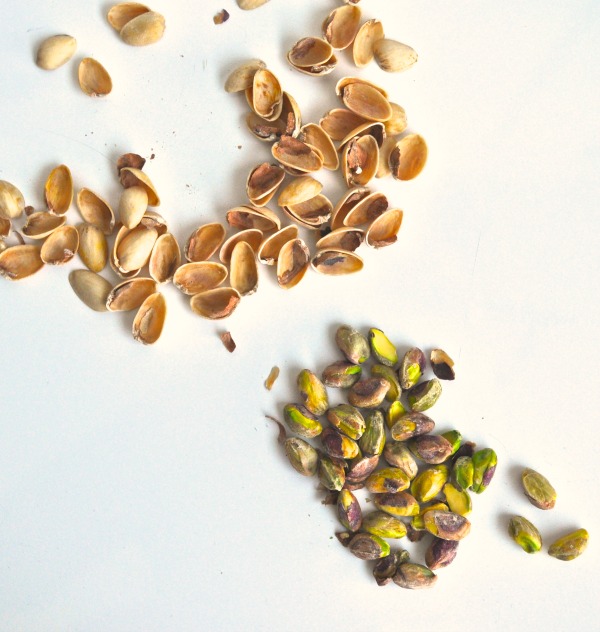 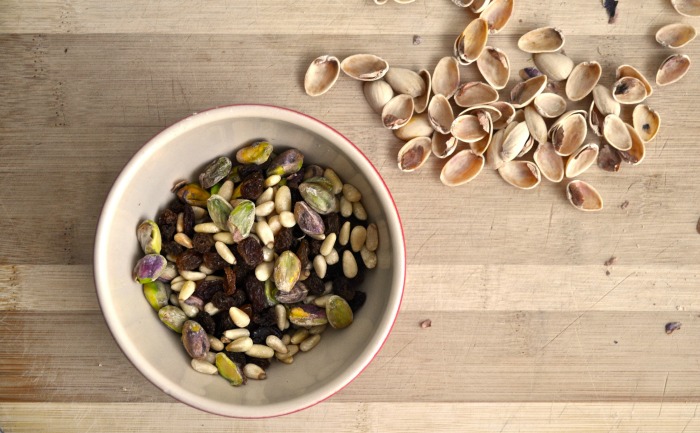 Other than the fact that it was much more friendly to my pescatarian ways, Sicilian food is something that one can only dream of. We ate gelato every night, had some form of crispy dough filed with cheese and vegetables every morning and marvelled at the capers, sun dried tomatoes, eggplant, long zucchini, and peaches that were absolutely everywhere. This dish is going to be one of the many food memories that I try to re-create up here. 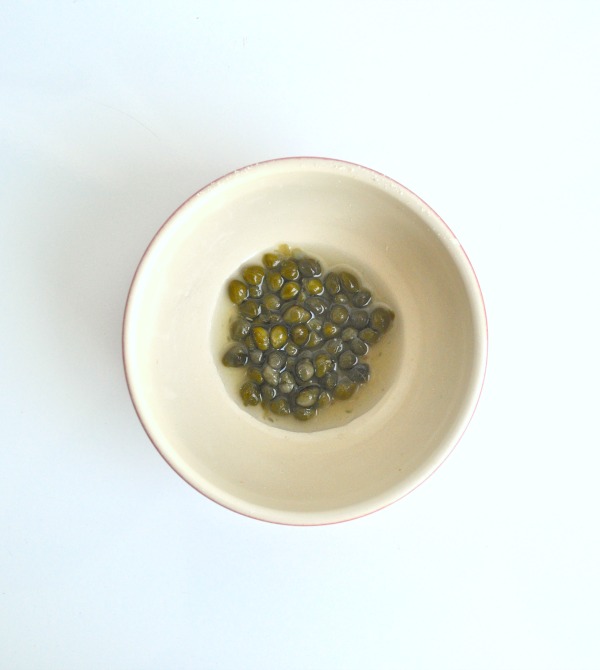 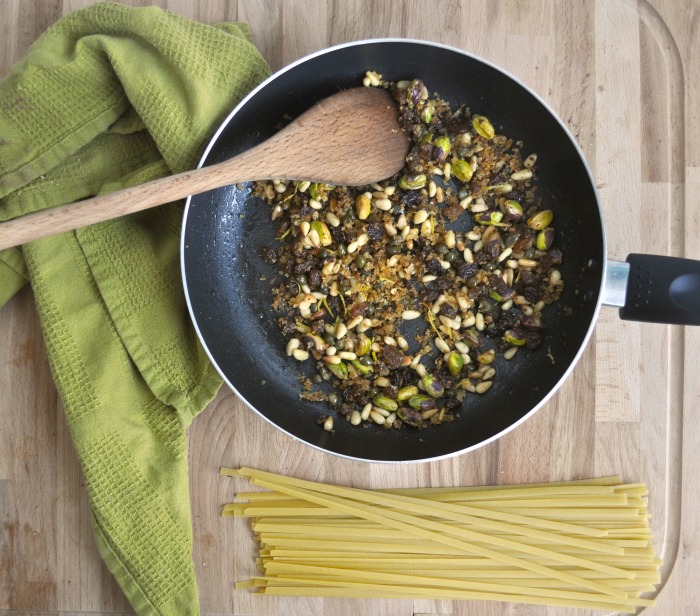 On top of the deliciousness, I hadn’t really realized how different Sicilian food was from other parts of Italy. There are some flavour combinations that seem so obvious once you’ve had them: sweet raisins, salty capers, sour lemon and some crunch from the nuts. But it never occurred to me to put it all together and make it into a pasta dish. In fact, one of my favourite dishes in the world uses a lot of the same flavours and it still didn’t occur to me. Now that it finally has, I’m going to have to play around and see where else I can sneak nuts and raisins into dishes. It doesn’t hurt that this is one of those dishes that takes the same amount of time to cook your pasta to put together, and uses mostly pantry ingredients that you can always have on hand. I have no doubt that this will become a go-to dish when the fridge is empty, and we want a warm, satisfying meal. 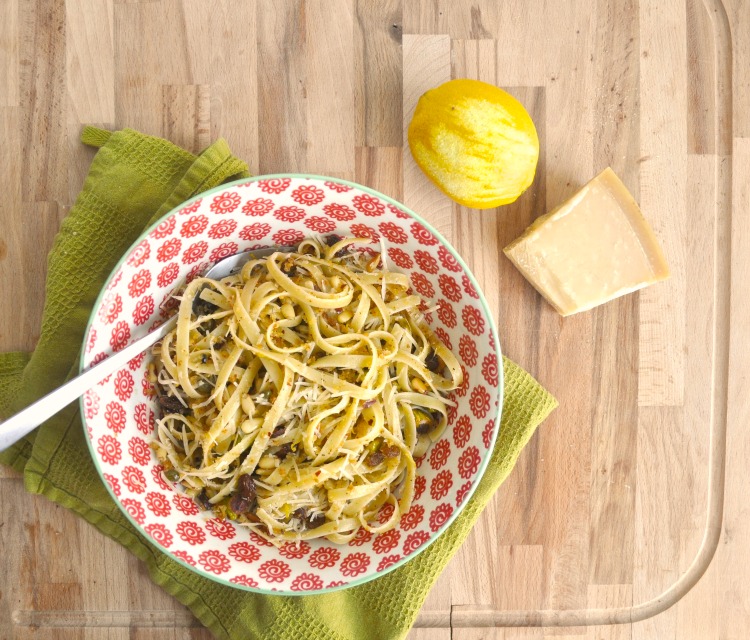 I've had this dish with and without the fennel and it is delicious both ways. If you happen to have some on hand, definitely use it. If not, it's not necessary (and I know what a pain it is to buy a whole vegetable for such a small piece of it!).

Bring a large pot of salted boiling water to a boil. Cook pasta until al dente.

In a pan over medium heat, heat up olive oil.

Toss pasta in nut mixture until coated. Season with salt and pepper, to taste.