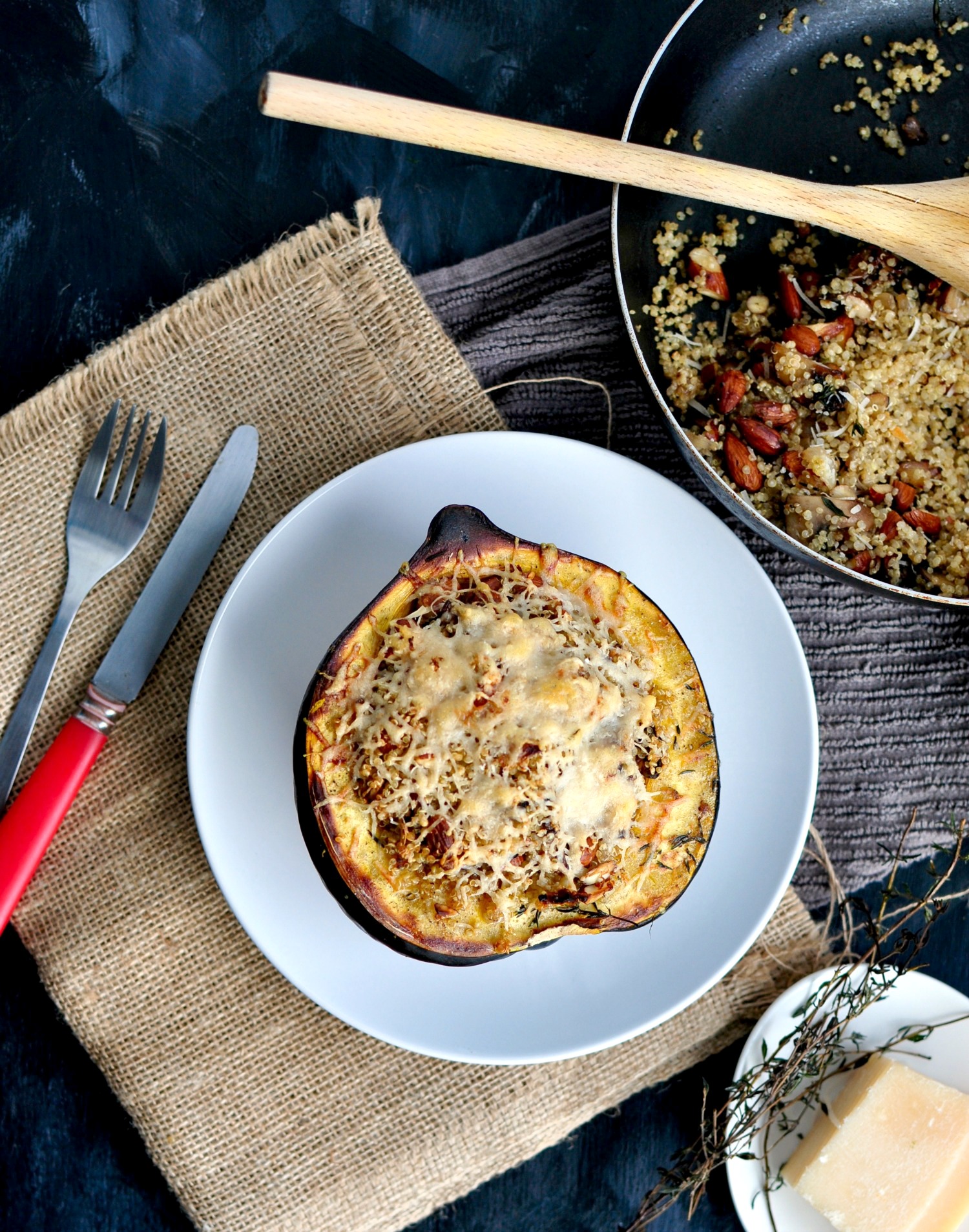 I’ve been frequenting my local, organic market more and more recently. Not only does the produce taste better but I like knowing where it comes from and supporting more small-scale producers. Even though I was always aware of the produce available (and not available) according to the different seasons, it becomes so much more obvious when the large majority of the food isn’t being imported from elsewhere. It is such a shift from summer into more truly wintery produce. Needless to say, there is a lot of squash, parsnips, and potatoes around. It always takes my brain some time to re-adjust and think about the things I normally make with these ever present winter vegetables that I largely ignore over the summer months. One of the biggest problems I have, especially with squash, is that they are so big. Just one squash is way more than we ever need for any meal and unless I want endless leftovers, I have to think of multiple dishes to make with the same ingredient. While my go-to is usually soup, a couple of weeks ago, I used some acorn squash to make a delicious quinoa salad. So, when I saw a half of a squash being sold at my local market, I wasn’t only thrilled that I wouldn’t have to eat an entire squash by myself but I also knew what I was going to do with it right away. I could picture what a beautiful side dish, or even meal, a quinoa stuffed acorn squash would make, especially at this time of year. 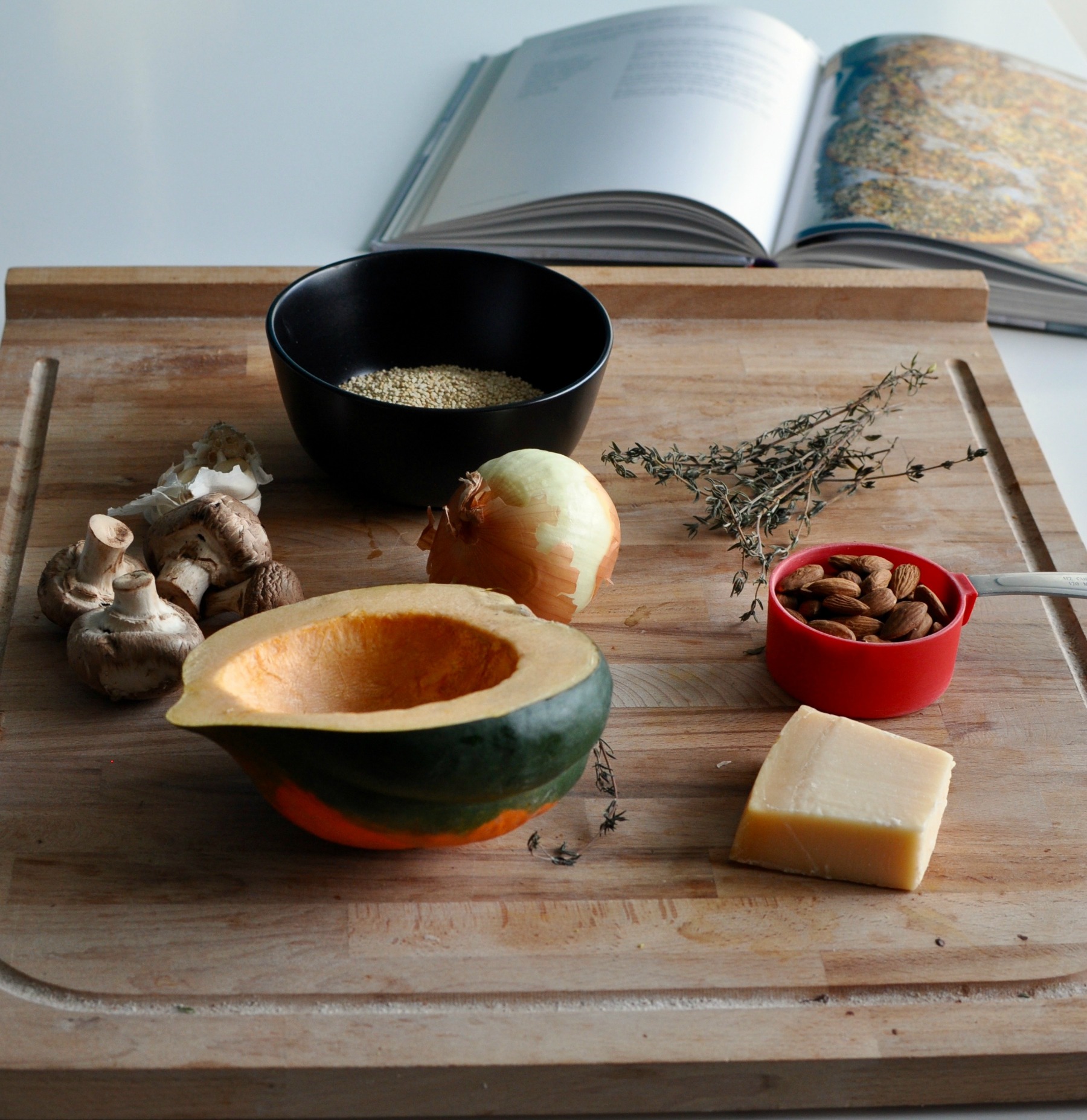 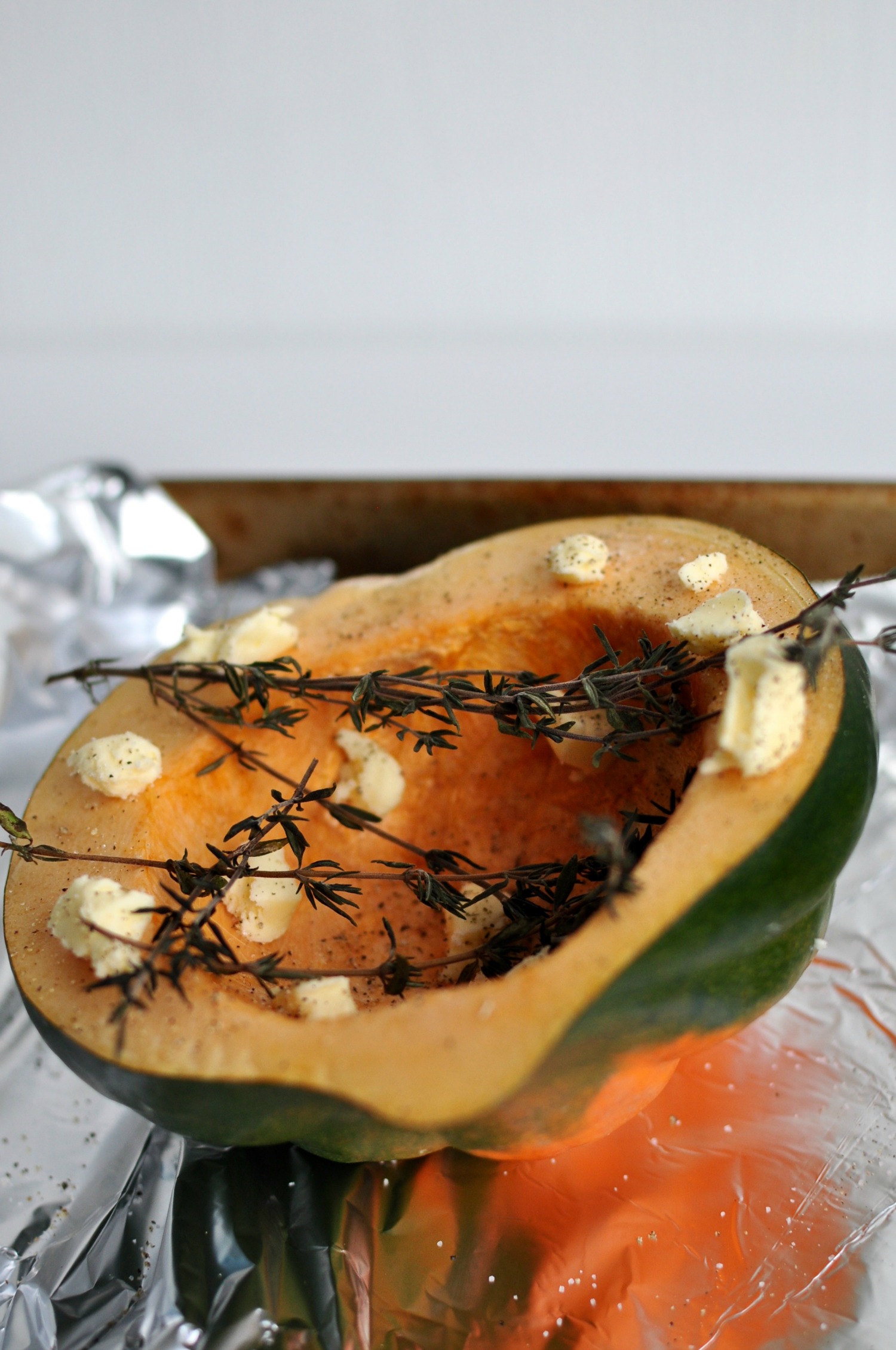 In fact, I think that this dish is absolutely prefect for any sort of dinner party or holiday celebration (I know American Thanksgiving is coming up!) that you will be having over this winter season. This would have been perfect a few weeks ago, when it was Canadian Thanksgiving, and I struggled to think of anything particularly original to bring to a potluck. While my vegetarian gravy and stuffing was a definite hit, this is a bit more of an original side dish (although now that I think about it, I think it would be great doused in that gravy!). 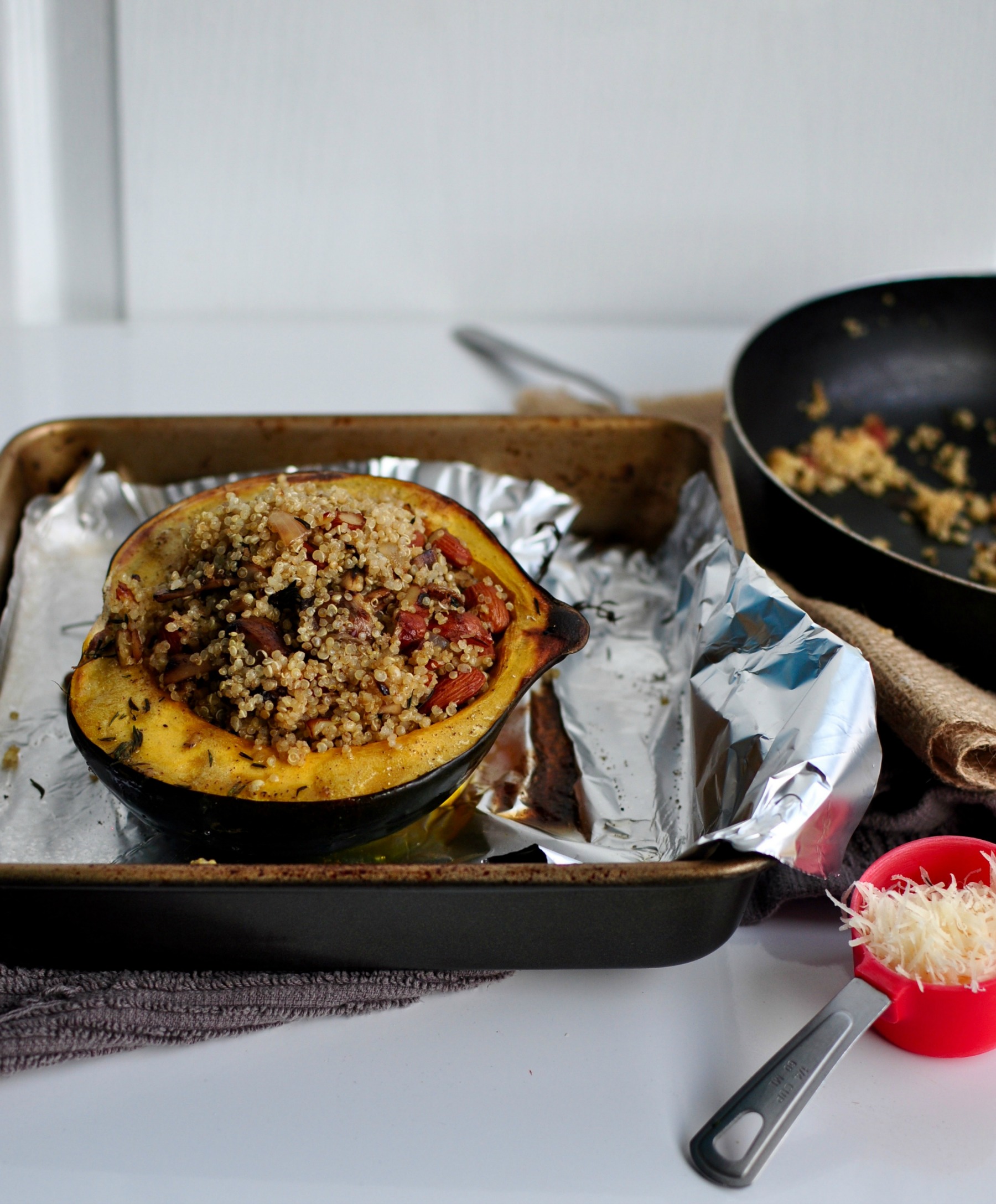 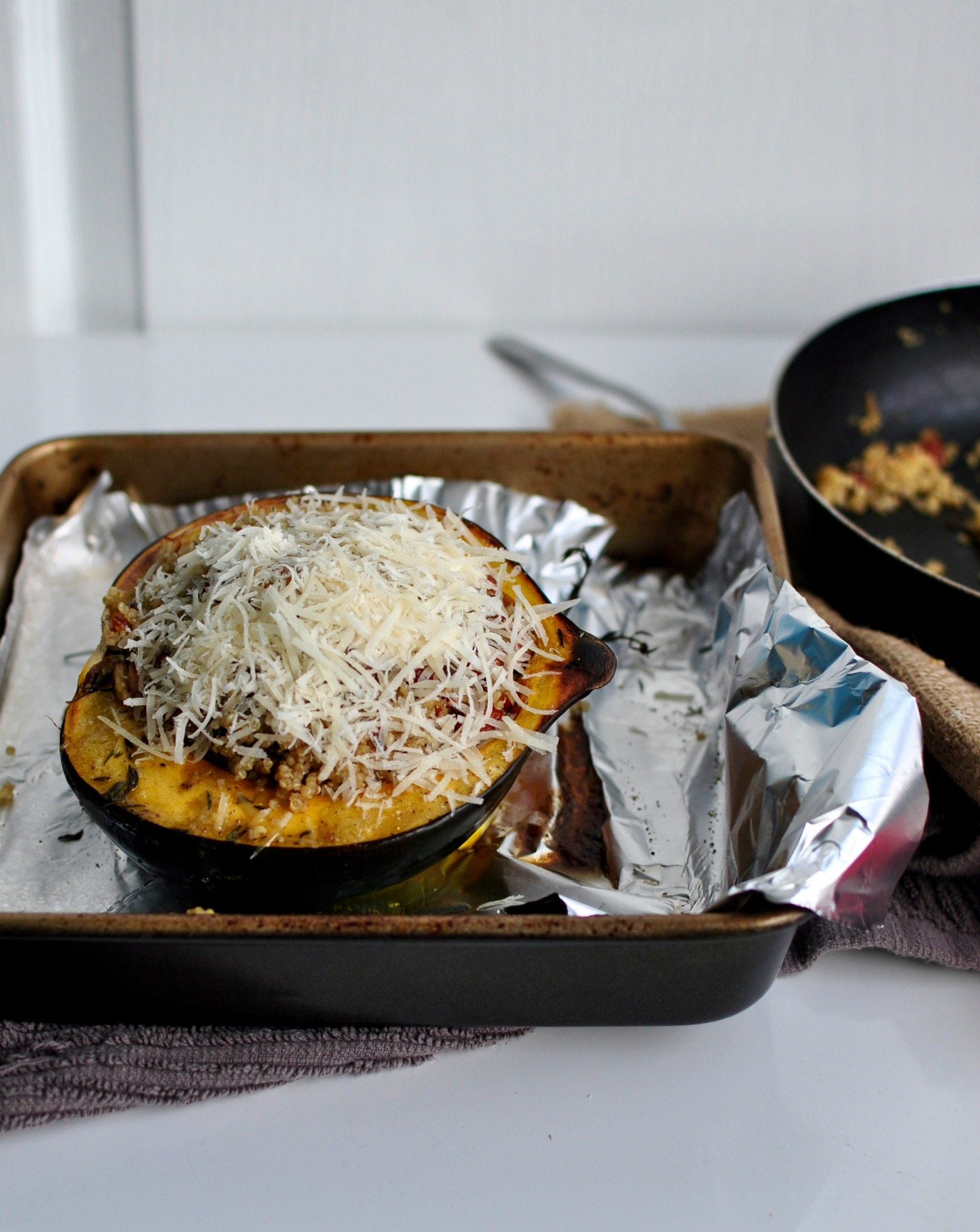 Of course, the filling is endlessly customizable but I love the simplicity of this one. The quinoa is the perfect texture and is studded with crunchy almonds. Packed full with grains, it makes this stuffed squash a nearly complete meal. With a beautiful leafy salad (studded with dates and lightly pickled red onion, perhaps?), it would be a plate of food that would satisfy anyone. The mushrooms add an earthy taste and even better texture to the filling and the orange flesh of the squash is perfectly roasted and becomes creamy and sweet. Unsurprisingly, the crunchy, golden parmesan top makes the dish utterly irresistible. If you want to try out the recipe (and I hope you do!) go over to where the full recipe is posted. Get Up and Do Something contacted me a few weeks ago asking if I would be interested in putting together a recipe for them and I was excited to do just that. 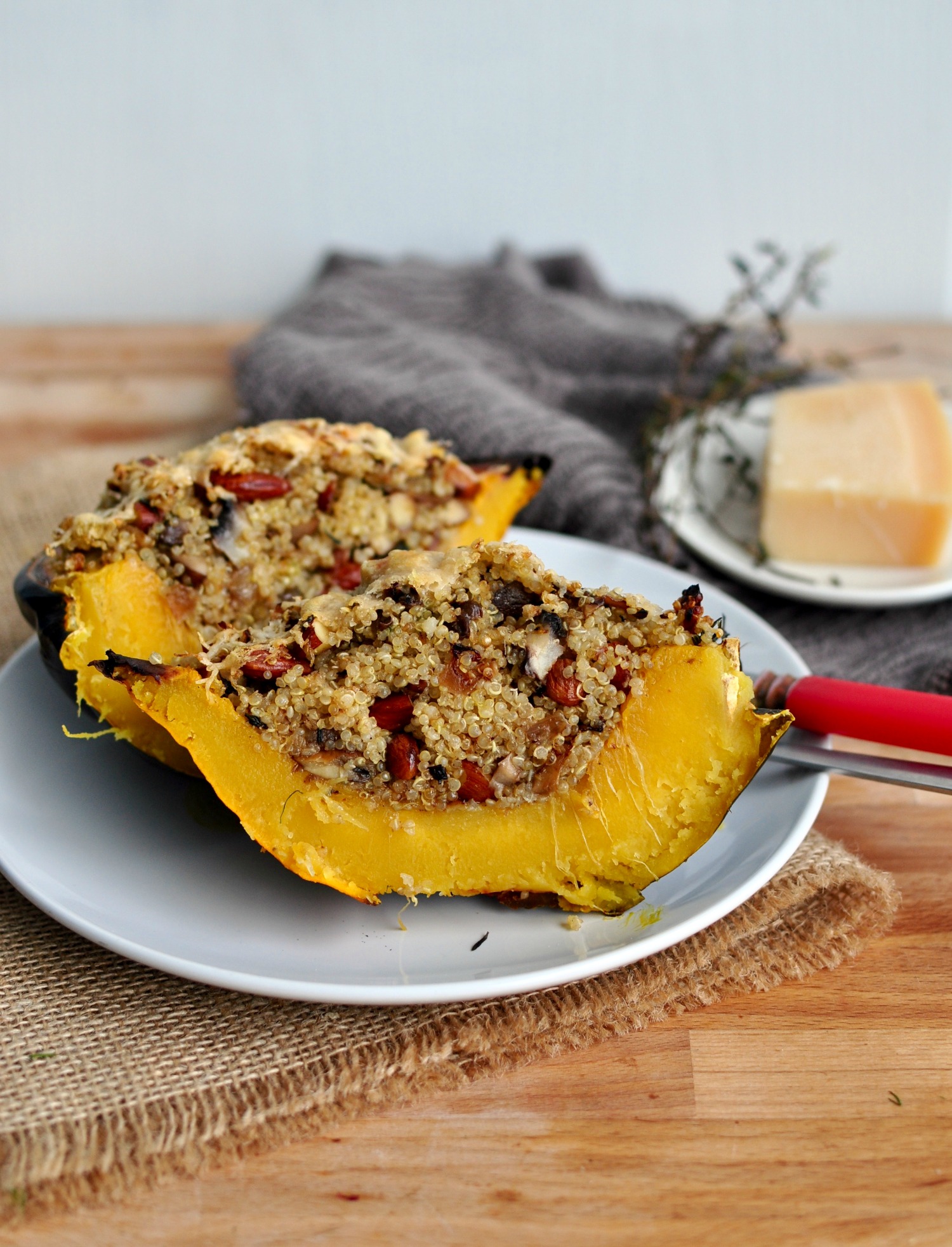