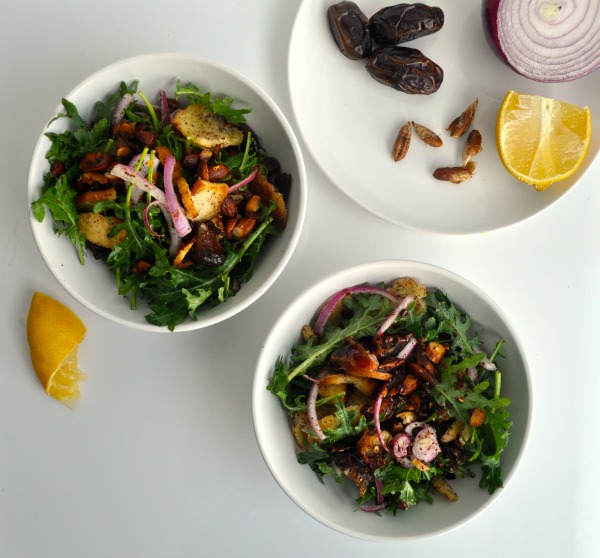 I actually think this is one of my favourite salads that we make. As many times that I have had it, I am always surprised by the punch of flavour that I get with every bite. I think that the genius of this salad is that you add flavour to each component and don’t actually make a dressing: the vinegar in the red onion and dates give the acidity and sweetness, the butter, sumac and chilli in the almonds and bread are the spicy and oily bit, and all the final dish needs is a squeeze of lemon and you’re good to go! 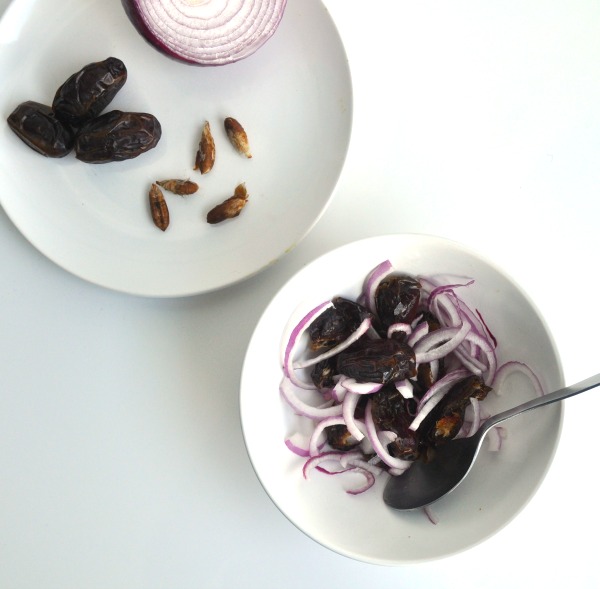 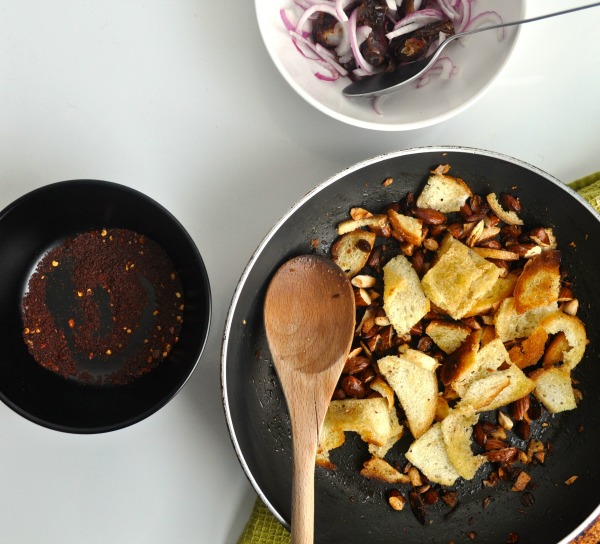 Probably the most addictive part of this salad is the almonds and bread fried with sumac and chilli. I have to hold back from just snacking on it straight from the pan. I have used this element in other dishes in the past (like this one) and I bet that these almonds would be delicious in the salad as well. They just add a unique flavour that adds something special to whatever you mix it in. If you have never had it before, sumac is a lemony, slightly spicy middle eastern spice. It is pretty unique but if you can’t find any and want to make this salad you can leave it out or replace it with something peppery and some extra lemon juice. It’s worth trying to track down if you can though! 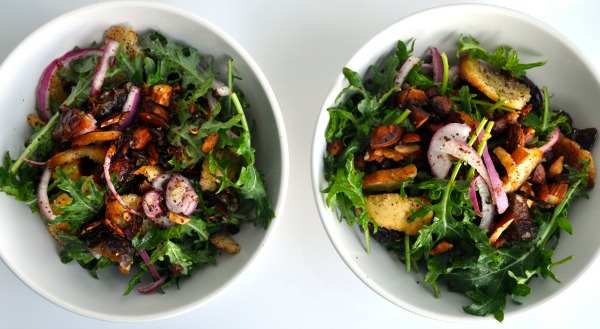 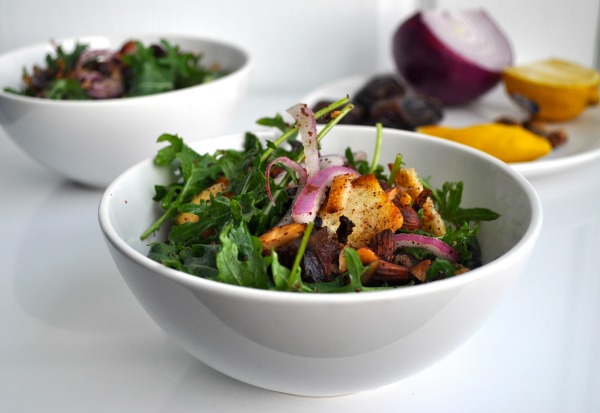 In the meantime, heat up a small pan and melt butter and olive oil.

Add baby kale, spinach or any green you choose to use and mix with bread and pita mixture.