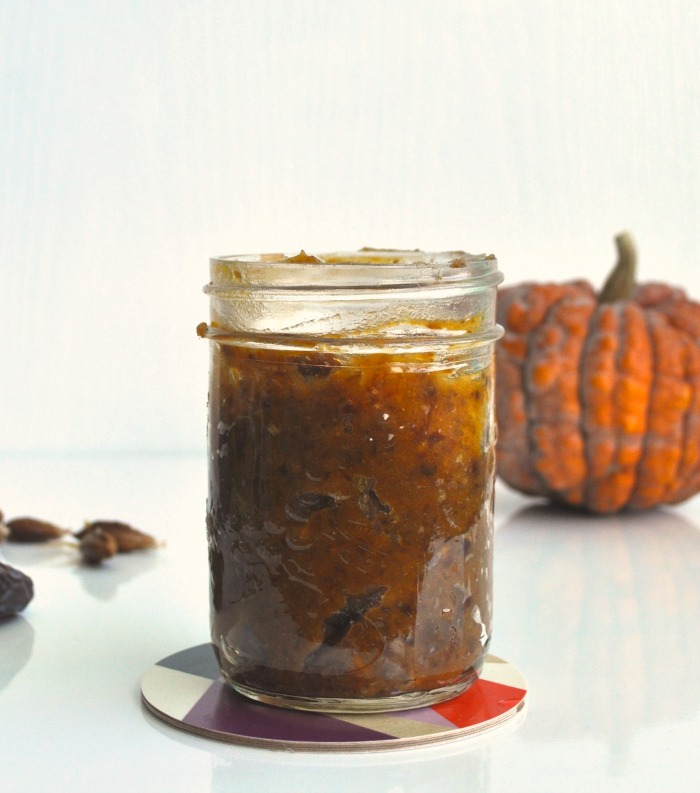 I am a fan of toppings. Whenever I make something that just begs for toppings (think enchiladas, oatmeal, you get the idea) I go all out. Then I get annoyed because I have to clean up a ton of bowls, but I guess it’s always worth it because I do it over and over again. This on the other hand is one of those dangerous spreads (like this chocolate-y temptress) that you keep in you fridge, think is going to last a couple of weeks, and disappears by the spoonful in a mere matter of days. It’s something that ends up slathered on everything from apple to bread to cake slices. Oh man. 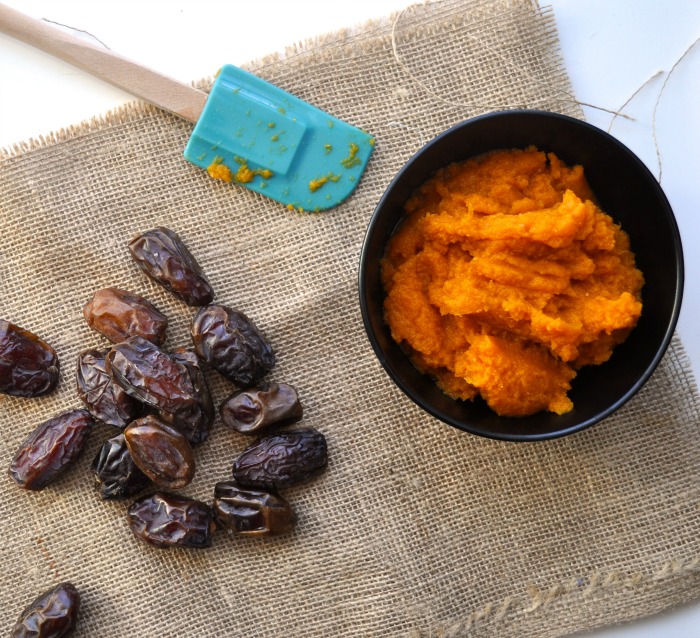 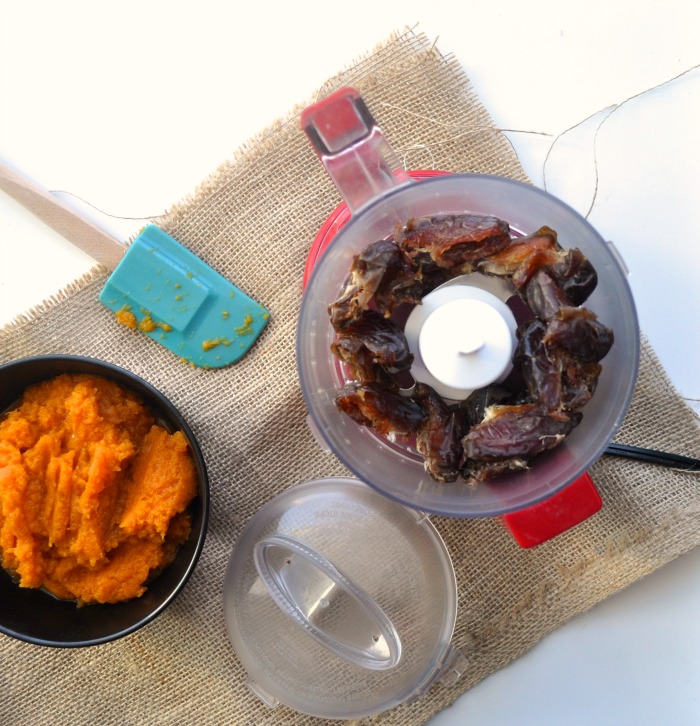 I have to admit the idea for this recipe came about in quite the roundabout way. A few weeks ago, I saw a tiny, knobby, discoloured pumpkin at the store and couldn’t resist. I justified the purchase, thinking it could take centre stage for all sorts of pumpkin recipe photos. If you’ve been here the past couple of weeks, you will know this hasn’t happened. While the blogosphere is not lacking in pumpkin recipes, my poor little guy hasn’t had his moment of fame yet, and it’s time to get in front of the camera! The problem is I’ve never really cooked with pumpkin before, so I was pretty short on ideas. 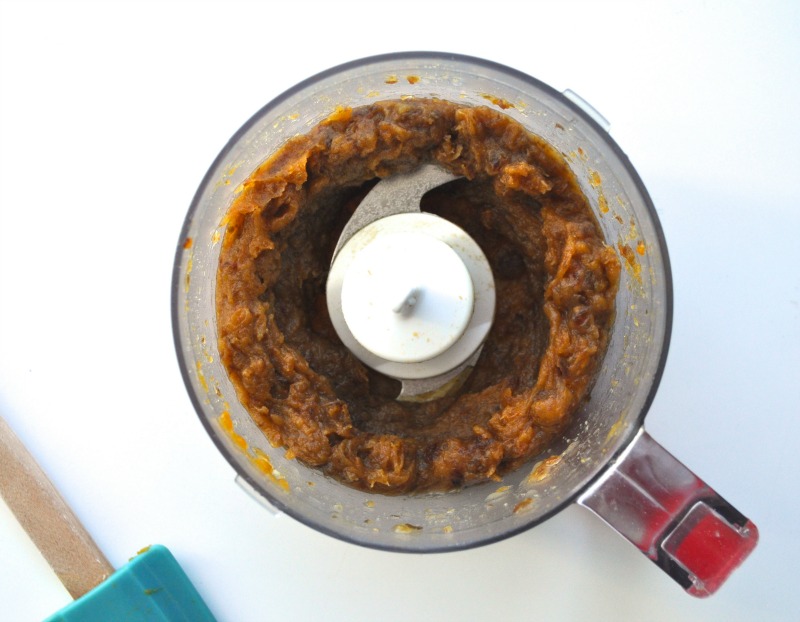 I think that date caramel is a thing. I have seen it on Minimalist Baker in the past and I was intrigued by the idea because I actually really like dates in sweets. I know that it’s just supposed to be a healthier alternative to processed sugar. And while it certainly is a healthier version, I consistently use dates to sweeten my smoothies and sweet treats because it is delicious. Dare I say, dates have a natural caramel-y undertone and also have magical power to make things stick together, so overall, it’s a great ingredient to play around with. 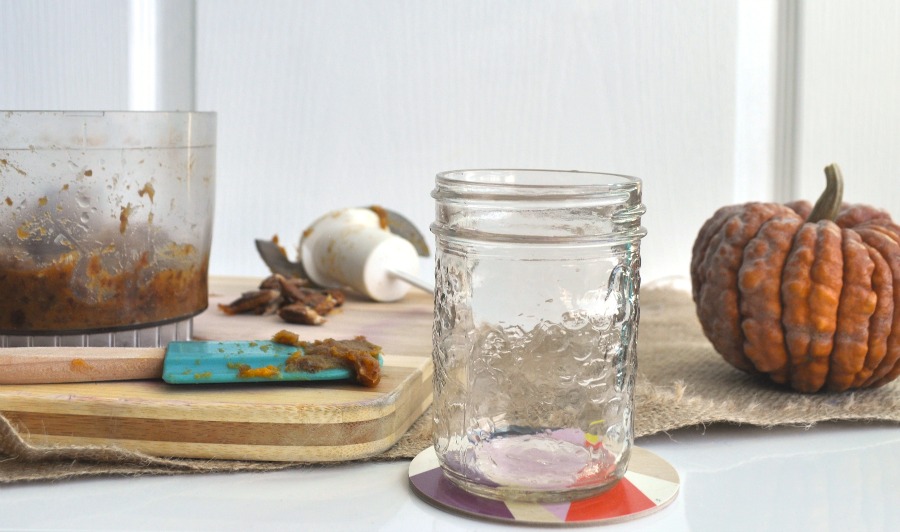 So, I am happy to finally try this date “caramel”, with a little pumpkin twist. It is definitely sweet but not overly so, it has a subtle pumpkin flavour and it has a wonderful smooth, spreadable texture. Don’t be fooled though, you won’t be tricking anyone into thinking this is caramel, so I opted to call it a ‘spread’ instead (but that doesn’t mean it’s not just as good). 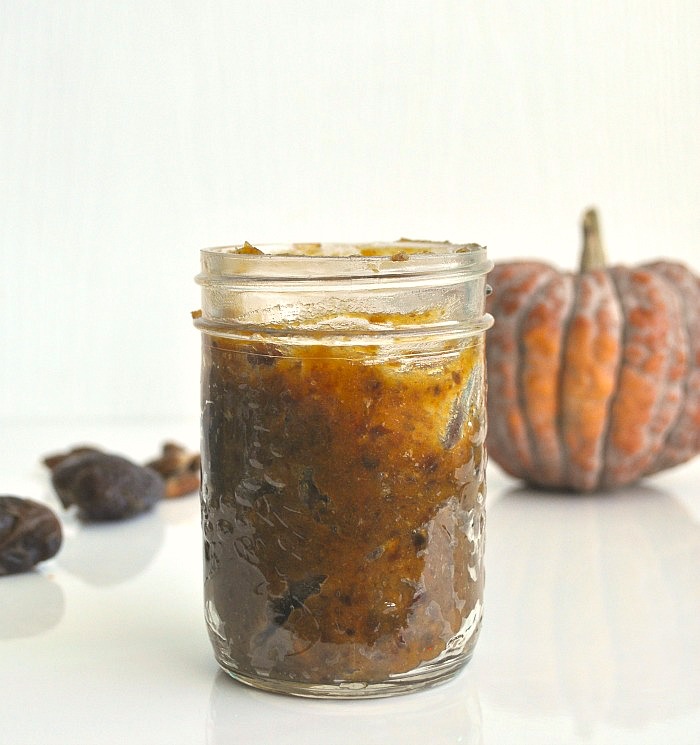 Depending on the consistency that you want you can add less or more water. As it stands right now, the spread is perfectly spreadable but not pourable.

If your dates are super dried out, soak them in some warm water to re-hydrate them before blending them.

Blend everything up in a food processor until smooth.