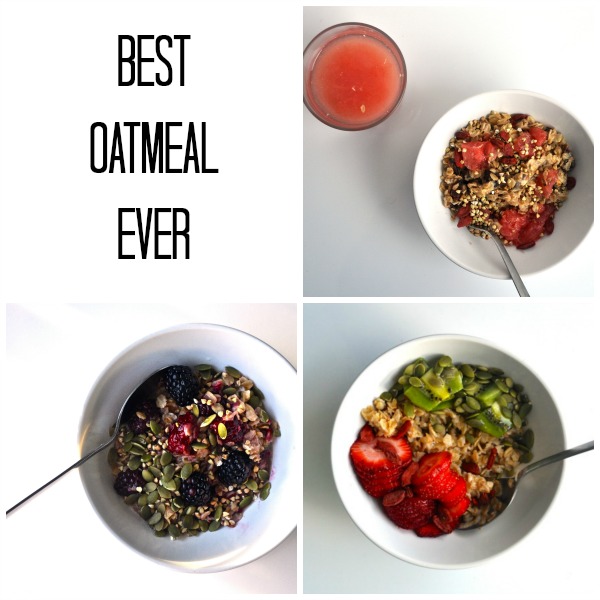 This is serious oatmeal business. For someone who has always hated (as in refused to eat in any form) oatmeal for as long as I can remember it feels like there is an unusual amount of oatmeal-related recipes on this relatively young blog. Well, what can I say? I’ve been converted. The other oatmeal recipe posted here was more of a revelation to me. It was cool that you could soak your oats overnight and wake up with a nice, filling breakfast, with some delicious toppings (if I may say so myself). In fact, for me, that one was all about the toppings, not the oats. This is quite the opposite. 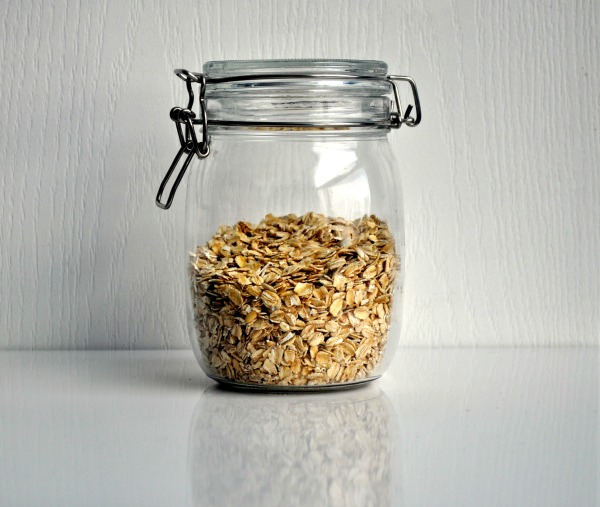 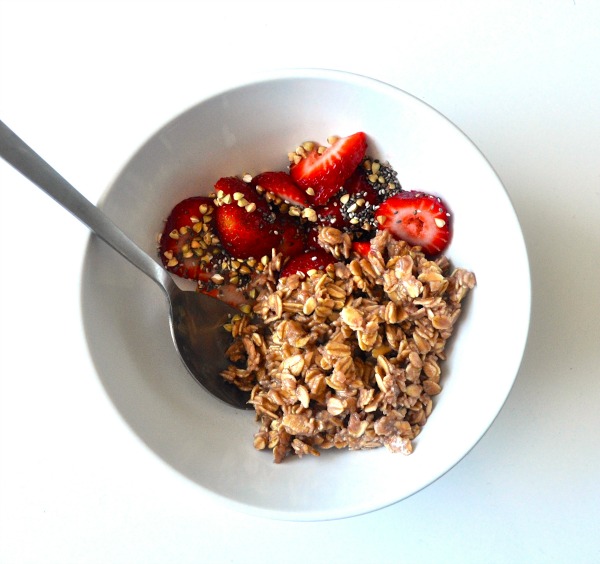 Man oh man. For every reason that I absolutely hated oatmeal all of my life, this bowl of goodness is the opposite. No soggy, mushy bowl of gruel here. The oats are perfectly cooked, tender but with a little bite to them. There is actually something nice about eating a warm breakfast and have it be reminiscent of cereal, my usual go to. I can say that over the past couple of months, this has actually replaced my breakfast a few mornings a week and has become a go-to snack as well. I have experimented with a bunch of different toppings and flavourings and I thought I would share some here. But more importantly, the method of cooking the oats is what’s going to change your oatmeal outlook. 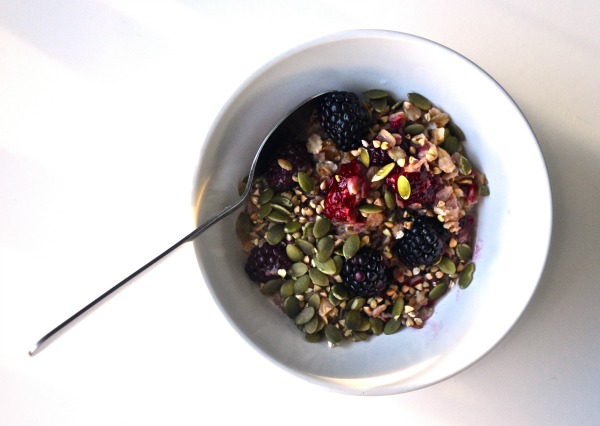 This is by no means an original technique. It’s been floating around the internet, especially recently, because of the recent release of Meghan Gordon’s Whole Grain Mornings. I’ve talked about her before with the granola recipe I posted a couple of weeks ago- clearly this lady knows her way around oats. The process is simple: toast your rolled oats (you can’t use instant or steel-cut oats here!) in the tiniest bit of butter (if you do it in a dry pan, they will just burn. I have tried!), the pot that you are cooking your oats in should be large enough that your oats are not piled on top of one another, they should be laying in a thin, even layer at the bottom of the pan so they can all cook equally and retain their texture. Once toasted, add the same amount of liquid (I usually use 1% milk) as oats, cover and turn off heat. Let sit covered for 6-8 minutes and you have perfect oats every time! 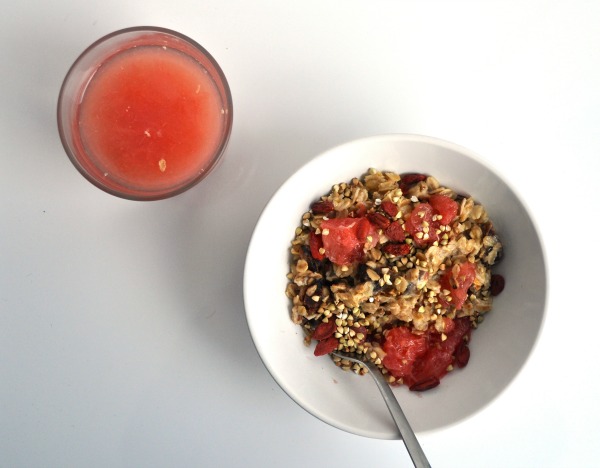 As I mentioned before, toppings are endless, but there are some good ideas below. I pretty much always add things like chia seeds, buckwheat hearts, pumpkin seeds or another nut to my bowl for some crunch. I’m a fan of maple syrup for sweetening the whole thing, but if you cook it in chocolate milk, no need for sweetening and it is quite the delicious snack. Last, some freshness from some fruit is always welcome. The cold nuggets of goodness contrast against the warm oatmeal. There is nothing better than getting a bite of raspberry, kiwi, or grapefruit (try it! and you even get to reserve the juice for some fresh-squeezed goodness). However, I also discovered if you let the fruit soak along with the oatmeal (see Blackberry oatmeal below) the fruit starts to turn jammy- so ridiculously good.

Over medium-high heat, melt butter in a pot that is large enough for your oats to be evenly distributed in a thin layer at the bottom.

Add oats to pot and toss, toasting for a couple of minutes.

Once oats are toasted add liquid and cover pot.

Turn off heat and let sit for 6-8 minutes.

When adding your milk to the pot, add half of your blackberries as well.

Top with toppings and serve.

When adding your milk to the pot, add your dates, salt and cinnamon as well.

Top with toppings and serve. Have the grapefruit juice on the side!

Use chocolate milk as your liquid.

Top with toppings and serve.

3.1
http://mysecondbreakfast.com/best-oatmeal-ever-recipe/
Best Oatmeal Ever Recipe was last modified: March 2, 2014 by My Second Breakfast