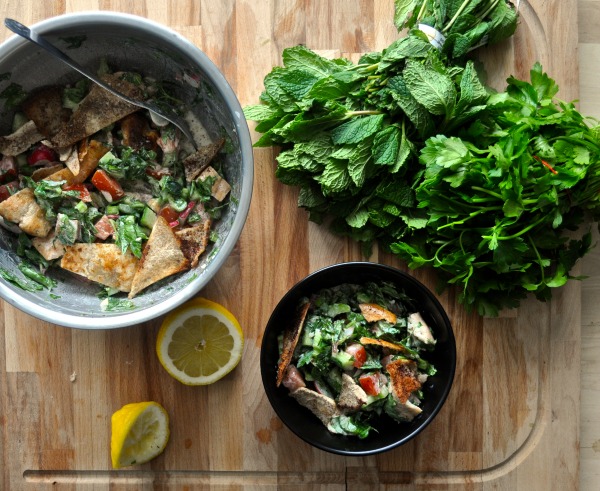 Last night I held book club at our place. I toyed with the idea of making tons of new stuff that I could share up here, but decided to go with a tried and true meal (curried lentil soup, kale salad with dates, pita and sumac, and some chocolate chip cookies) especially since it had to be vegan and dairy free. Anyway, eating the salad reminded me how glorious salad with some crispy bread in it is. Unfortunately, I’m not used to cooking for more than two people and there were no leftovers to satisfy my cravings. Instead of making the same salad today, I decided to make another crispy bread wonder: fattoush. 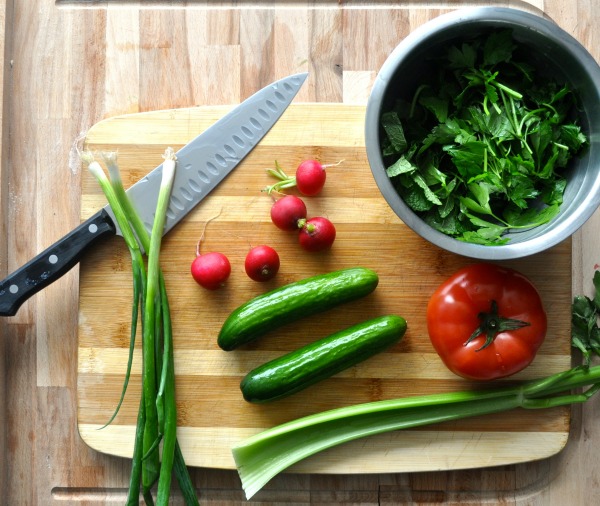 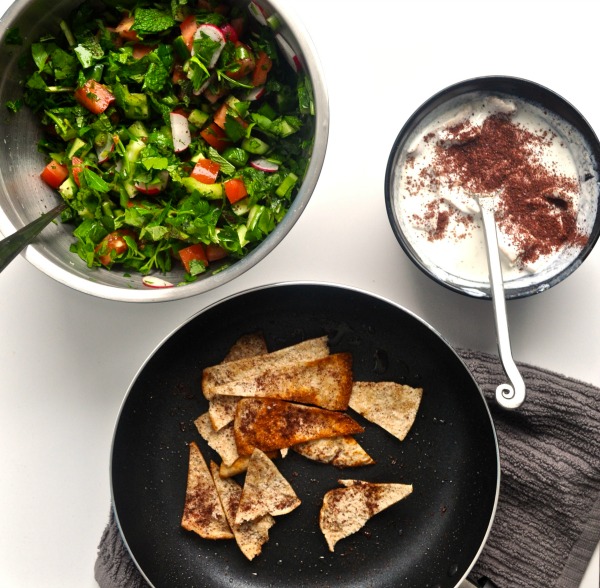 Fattoush is a middle eastern dish that, in my mind, is all about the crispy pita, folded in around fresh, crunchy vegetables and a lemony dressing. The sumac pita in this recipe is seriously out of this world. I know that sumac is not necessarily the most common spice to have on hand. However, if you can get your hands on it, you won’t regret it. It’s a dark red colour and tastes faintly lemony. I don’t really know what you would replace it with, but if you don’t have any, the salad would be worth making without it. 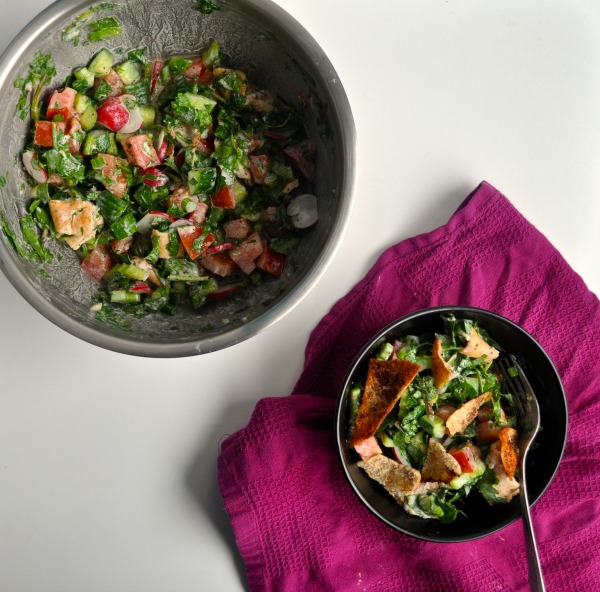 Like the other salad with bread in my repertoire, this recipe hails from Ottolenghi’s Jerusalem. The most surprising thing about his recipe is that it actually calls for you to soak the bread in the dressing rather than using crispy pita. I decided to do half and half so there would be a bunch of different textures going on. Let me assure you, the extra step of toasting off some pita and tossing it in sumac makes all the difference. This salad is absolutely to die for. It almost gets better then longer it sits, so it’s a great one to have leftovers of. It’s crunchy, zingy, and completely satisfying. The recipe will make a bit extra dressing that will sink to the bottom of the bowl as you let the salad sit. Personally, I drank the dressing at the bottom of my bowl instead of topping it up with more vegetables (no shame!), but if you want, you can probably make less of the dressing and be fine or know that you can add some extra vegetables if you are making this for 4 people. 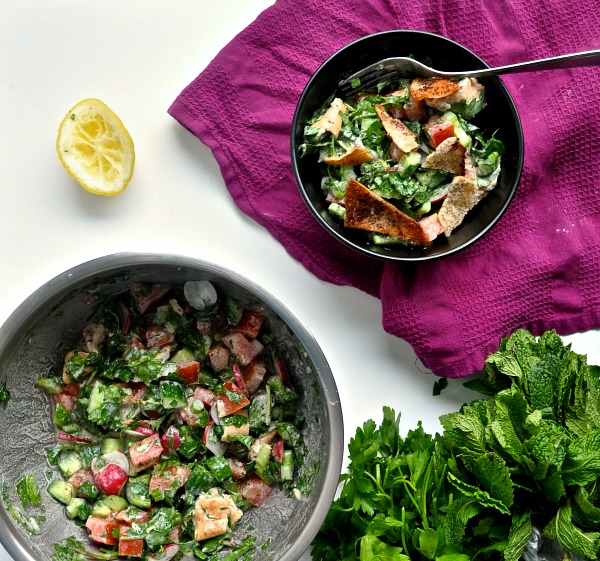 You'll have some extra dressing sitting at the bottom of the bowl. Either, you can add some extra vegetables if you are making this for a bigger party, make a little less dressing, or drink up whatever pools at the bottom of your bowl (that's the route I went).

In a small bowl, combine milk, yogurt and lemon juice. Let stand at room temperature for about an hour.

Add half of the pita to the yogurt mixture, and let sit for about 5 minutes.

In a pan, over medium-high heat toast half of the pita in some olive oil. Once toasted, toss with sumac.

One thought on “Fattoush Recipe”