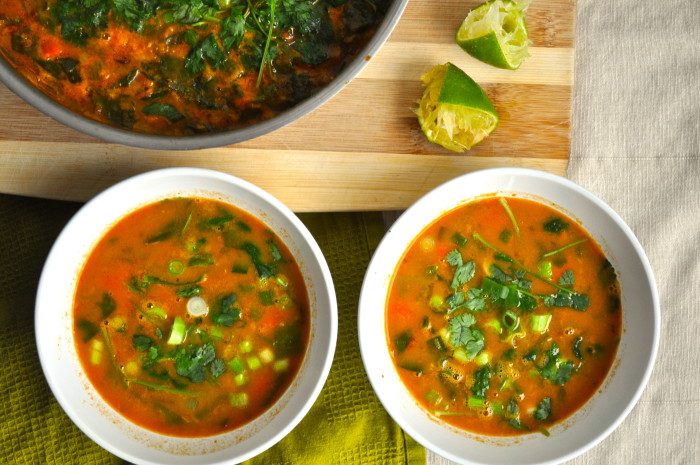 I debated for a very long time whether to post this recipe. I made this soup for the first time before this blog existed. I got the recipe off of 101cookbooks.com and it was perfect. I ate it all week for lunch and didn’t get sick of it one bit. Beyond its deliciousness, there are so many things that I love about this recipe. First, it doesn’t call for any stock (I have still yet to find a vegetable stock that my boyfriend and I both like) but it is still incredibly flavorful (usually I have to add a lot of additional seasoning to make water based soup taste). Second, it’s hearty, warming and healthy feeling when you eat it. Last, I have most of the ingredients on hand at all times, so it’s a great recipe to have for a day that I don’t feel like going to the store. 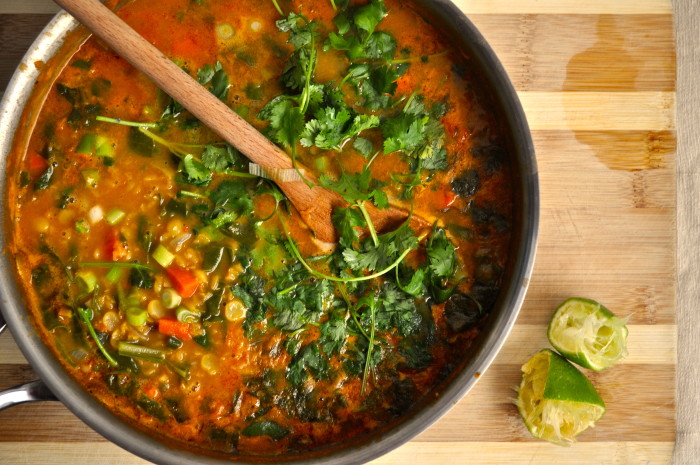 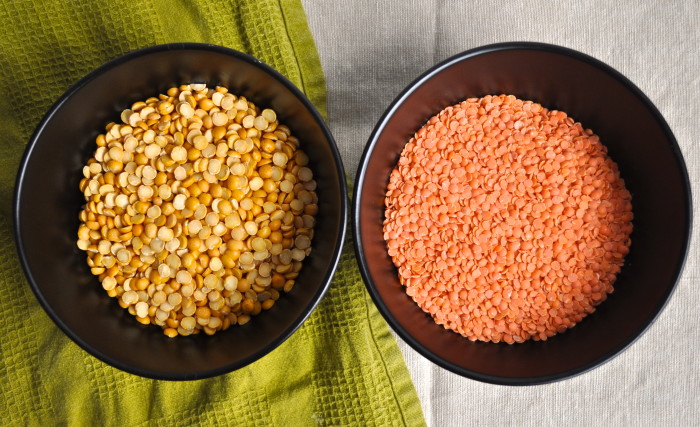 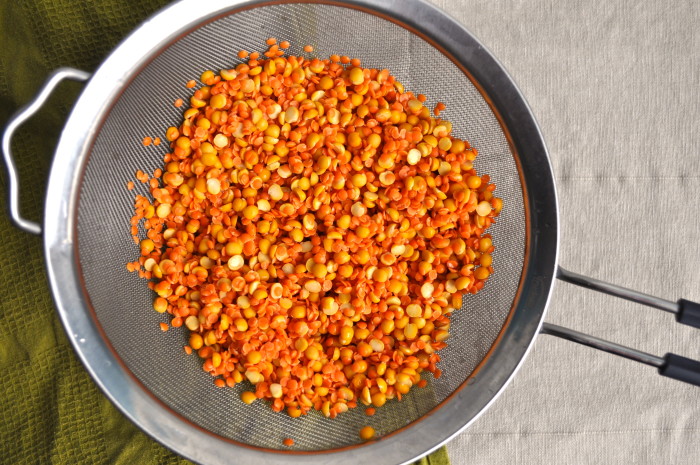 So why on earth wouldn’t I want to share this gloriousness with you? Well, because it was completely perfect as is and it seemed silly to post the exact same recipe, that’s already out there in the blogosphere, here. In the end, I decided that since this would surely be a staple in my fall and winter (eek!) diet, it belonged up here.

In the end, I changed a few things. I had some onions and beet greens staring at me from the CSA box, begging to be thrown in. While I changed a few things here and there, it’s still pretty much the same recipe that I originally made. It tastes exactly like I remember- it’s a solid base recipe that can be tweaked here and there without doing any damage to the final product. 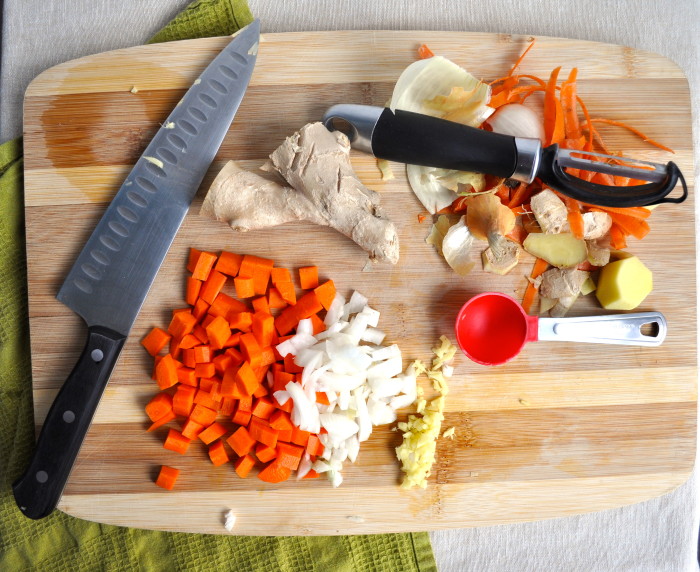 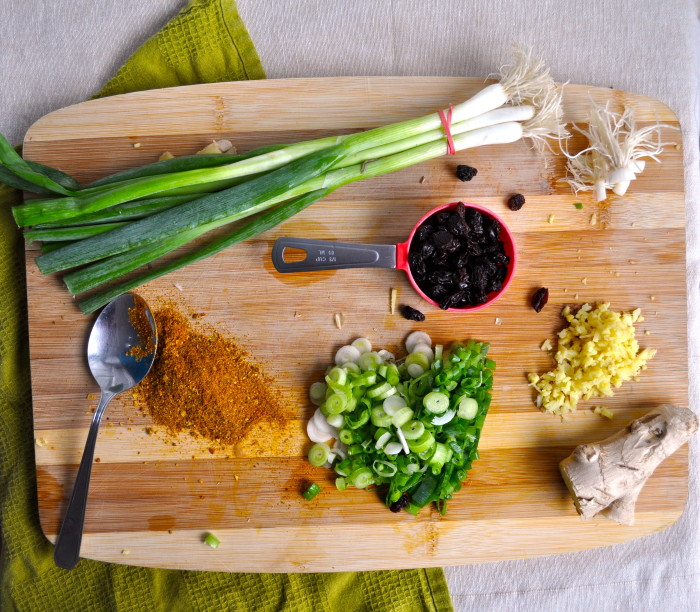 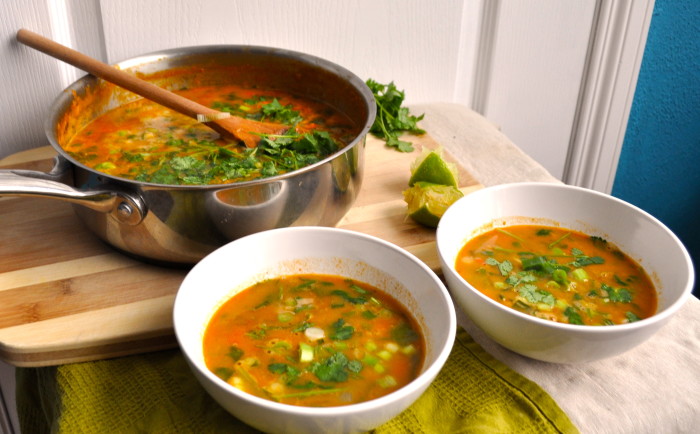 The genious of this recipe is the combination of the lentils and split peas. By cooking them together, for the same amount of time, you get two wonderful textures in the soup. The red lentils disintegrate quickly, providing the soup body and flavor. The split peas are still al dente, giving it some bite. I love the addition of the raisins, which are sweet treats and another textural surprise. 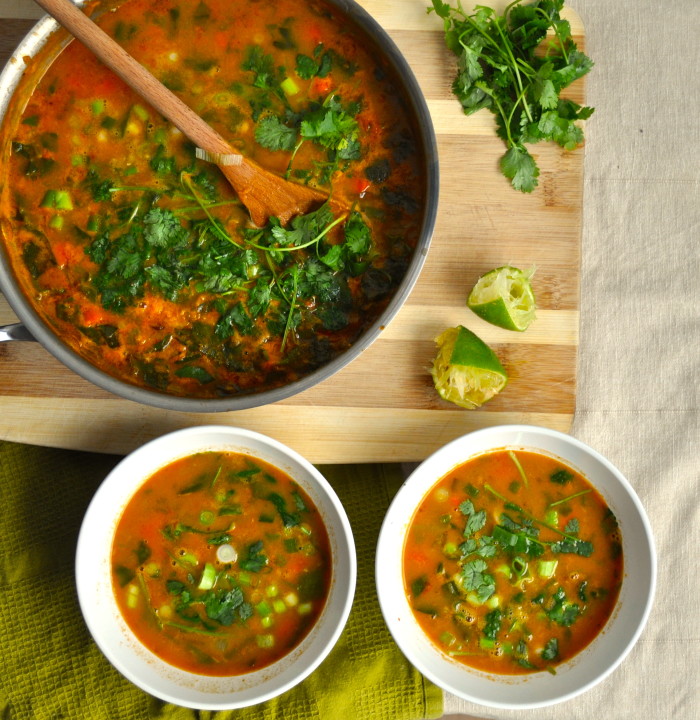 If you don't have any beet greens, you can replace them with spinach or swiss chard (or you can omit this completely). You can cook the soup as much as you would like (if you want it thicker) but as it sits it will thicken a bit, so keep that in mind. The mix of red lentils and split peas gives the soup a wonderful texture (as the red lentils break down a lot faster) so try and use both if you can.

In a medium pot (that holds at least 12 cups of liquid) combine water, split yellow peas and red lentils. Bring to a simmer.

Once it simmers, add carrot, onion, and 1/2 tablespoon of ginger. Boil for 30 minutes or until the red lentils are broken down.

In the same pan, on medium-high heat, add butter.

Saute raisins, remaining ginger, and 4 of your green onions until soft (about 2 minutes).

Once the red lentils have broken down, add the raisin/tomato paste/spice etc mixture and the coconut milk to the pot.

Add beet greens and simmer for an additional 10 minutes.