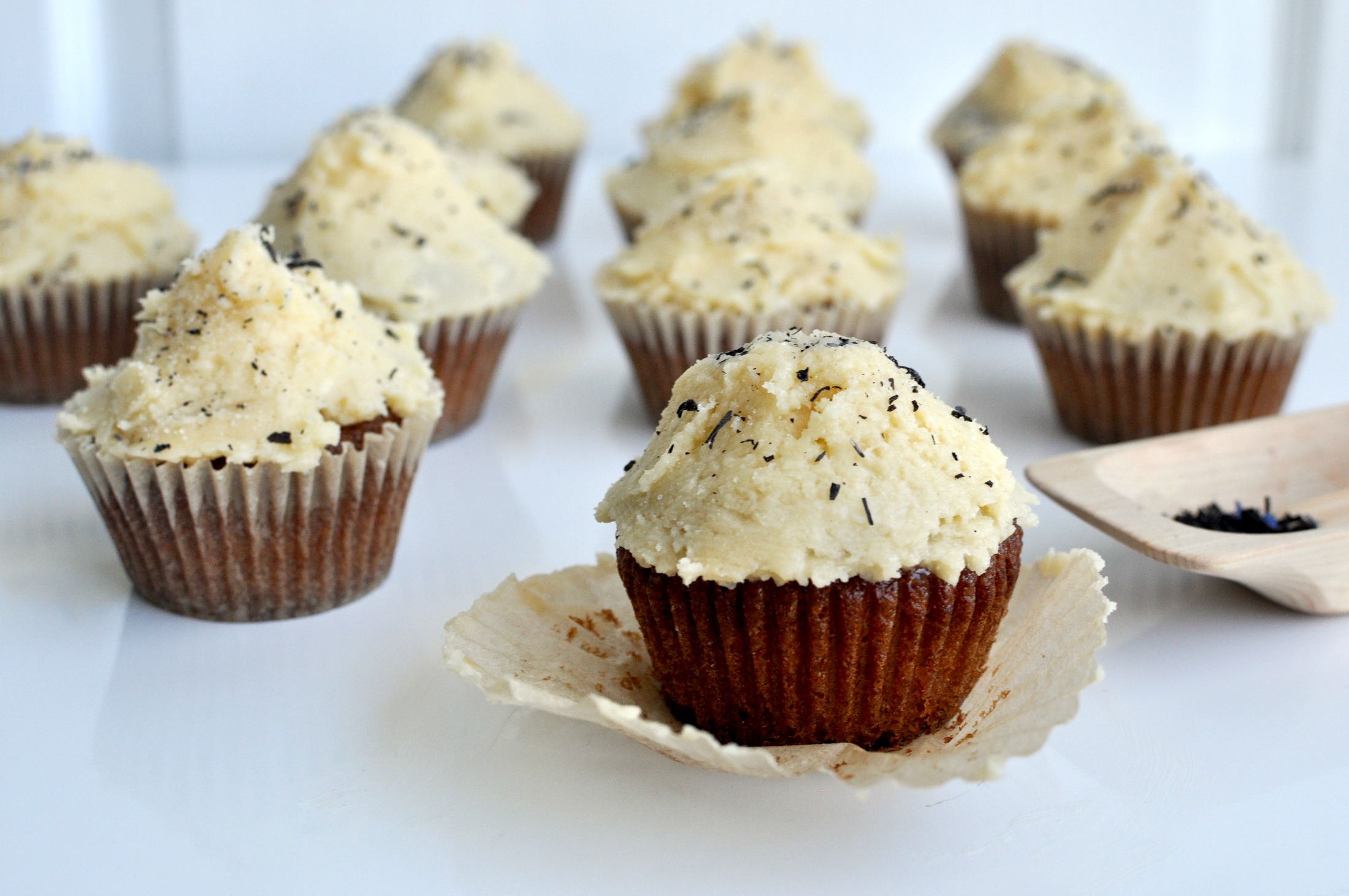 These earl grey vanilla cupcakes are the second half of the potluck dish that I made earlier this week. If you didn’t see my last post, I brought these, along with my black sesame chocolate cupcakes, to a surprise baby shower. I don’t know if there are any fellow bloggers reading this (I guess this would also apply to the general public?) but I become slightly crazy when I take part in a potluck (especially if it is something that I’ve made for the first time and that I intend to post on the blog). I watch everyone’s face as they eat what I brought, judge how popular it is compared to other dishes, and feel compelled to keep tasting whatever I brought to make sure that I still think it is good. The best sign is if someone asks me for my recipe. That’s when I’ve succeeded at potlucking in my books. I recognize that this is probably not the best quality in a potluck participant but we all have our quirks? 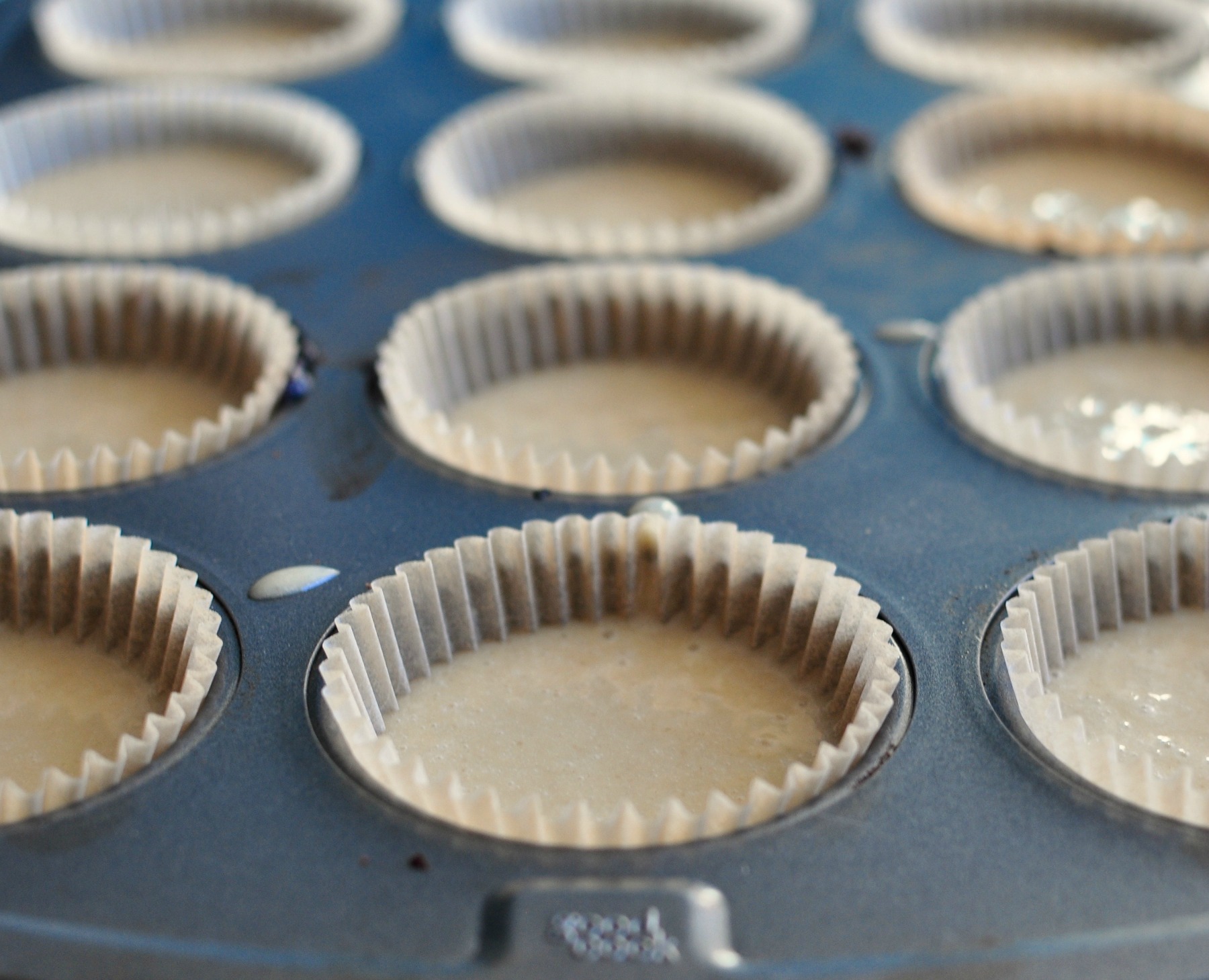 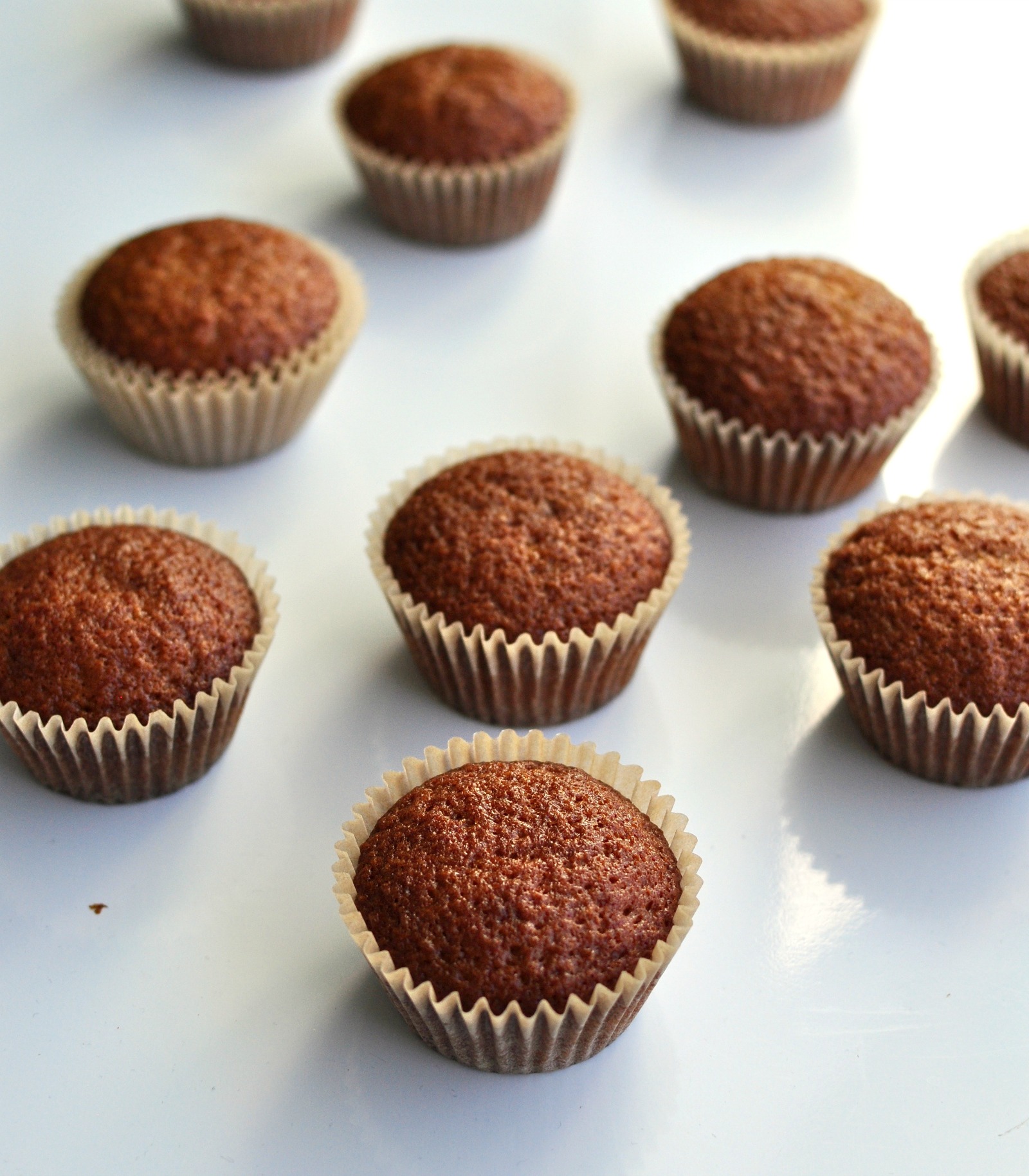 Like black sesame, earl grey is a flavor that I always come back to. If I had to pick it’s probably my favourite tea. On top of classic earl grey, I also like “lady” earl grey tea, which has the addition of lemon, orange and lavender and cream of earl grey, which tends to have a bit of vanilla in it. So, when I was trying to think of a flavor to jazz up my vanilla cupcakes, earl grey came to mind. On top of drinking it, I have also made earl grey flavored ice cream but this was the first time I’ve tried to infuse the flavour into cake. It was harder than I thought it would be. I wasn’t super happy with my first batch of the cupcakes. They tasted good but they didn’t have a very distinctive tea flavour. So, despite the fact that I had just made 24 cupcakes the day before, I decided to brave the cupcake making process a second time and tweaked a few things to make sure I was packing as much earl grey flavour as possible into the cupcakes. The cupcake incorporates tea in four different ways. It’s steeped in both the milk and the water. It’s also ground up and rubbed with the sugar. There is a bit of earl grey tea in the frosting. And I sprinkled some ground up tea leaves as garnish. Needless to say, the second batch was way better and tea-ier than the first. 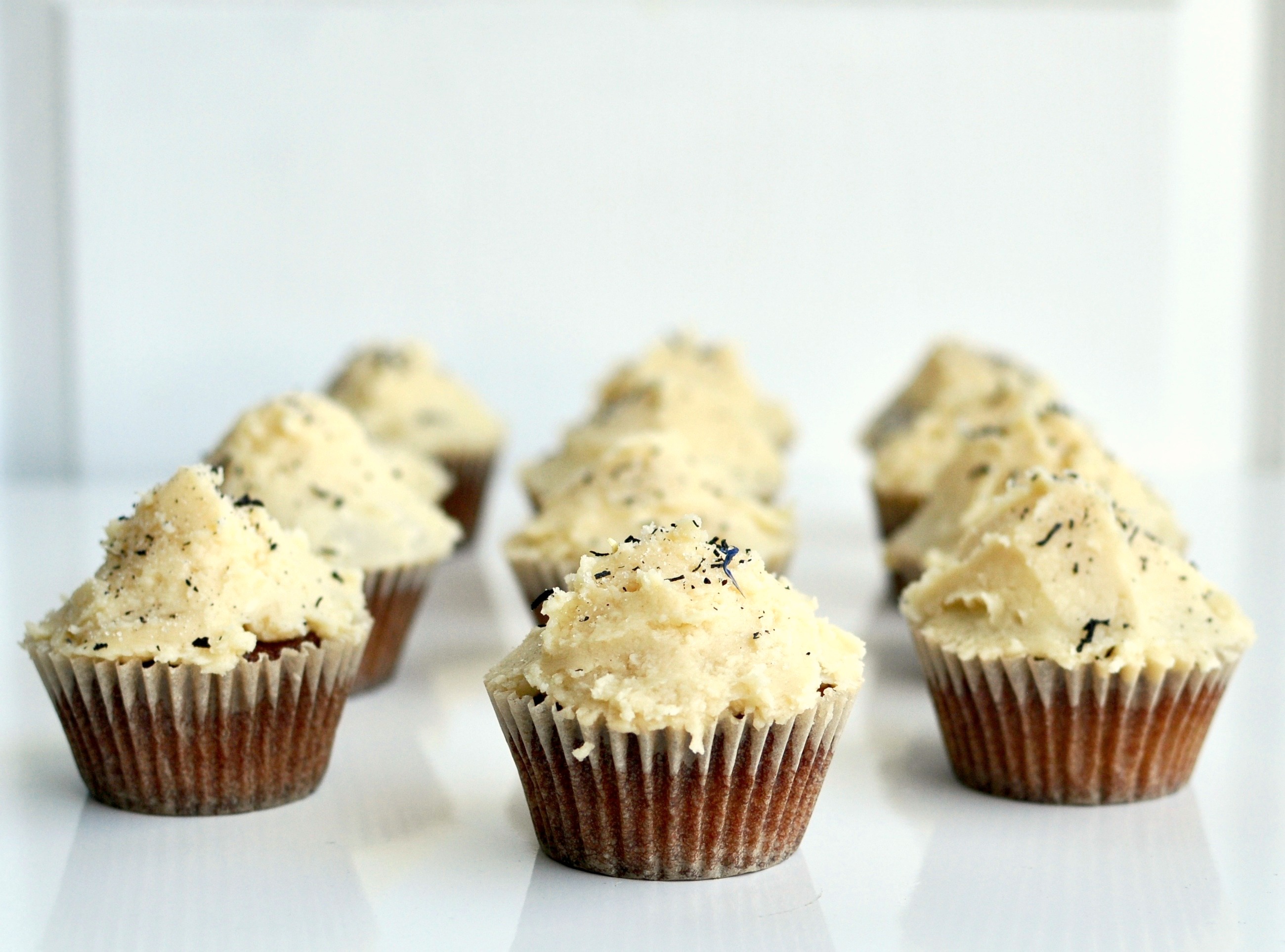 The base of these cupcakes are the same as the chocolate version, swapping out the cocoa powder for a bit of extra flour. They are much sweeter than the desserts that I am used to making. I really enjoyed taste testing the first one, but the second one (within a time span of 10 minutes) kind of put me over my edge. It made me realize how unsweetened I prefer my desserts (most of the time, there’s always an occasion where a sugar craving really hits) because I think they are a pretty normal sweetness if you would ask most people. They are really no sweeter than a cupcake that you would buy at a store (if you’re looking for a bit of a healthier version, check these double chocolate coconut cupcakes out). Luckily, I had a hungry neighbour who was more than happy to take the extra cupcakes on Day 2 and now that these actually taste like earl grey vanilla cupcakes, I am also more than happy to share the recipe.

Recipe adapted from My Name is Yeh.

Only fill the cupcake tins up halfway. If you overfill it, the cupcakes will overflow and collapse.

Read the recipe carefully! You are using your milk/water/tea mixture three different times: 1/2 cup cold down with the rest of the wet ingredients, 6 tablespoons boiled and poured into the combined cupcake mixture, and 2 tablespoons in the frosting.

In a mortar and pestle (or using a spice grinder), grind 1 tablespoon of tea.

Mix the ground tea, the sugar, flour, salt, baking powder, and baking soda together in a large bowl.

In a medium bowl, whisk together 1/2 cup of the cooled down tea/milk/water mixture, the egg, vanilla extract and neutral oil.

Pour the medium bowl of wet ingredients, into the large bowl of dry ingredients.

Remove two tablespoons of the tea/milk/water mixture from your pot to use in the frosting, set aside.

Take the rest of the tea/milk/water mixture (there should be 6 tablespoons left) and bring it to a boil. Pour boiling tea/water/milk into the cupcake batter, stirring until fully combined.

Pour batter into cupcake tin, filling each one up only halfway.

Bake for 15-20 minutes (a toothpick should come out clean).

Let cool for 10 minutes in the pan and then let cool on wire rack until completely cool.

Use an electric mixer to beat all of the ingredients (including the 2 tablespoons of cooled-down reserved tea) together.

Once the cupcakes are cool, use a knife to slather on the frosting. I liked putting a thin layer of frosting first and then adding a second layer to build it up into a nice shape.

I garnished the cupcakes with some ground tea leaves (because it looked pretty, it doesn't add any flavour)