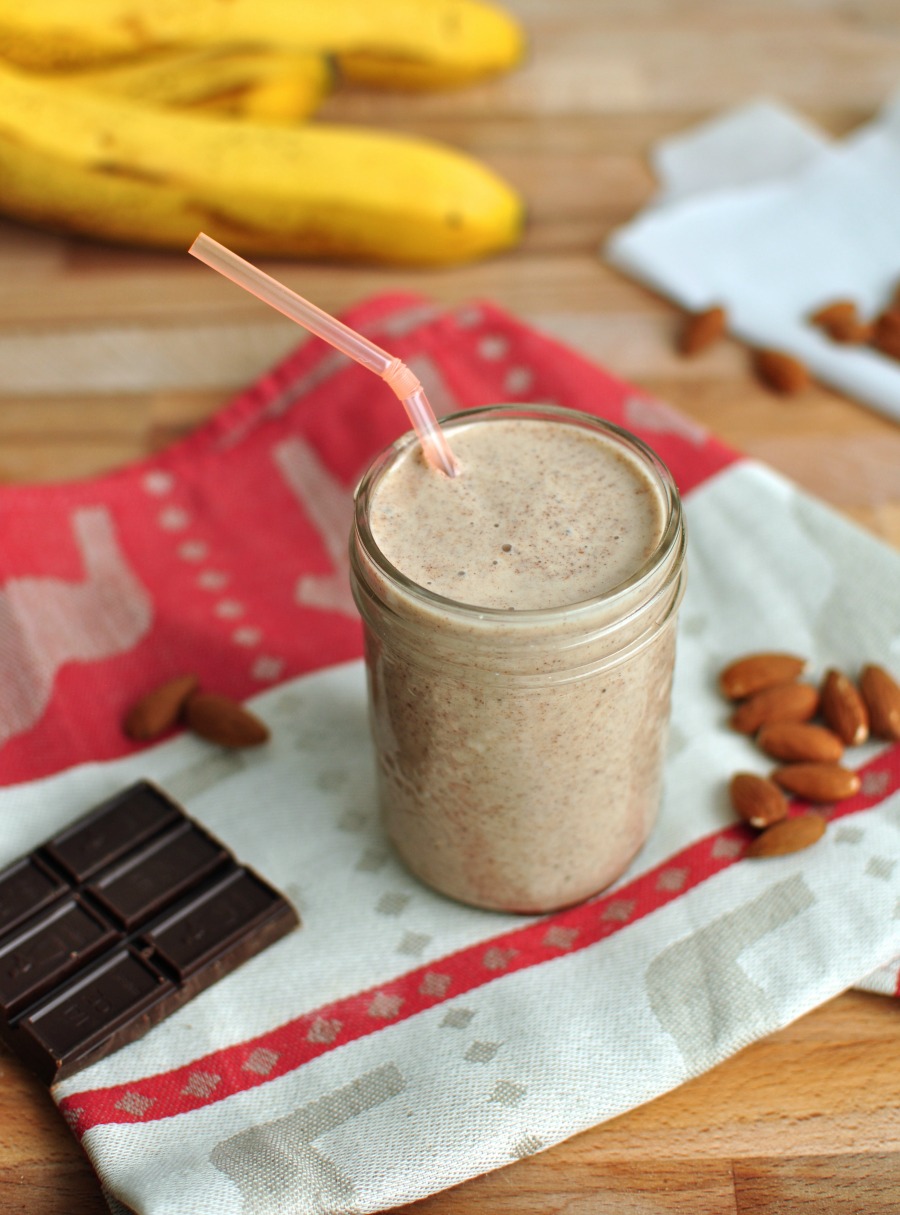 I lived with a shitty blender for a very long time. To be fair, I always knew there were better ones out there but I hadn’t realized how much better, better could be. The blender had been dying a slow death for some time now. First, a little plastic piece on all of the cups broke off, so I had to stab a piece of the blender with a fork for it to actually blend. Then, the plastic piece that makes the blade spin slowly chipped away until it would spin no more. I have to admit, when it died, I wasn’t a happy camper. I wasn’t looking forward to shelling out cash for a new one, and it had served me well for many years. I have successfully made many smoothies with it, but I have to admit, now that I got a new and improved blender, I wish it had died sooner. 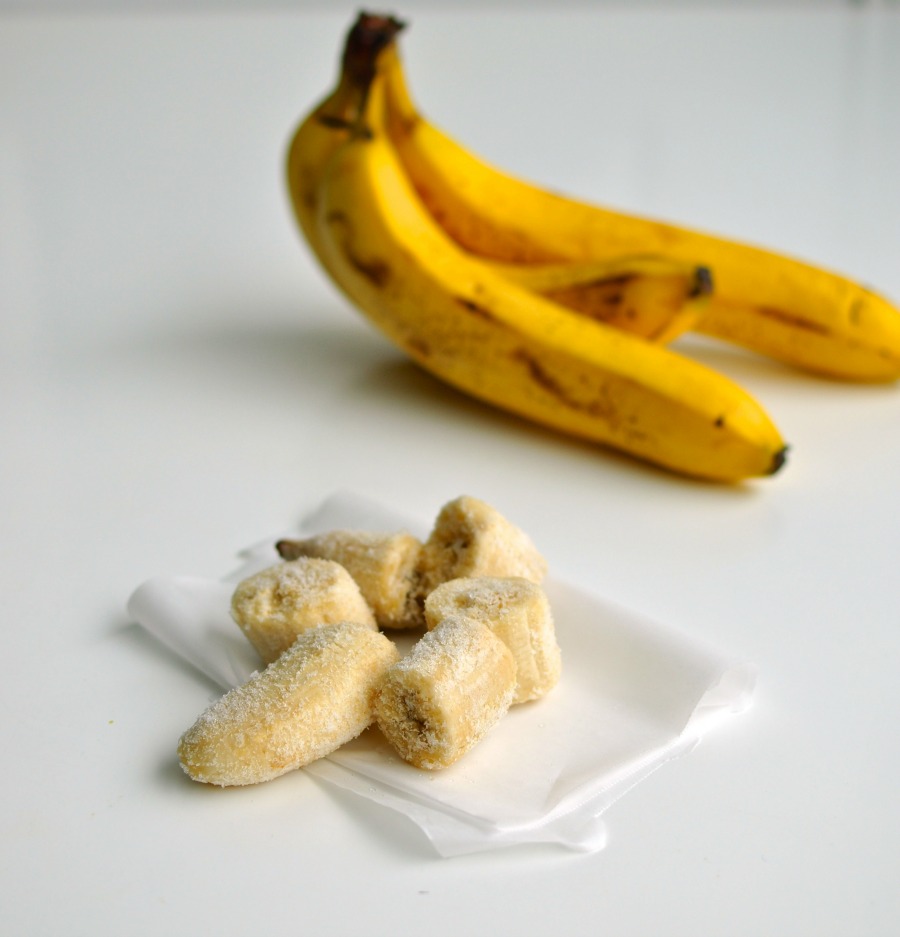 The first time I used our new Nutri Ninja, I successfully made a classic frozen fruit based smoothies. I admired the speed with which it blitzed everything into a smooth, creamy treat, but I didn’t realize its power until I decided to try something a little bit different. I have made smoothies with seeds in them in the past, but I really haven’t been able to crush nuts before. I have gotten around this in many delicious and successful ways but it’s always been much more time consuming than it had to be. I feel like a whole new, nutty world of flavour has opened up to me. 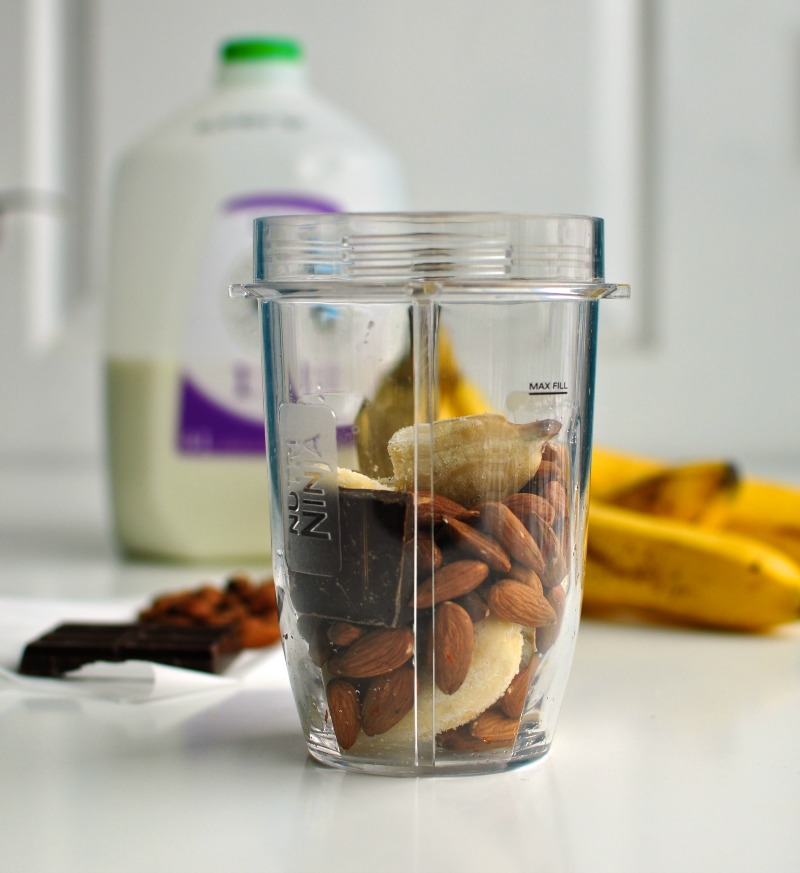 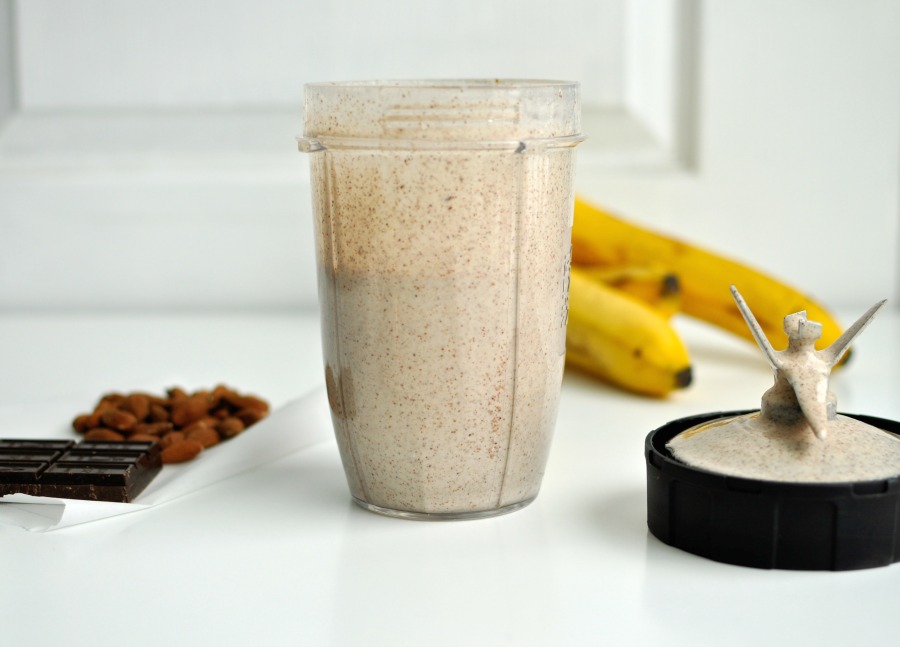 This banana almond smoothie is made with the simple combination of almond, banana and a hint of dark chocolate makes this a perfect dessert or mid-afternoon-and-I-need-something-sweet smoothie. It is also pretty filling and relatively healthy. The almonds give the smoothie a very vague marzipan taste and the frozen banana is your best bet for making any drink creamy, thick and naturally sweet. I can’t wait to experiment with some other flavours, but had to post my first discovery here. For those of you who, like me, hadn’t realized a decent blender could pulverize nuts and chunks of chocolate in a smooth drink, I hope you get to try it out soon. 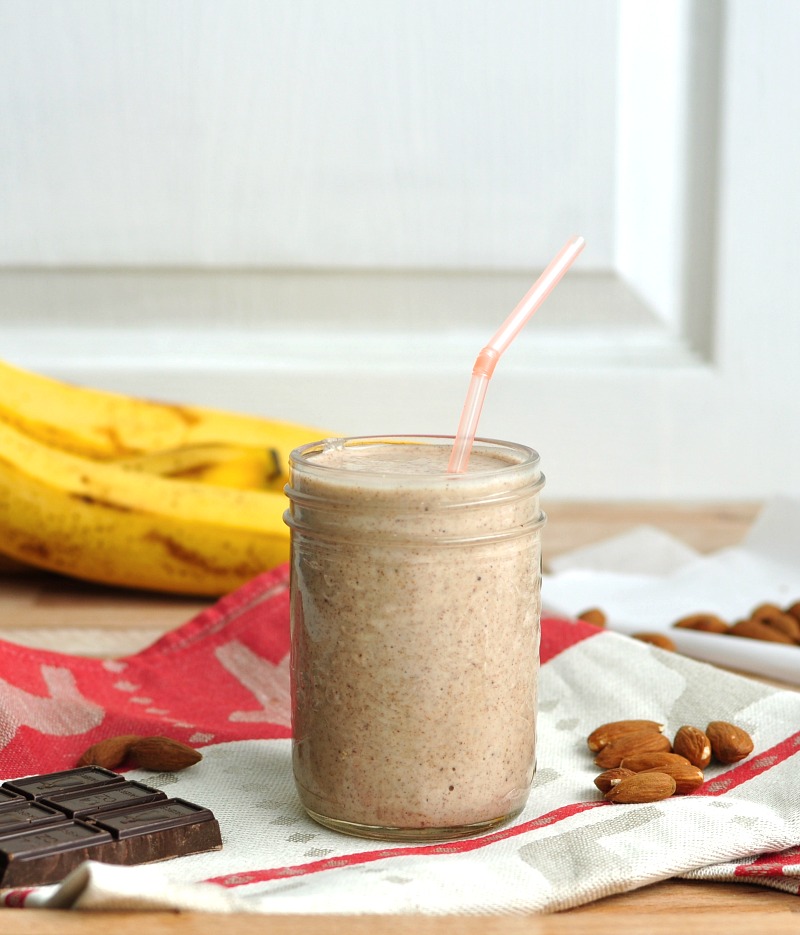 Blend together until smooth