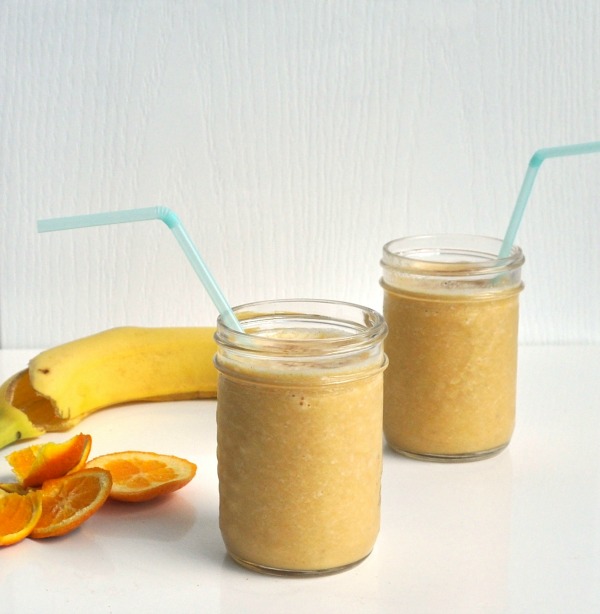 I used to be a cereal-only girl for weekday breakfasts. But, I can confidently say, that is no longer the case. Now, I am generally a cereal or smoothie or oatmeal breakfast lady. I think I can attribute this change to working from home. There is something nice about eating the same thing every morning that makes it so much easier, faster, and more predictable (in terms of how much food you have to bring to the office, what time you’re going to get hungry etc) when you’re working from an office; luckily, I don’t have to concern myself with consistency anymore. 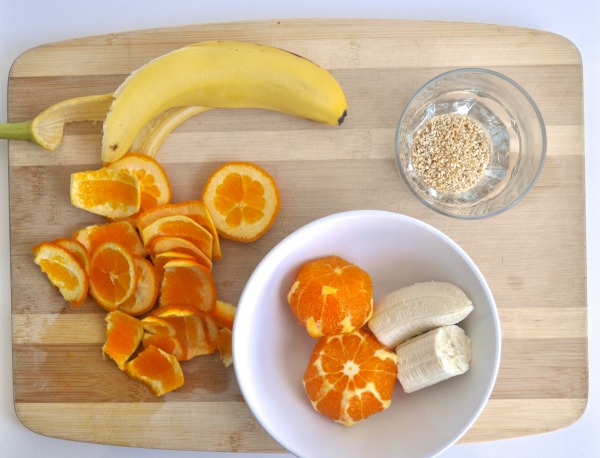 Now that the weather (and my apartment- god, sometimes I wish we had air conditioning) is heating up, I usually opt for a smoothie for breakfast: blueberry-raspberry have been my go-to recently. But, as much as I love that combo, I start to get bored. This smoothie, based on a recipe that I saw on Green Kitchen Stories, rescued me from my smoothie boredom. First, I liked the idea of using sesame. Using nuts in smoothies is not something that I do regularly, so sesame was a very interesting suggestion. On top of that, combining it with orange sounded like a perfect pairing. Instead of using dates (which I very often use to sweeten my smoothies), I used banana because they both provide ample sweetness but I like the texture that bananas give better (I have a really crappy blender, and I am always left with chunks of dates when I use them). If you have a frozen banana on hand, even better (if not, just use tons of ice like I did). 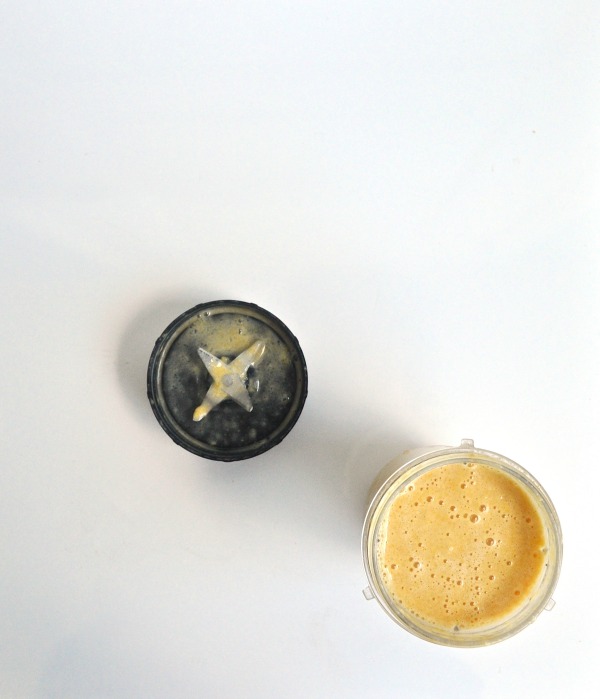 The end result is perfectly filling, creamy and sweet from the fruit, no extra sweetener needed. Also, it definitely met the brief of being something different. The first sip of the drink tasted super strongly like toasted sesame, but the flavour mellowed out as I got used to it. If you can’t imagine what sesame (liquid form) will taste like, it is a distinctly nutty flavour (closest to peanut, I’d say) but it’s something different (and hence more interesting? Is something automatically more interesting when you’re not used to it) than my usual almond or peanut flavour. I will definitely be making this again and again throughout the summer, as both a snack and for breakfast. If you like sesame (or want to try something new), you should definitely give it a try! 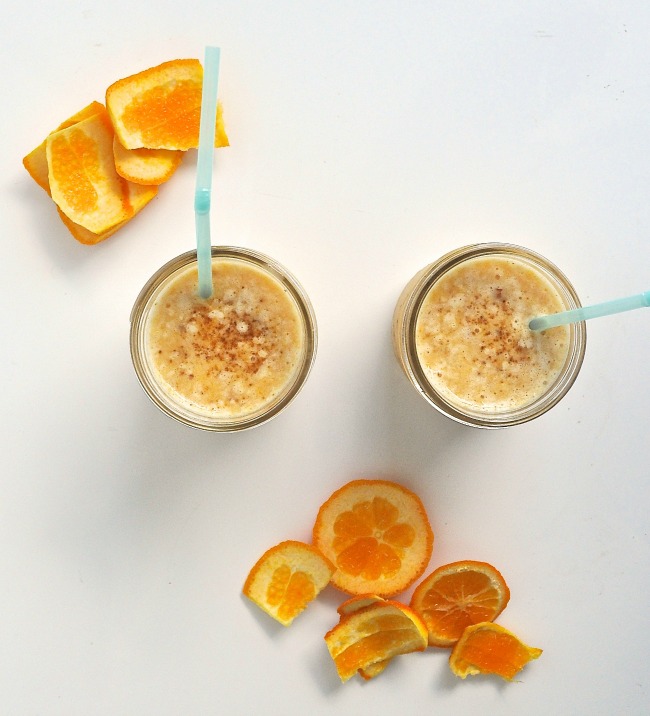 If your bored of your current smoothie recipe, give this one a go. It's creamy, naturally sweet, and extremely nutty!

Toast sesame seeds in a dry pan, over medium heat. When they start to smell fragrant and turn a little darker, remove from pan.

In a blender, blend sesame seeds until they are finely ground.

Add the rest of the ingredients and blend until smooth.