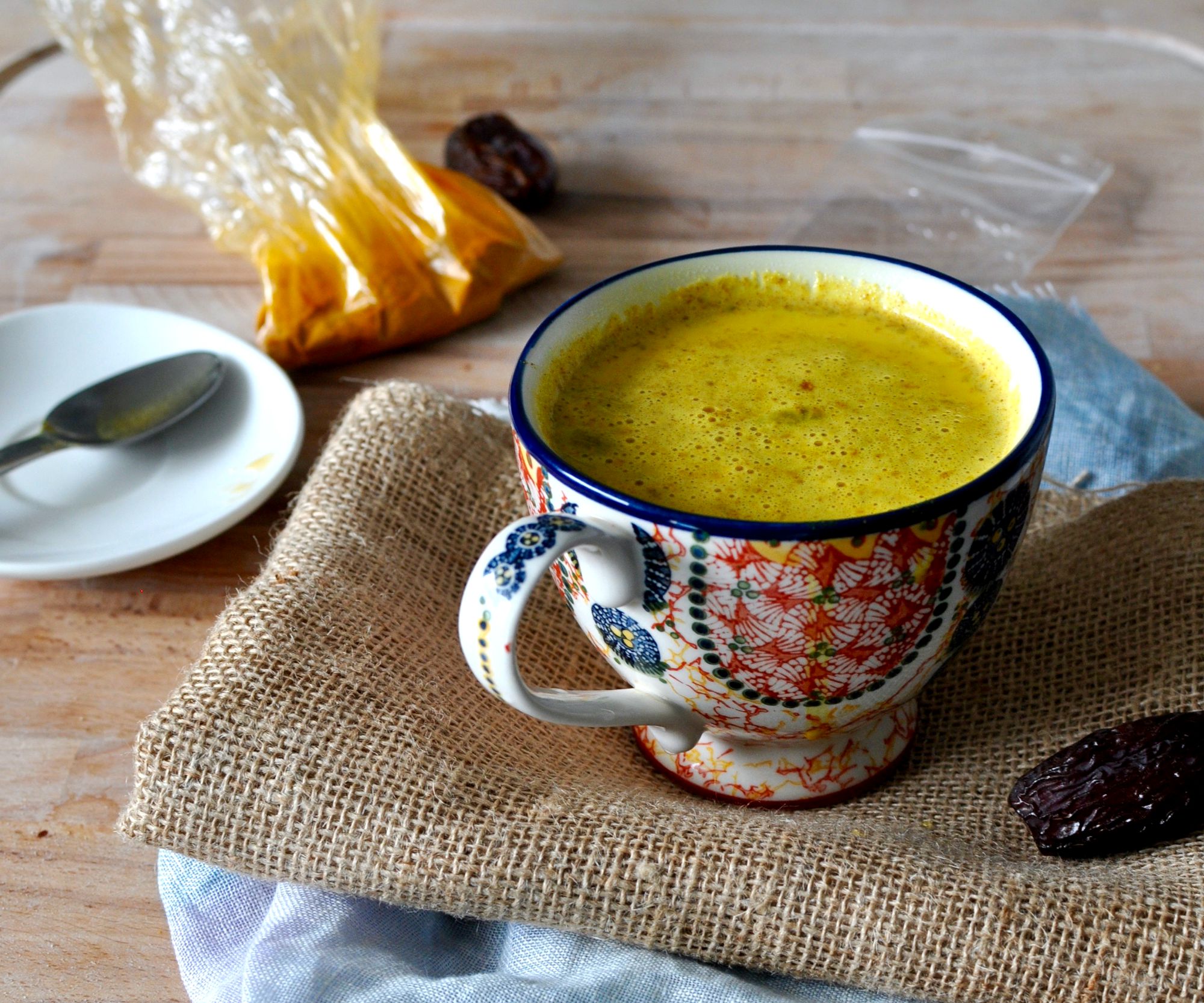 A few weeks ago, while I was walking home from the gym, I stopped at our local super healthy, trendy juice and smoothie bar. I was hungry and I knew we didn’t have any food at home, so I sucked it up, went in and paid for an overpriced smoothie. I’ll admit, it was delicious and their selection included things that I am not used to seeing at the chain stores. I stood there for a very long time reading their menu before I chose a chocolate mint number but a couple of their other drinks stayed in my head. I wanted to recreate the chocolate mint one here but I realized that I have too many similar smoothies already (clearly I am a fan of making anything that tastes like chocolate feel more healthy!). Besides, earlier in the week I made a delicious smoothie, which was also inspired by their menu, filled with spices, mango and turmeric. But, the morning that I woke up to photograph this post, I was too cold to have a smoothie. There has been a chill in the air here and my body wanted something warm. I wanted to cradle a hot mug of goodness and wrap myself in a cozy blanket. And so, my turmeric smoothie became this hot, spiced turmeric milk, and I’m so happy that it did. 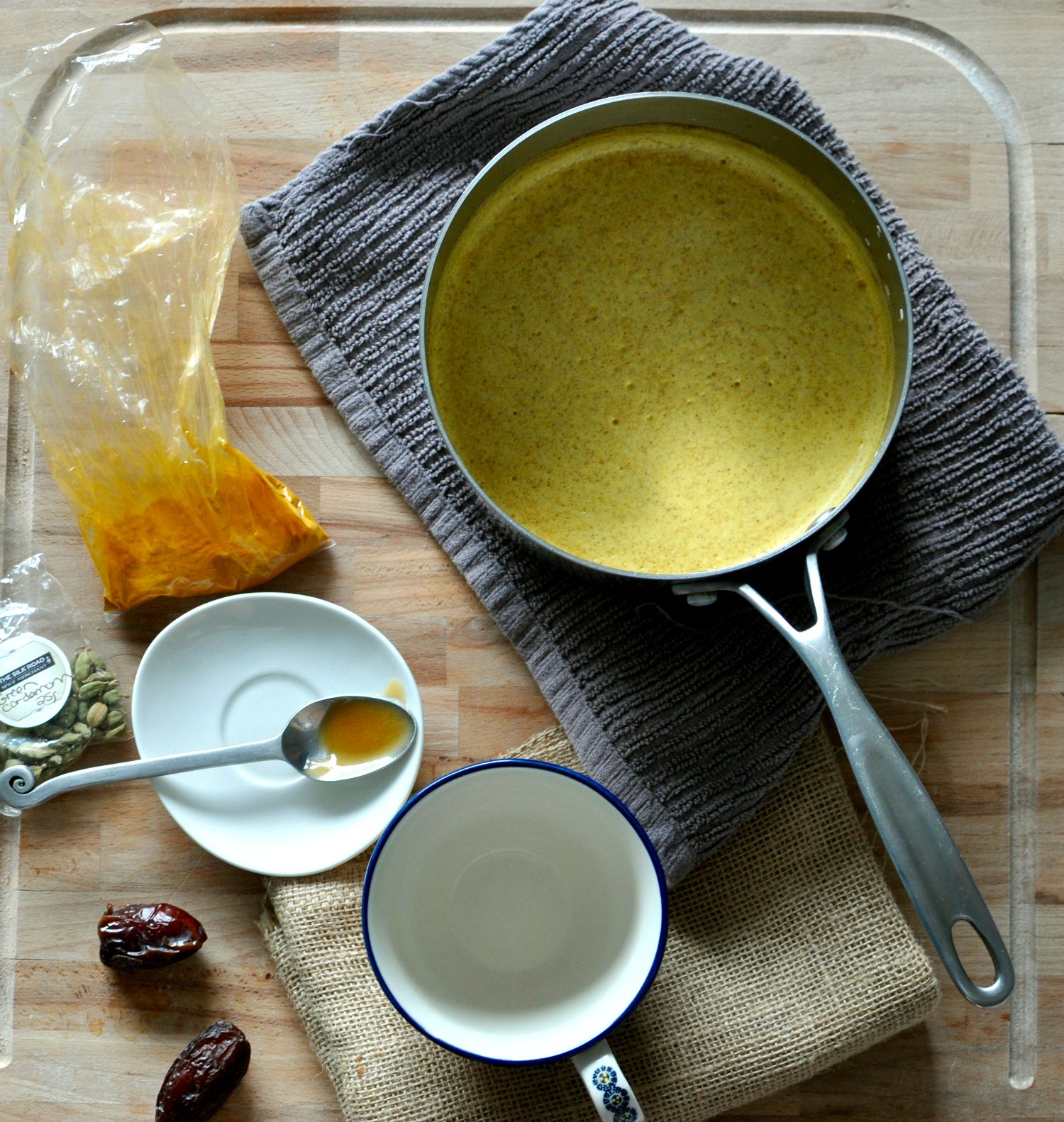 I don’t often use turmeric, but it is apparently very good for you. The smoothie description at the shop boasted its anti-inflammatory powers and it has been used for a very long time, all over the world, as a remedy for different ailments. While all of this is a bonus, it also has a very interesting taste. I was recently advised that of all of the spices, turmeric is one of the ones to invest in. High quality turmeric has a peppery, earthy, vaguely bitter taste. It’s not just used for color, which is what I always thought (because my low quality turmeric never tasted like much). In this drink it almost plays the role of ginger: it gives it a little kick. Along with some cardamom, cinnamon and some honey to sweeten it up, this is a golden cup of goodness. And, it’s a welcome departure from some of the more common hot drinks that will certainly become more of a regular thing around here in the coming months. 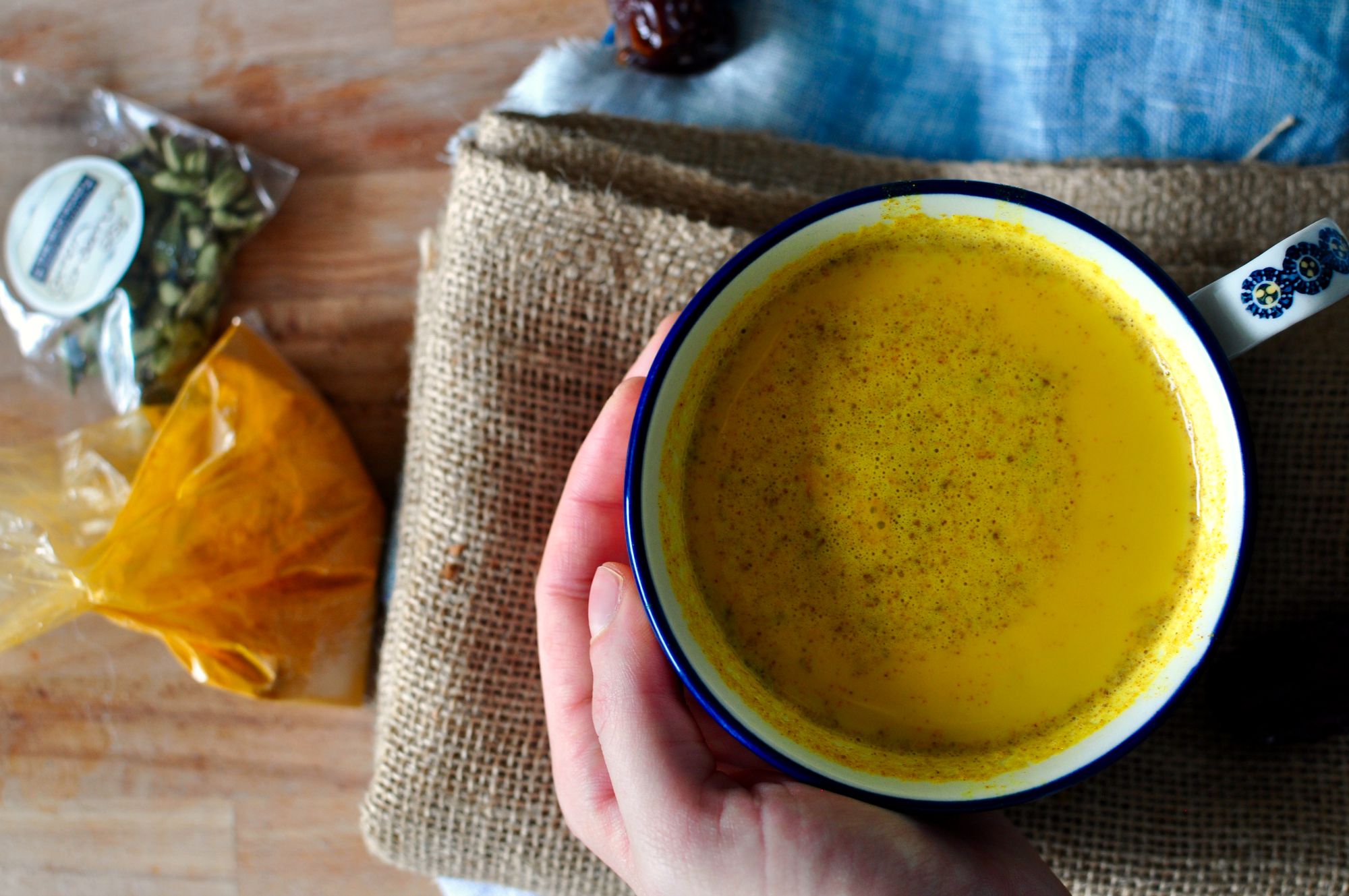 If you're interested in making this vegan, feel free to use a non-dairy milk of your choice (I would suggest almond).

In a small saucepan, heat up the milk, honey, cardamom, cinnamon and turmeric. Whisk to combine.

Bring the mixture to a simmer for 2-3 minutes.

Whisk again to make sure everything is dissolved and combined and enjoy!