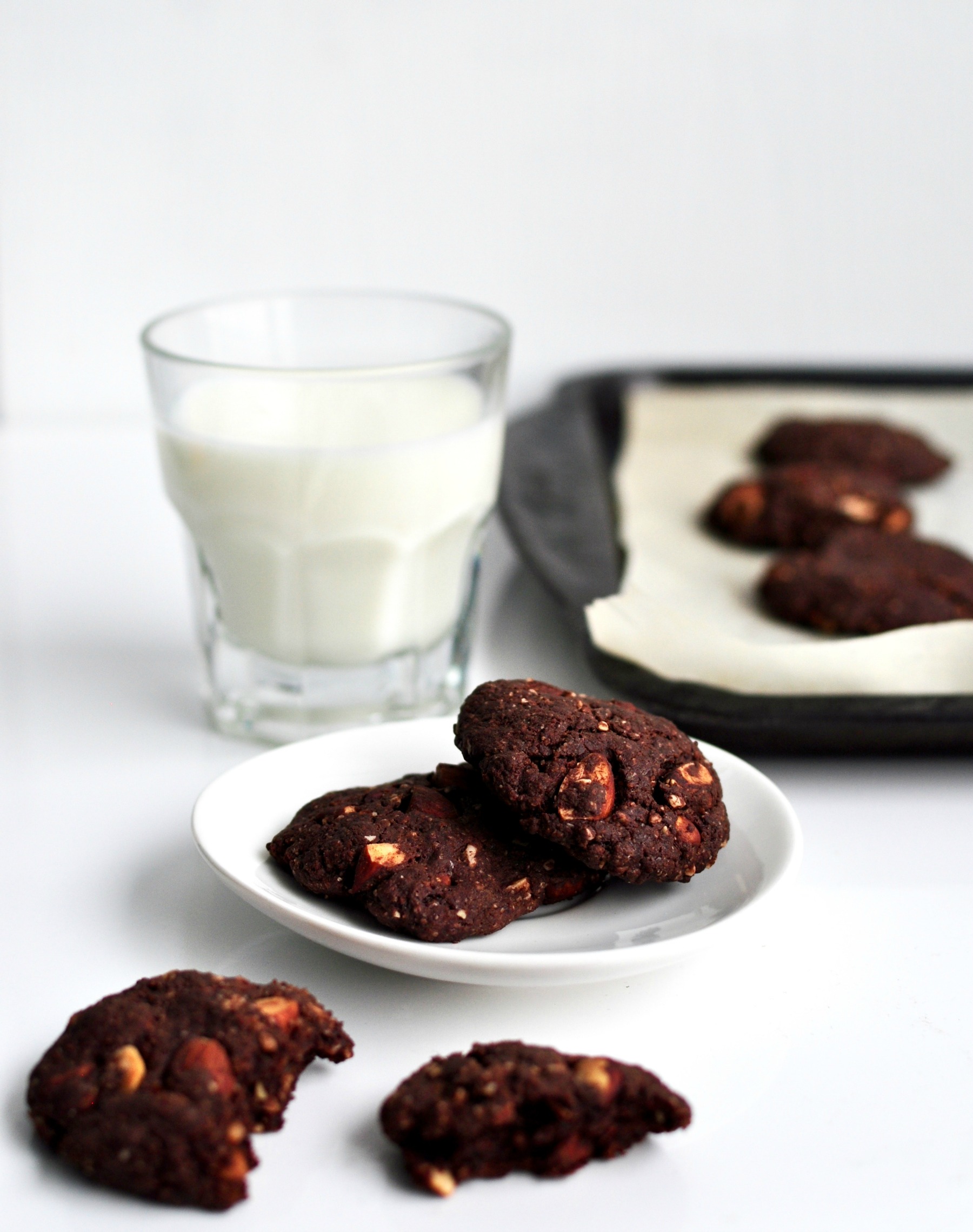 I’ve been on a bit of a baking spree lately. I actually really enjoy baking but I have very little self-control and try to limit the availability of sweet treats hanging around the house. The other day I was looking for a super healthy cookie recipe and I found this recipe, which was great as a snack, but it did not resemble a cookie in the slightest. It was more of an oat bar. While I appreciated that there were tons of whole, hearty ingredients in them, they didn’t taste like a dessert at all and would never satisfy my mid-afternoon sweet tooth (in retrospect, I think that the “cookie” referred more to the shape of the bar than anything else). Although, on a side note, I did find it hilarious that my boyfriend was enjoying crumbling them into his breakfast cereal until I told him there were beans in them, at which point he was less keen on the “bean cookies”. Needless to say, I was still on the lookout for a healthy-ish cookie. I eventually came across a version of these vegan chocolate almond cookies on My Darling Lemon Thyme. Of course, the chocolate and almond combination immediately caught my eye: they are a match made in heaven. On top of that, I liked how the only non-vegan ingredient in the original recipe was an egg, which is pretty easy to replace. Even though I’m not vegan, I like to have a few vegan desserts in my arsenal to share with friends that are or bring to potlucks.