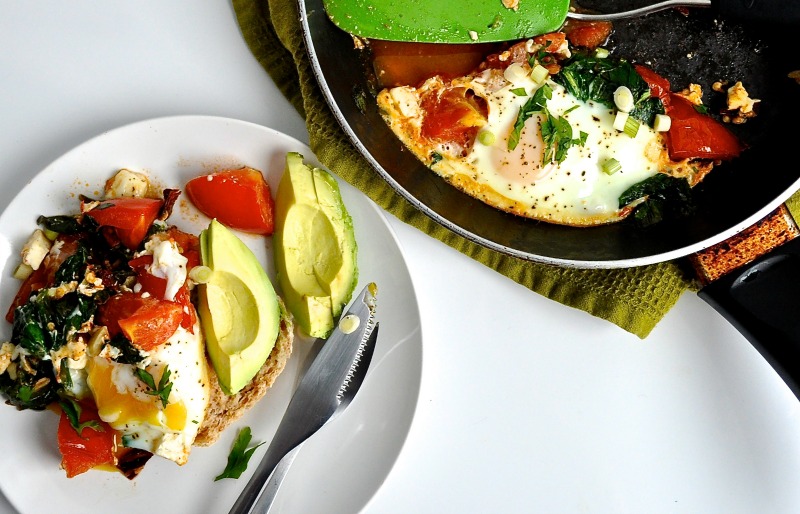 Before we moved here, I had grand plans of hosting meals at our place. We even upgraded from our two person table, that could really never accommodate any more than the two of us, to a four person one that could easily squish six people. In the end we’ve been here since April and I have yet to host a single meal. I have had people over to play some board games (great, nerdy board games) but didn’t even serve snacks. For shame! Anyway, the point is, for those of you who have people over for meals and such (particularly breakfast), these eggs are a great way to serve eggs and not have to stand by the stove, flipping or stirring. On top of that, I love breakfast for dinner and this is a great one. It’s a very hearty, satisfying meal that can be eaten as a nice brunch, but pretty much any other meal of the day as well. I made this for the first time a while ago. I used up the last of my tomatillo salsa by putting dollops of it all across the eggs. As soon as I ate it, I knew it had to come up here. 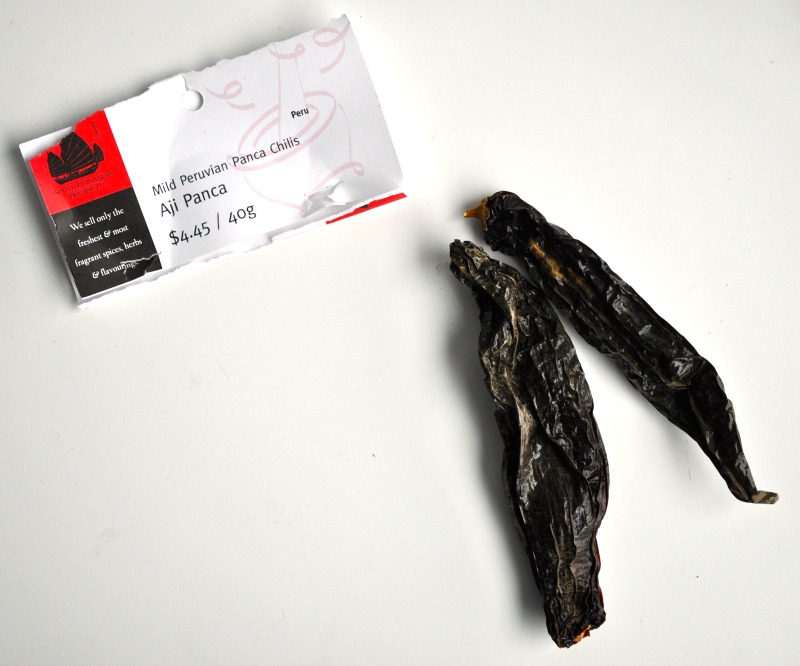 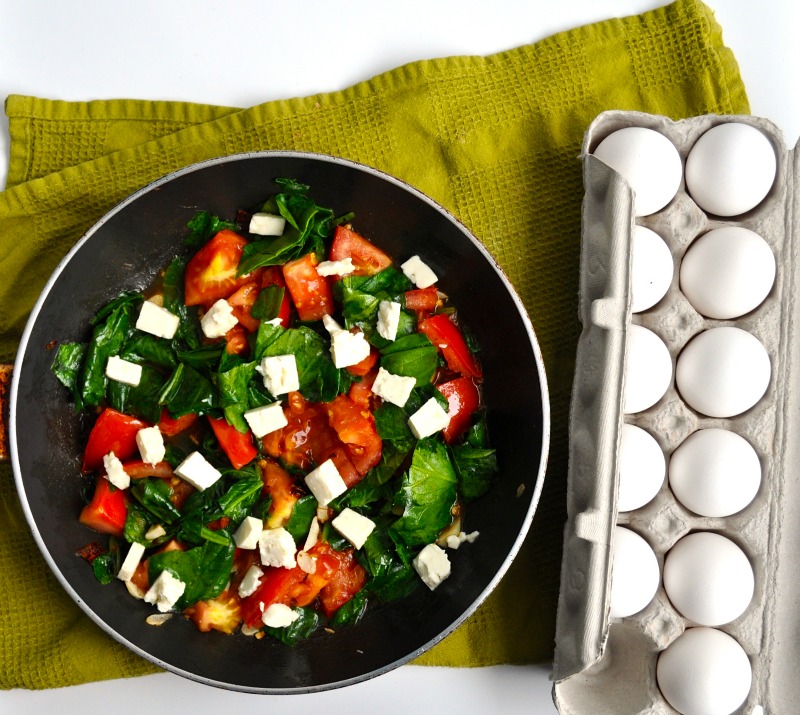 The first time I had baked eggs was when I tried Shakshuka (from Smitten Kitchen of course). It’s pretty much eggs cooked in a thicker, spiced tomato sauce. It took about two years for me to realize that you could bake eggs in whatever you wanted, duh! Regardless, it’s not really on my regular rotation. When I make a special breakfast it’s usually in the sweet direction. Instead, I’m all up in this for a quick weeknight dinner. All you do is put some stuff in a pan (preferably some vegetables) with enough liquid that it doesn’t dry out in the oven (which isn’t very much), some cheese (just because it’s delicious) and some eggs. You bake the eggs until the whites are set but the yolks are still jiggly and gooey. You can serve it with an english muffin like we did or over rice or toast. 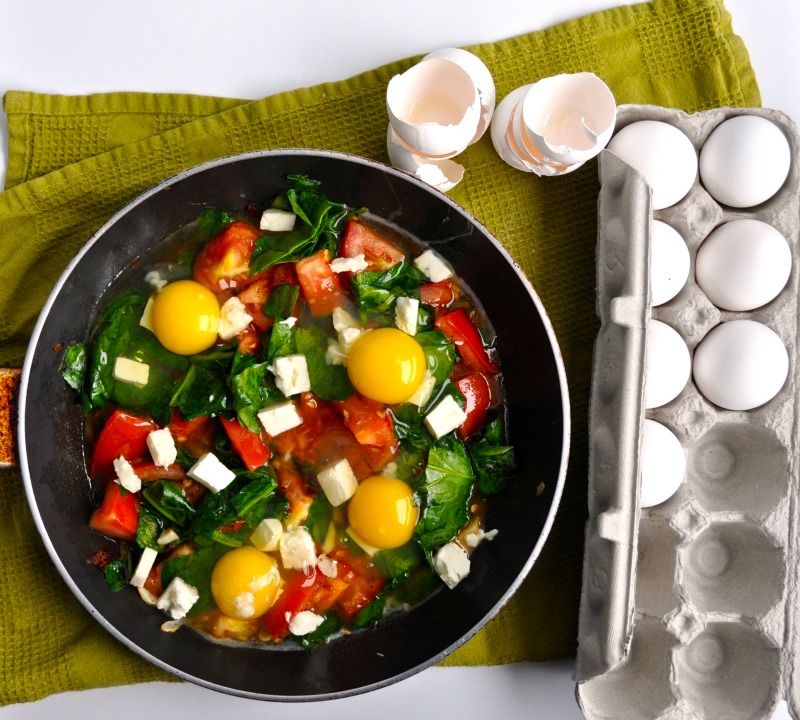 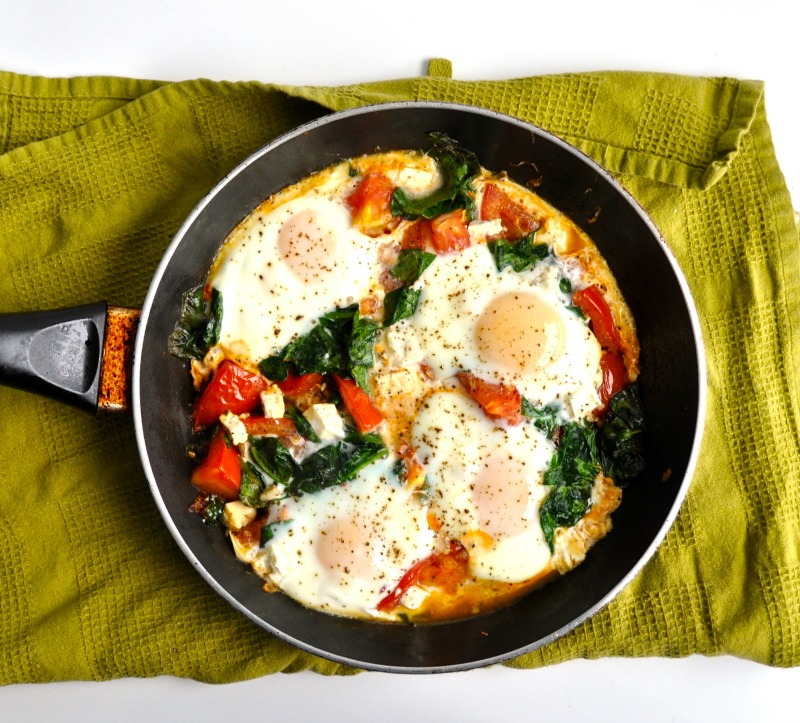 When we were in Vancouver, we walked around Granville Island which has some great produce and specialty items. When we were there we picked up a few varieties of dried chiles. I find experimenting with new ingredients like that so exciting. I didn’t really know what they would taste like. Luckily there were some descriptions on the back of the packages or I wouldn’t know where to start. In the end we chose Nora Chiles, which were described as being the basis for Spanish cooking and a main ingredient in Paprika, and Aji Panca chiles, which were described as being mild and fruity. I chose the Aji Panca for this dish. To me, it added just a little something different, a slightly spicy, unique flavour. You can easily leave them out of the recipe but if you do, why not take the opportunity to try a new chile yourself? Either way, it would be great with or without. 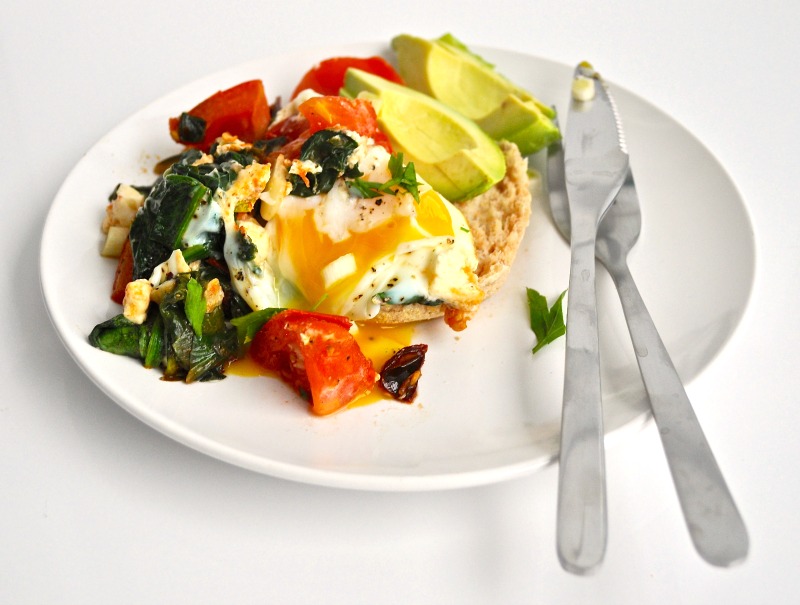 This is the perfect brunch or 'breakfast for dinner' meal.

I like when the whites of my eggs are set but the yolks are still runny. After about 8 minutes, take out the pan and if the whites of the egg are opaque, jiggle the pan. If the yolks still jiggle a bit but the whites don't, it's done!

The chiles are completely optional. If you don't have ahi panda chiles, try out another you have hidden away in your pantry.

In a 8 inch pan over medium-high heat, add olive oil.

Saute garlic, tomato, spinach and chilli until everything starts to break down.

Bake for 8-10 minutes, until whites are set but yolks are still jiggly

Remove from oven, sprinkle with green onion and cilantro.

Serve with sliced avocado, over toast or english muffins

One thought on “Tomato, Spinach and Feta Baked Eggs Recipe”