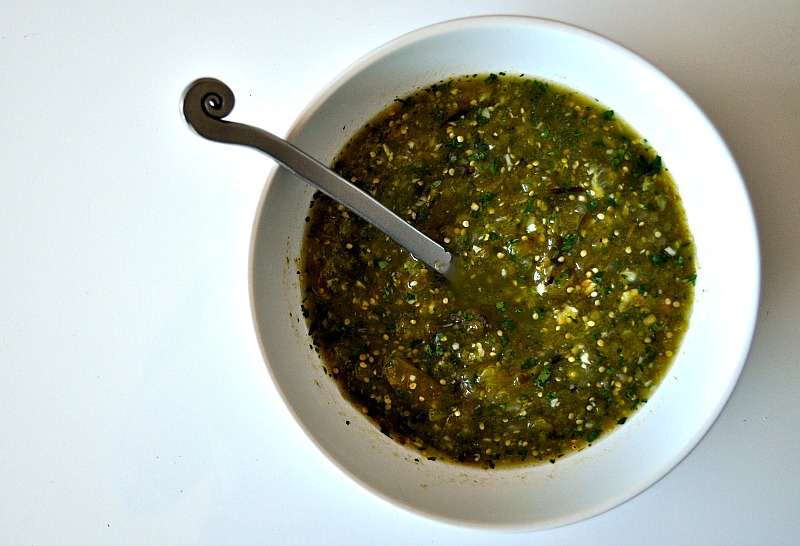 Long gone are the days where turning on my oven felt like a pain and standing in front of it was a sweltering inconvenience. Nowadays, I am using it all the time because roasting vegetables gives them a flavour and depth that other methods of cooking can’t replicate. This brings me to the best salsa I have ever made, all thanks to my rickety, unevenly-heating oven. 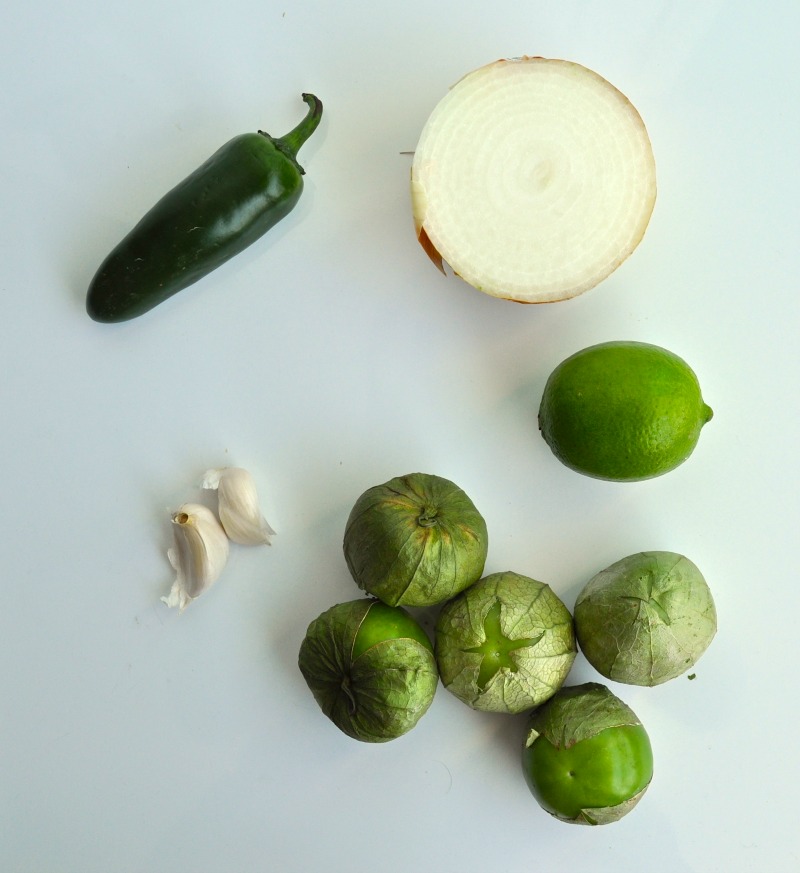 I have made tomatillo salsa a number of times. It is always pretty good but nothing to write home about. It’s also usually quite watery, which doesn’t impact its taste (because it’s tomatillo water after all) but makes it slightly unpleasant to use in tortilla’s (which is normally where my salsa ends up). Who knew that roasting off the vegetables before blending it into a bowl of green-goodness would change everything so drastically. As long as I have a few extra minutes on my hands, I won’t be going back to making the salsa out of raw ingredients anymore. In fact, I can’t wait to try roasting other salsa ingredients. Tomatoes? Various peppers? Onion? I presume these will all be better roasted. 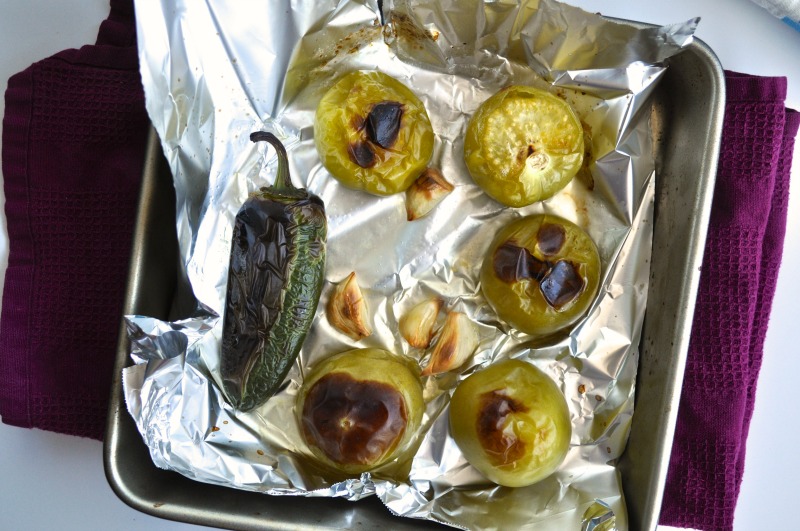 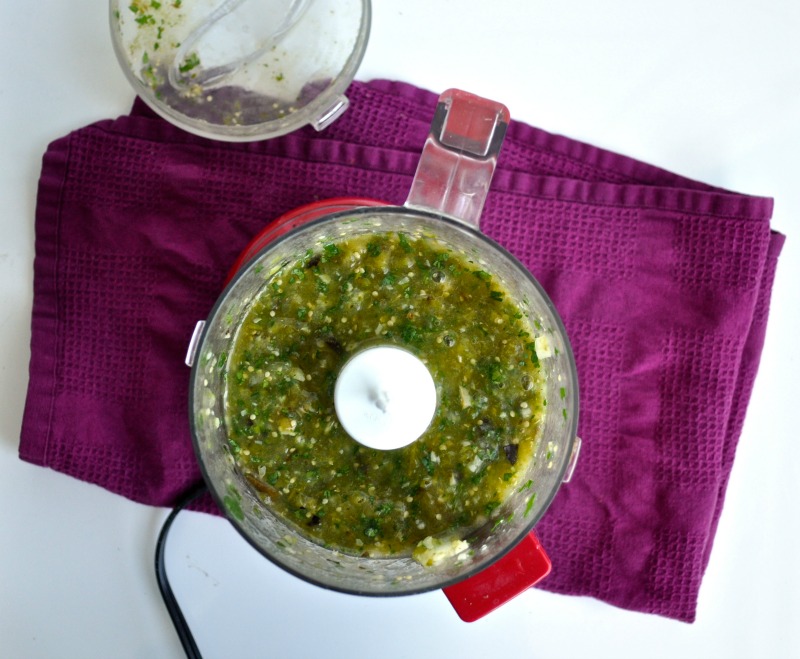 If you’ve never used a tomatillo before, pick ones that are firm and bright green. The husks aren’t edible, but everything else is. It’s normal that they are slightly sticky after removing the husks, just wash them in water and it will go away.

This salsa is spicy, tangy, bright and full of flavour. We had it in tortillas that closely resembled these and in a baked egg dish filled with cherry tomatoes, cheddar and spinach that I’m going to have to re-create here because it was a great, easy, one-pan meal. If you’re worried about the level of spice, start off by adding only half of the pepper. At first, I thought I had ruined mine because it was so spicy but after adding a bit of lime juice and eating it integrated into all of the dishes, it was absolutely perfect. 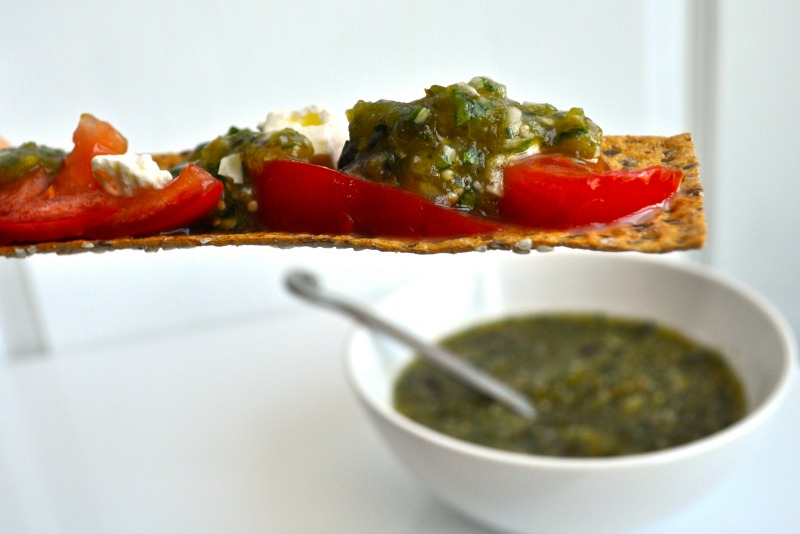 My salsa was pretty spicy. I would suggest adding half of the pepper at first, tasting the salsa and then adding the other half if you want more heat. Adding lime will also reduce the spiciness a bit. Also, keep in mind what you're eating it with. If it's in a tortilla with cooling foods like yogurt and cheese, it will mellow out in the complete dish. If you're eating it on unsalted tortilla chips, not as much!

I've made tomatillo salsa a lot in the past but have never roasted them first. If you've never tried them roasted it is delicious! It really changes the whole taste of the salsa.

Preheat oven to the highest temperature, on broil

Line a baking tray that has sides (to catch any juices) with aluminum foil.

Place under broiler for 5-8 minutes (check to see if they're starting to blister after 5 and if they haven't keep them in until they do).

Turn tomatillos and pepper oven and blacken the other side (should take roughly the same amount of time).

Once pepper and tomatillos have black spots on them remove from oven and set aside to cool.

Remove stem and seeds from pepper.

In a food processor, combine all of the ingredients (including any juices that were released from the tomatillos while cooking) and pulse to desired consistency.

Taste and re-season with any additional lime or salt.

Store in an airtight container in the fridge.