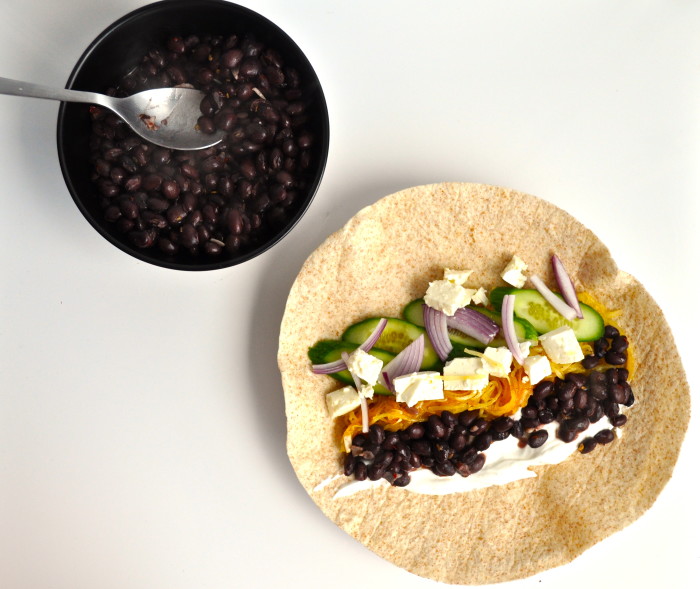 Spaghetti squash is so exciting. It’s so satisfying to take a freshly roasted spaghetti squash and shred it with a fork. It’s remarkably easy. Why do spaghetti squash break apart that way? Are there any other vegetables that can be shredded so uniformly and beautifully? I don’t know. I have to admit, after roasting and shredding it I was pretty much prepared to eat it as is. It would be a lovely and satisfying side dish or snack eaten simply with salt, pepper and spice, but I needed a meal. 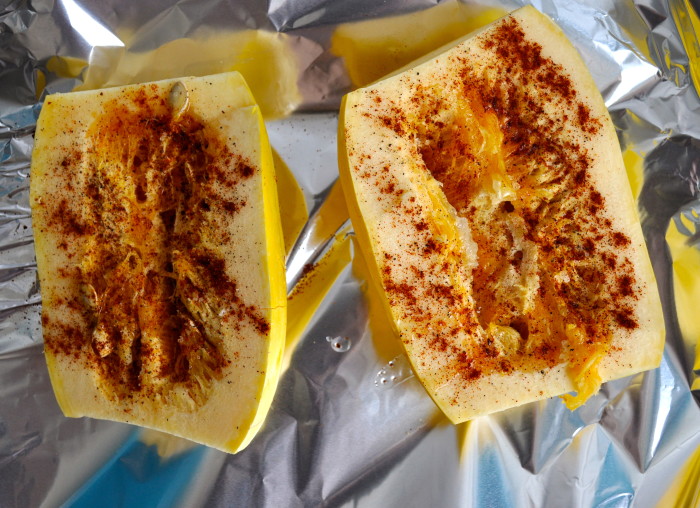 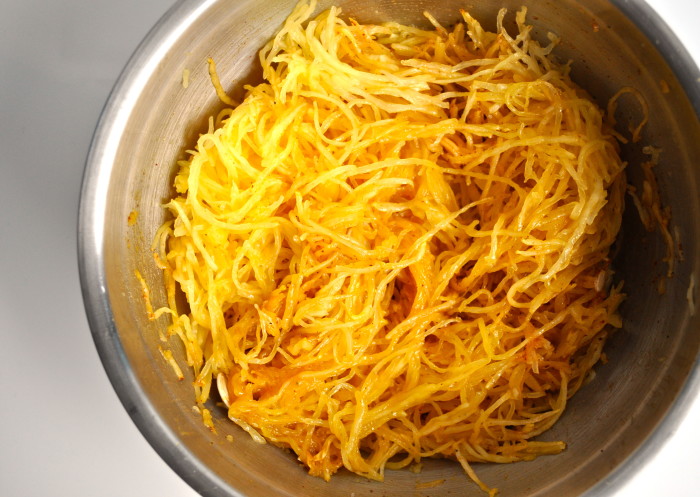 After having realized the other day that I was out of black beans (which as luck would have it, resulted in these delicious veggie burgers), I bought some at the store. I thought that they would go great with the squash and some feta in a tortilla. Lime and yogurt makes the perfect, creamy accompaniment but I am sure some guacamole or tomato salsa would be lovely and fresh. No tortilla is complete without some sauce. I definitely would have made some guacamole if my avocado would hurry up and ripen! The cucumber brings a bit of crunch and freshness. I think that radish would also work great. If you have some fresh cilantro on hand that would also go well here. 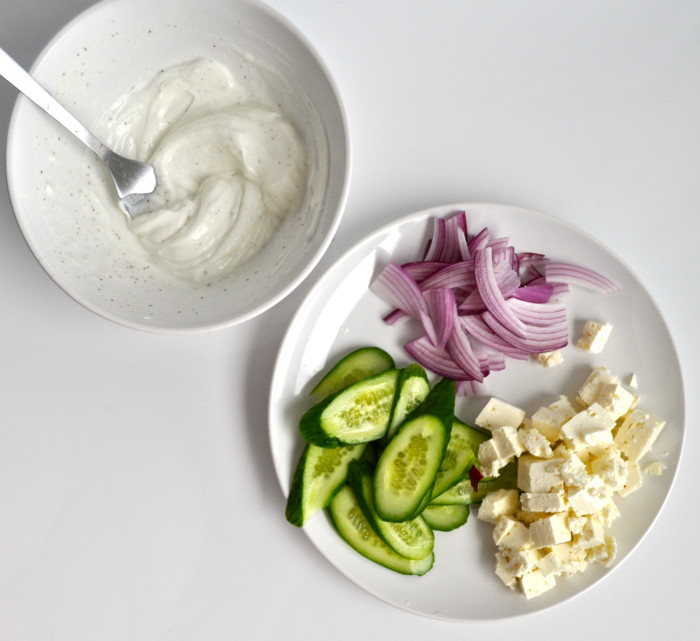 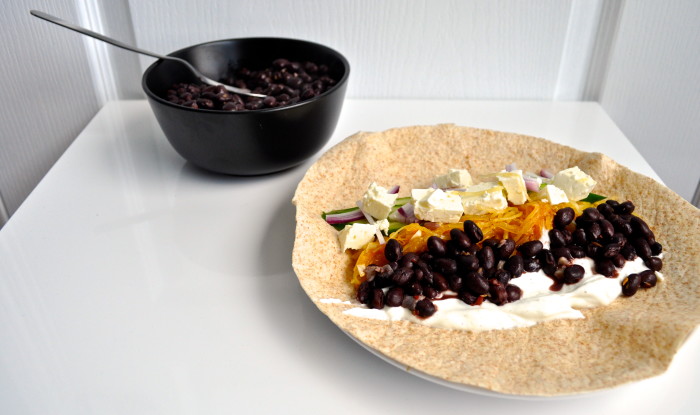 In the end, this is a base that you can easily work from, which is why I love experimenting with tortillas so much, you can’t go wrong as long as you have something of substance, fresh, crunchy, creamy and zingy- and this one’s got it all. 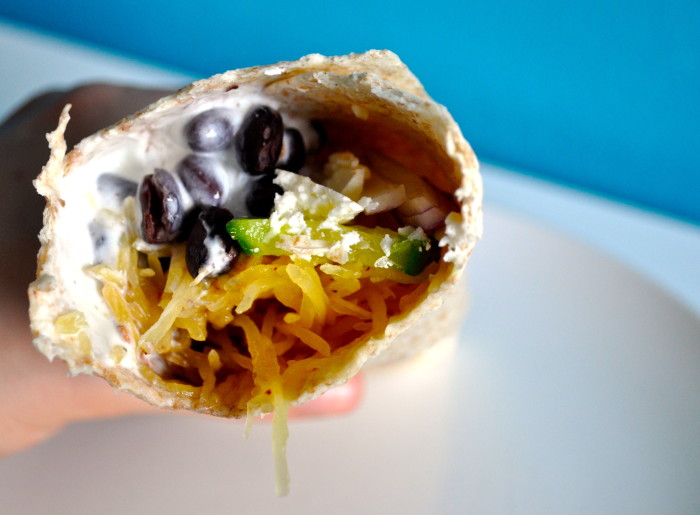 Make sure that each element (in particular the beans, yogurt and spaghetti squash) are all seasoned to your liking. Feel free to add extra lime, salt or spice where needed!

You will probably have spaghetti squash leftover, which is great on its own as a side dish.

Preheat your oven to 375F

Cut spaghatti squash in half. Be careful, I found it particularly difficult to cut. The best way I found was to cut off both ends so that you could stand it up on a flat surface and slowly cut it in half lengthwise, from each end.

Bake for 30-40 minutes, until you can easily insert a knife into the squash.

In the meantime, prepare your beans.

In a small saucepan with a little bit of olive oil, fry garlic.

Mix together ingredients for yogurt sauce. Taste and re-season.

Once the spaghetti squash has cooled, remove seeds. Using a fork, scrape the flesh of the squash to create 'spaghetti' strands. Place squash in medium bowl and adjust seasoning.

Heat up tortillas, assemble and serve.