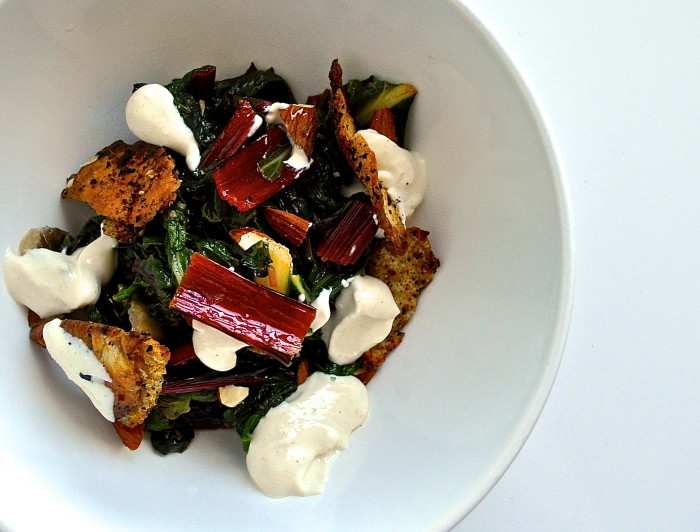 Hooray for CSA! This is the first summer that I’ve signed up for a CSA box (i.e. Community Shared Agriculture). How it works is that at the beginning of the season you purchase a portion of a local farmer’s produce and you get one box a week of whatever is fresh and ready to go for the entire growing season. I can’t tell you how excited I was to start getting the deliveries. Besides the fact that I would have fresh produce at my fingertips all summer long, I couldn’t wait to get some vegetables that I wouldn’t normally buy myself and have to come up with some recipes on the fly. Unfortunately, our deliveries were slightly delayed because a freak hail storm destroyed a lot of our farmer’s crops mid-June. It’s amazing how much damage 20 minutes of hail can do! It was a real reminder that nature actually dictates how a harvest will fare, which was easy for me to forget when I’m just buying imported goods from the supermarket most of the year. Luckily, they recovered well and I just picked up my second box yesterday. 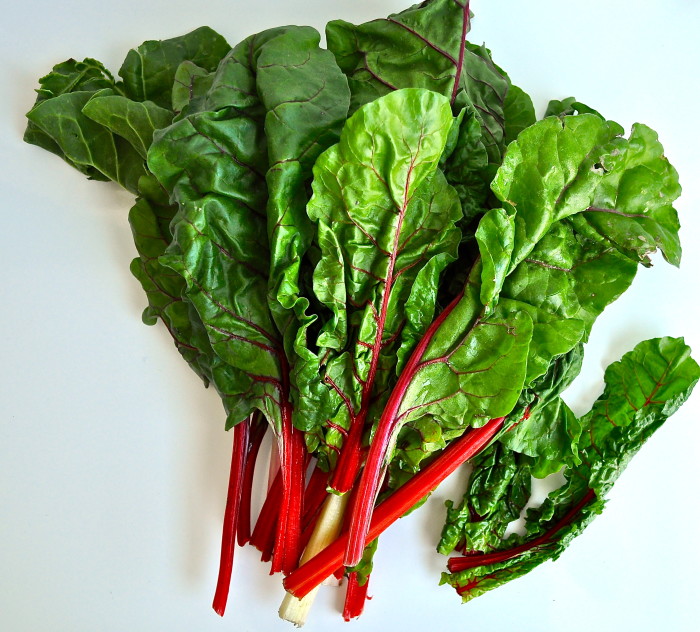 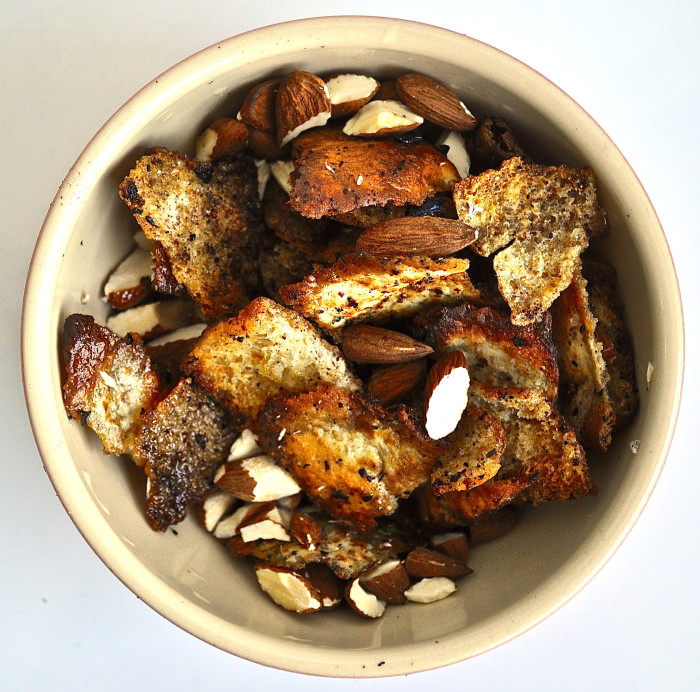 Two weeks in a row now, the most beautiful thing that I got was the swiss chard. Last week the stems were a beautiful golden color and this week, bright red. The trickiest part of the CSA is that you want the produce to last all week but also want it to be eaten at its peak of freshness. I was so disappointed in myself that I waited until the swiss chard was almost completely wilted last week to do something with it, especially since it was the thing I was the most excited about. 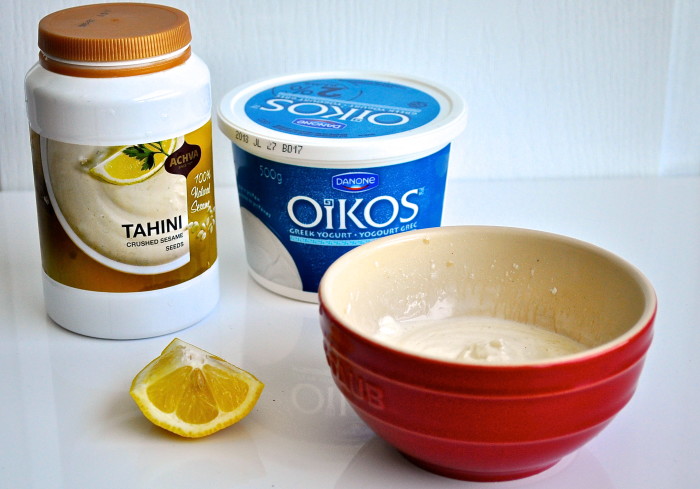 So, I told myself, this week is going to be different- swiss chard is on the menu early in the week! This recipe is totally inspired by recipes in Ottolenghi’s cookbook Jerusalem. I have basically combined two of my favorite recipes that I have tried so far out of the book so far. It is a delicious side dish, and with a poached egg on top it becomes a really nice, light meal (which is exactly how I ate it last week!). The simply cooked, tender swiss chard goes great with the crunchy fried bread and nuts. I also love this tahini-yogurt sauce. I pretty much always have the ingredients on hand, so I often put it on my side vegetable and sandwiches. It’s also a great dipping sauce for fritters or raw vegetables. 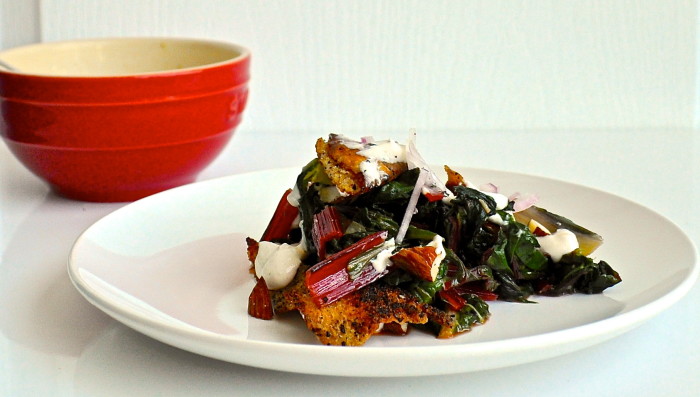 Serving Size: Serves 2 as a side dish

If you can't get your hands on swiss chard, spinach would be a good substitute.

This recipe makes just enough yogurt sauce for this dish, but I encourage you to double the recipe as it is so versatile and delicious.

Place the sliced onions in a small bowl. Mix through vinegar and a little bit of salt. Set aside to pickle for about 20 minutes (it will be done by the time you are done with the rest of the dish).

In a small pan on medium heat, heat up 1/2 teaspoon canola oil (just to fry off the garlic a bit). Add minced garlic directly into the oil and swiss chard on top.

Cook until chard is fully cooked (stirring occasionally), about 5 minutes. Season with salt and pepper.

In a small pan on medium heat add butter and the rest of the canola oil. Add pita and cook until starting to turn golden brown, about 3 minutes. Add almonds, sumac and chilli flakes and cook for an additional minute. Season with salt.

Whisk all of the ingredients for the sauce together in a little bowl.

Serve swiss chard with fried pita and almonds and a few dollops of the yogurt sauce on top.