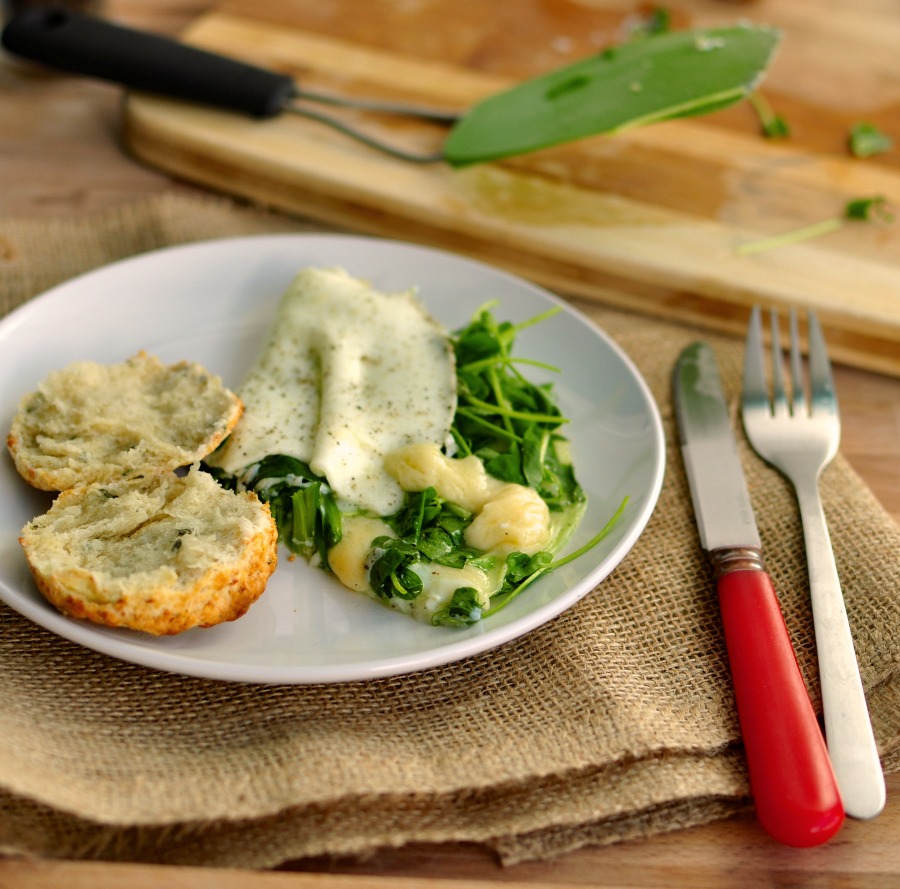 After making my last post here (earl grey tea ice cream!) I had a few egg whites hanging out in my fridge. Immediately, I thought of making an egg white omelette. Normally I scramble my egg whites but I can now confidently report that this is infinitely tastier. Unfortunately, it’s taken me so long to come around to egg white omelettes because I always thought of them as something that people on diets ate (which somehow made them way less appealing to me). I can assure you this isn’t the case, especially when you have extra egg whites because you just made some delicious ice cream, you load it up with cheese and serve it with parmesan and sage buttermilk biscuits. 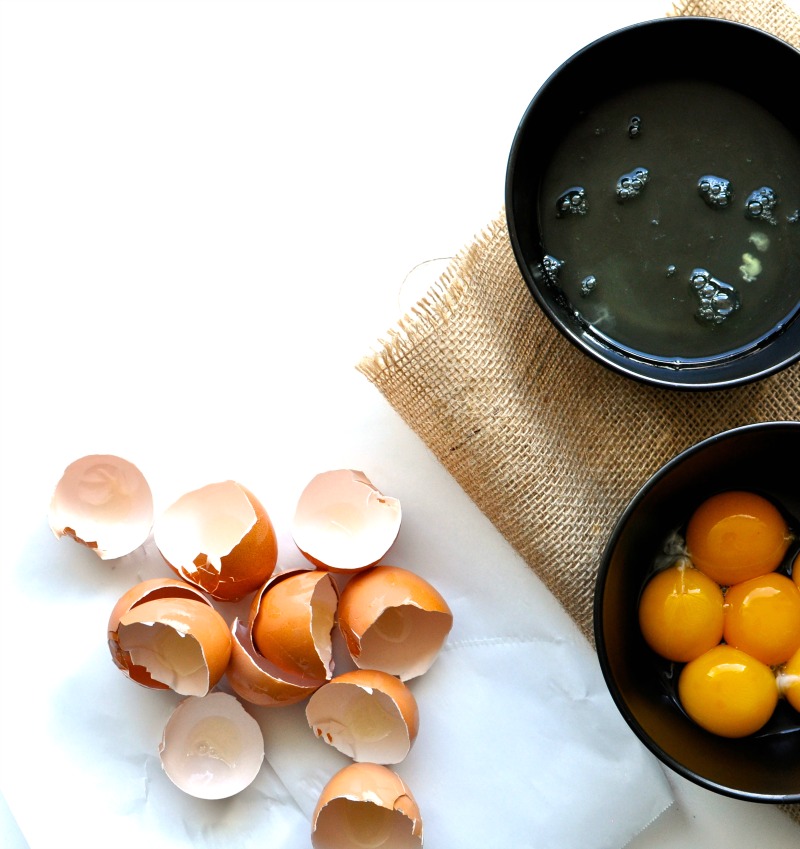 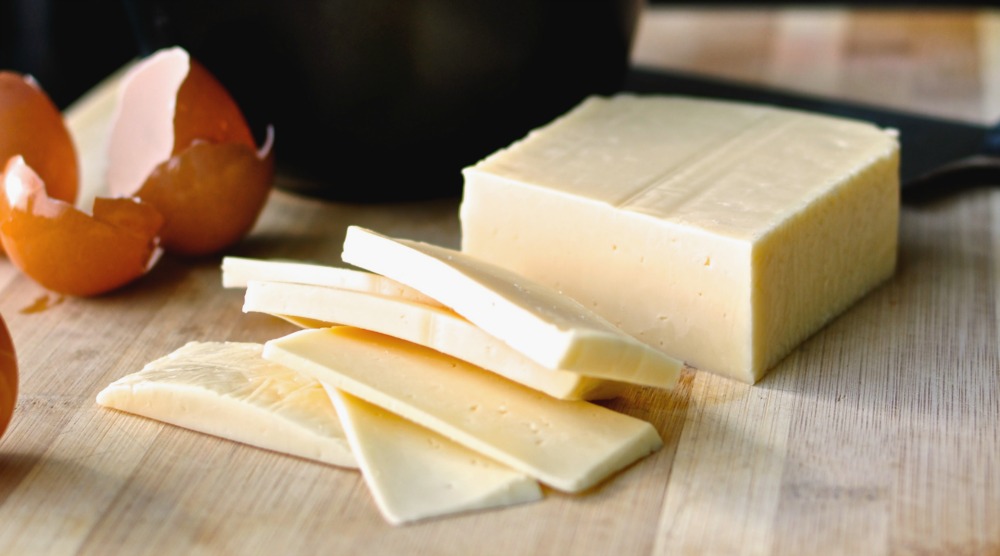 I knew I had an omelette winner on my hands when it was declared to be even better than a ‘normal’ omelette by my omelette-neutral boyfriend. I had to agree. The egg whites were perfectly set, the havarti cheese has flavor but isn’t overpowering (and has the perfect level of meltiness for an omelette) and the pea shoots (which I thought I put way too many of the first time around) gave a really nice flavor and texture to the eggs. 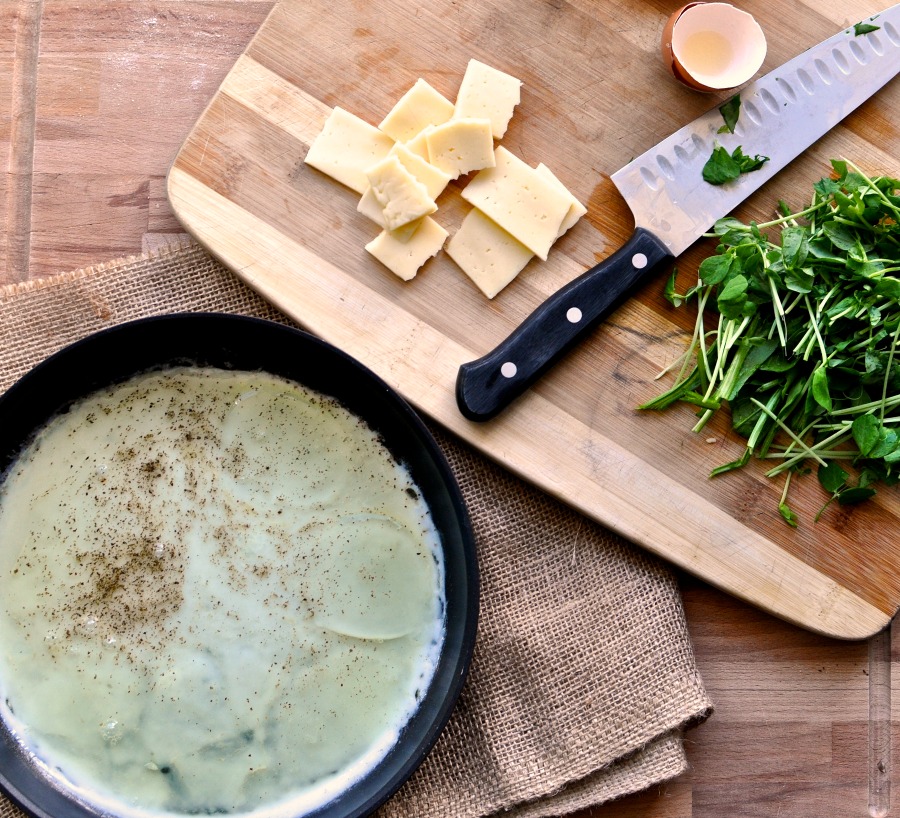 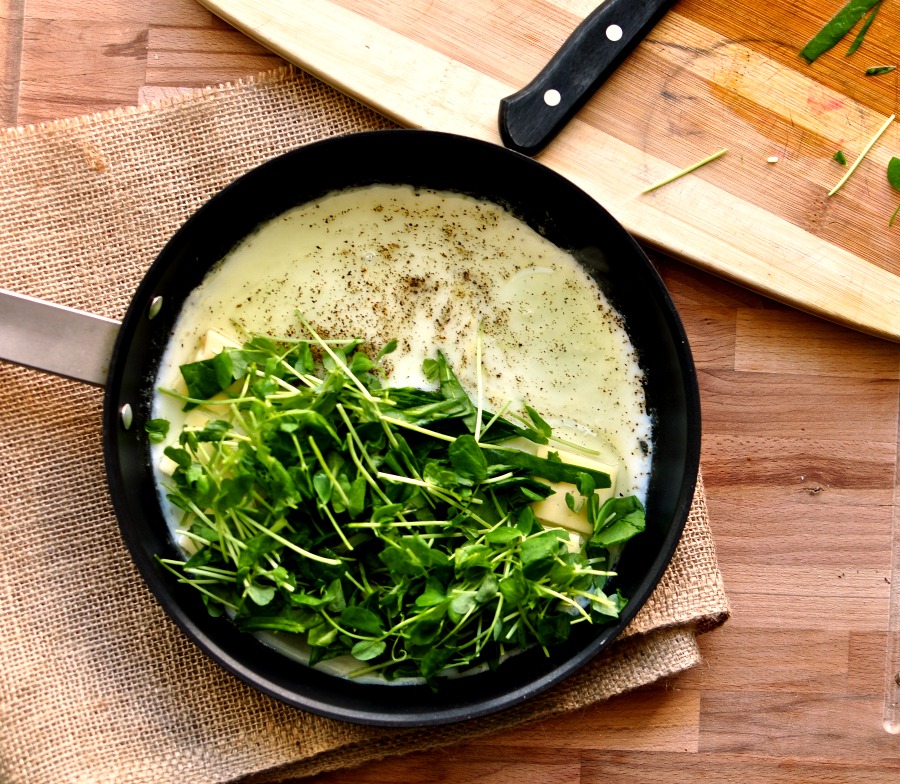 It is the perfect meal to throw together when you only have a few minutes to make something but still want something warm, filling and satisfying. It is the ultimate “use what you’ve got meal” as all omelettes are, but I strongly suggest you use his combination if you have the foresight to make sure to have havarti and pea shoots on hand. It rocks. In fact, I made it again just a few days after the first rendition because my boyfriend was making himself spaghetti carbonara. The extra egg whites weren’t a pain to have lying around any longer. They were an opportunity for tastiness! And, if you don’t happen to have extra egg whites on hand, separate some eggs, I know how you can use up the yolks… 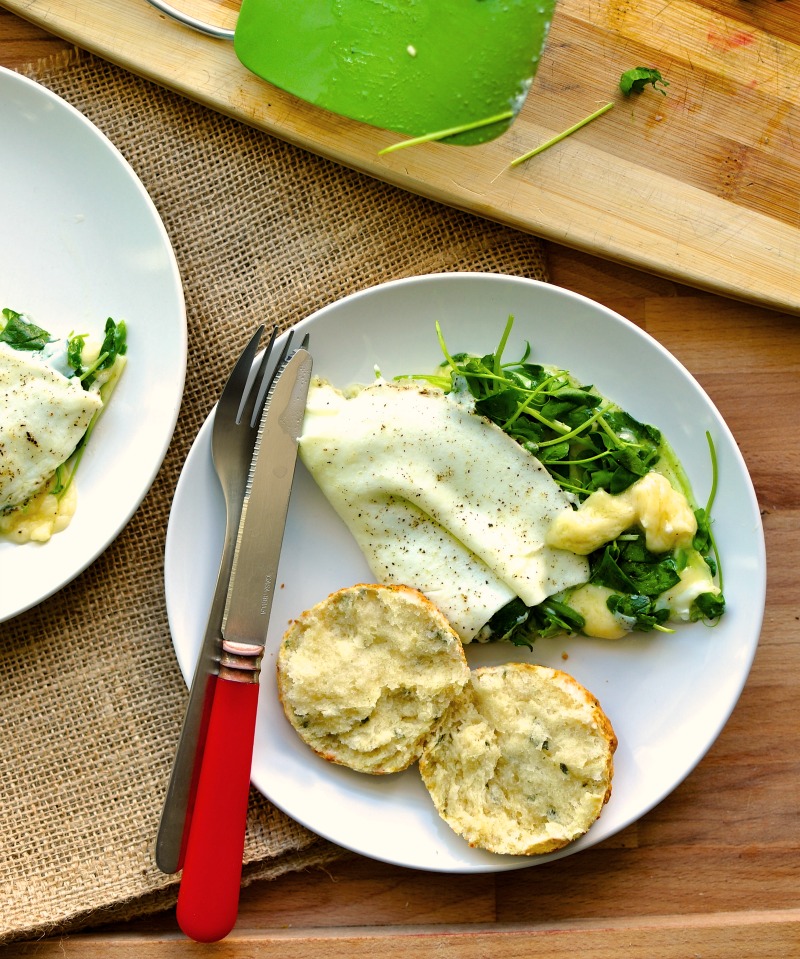 In an 8 inch pan, melt butter over medium heat.

Pour in egg white and wait until they start to set at the bottom (the bottom layer will become opaque but there will still be a lot of uncooked egg on top).

Spread cheese and pea shoots evenly across half of the eggs.

Using a spatula, fold over omelette and cover again until fully set (1-2 minutes).

Season with any additional salt and pepper you want.