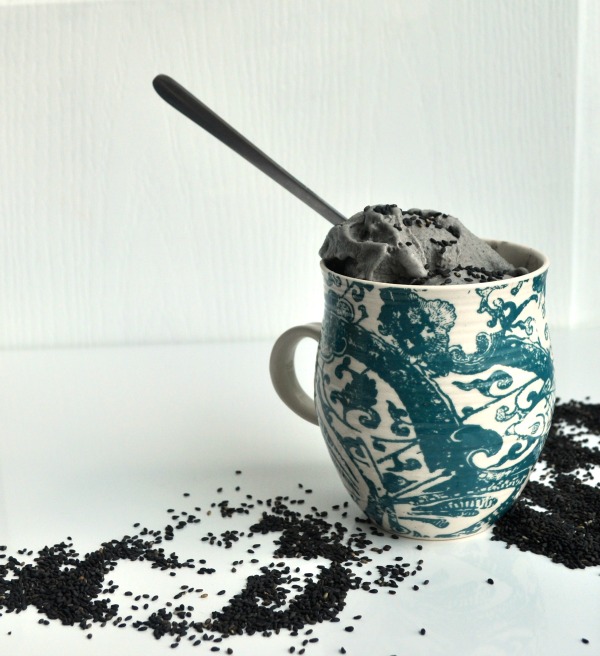 By far the best (and possibly most expensive?) gelato place in Vancouver is Bella Gelateria. It was certainly a treat when we lived there but when we visit a couple times a year, we always try to go (as long as the line-up isn’t too long). On top of the amazing texture of the gelato, the flavours are unique and beyond delicious. Last time we went I finally had pandan, which is a leaf that is used in Southeast Asian cooking and has a completely unique flavour, I can’t really describe it. If I ever come across the leaves, I will definitely have to try out making it at home. In the meantime, my boyfriend got black sesame last time we were there and when I saw the black sesames in the store this week, I knew I had to give some ice cream a shot. 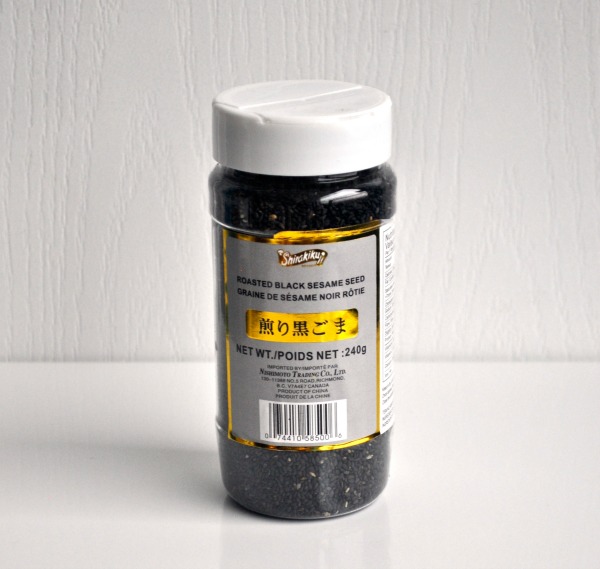 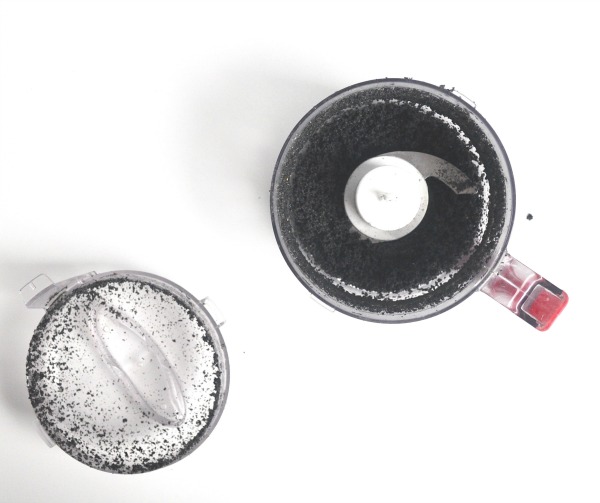 The reality is, I live with an ice cream addict. If there is no ice cream in our freezer, it’s a big problem and a quick trip to the corner store is in need. When I first got our ice cream maker, I thought I would replace all of the junky ice cream (I assume things are automatically junky when they have tons of ingredients you can’t pronounce on the side of the carton) with nice, homemade stuff, but I definitely haven’t been able to keep up with the demand. So, making ice cream at home is more about experimenting with different flavours, occasionally, then having it always in supply. Black sesame is definitely one of those flavours that I wanted to see if I could replicate at home. 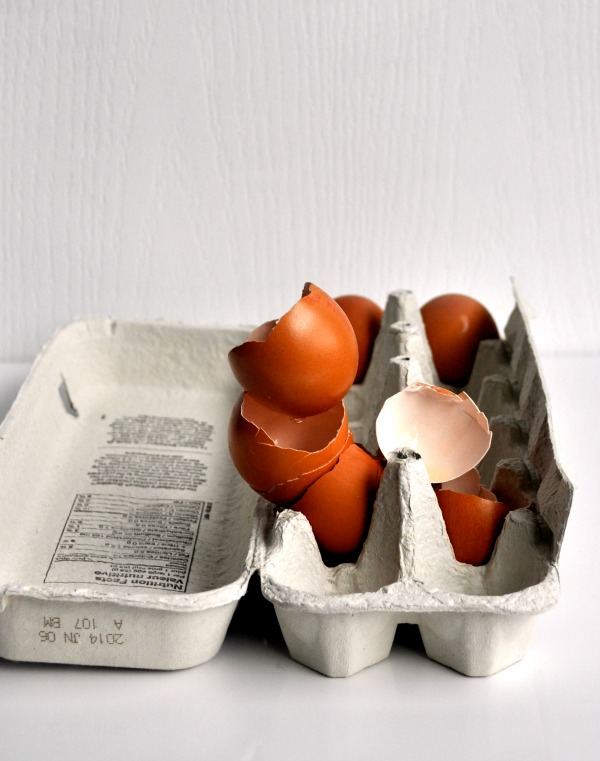 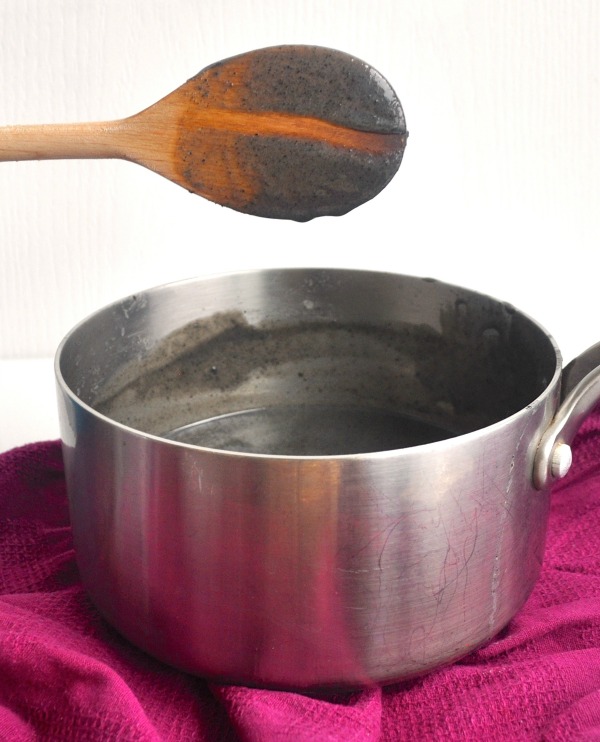 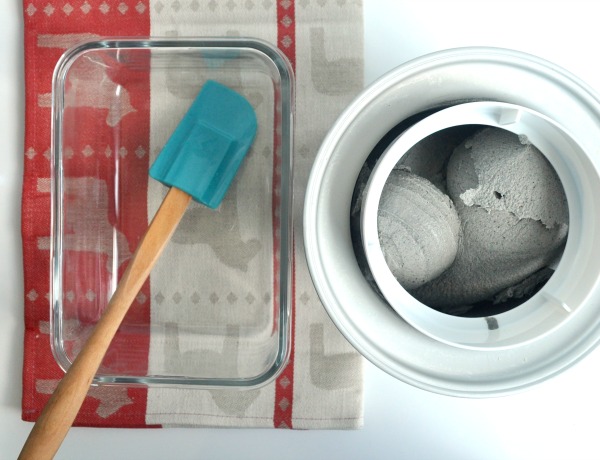 (Is anyone else completely mesmerized when/if you watch ice cream being churned? I can literally stand there for the entire 25 minutes of churning and stare at it being pulled around and around.) 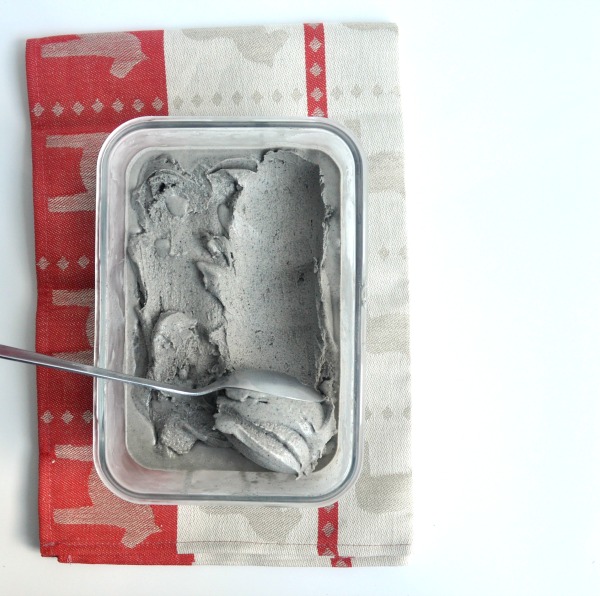 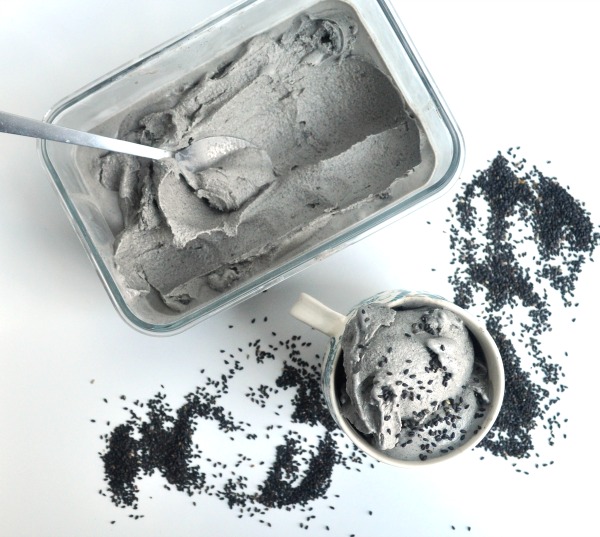 The first time we tasted black sesame ice cream was when we were in Japan. It has a nutty flavour to it but other than that, it’s hard to describe (other than saying it tastes like ‘sesame’, which I suppose is redundant?). This ice cream is creamy, sweet and full of sesame flavour and the colour is absolutely beautiful. If you’ve never tried it before, this would be a great recipe to try. I would guess that black sesame seeds are fairly common in the asian section of your grocery store or in an asian specialty grocery store. If you don’t feel like making the paste (it is really easy, however, if you have a food processor), you can look for that as well. I didn’t come across any, so I’ll be grinding my own black sesame for now- I have a feeling there will be other sesame treats like this in my future. 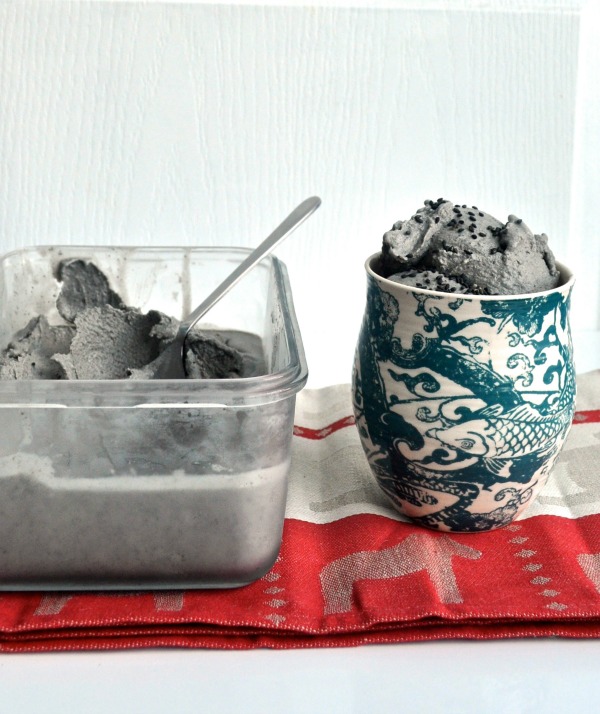 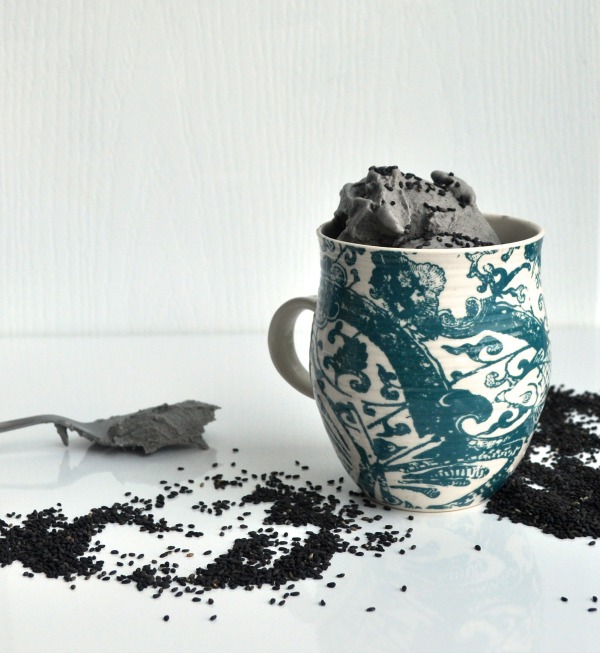 Base recipe from A Cozy Kitchen

In a small, dry pan roast sesame seeds over medium heat, until they start to pop (that the best way to tell if they are roasted since their already black and they don't release much scent).

Once cool, grind in food processor until a paste begins to form. Add honey. Grind until the sesame seeds are in a paste-like consistency and hold together when the mixture is squeezed between your fingers.

In a small pot, heat up milk, sugar, sesame paste, and salt, stirring until sugar dissolves.

In a medium bowl, whisk egg yolks until they start to turn light in colour.

Slowly add the warmed milk mixture to the eggs, whisking all the time (need to add a bit at a time so that the eggs don't curdle).

Once the milk is fully incorporated into the eggs, return the mixture to the pot and heat over medium heat, stirring, until thickened. The mixture should coat the back of a spoon and hold a line (see photo above).

Put in fridge to cool down for at least 4 hours, preferably overnight. If you want to speed up the cooling process, you can place the bowl with the ice cream mixture into an ice bath and stir (it will still take a few hours to fully cool down though).

Transfer to a freezer-safe container and freeze for a couple of hours for it to completely firm up.