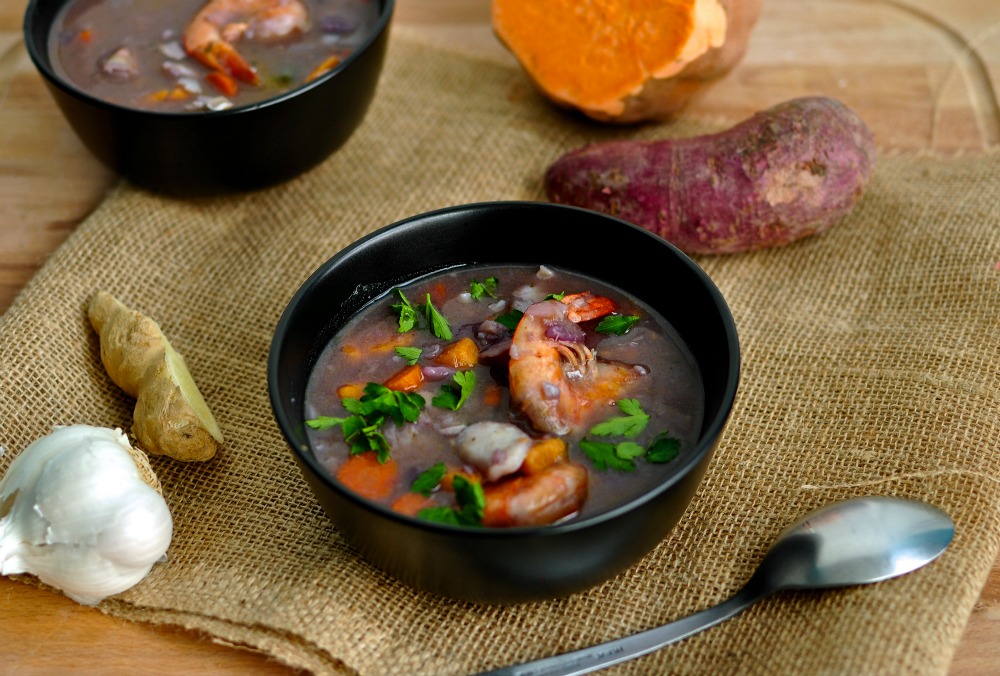 We were in Costa Rica over a year ago. The most memorable and delicious meal was one that we had in Puerto Viejo, which is on the Caribbean side of the island. We left our hostel and walked down a very dark road, heading for a place to eat that ended up being closed. We gave up and went straight back to our hotel. The speeding cars, motorbikes, and howler monkeys were freaking us out in the dark. We went to a small restaurant right across from our hostel, on the beach. At that point, we had been in Costa Rica for about ten days and I wanted anything that didn’t come with rice and beans. So, I went for a seafood soup called “rondon” that sounded pretty good. It ended up being great. 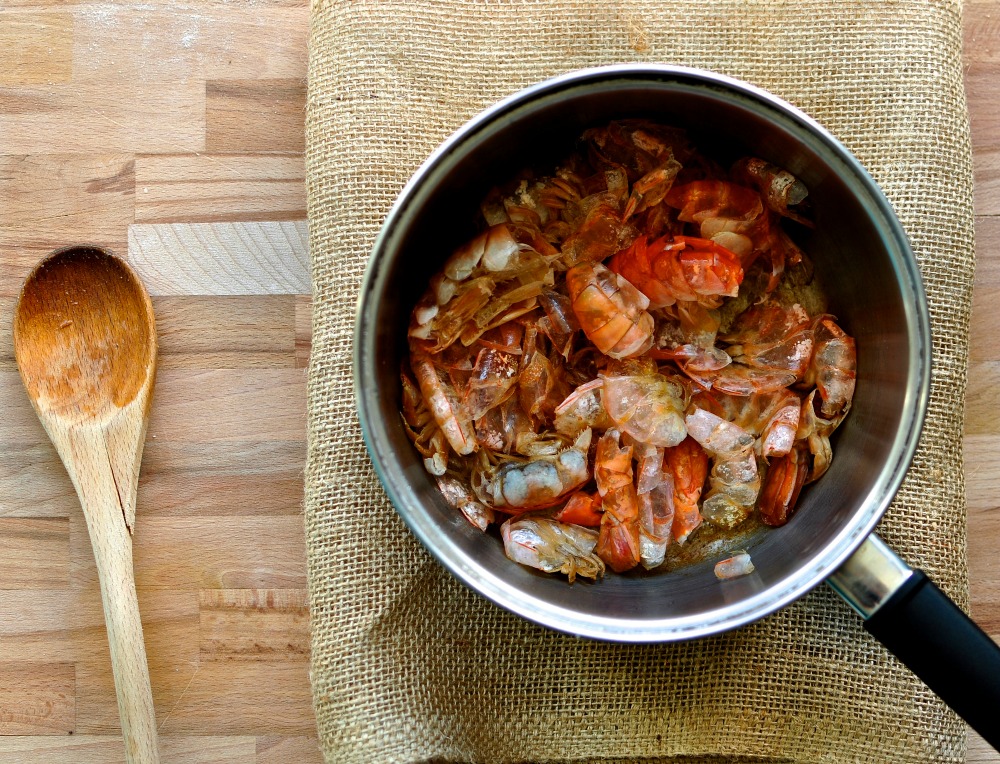 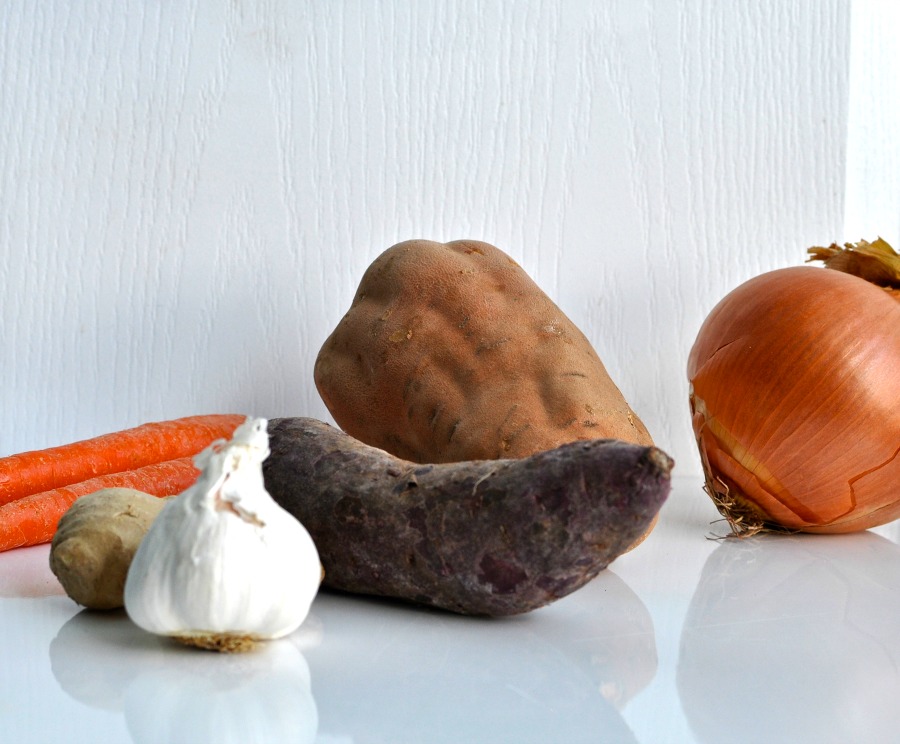 There is a reason that so many different cuisines have a version of seafood stew. It’s delicious. It also always seems like an extremely luxurious thing to eat. In fact, it’s hard for me to think of something more special than a bowl full of perfectly cooked seafood, floating in a flavourful and rich broth, with a side of crusty bread to soak up every last spoonful. The rondon was chock full with what I suspect was anything that was caught on that day, tons of local vegetables (mostly root vegetables like yam and taro), all topped off with a rich, coconut broth. 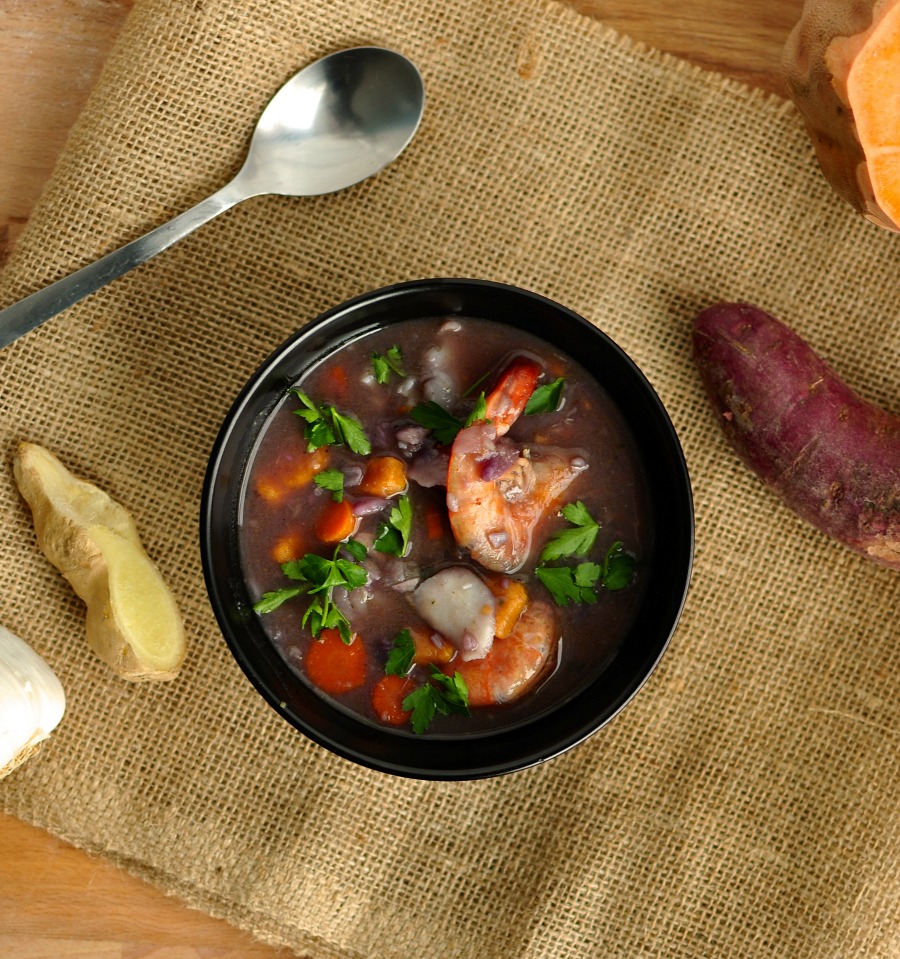 The at home version, in many ways, could never be as good as the original dish that I had. I live in a very land locked place, so the freshness of the fish will never match eating it fifty feet from the ocean. And my kitchen table (while perfectly nice) is not the same as breathing in the warm, salty, sea air. Nevertheless, it’s a pretty great version to have under my belt at home, wherever that may be. The seafood and fish are perfectly cooked and tender, the root vegetables are filling and something to chew on, and the broth is slightly sweet, rich and while simply spiced, full of flavor. 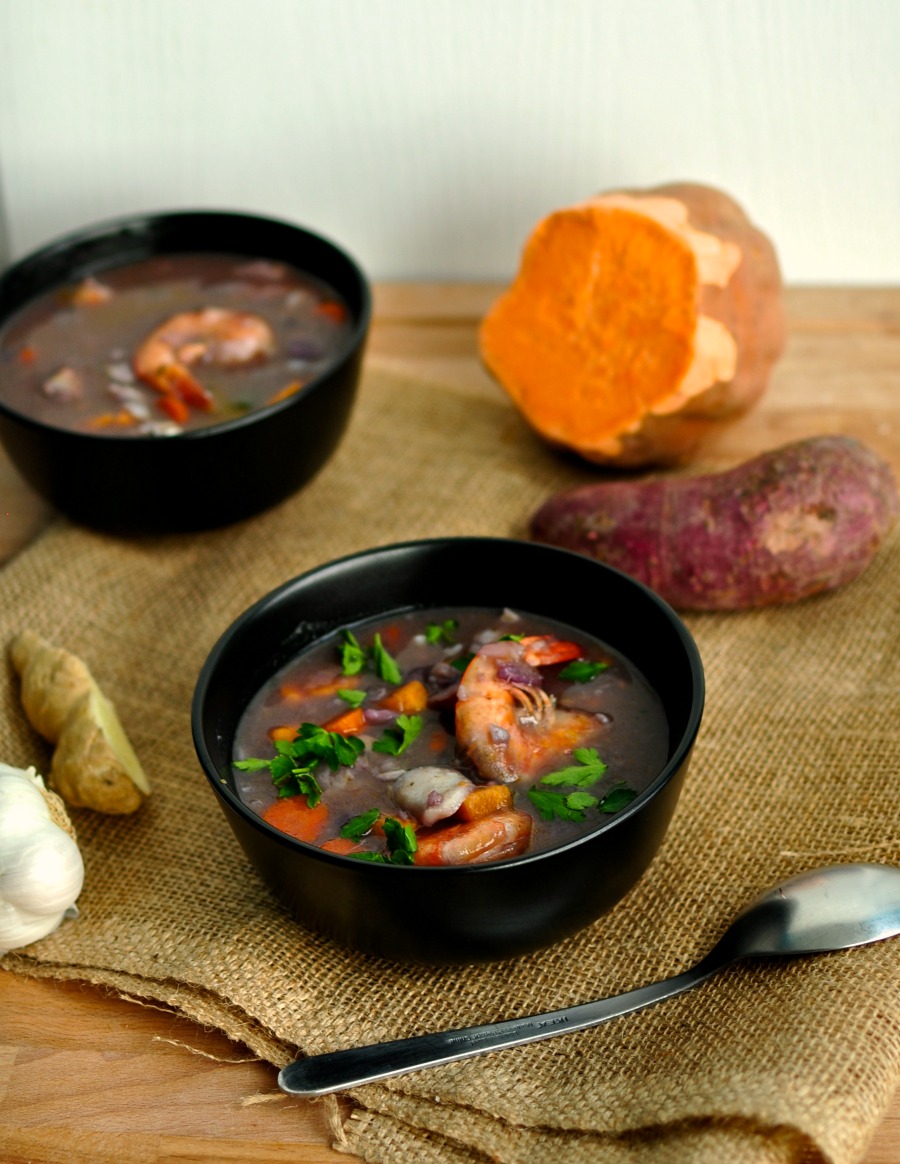 Excluding the onion, I used a total of 5 cups diced vegetables. Taro would be a great addition if you can find some.

You can find the recipe for a homemade shrimp stock below. If you don't have shrimp shells on hand, feel free to use a store bought version or fish broth.

This soup is quite sweet, so make sure to use the jalapeño and add enough salt and pepper, to taste, to balance everything out.

In a large pot heat up oil over medium heat.

Add flour, onion, garlic and ginger and sauté until they are softened and the onion is translucent.

Add coconut milk and stock. Bring to a boil, turn down to a simmer and simmer for 20 minutes.

Add shrimp and fish and cook until just cooked through.

Heat up oil over high heat.

Add water, bring to a boil, turn down to a simmer and simmer, covered, for 25-30 minutes.

Strain broth, pressing shells in strainer to extract as much liquid as possible.