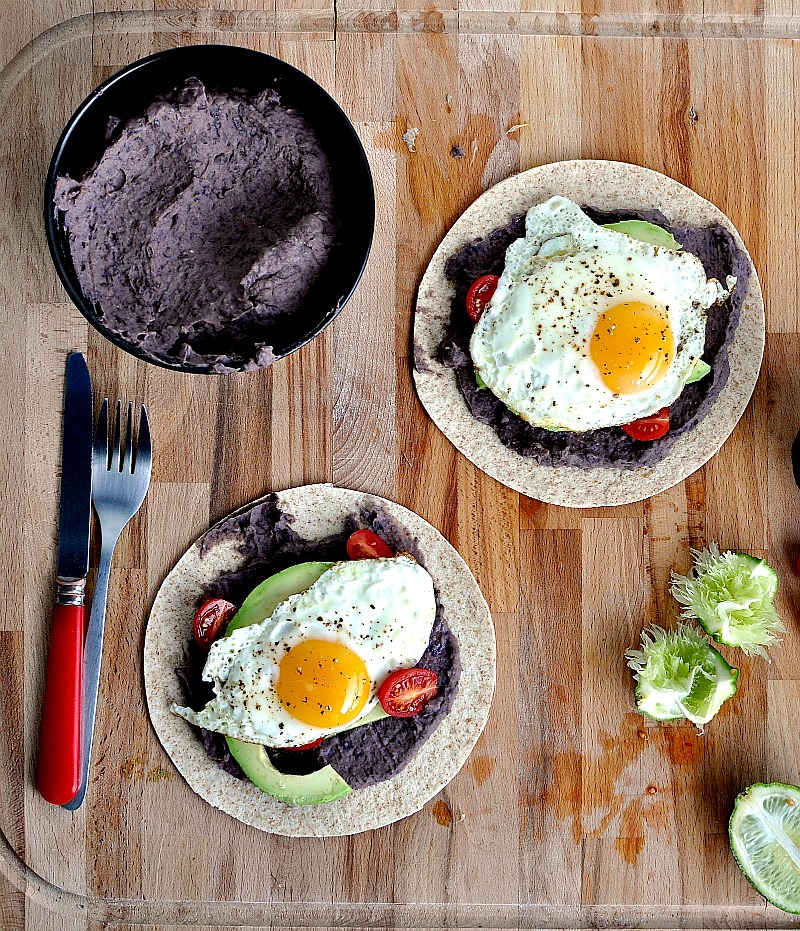 Over a year ago we went to Costa Rica for a couple of weeks. We didn’t know much about the food there before we went but we quickly learned that in addition to the amazing fresh fruit smoothies, fish and fried plantains, we would be eating a lot of rice and beans. If you had asked me before we went if rice and beans excited me, I would have said no. It’s not something I usually eat at home and the idea of eating them at least twice a day with every meal would not have sounded overly appealing to me. Surprisingly, the rice and beans that I had there were often very, very tasty: super flavourful without being overly spiced. Regardless, by the end of the trip, it became a running joke that the first thing I would cook for us when we got back home was rice and beans. Honestly, after 14 days of it, we weren’t going to be eating rice and beans and time soon. 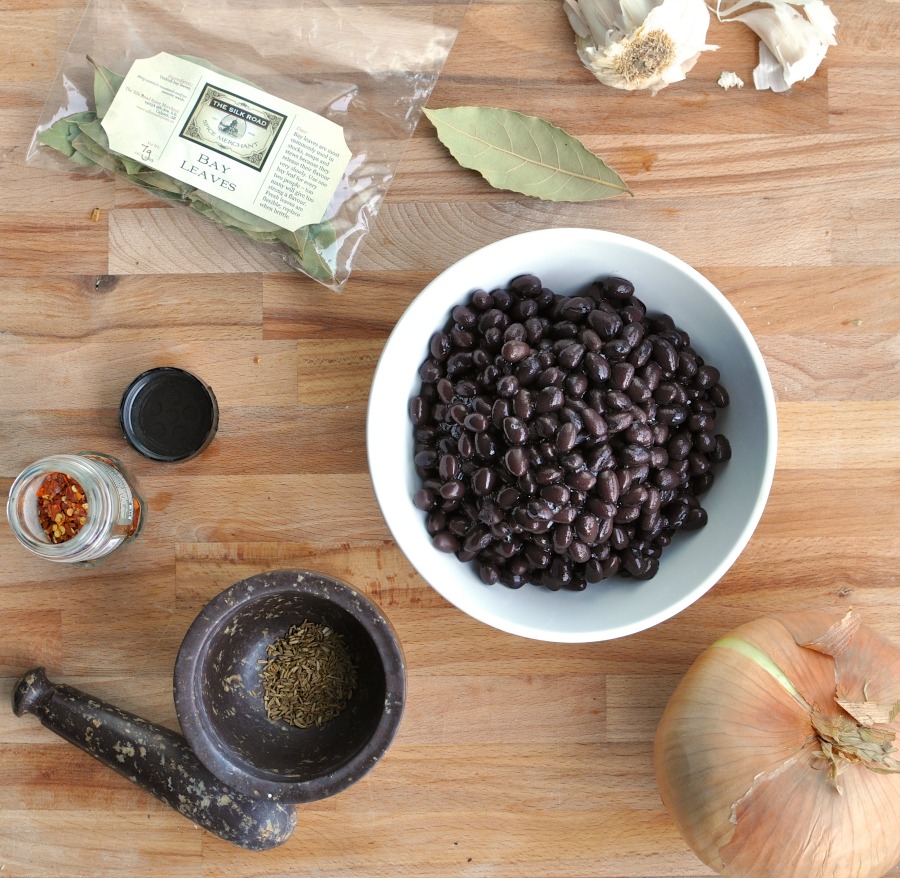 So, here we are, over one year later and I am fully back on the rice and bean bandwagon. Even though I’ve incorporated both items back into my diet, I haven’t made black bean puree (what a mistake!) since we’ve been home. This all changed the other night when I decided I wanted a ‘breakfast for dinner’ style meal and was craving pureed black beans, out of nowhere. The dinner was so surprisingly good, I had to remake it (within the same week!) and share it here. 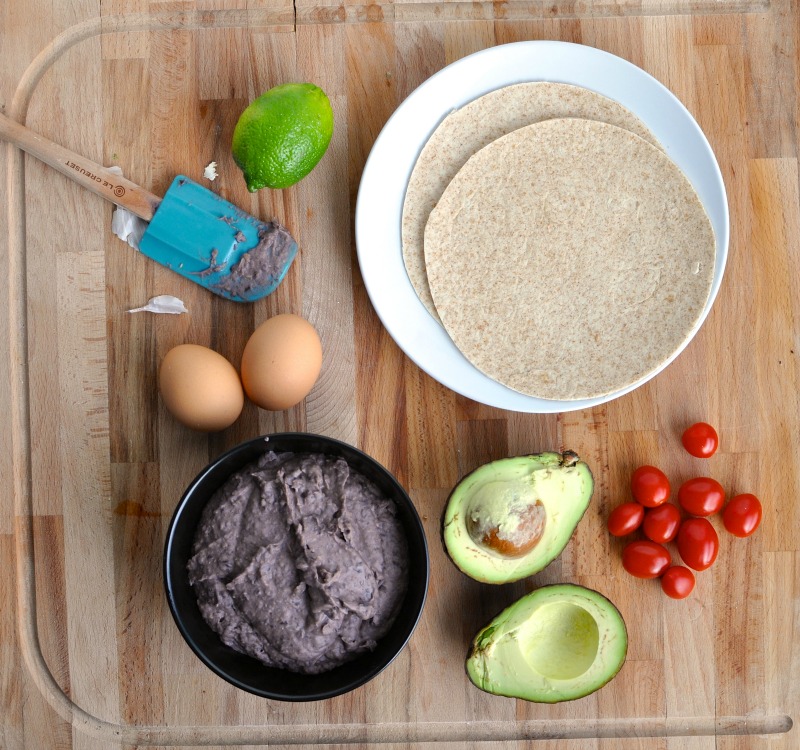 There is something about the black bean puree that is so satisfying. It is filling, hearty, smooth and healthy. It’s the perfect smear for any taco, but I have to admit, I was eating it by the spoonful out of the pot after I was done with everything else. Paired with the black beans, the avocado is fresh and creamy and it’s all topped off with a sunny side up fried egg. The runny yolk bursts to create a beyond delicious, but incredibly simple bite. To me, breakfast for dinner isn’t only awesome because there’s no reason to restrict breakfast food to one part of the day if it’s something you love but it also means a fast, easy meal that is often topped with an egg. These tacos are healthy, cheap to make and can be thrown together with very limited ingredients left in your fridge. 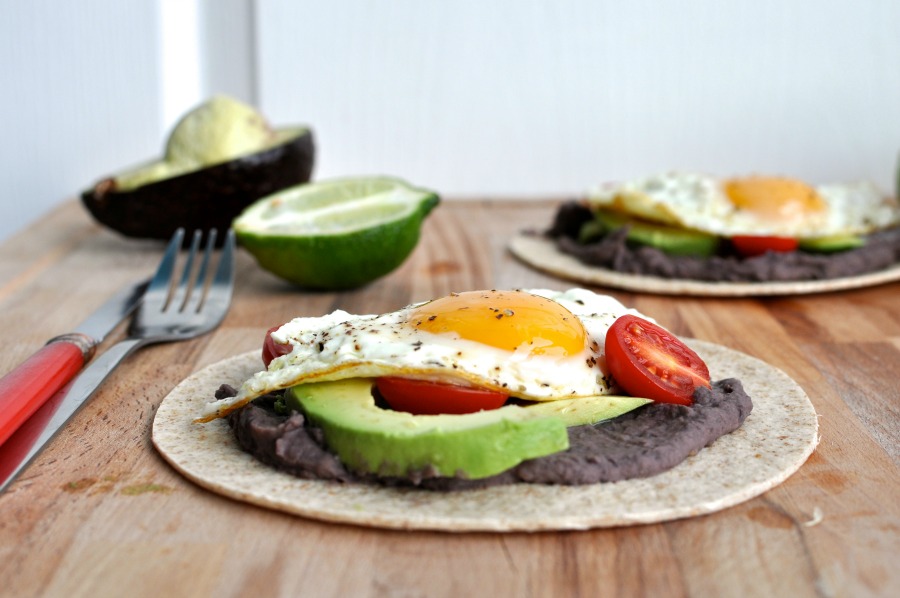 This will make enough black bean puree for 4-6 tacos (depending on size).

In a small pot, heat up oil over medium heat.

Add bay leaf, black beans and water and cook for about 10 minutes. Most of the water will have evaporated

Remove bay leaf and puree until desired consistency. If the mixture it too runny, cook for a few more minutes on the stove, over low heat, stirring constantly.

Smear a good amount of black bean puree on the tortilla. Add avocado and cherry tomatoes and a generous squeeze of lime juice.

Top with egg and serve.