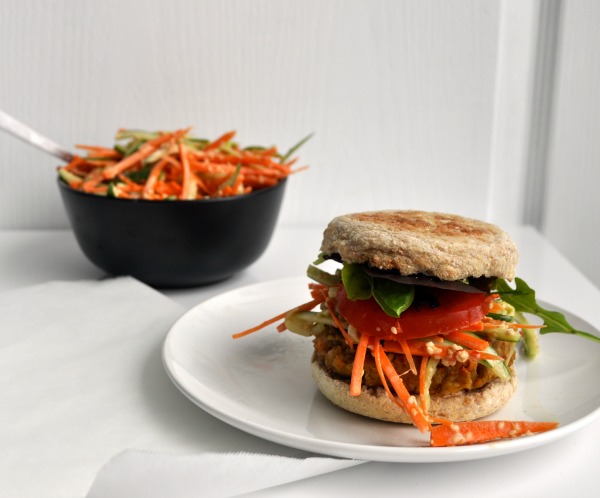 Do you ever cook something and think you are being totally inventive? Throwing things together and hoping they will work, and when they do, you pat yourself on the back for putting something so great together, and on the first try no less! Anyway, that’s what I thought happened with this veggie burger. I ran out of these a while ago and decided that I wanted a good burger for dinner, but instead of a bean base, I went with lentils and rice and added some asian flavours. As I was shaping the patties, it occurred to me that I clearly subconsciously took a lot of inspiration from Sprouted Kitchen’s Asian nuggets, which were absolutely delicious. It’s amazing how much you absorb, reading blog after blog- I never would have thought of making a lentil/rice based veggie burger on my own (even though it totally felt like I did). 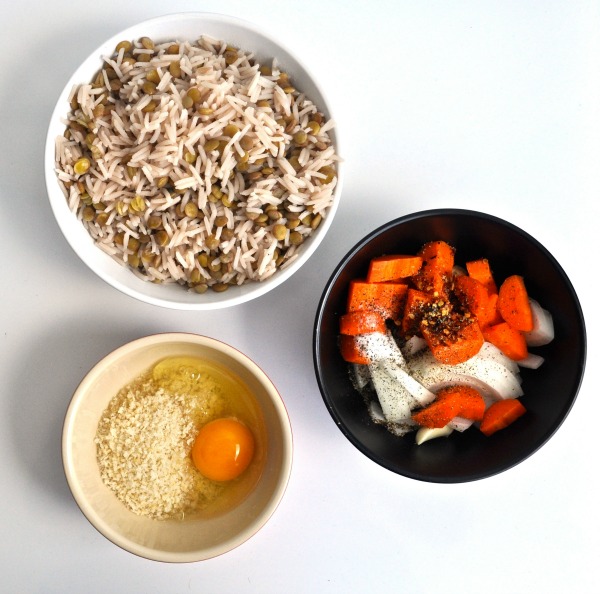 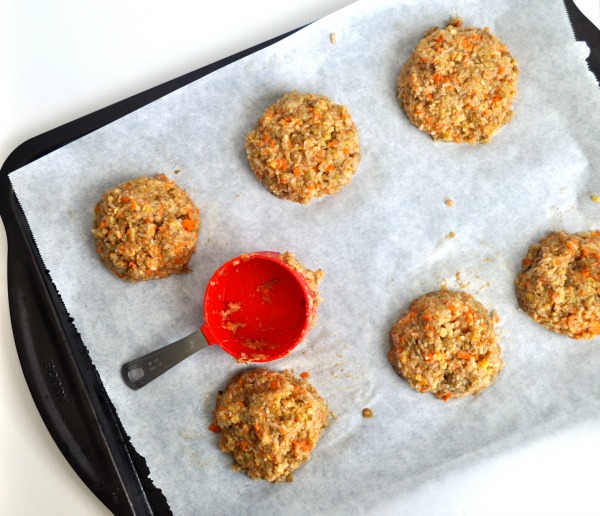 The risk with making veggie burgers, without following a tried and true recipe is that they will simply fall apart when you cook them. To work against that, I made sure to add two eggs, some panko bread crumbs and to rest the mixture in the fridge before frying them up. I was exceedingly happy that they stayed together and had a lovely texture. These are definitely a winner! The flavours of the burger aren’t too overwhelming either. If you’re not feeling that flavor profile, you can easily swap the flavourings out for other spices. This is a solid base to work off of. Although making them always takes some time, and dirties quite a few dishes, it’s always nice to have some leftovers stored in the freezer for what can be a quick and easy meal down the road. 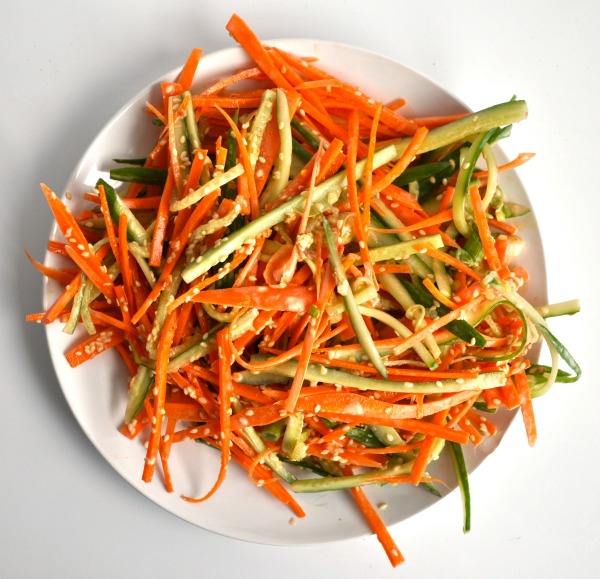 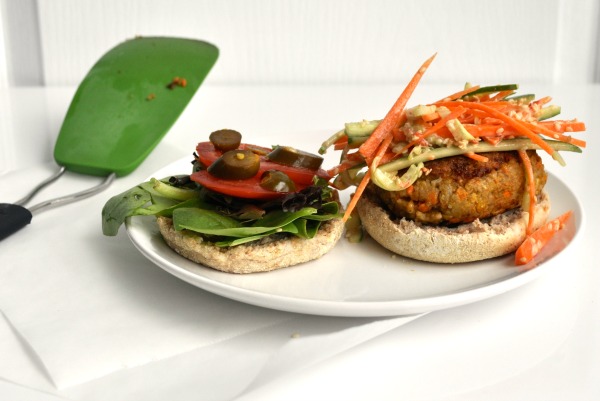 What’s special about this burger (and inspired me to put the asian flavouring in the burger in the first place) was the slaw. Spicy, tangy, crunchy, creamy, this slaw is definitely a winner. I love slaw because they are fast to throw together and store well, almost getting better as they sit. If you don’t feel like a slaw, you can even put together the dressing and slather it on the burger, the flavours are bright and delicious and take it to the next level.

Last, I do suggest thought that you eat this on a proper burger bun and not an English muffin like I tried. Man, it was a messy task to eat! But worth it all the same… 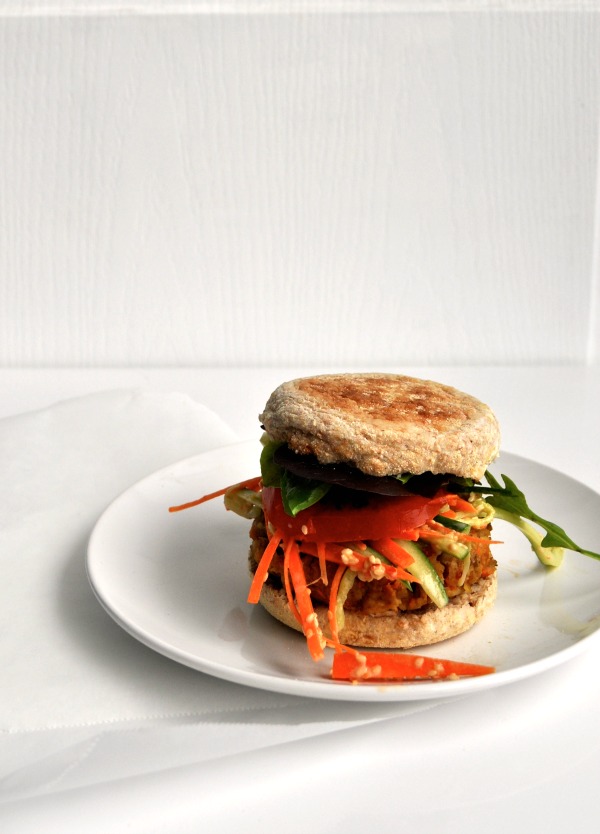 You'll get six burgers and six portions of slaw (if you are using it as topping for you burger). If you are eating the slaw as a side dish, this is only enough to serve two.

If you don't feel like having slaw on your burger, make the sauce and smear it on your bun. It's tangy, creamy, and spicy and adds heaps of flavour to the burger as a whole!

Fill a medium pot and bring to a boil

Add rice and lentils and turn down to a slow boil. Boil for 10-12 minutes, until tender but not mushy.

Strain and set aside to cool.

In a food processor, chop onion, garlic, carrot and all of the spices. Add rice and lentils and pulse until combined.

Add eggs and breadcrumbs and pulse until combined. The final mixture should be a very chunky paste.

Place burgers on a parchment lined baking tray and cool for 30 minutes. Either transfer baking tray to freezer and store burgers in freezer for later use or heat up pan over medium heat with some canola oil and fry them on each side until golden brown (about 3 minutes each side).

Add carrots and cucumber and toss until coated.