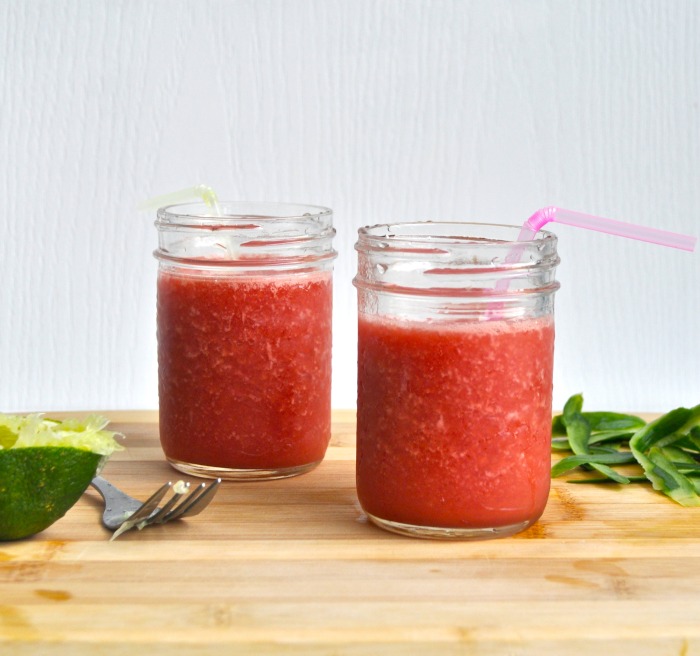 As a general rule, I don’t like the taste of alcohol. I am not one of those people who sips scotch on the rocks or vodka and water. While I can appreciate a good cocktail, a key part of my definition of ‘good’ is that it doesn’t have that harsh, alcohol taste. Last month when we were in London, we had the opportunity to have a bunch of really great, fruity, sweet cocktails. One of my favourite places that we went was a little underground bar called Bourne and Hollingsworth, a hole in the wall that serves a variety of drinks but specializes in cocktails with tea in them, served in teacups. 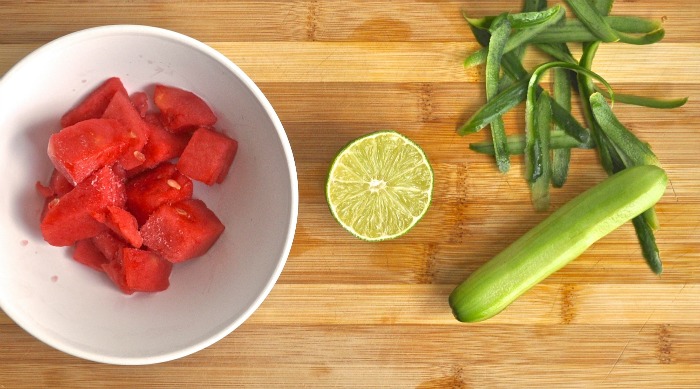 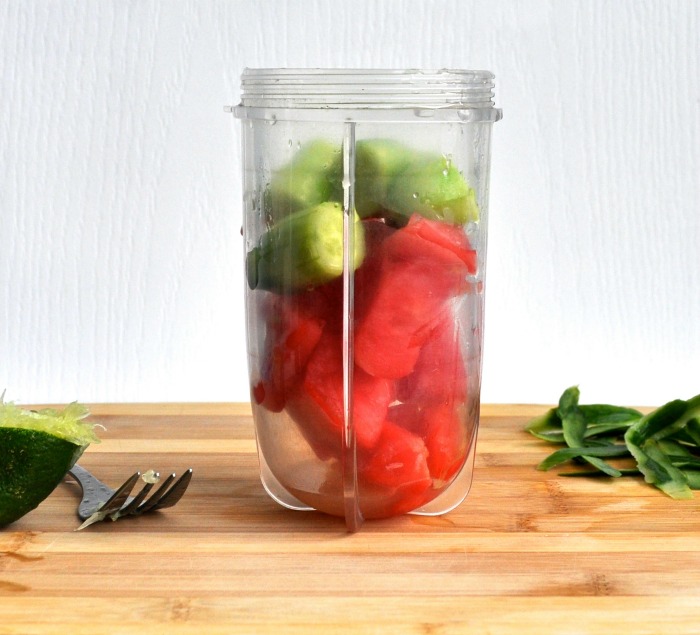 The bartenders at this place were essentially artists. I was mesmerized as I watched them make our drinks: muddling, shaking, squeezing, pouring. Both of the drinks we ordered were pink and delicious, but the watermelon based glory was definitely my favourite. It was the type of drink that I could easily down in a couple of minutes and proceed to consume a few more, if it wasn’t for the steep price tag. Luckily, the general idea of the drink is easy enough to replicate at home, even if I’m not as impressive making it as the guys in the bar. 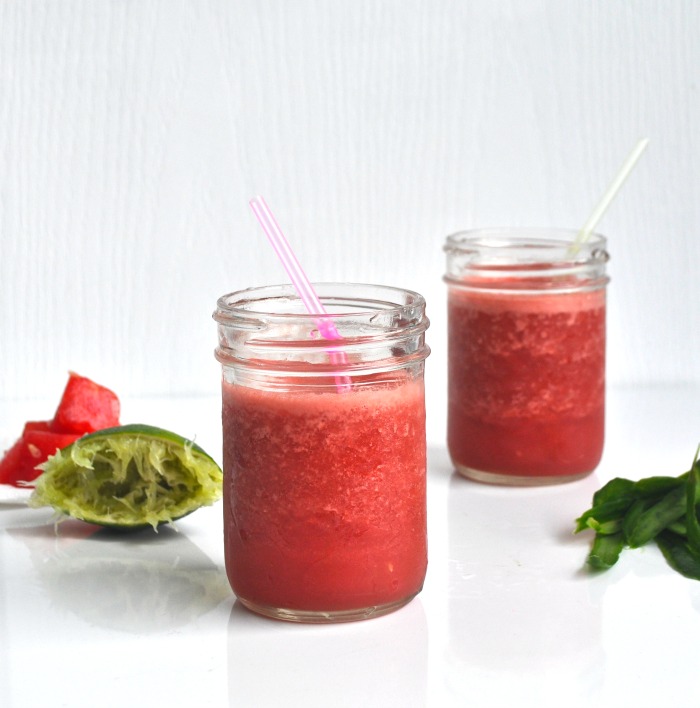 To get a super cold, icy texture I froze half of the watermelon. Otherwise, I kept things pretty simple and classic, combining cucumber, lime and watermelon to make an exceptionally refreshing drink. Honestly, you can stop right there if you want to. I made this right after I came home from a run, so that’s what I opted for, but you can definitely add a bit of sparkling water for a nice fizzy taste if you have some on hand, or a shot (or two) of vodka if you want to go down the alcohol route. 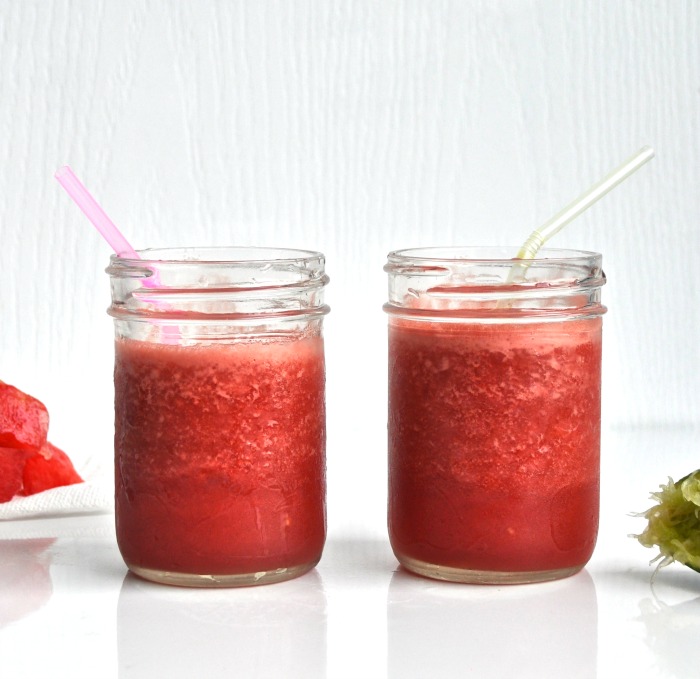 Quick tip: To get as much juice out of your lime as possible, stick a fork into the flesh and wiggle it around, extracting every last drop!

I removed the skin of the cucumber to keep the colour super pink. The dark skin tends to make things a little brown, but if that doesn't bother you, leave the skin on.

If you're adding sparkling water or vodka, just add to your own taste.

Combine all ingredients (other than sparkling water, if using) in a blender and blend until smooth.