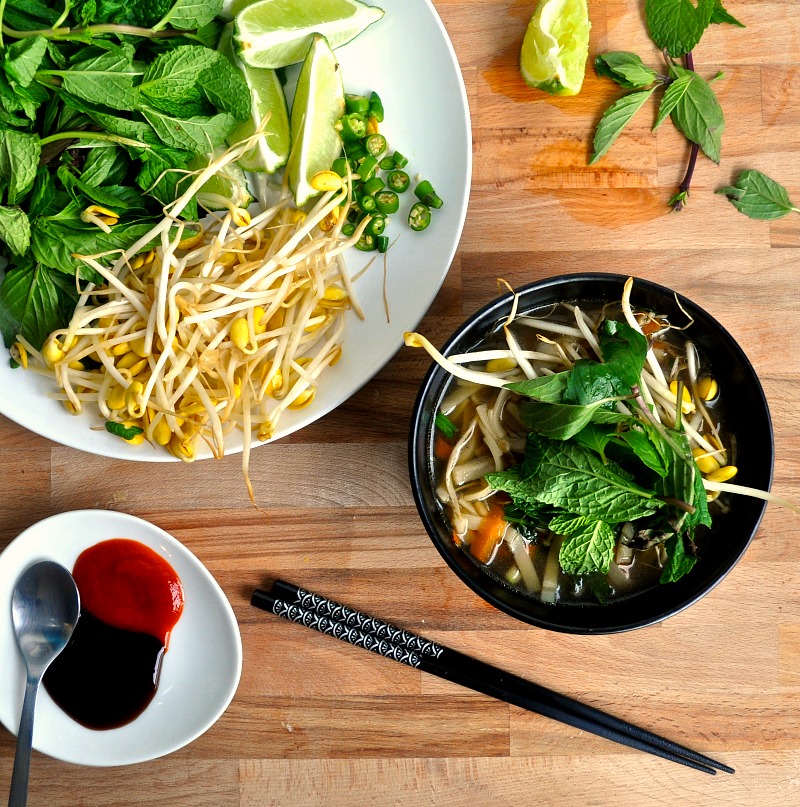 Sometimes a recipe is so tightly tied to its meaty roots that making a vegetarian version seems like an unforgivable bastardization of the dish. For me, pho is one of those dishes. Vegetarian pho is something that I have thought about making ever since we went to Vietnam four years ago. Whenever I found a vegetarian version during our travels, I savoured that hearty bowl of soup like you wouldn’t imagine. Even in 40C heat and 100% humidity, the soup was worth it (is it ever too hot for soup?). However, I always suspected that my bowl of pho was nothing like the meaty broth that my travel partner was eating across from me. 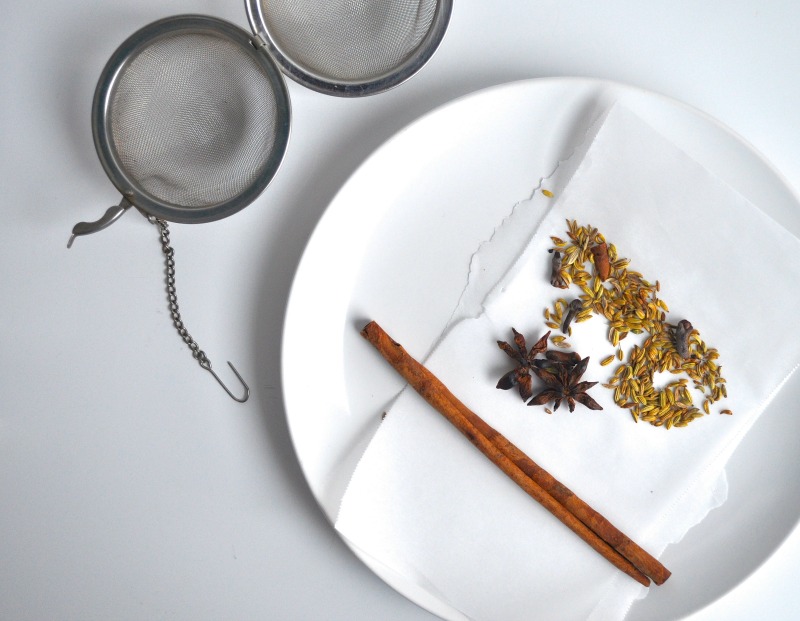 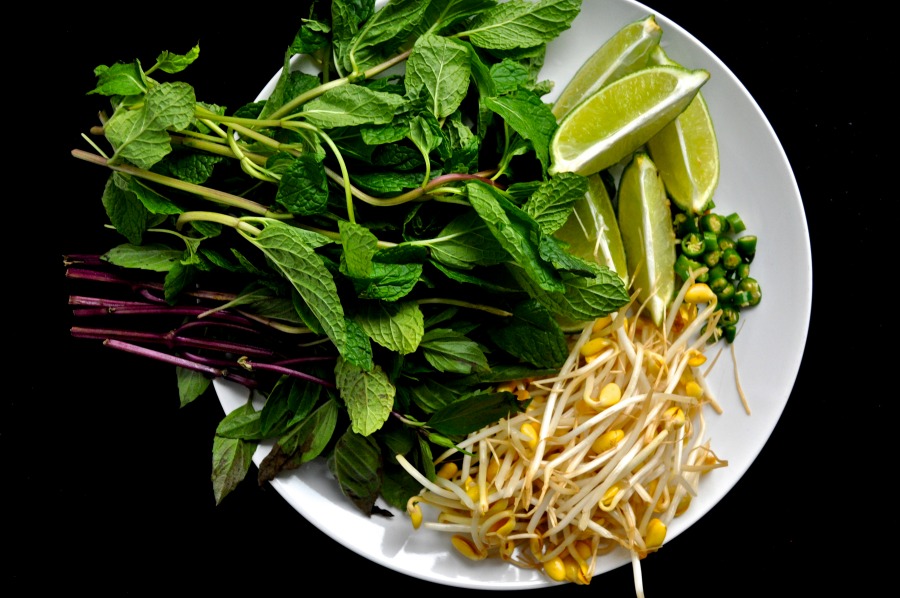 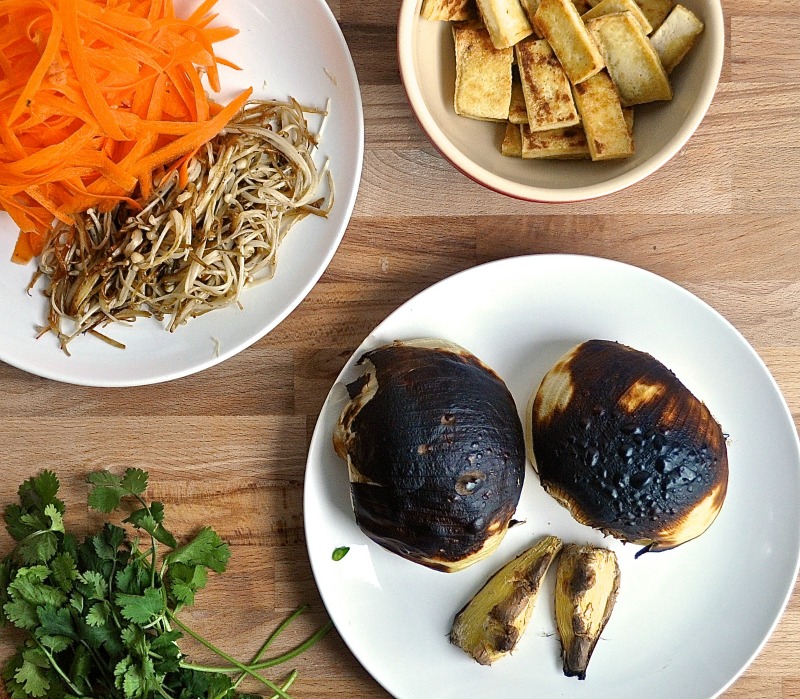 Even so, I decided it was time to finally give it a try. It’s well overdue. After undertaking some research on traditional and vegetarian pho, I learned that there are countless versions of the classic soup (not too surprising). In fact, it’s hard to know how far you can stray before you are making a completely different dish. But, from what I gather, the spices that are traditionally used are star anise, cinnamon, cloves, and fennel seeds, which are unlike anything I ever use in my soup. On top of that, the pile of fresh thai basil, mint, lime, chiles and bean sprouts are a must-have. They are always piled high on a plate next to the soup, so you can add as much or as little as you like. Last, the spicy sriracha and sweet hoisin that you can squirt as liberally as you please, were definitely going to be included in my at-home version. 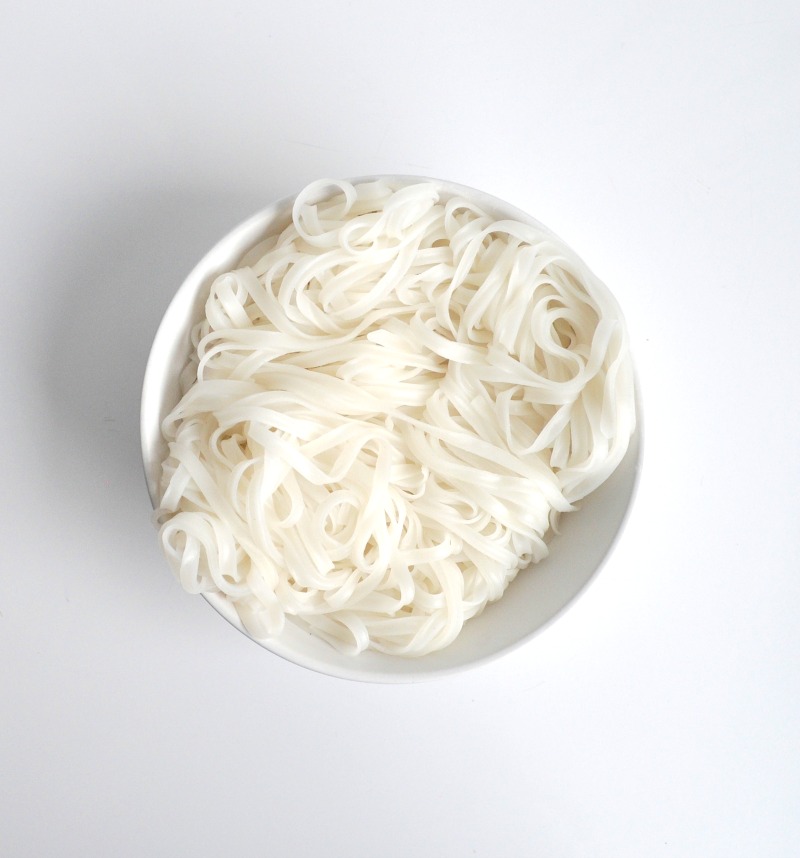 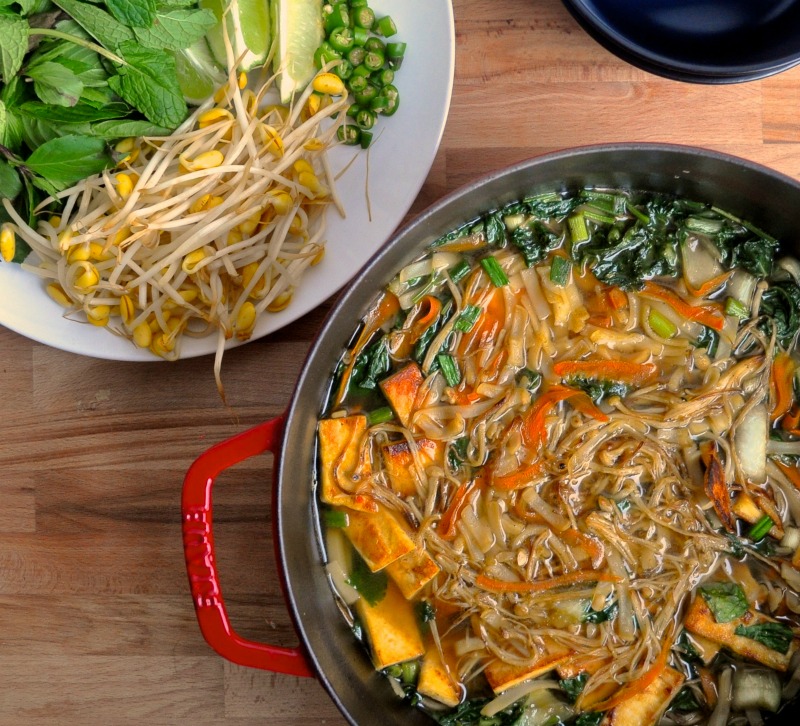 The final product is a great soup. When I first started making it, my boyfriend asked what spices I was putting in it. After I told him, his reply was: “That’s what goes into pho? Who knew”. That’s exactly how I felt when I tasted the final version. I know that the soup is full of charred ginger and onion flavour, a bunch of distinct spices and a liberal amount of fish sauce, but if someone else had made this and you asked me what had gone into it, I could have never guessed. After you strain out the onion and ginger, the broth is mellow but very flavourful. I was worried it would taste very strongly of anise, but it didn’t. Everything melded perfectly together. Then, once you add the fish sauce and tons of texture and flavour from the leafy fresh herbs, crunchy bean sprouts, chewy tofu, slippery noodles, and gentle pieces of mushroom and greens, the soup transforms. The lime, chile, brown sugar, and fish sauce give the soup a tangy, hot, sweet, salty complexity. While the list of ingredients for this soup is long, a lot of the elements are things that you may very well have on hand. This recipe makes a huge batch of soup, and it’s definitely a dish that you could easily eat steaming bowl after bowl of. 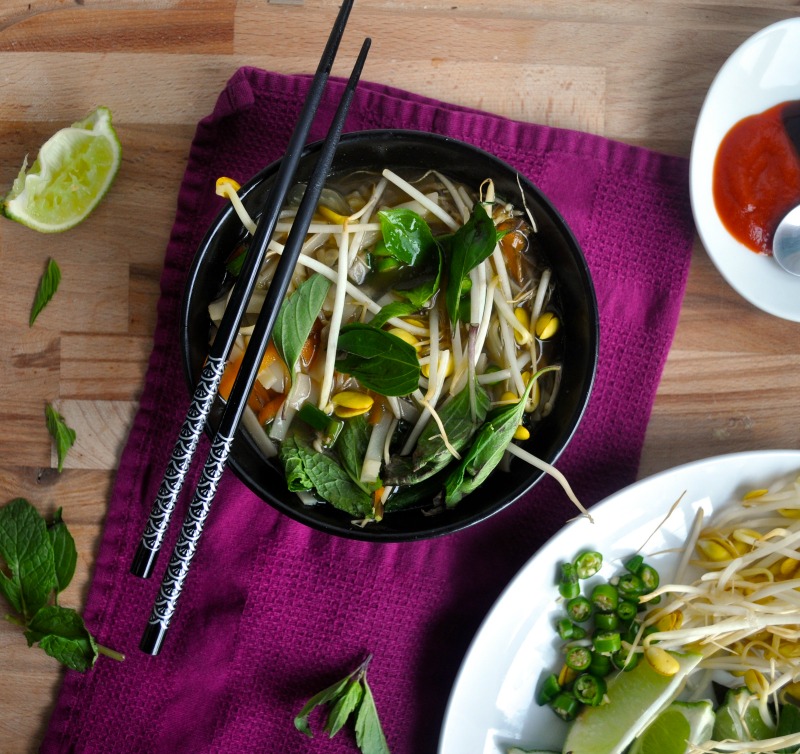 Warning! The fish sauce actually makes this dish not vegetarian. If you omit it, the soup will actually be vegan.

A trick to peeling your knobby piece of ginger is to gently scrape the skin off with a spoon.

Preheat oven to 500F on broil.

On a baking sheet lined with aluminum foil, place onion and ginger. Broil for about 30 minutes, until the outside layer is charred. If you have a gas stove, you can easily char it over the flame.

In the meantime, prep your other ingredients:

In a dry pan over medium-high heat, toast your spices until fragrant.

Cook rice noodles until just under-cooked (about 5 minutes in boiling water, or follow instructions on the package)

Saute mushrooms in a little bit of oil, over high het, until browned.

Slice tofu thinly into 1" x 2" rectangles. Saute in some oil until browned on both sides.

Using a vegetable peeler, peel carrots so you have nice, thin ribbons. If you don't feel like peeling everything, you can throw the extra into the stock.

When the onion and ginger are ready, in a very large pot, heat up 8 cups of neutral vegetable stock.

Add charred onion, ginger, any extra carrot, and spices. You can put the spices in some cheese cloth or a tea ball so that they can be easily extracted from the soup.

Stir in mushrooms, tofu and cilantro.