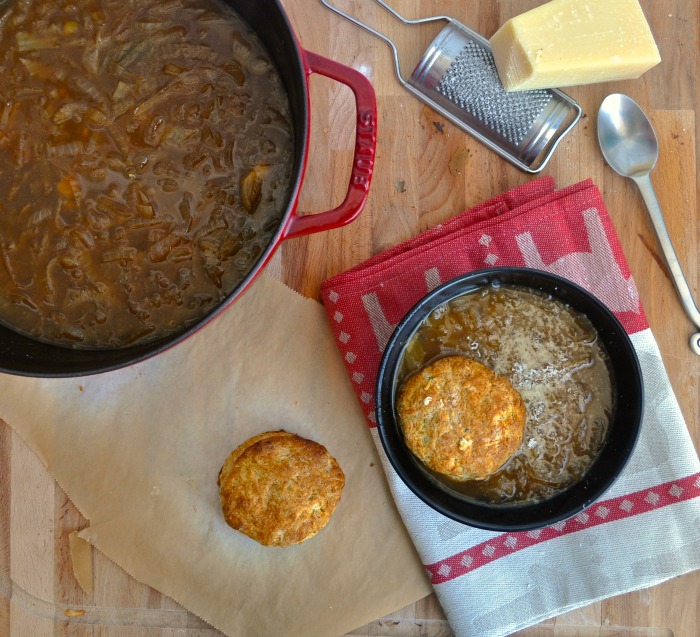 When I open the weather app on my phone, the description under the temperature reads “Frigid”. While I am grateful that the weather only turned cold mid-November this year, I find the word fairly depressing. It is such a harsh word, frigid, it makes me not want to leave the house just looking at it. So, when I got home from out of town and my boyfriend announced that we had three yellow onions that needed to be used up and suggested some onion soup, I was all over it. 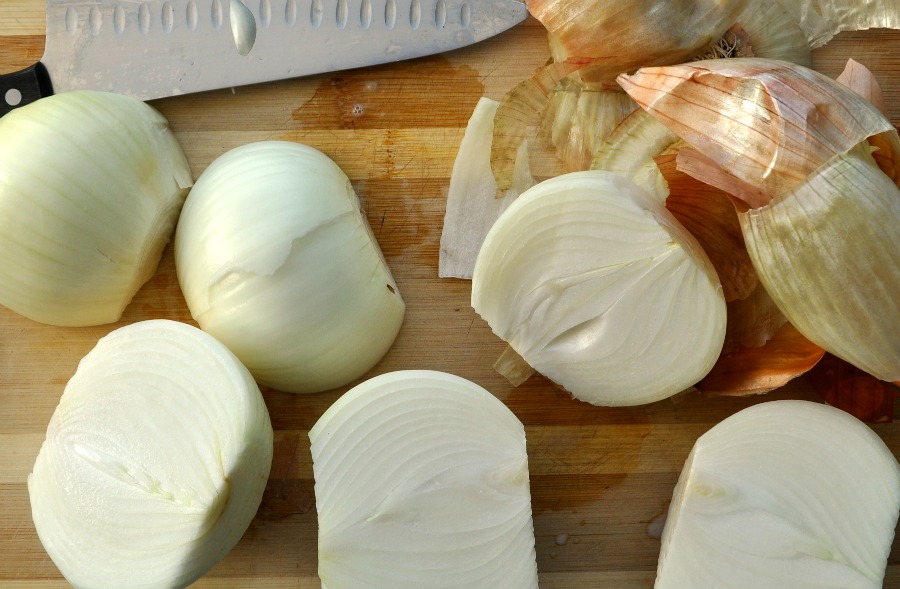 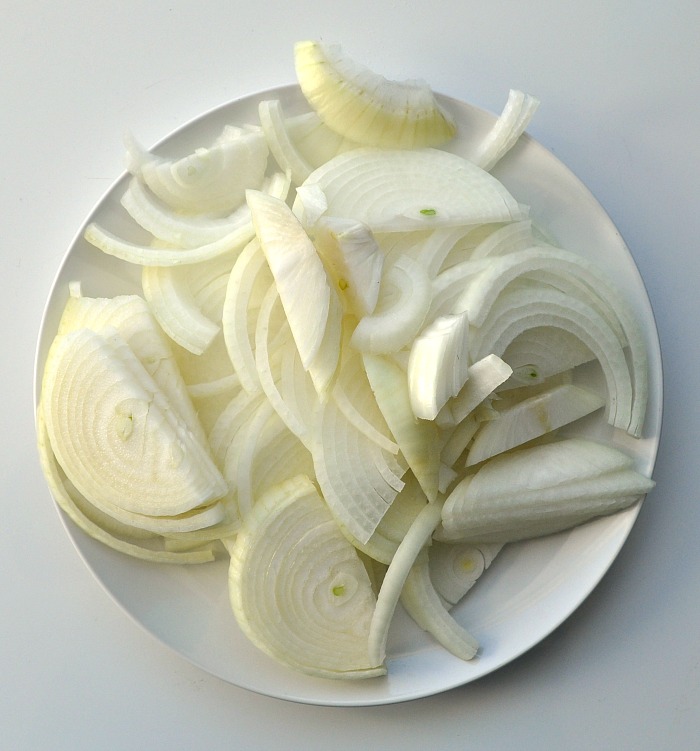 Not only was I already planning on making these biscuits, which I thought were the perfect alternative topper to the soup, but who can say no to a warming, rich, simple classic like French onion soup? Not me. I haven’t really made the soup before. Honestly, the process of caramelizing the onions always seemed like quite a pain to me, but really it is not a lot of active work, even if it does take some time. Plus, my whole apartment smelled like deeply sweet onions for a few hours, which I found exceedingly pleasant. 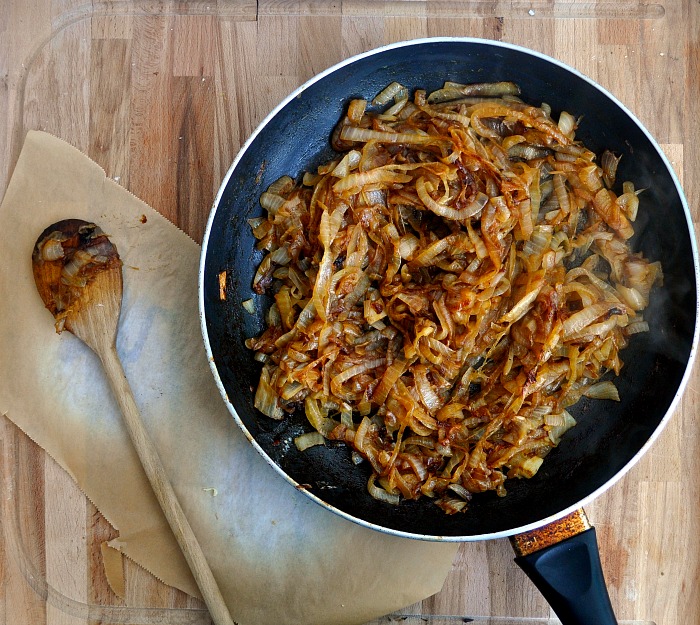 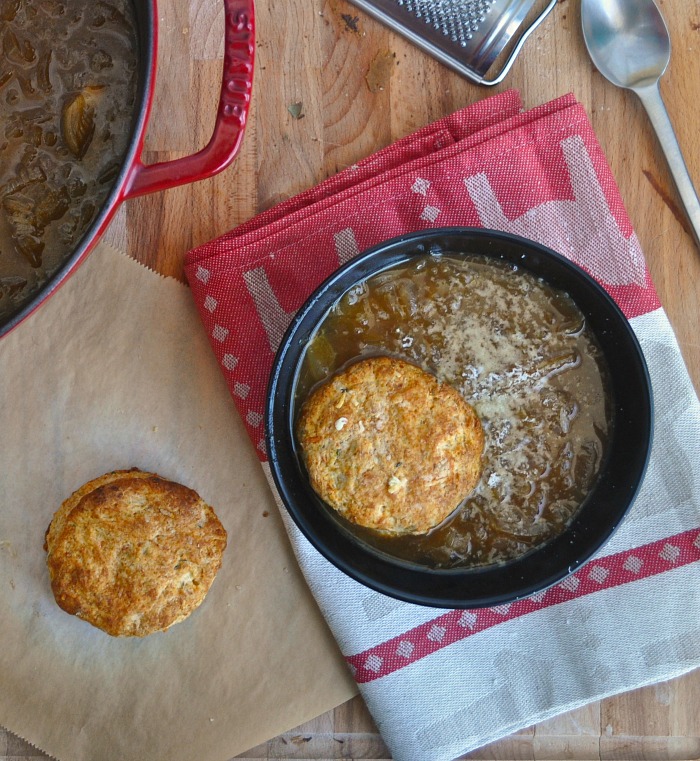 This soup is basically some onions, stock, wine and herbs. That’s all there is to it. Of course I threw a parmesan rind in there for good measure and some sort of cheesy-soup-soaked-bread is a must. While you can definitely go the classic route and throw a nice piece of bread and a ton of gruyere over the top, letting it caramelize in the oven, I decided to top it with some of these parmesan and sage buttermilk biscuits. If you ask me, they are the perfect lid to this sweet, warming bowl of soup, especially with some extra parmesan grated on top. 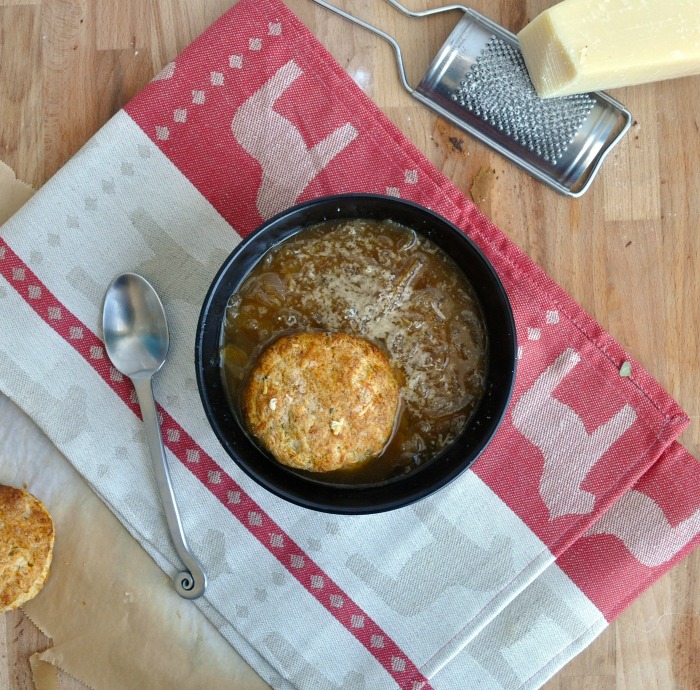 In a large, heavy bottomed pot, heat up olive oil over medium heat. Add onions, salt and pepper and stir to coat onions in olive oil.

Cook onions, stirring occasionally for bout an hour, until they are completely reduced, evenly caramelized and soft. You aren't frying the onions, you are cooking them slowly!

Once onions are caramelized, add butter and flour, stirring until the flour is browned (about 1 minute).

Add stock, white wine, bay lead, sage and parmesan rind, scraping the bottom of the pot with a wooden spoon to make sure any onion bits are incorporated into the soup.

Bring the soup to a boil and simmer, covered, for about 40 minutes.

Serve with parmesan and sage buttermilk biscuits, topped with extra parmesan or preheat oven to broil, ladle each bowl of soup into an individual oven-proof bowl, cover with a piece of bread, a generous helping of gruyere and cook until the cheese is golden brown.