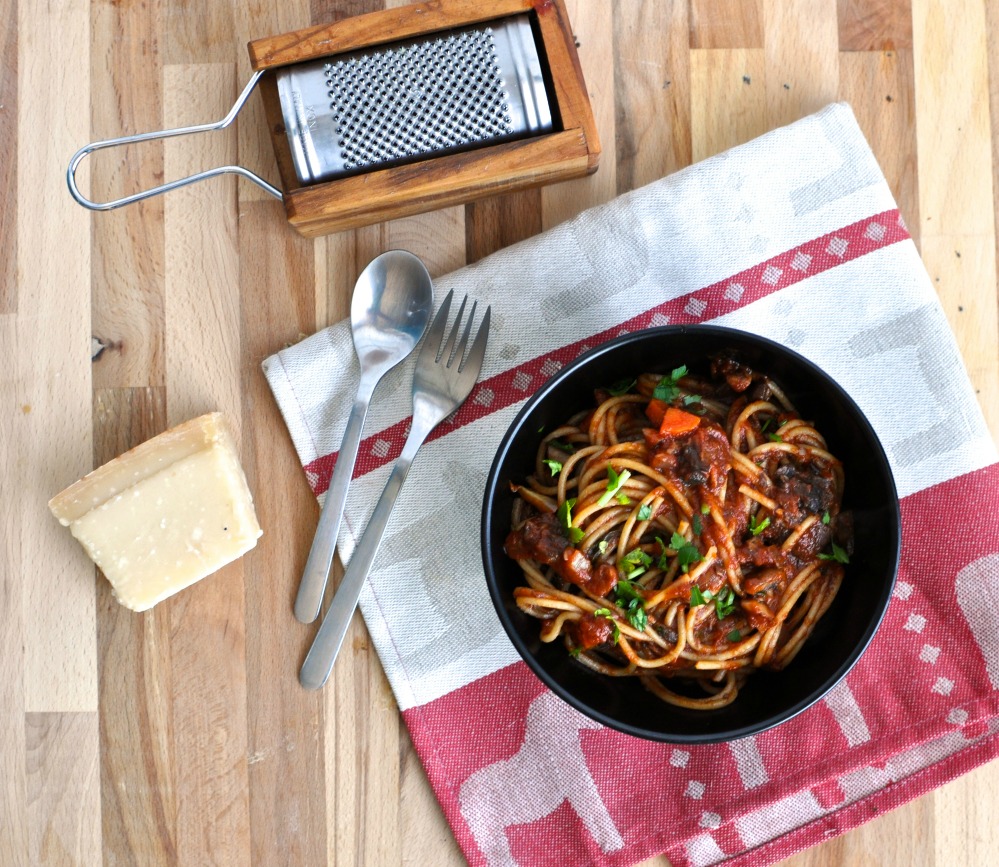 I have been wanting to post about this meatless bolognese for ages now. What’s been stopping me? Well, when I used to make it all of the time in Montreal, I used to get this fake ground meat product that I used as the base. I have since learned that you could also use Textured Vegetable Protein for the mock meat flair, but after going to three grocery stores looking for it, and about to try a fourth, I realized: if it’s so hard for me to find the stuff, why would I send you on the same wild goose chase? There had to be a better way. So, I put my thinking cap on. The mock meat was really just used for the texture. It was always unseasoned, so all of the great flavor came from all of the vegetables and herbs that I used in the sauce. I never used to use mushrooms in the sauce, but that’s the place my mind goes when I want something chewy and ‘meaty’, so the new and improved (because we can all actually make it) vegan spaghetti bolognese was born. 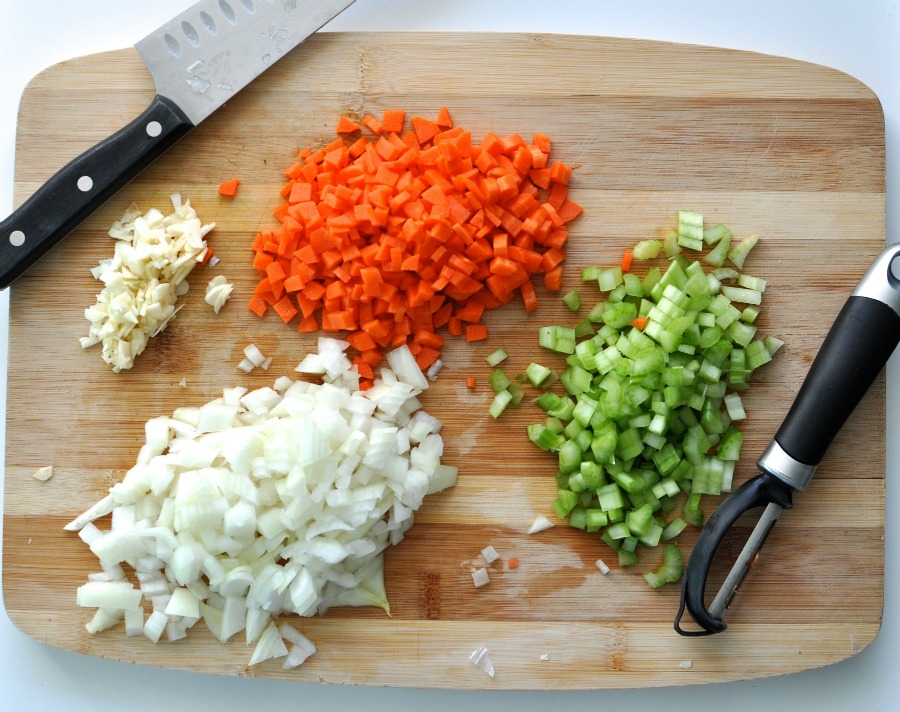 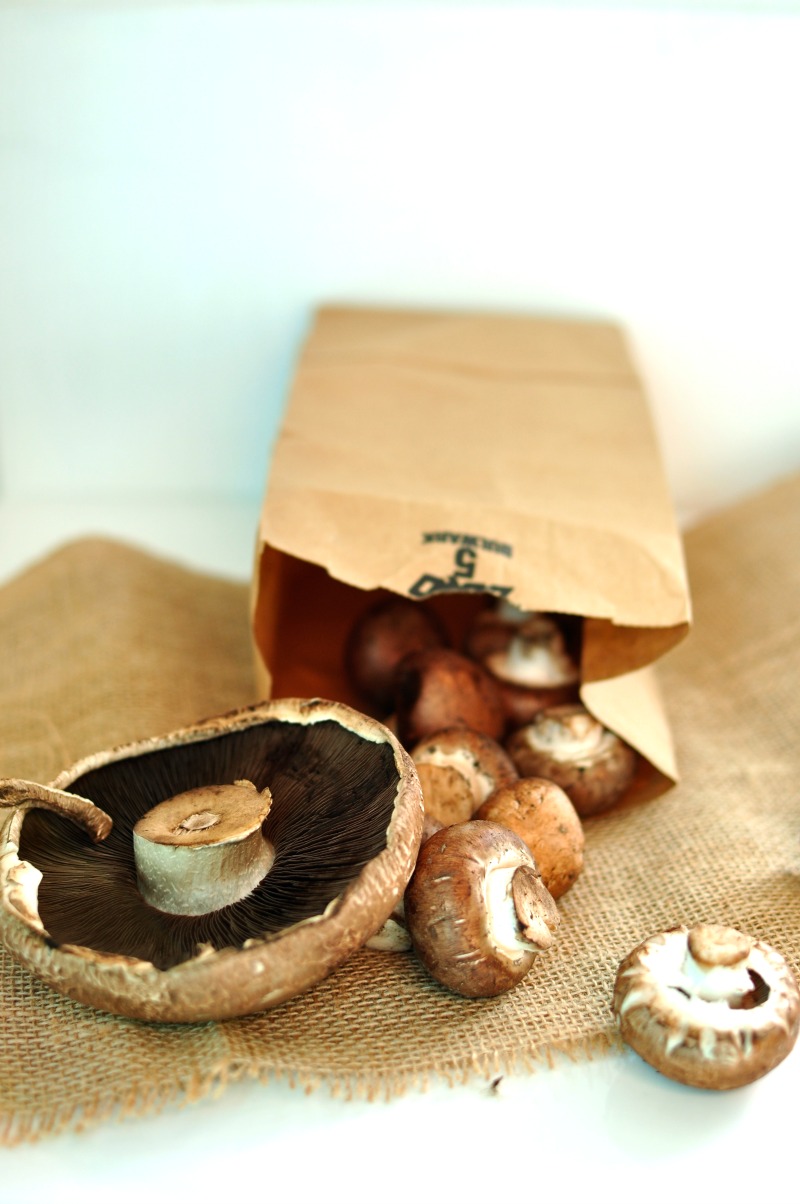 I have to admit, the past couple of weeks, when my boyfriend is making his lunches, it smells very delicious. He is always making something saucy, over a carb (likely pasta), and unfortunately filled with meat. A couple of weeks ago when he was making his bolognese, I was pushed over the edge. I had enough and I felt re-energized in terms of finally making this recipe. Obviously, it took me a few weeks to come to the conclusion that I should give up on the mock meat situation and move on, but the day has finally arrived. I am reunited with my beloved sauce and it’s just as good as I remember it. 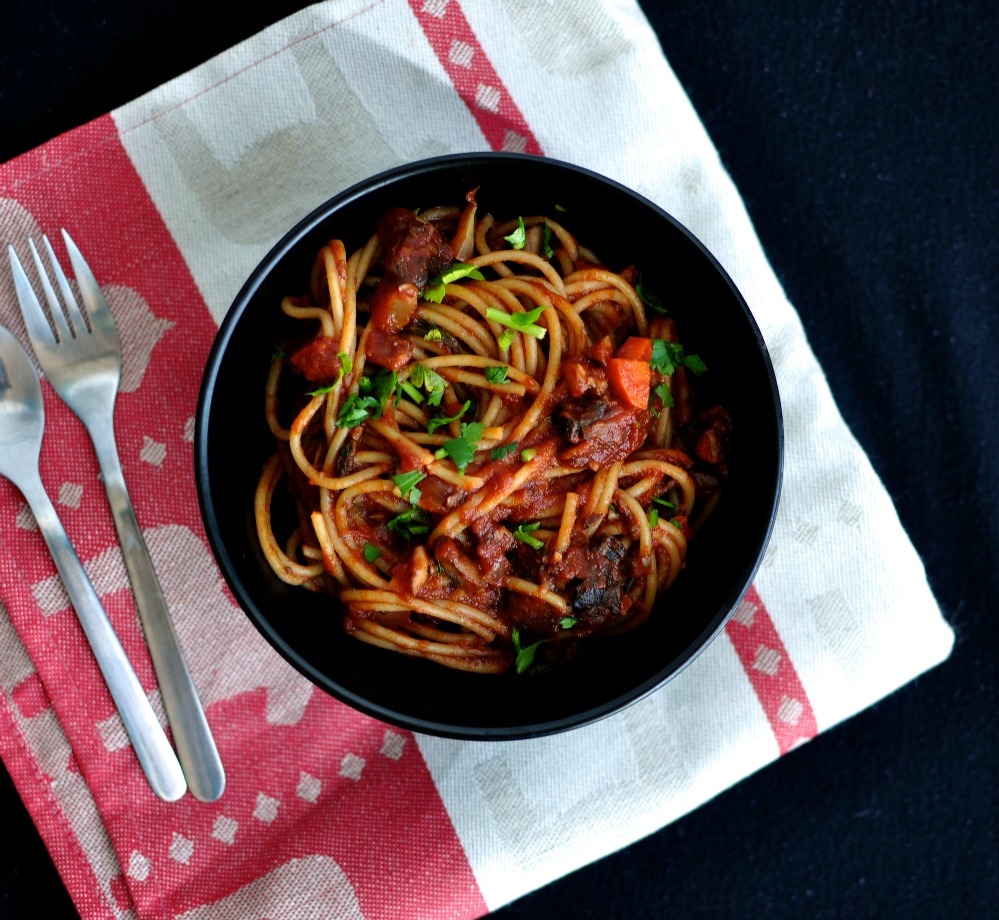 The sauce doesn’t taste like one thing in particular. The onion, garlic, carrots, celery, mushroom and various tomato products all come together into something new and delicious. The herbs are a must and give everything depth of flavor that it needs. Of course, if you aren’t vegan, a helping of parmesan cheese grated over top of this makes everything sing. Who could say no to a nice big helping of pasta, topped with a hearty sauce? And, if you have leftovers, it’s pretty good eaten by itself by the spoonful too. Just saying. 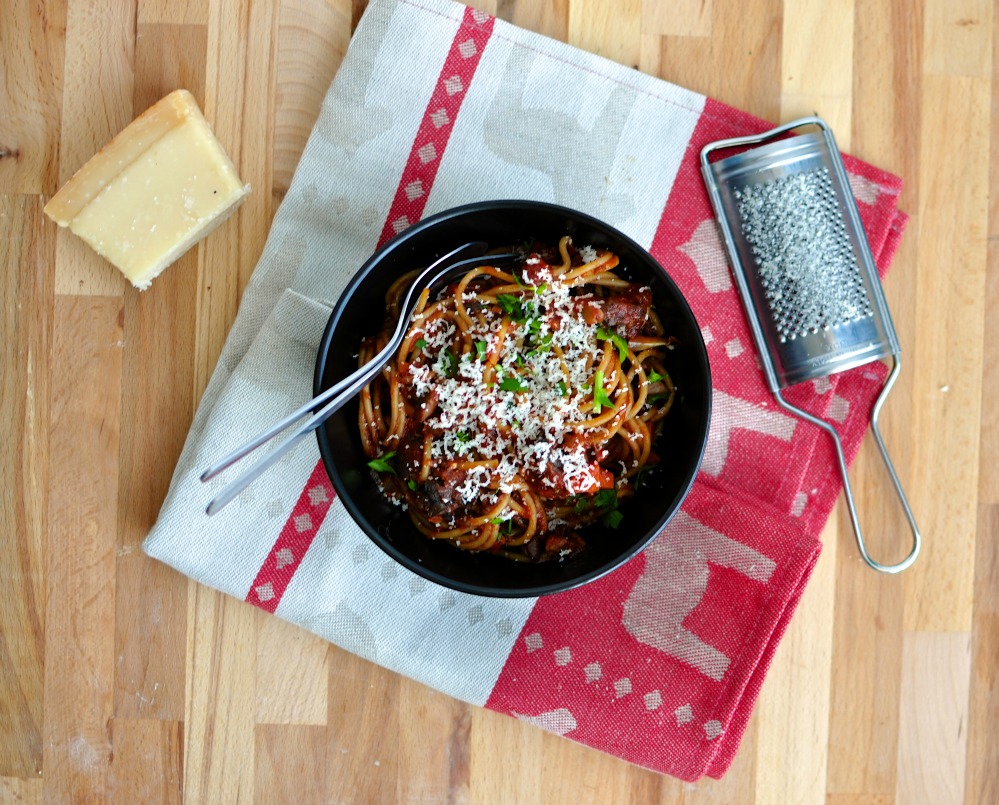 The bolognese is vegan as long as you don't serve it with parmesan at the end. If you have a food processor, now is a good time to get it out. It will save you tons of time! Make sure the vegetables are all cut quite small but still have some texture (about 1/4 inch dice).

In a large pan, over medium heat, heat up olive oil.

Saute carrots, onion, celery stalks, and garlic until translucent, about 5 minutes. Season with salt and pepper.

In a separate, medium pan with olive oil, over high heat, sauté mushrooms until golden brown.

Transfer mushrooms to the large pan.

Add tomato paste and red pepper flakes and stir, cooking it out, for 2-3 minutes.

Add red wine and bring to a simmer. Cook wine until about half has evaporated (3-4 minutes).

Add bay leaves, thyme, rosemary, parsley, water and can of crushed tomatoes. Cook, covered, for about 30 minutes and uncovered for an additional 30 minutes.

In the meantime, cook your pasta until it is a minute or two undercooked.

When ready to serve, finish cooking pasta in the bolognese.

Serve with grated parmesan cheese and some parsley.