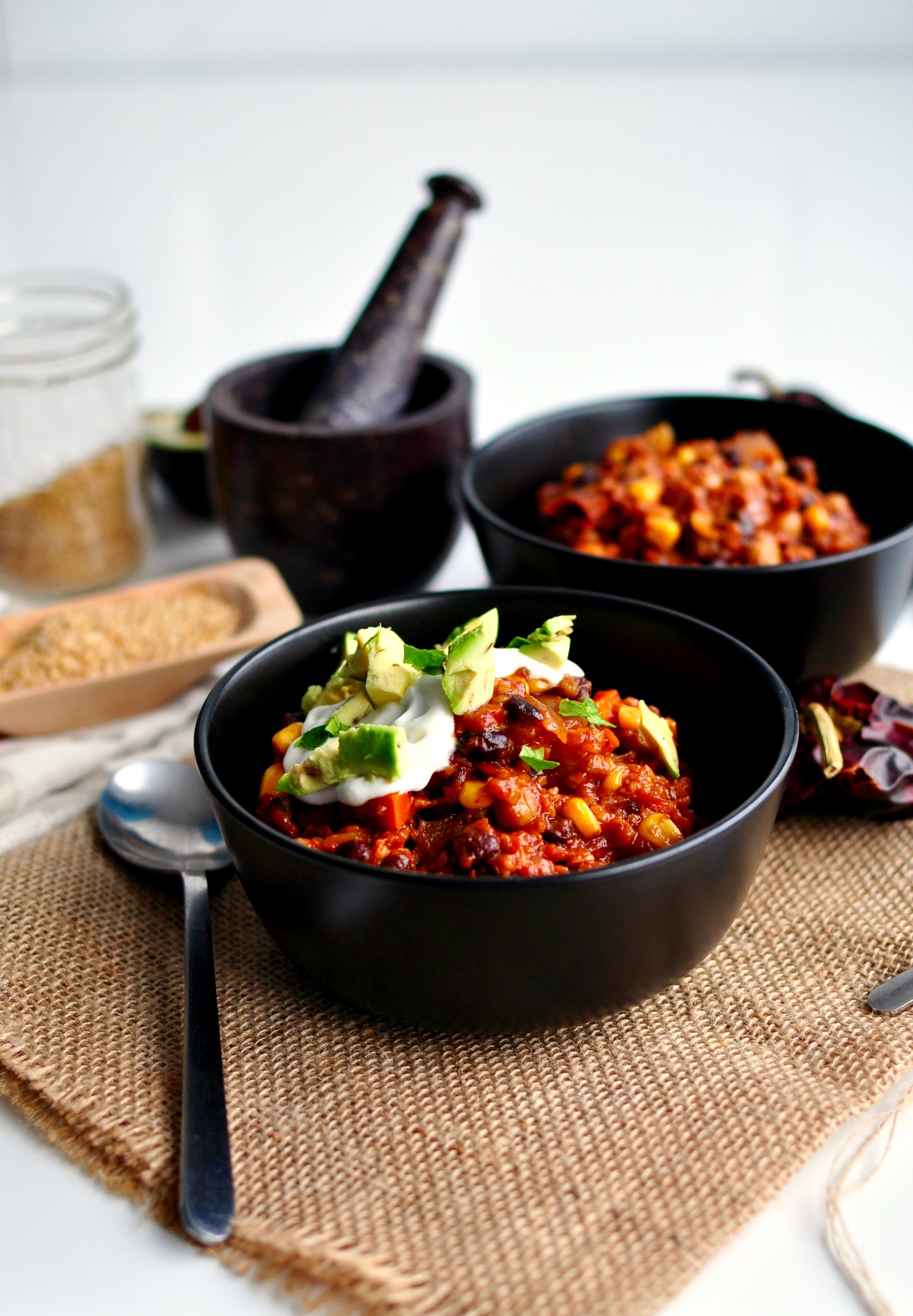 Sometimes I feel like I forget about the most obvious meals. The other day I thought of chili, and I am pretty sure that it has just never occurred to me to make it before (maybe I’m forgetting? It almost feels impossible that this was my first time making it). Either way, it’s not something that I normally think of and the other night, it kind of just occurred to me: vegan chili would be a great one pot meal! I totally committed to it (i.e. my boyfriend who can be pretty picky with dinners approved) and then I realized I had no beans. Luckily, I was able to run to the corner store which is pretty well-stocked with canned goods, grabbed some beans and corn (which is such a nostalgic part of chili for me) and I was all set! It’s pretty amazing that a bunch of beans, some basic vegetables, and a few dried chiles and spices can make something so hearty and delicious. 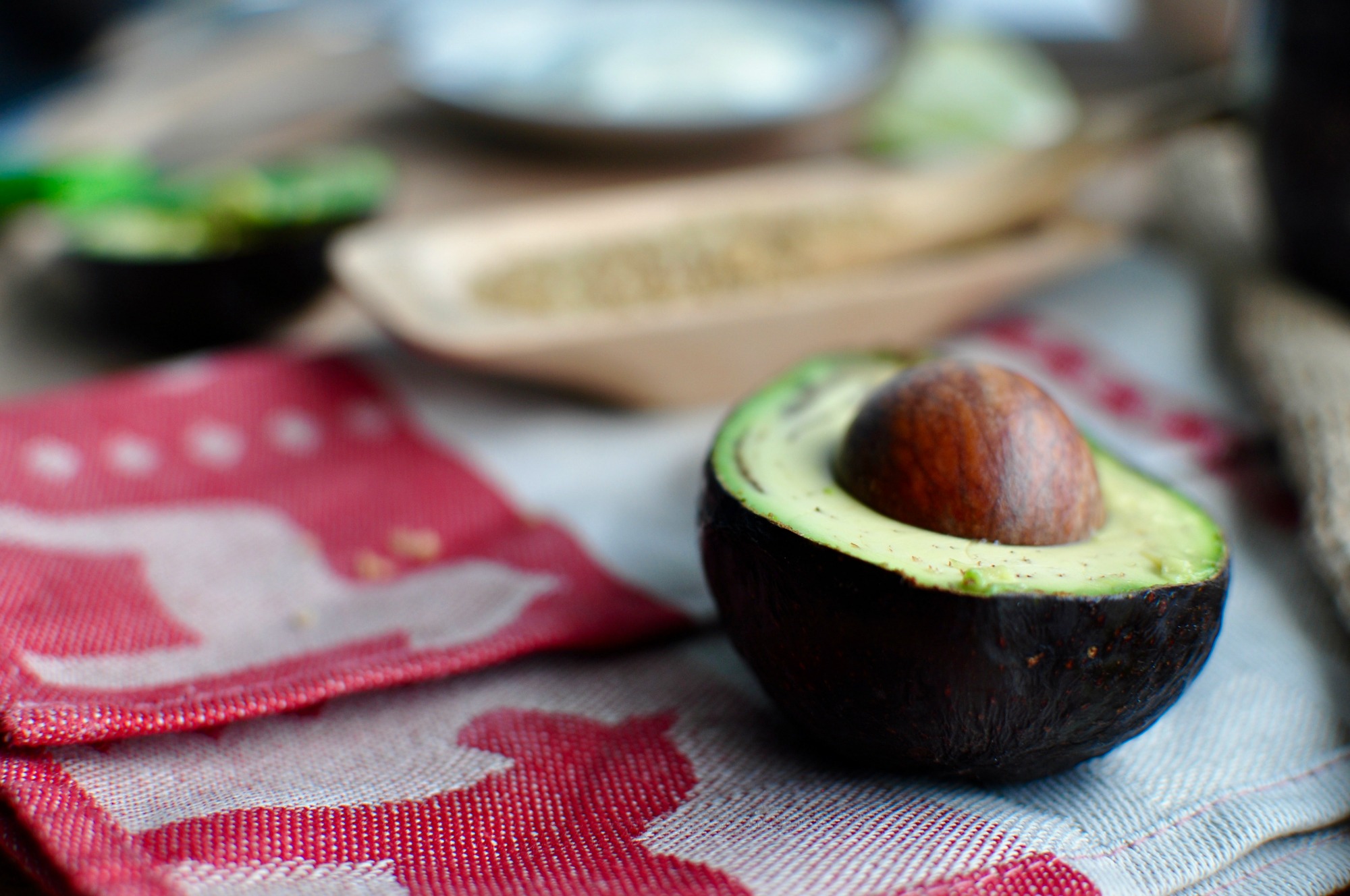 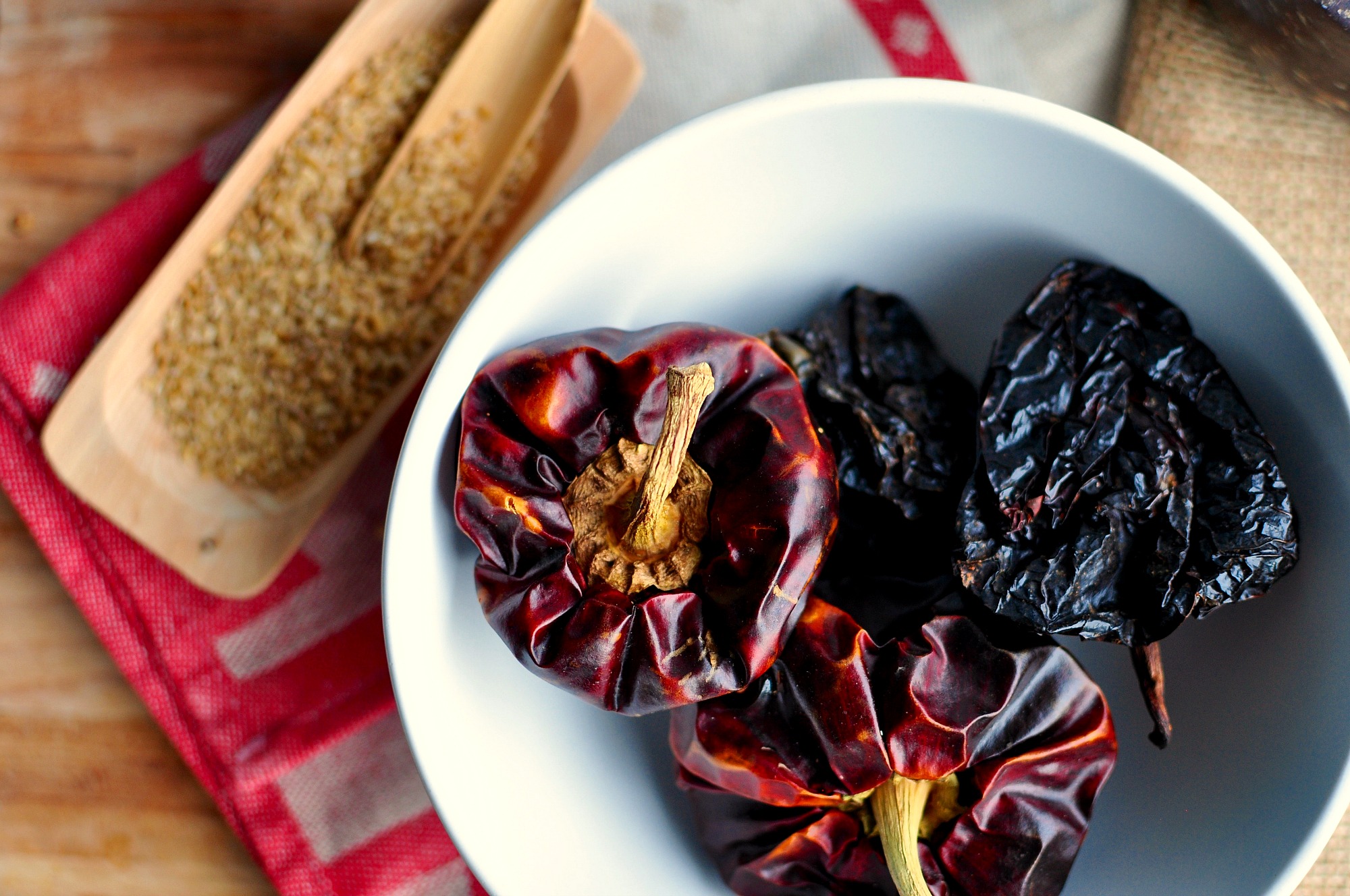 I actually intended to make just enough for dinner but I don’t think there is such thing as making a small batch of chili. Once you add all of the ingredients, the pot just gets more and more full. Luckily, it was absolutely delicious so I didn’t mind eating it for lunch for a few days. Another bonus is that a small bowl of it filled me up so quickly, it was so satisfying. Also, I love how it’s effortlessly vegan. It’s the type of dish that I made and realized afterwards that it was actually vegan, which makes it even easier to share! 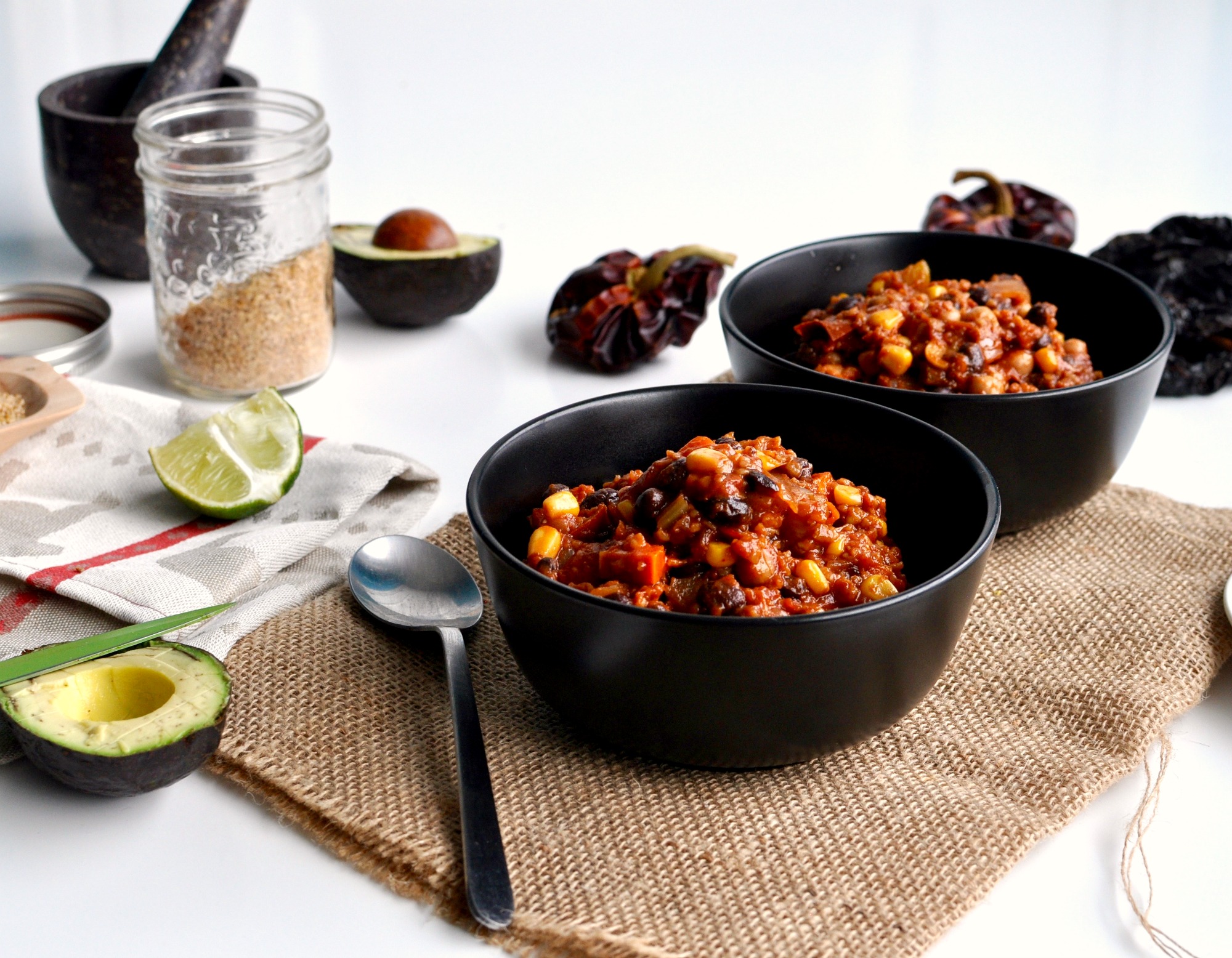 I love the textures in this dish. The carrots and celery stay kind of firm, the beans are deliciously chewy, the avocado and sour cream (which makes this not vegan, so leave it out or use a vegan brand if it’s important to you) adds cool creaminess, and the lime and cilantro is super fresh. The bulgur wheat is possibly the best part. I love how if you didn’t know it was there, you would never be able to place it but it transforms the texture of the dish completely. I love it. It was also a great opportunity to use some of the dried chiles that seem to just sit in my spice drawer. I have no clue about the flavours of dried chiles, so I just decided to use one of each of the kind that I had on hand. It turned out great. The flavour of the chiles adds a layer of complexity beyond the cayenne, cumin and hint of cinnamon. Overall, it’s a beautifully spiced, filling, hearty, healthy bowl of food that I hope I will think of more often. 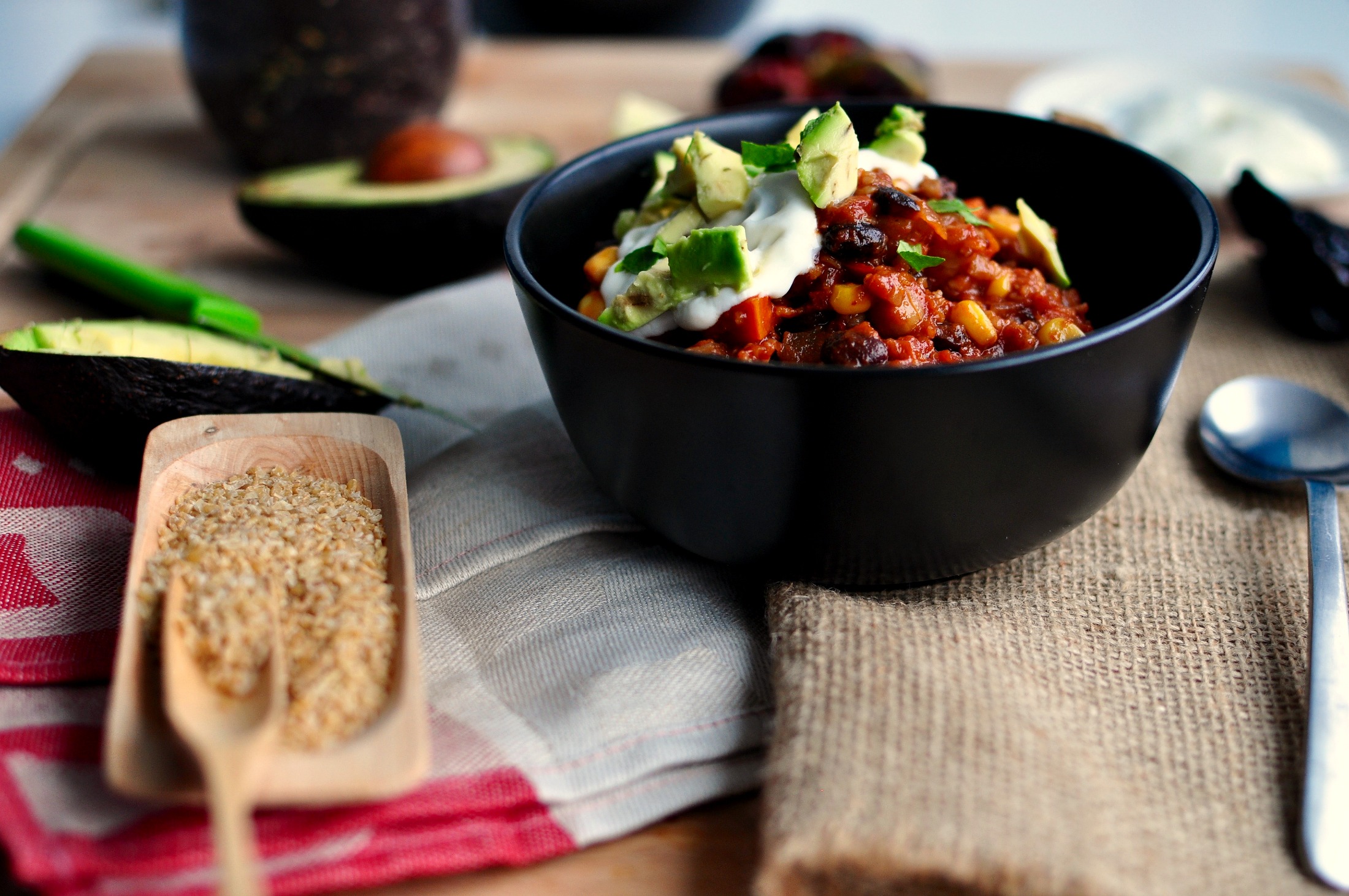 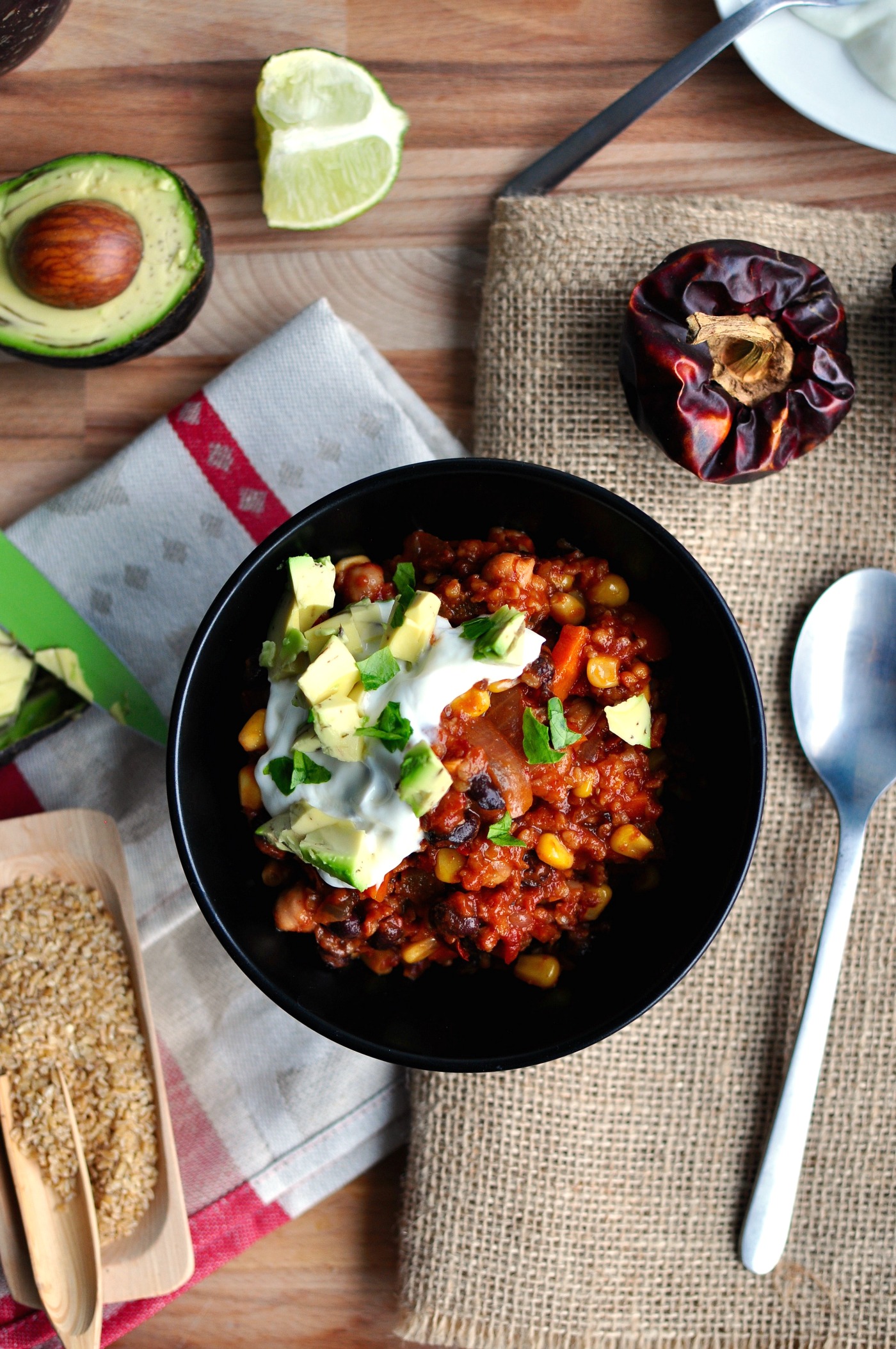 In a big pot, heat up olive oil over medium heat.

Saute yellow onion, carrots, celery and garlic until it begins to soften (2-3 minutes).

Add cumin, cayenne pepper, cinnamon, salt and pepper and saute for another 2-3 minutes.

Stir in tomato paste and cook the mixture, stirring constantly for 2-3 minutes.

Stir the chile occasionally, while it is cooking. You may want to add some more water if it gets too thick.