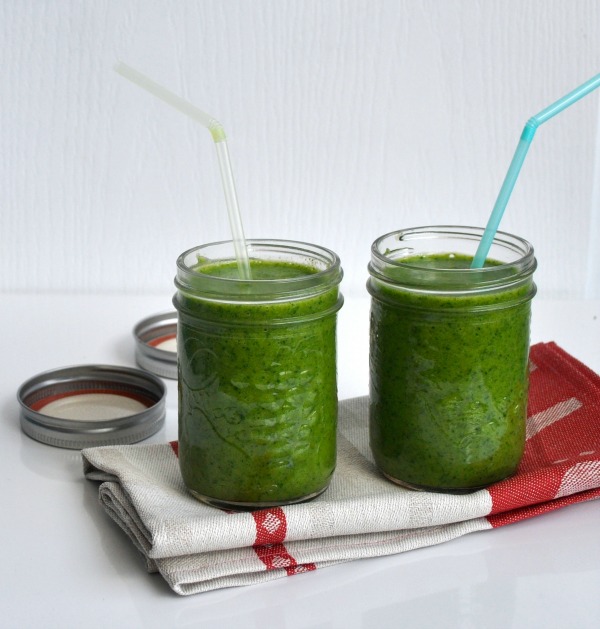 As much as I wanted to eat everything when we were in Vancouver, eating out three meals a day is a little much. Solution: smoothies from Whole Foods. Instead of going out for a big breakfast, I was able to keep up with my smoothie addiction by frequenting Whole Foods every morning. Even though I would never spend that much on a smoothie in ‘normal’ life, when we’re on vacation the little indulgences feel way more acceptable. One morning when we were sipping our drinks, I got the dreaded case of food (or drink) envy. Intense drink envy. It wasn’t that the drink that I got was bad, but my boyfriend’s was so much better. I snuck a few sips and then ordered the same one the next day. Man, it was good. 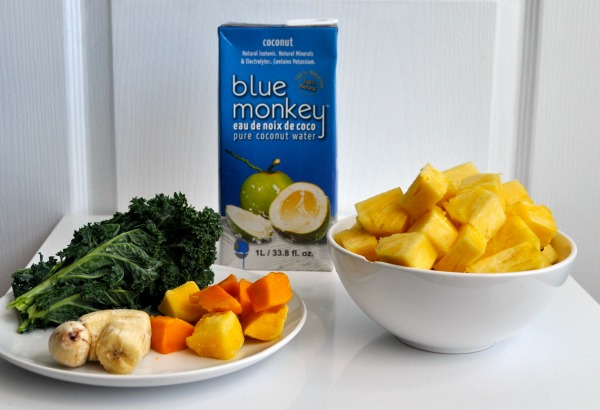 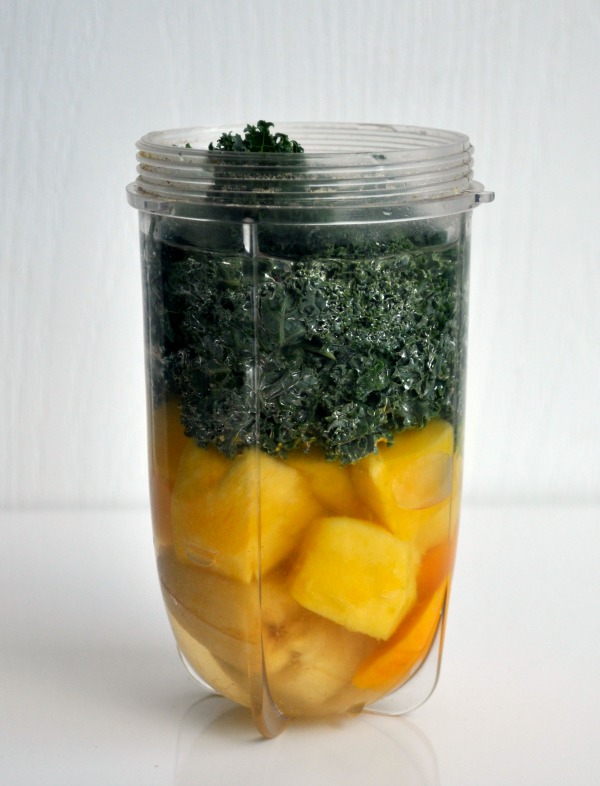 I think that the big change was that it used coconut water as its base. Normally I go with some kind of milk, but the coconut water gave a lovely background flavour that was really unexpected for me. Needless to say, as soon as we got home I searched high and low for some decent coconut water. What do I mean by decent? All I wanted was 100% pure coconut water, not made from concentrate, with no extra sugar. It took me longer than I thought to track it down, but I finally did at the local organic-type, small grocery store. The other trick, in addition to the coconut water, is to use frozen banana, for a thicker, richer consistency. 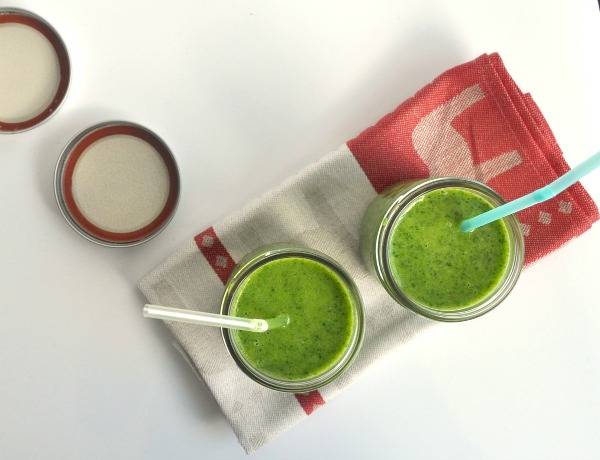 Overall, my smoothie wasn’t as good as Whole Foods because I don’t have those intense Vitamix blenders. Even with my magic bullet though, it was sweet, but not too sweet, has a tropical flair with the mango, pineapple, banana and coconut water, and nicely thick. 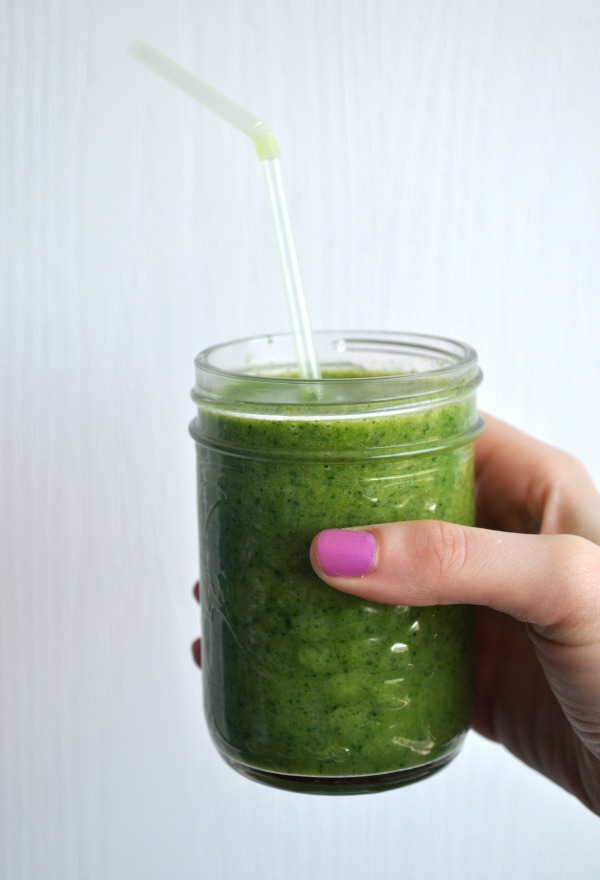 The frozen banana adds a lot of creaminess to the smoothie. If you don't want to freeze your mango, you can also add some extra ice cubes, but frozen fruit is better because you're not watering the smoothie down with any water!

Blend everything together and enjoy!

3.1
http://mysecondbreakfast.com/tropical-green-smoothie-recipe/
Tropical green smoothie Recipe was last modified: May 16, 2014 by My Second Breakfast