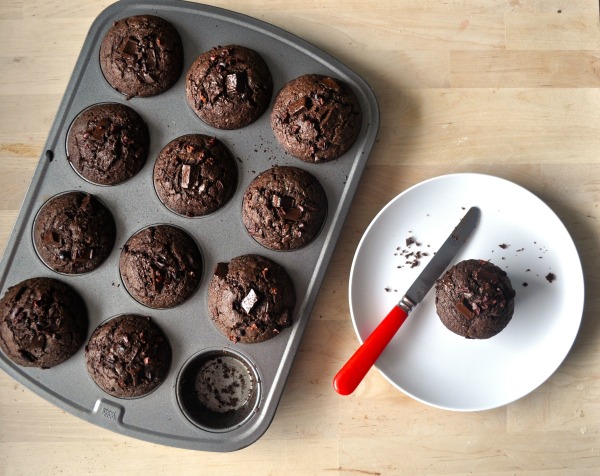 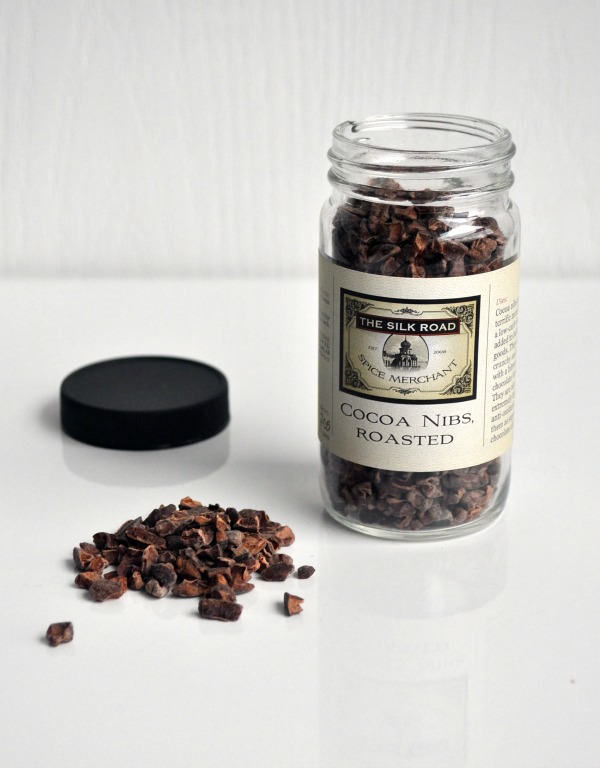 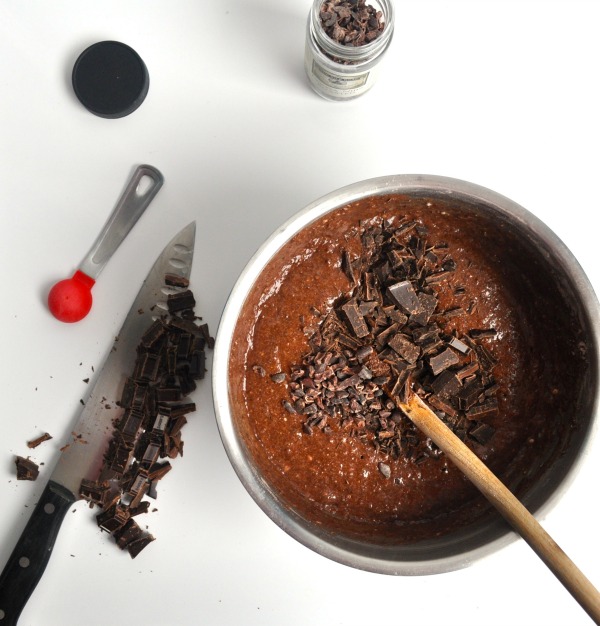 Has anyone eaten cocoa nibs before? I hadn’t. They are the cocoa bean, roasted, separated from their husks and broken into small pieces. Eating them was not the most pleasant experience I have ever had. I thought I liked bitter chocolate but this is a whole other level- I suspect it is an acquired taste, which I will work hard to acquire! While I instantly regretted spending money on something I considered largely inedible, I realized that maybe they aren’t meant to be eaten by the handful (as I eat most chocolate), but rather incorporated into baked goods or a granola mixture, as I had seen done in the past.

Well, no regrets anymore! You don’t taste any of the horrible bitterness of the cocoa nibs in these muffins. Rather they add a subtle flavour and a nice texture to the muffins. 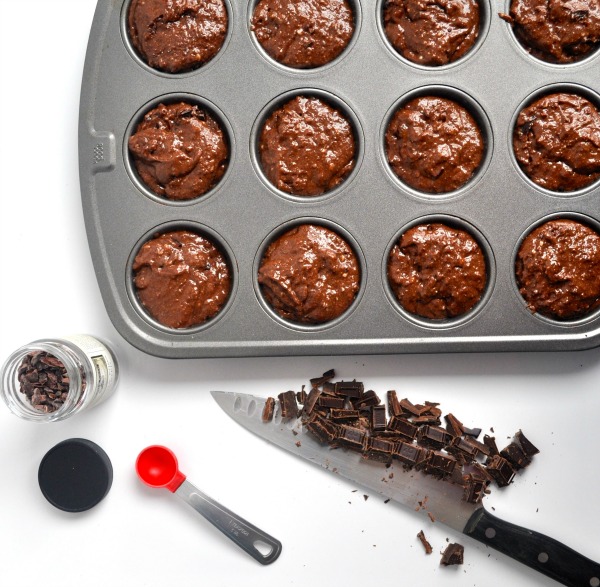 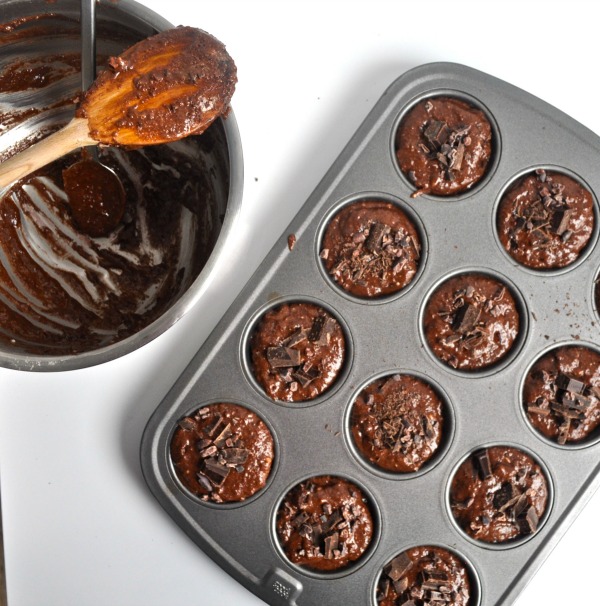 Overall, these muffins are everything I hoped they would be: lightly sweetened, not too dense or too light, and nicely chocolatey. The most satisfying piece for me are the different textures of chocolate: you get the chocolate cake part with the cocoa powder, a bit of crunch with the cocoa nibs and the oozy, soft goodness from the coarsely chopped unsweetened, chocolate chunks.

If you aren’t keen on trying the rye and chocolate combination, these muffins are still worth making, just substitute with all purpose flour or spelt. However, I strongly encourage you to try this if you have the ingredients on hand! The flavour is different but not too strange. After tasting the raw batter I had my doubts, but after it’s all baked, it mellows out and is simply delicious. The cocoa nibs are also optional if you can’t find them but they do add a nice crunch, and I am keen on trying to make them delicious in other dishes as well. 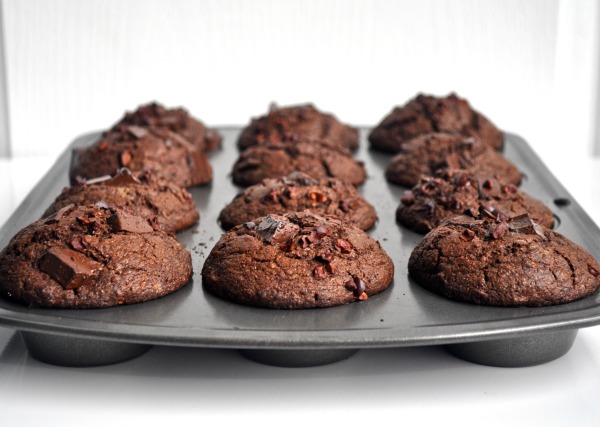 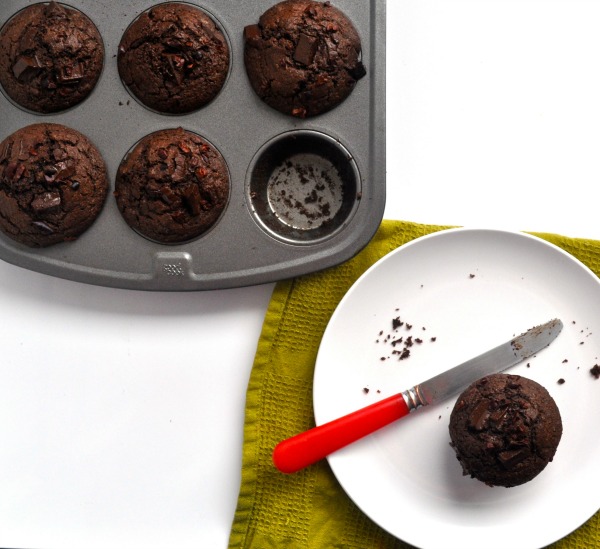 If you aren't into the rye and chocolate combination, feel free to use all-purpose or whole wheat flour.

The cocoa nibs are also optional. They add a bit of crunch and are a great way to use them if you don't like the bitterness of them on their own!

These muffins are very cake-y and actually quite lightly sweetened, despite the amount of maple syrup. They are delicious straight out of the oven.

Gently fold in half of the unsweetened chocolate and 2 tablespoons cocoa nibs.

Bake for about 15 minutes (turning the tray midway through), until they are cooked through and a toothpick comes out clean.