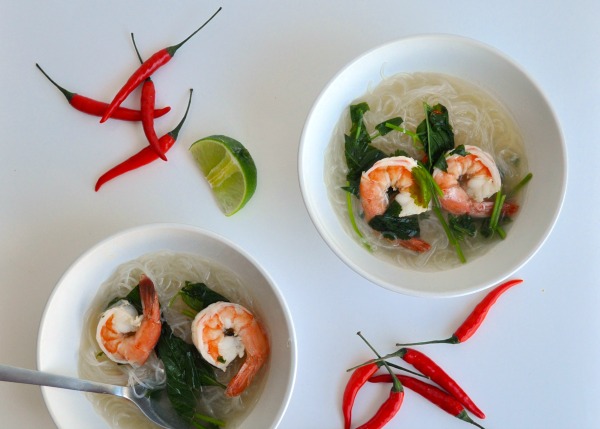 I am so excited to be sharing this recipe! I think that Tom Yum Soup was on my list of recipes that I would want to share on this blog before I even started it. If you’ve never had Tom Yum soup before, it is a spicy and sour soup from Southeast Asia (think Thailand, Malaysia, and Laos). Like many soups, there are so many ways to go about making it, but the four ingredients (in my mind) that are essential are: fish sauce, lime (normally kaffir lime leaves), lemongrass and chilli. It’s all about balancing the sweet, sour, spicy and salty and you end up with a light but deeply comforting soup, jammed with fresh herbs, shellfish and noodles- does it get any better than that? 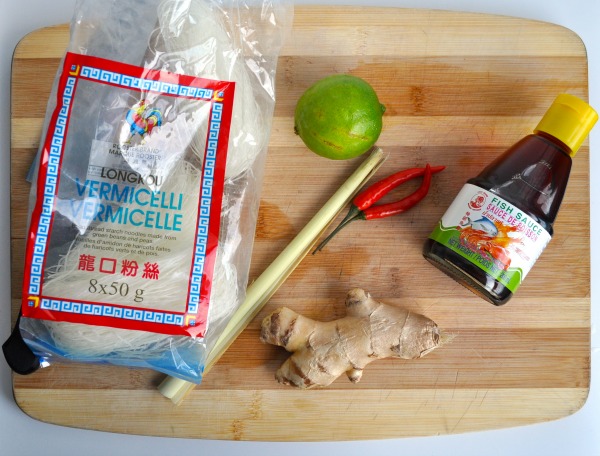 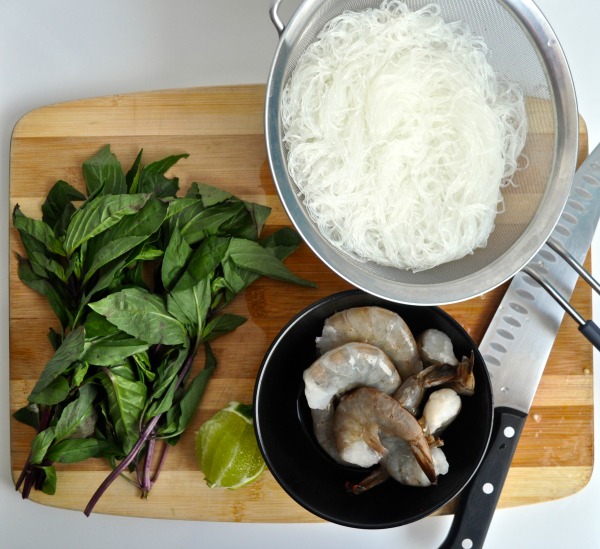 I first made this soup last year and brought it to lunch every day. Boy, was that a good week. Even though it felt like a special meal every time I took out that tupperware filled with seafood and rice noodles, this is a super easy soup to make because it doesn’t require much simmering- only about 10 minutes with the aromatics and 5 more with the seafood.

My only reservation about posting this recipe was the stock that I use. Personally, when I buy shrimp, I always make sure that I get the ones with the shell on. Not only is it usually cheaper but you also get a lot more flavour out of it! Basically what I do is keep the raw shells in a ziploc bag in the freezer until I have a good amount. Once I’ve accumulated a few shells, I saute them in a little oil in a pan, fill the pan up with water and let them boil for about an hour. After that I strain the stock and I have some homemade shrimp stock that I keep in the freezer for whenever the perfect dish comes along (i.e. this one!). The reason why this made me hesitate is that obviously my stock will be different from the stock that you buy (or make), making the taste of the soup vary quite a bit. In the end though, when you think about it, this is the same for every stock, whether store bought or home made! So as always, taste the soup after adding the amounts of ingredients below and if it needs something, add away. In particular, don’t add any salt until you taste your soup, I suspect that store-bought stocks are more salty than the one I made at home. 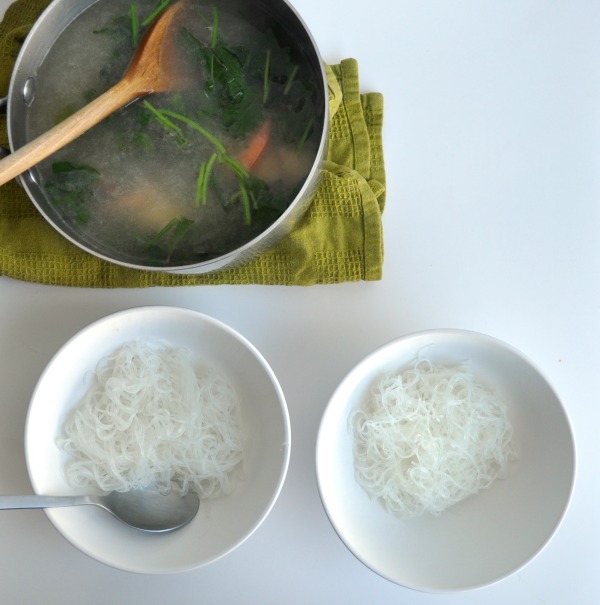 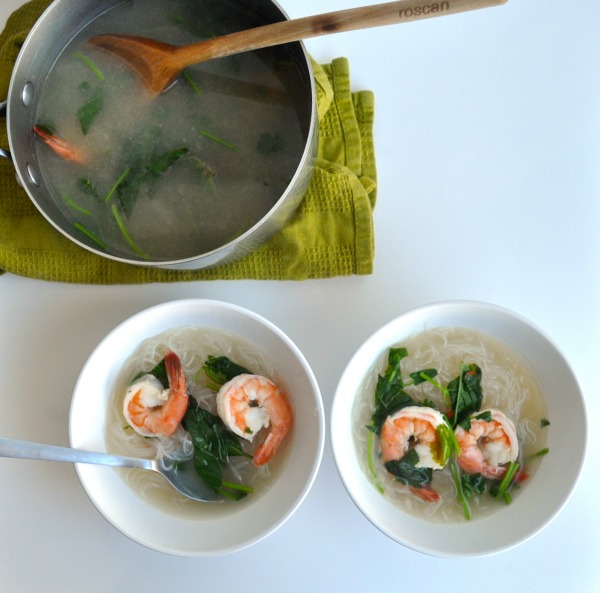 If you’ve never had a soup like this before, it’s important to remember not to leave anything out, especially the herbs at the end. Not only do they provide some texture and greenery in your soup but their freshness (you don’t boil them- just throw them in at the end) are lovely with the other flavours. There isn’t much else going on in the soup. If you have them available to you, adding mussels and clams is also great in here. You can also add vegetables like straw mushrooms, but I typically leave things quite simple. 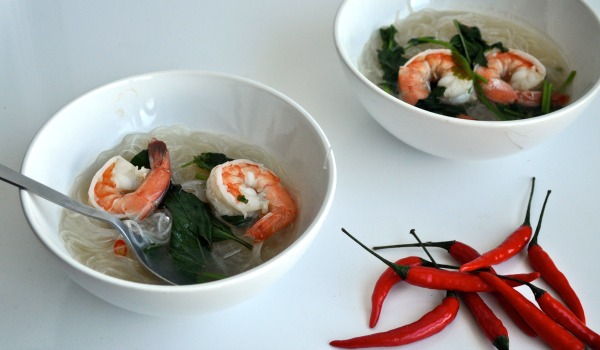 All stocks have different salt content and flavour! Make sure to taste the stock and adjust the seasoning to your taste, especially depending on how salty and strong your stock is. Adding lime, fish sauce and chilli can really amp up the flavour but you don't want to go too overboard right at the beginning!

This soup is also great with some mussels or clams. Remember that adding the shellfish will add some salty flavour as well.

6 cups shrimp or fish stock
2 birds eye chills, roughly chopped
1 stalk of lemongrass (about 10 inches), smashed with the back of a knife and cut into a few pieces
2 inch piece of ginger, cut in 4
Zest of 1 lime, peeled in large chunks
3 tablespoons fish sauce
1 teaspoon brown sugar
1 teaspoon salt (optional, depending on the saltiness of the stock you're using)
Juice of 1 lime
1 cup thai basil
1/2 cup cilantro
10 shrimp, peeled and deveined
Rice noodles

In a small pot, bring water to a boil. Add rice noodles, turn off heat and let cook for a few minutes. Drain.

Bring to a boil and cook for about 10 minutes.

Taste stock and adjust seasoning with additional lime, salt, or chilli to taste.