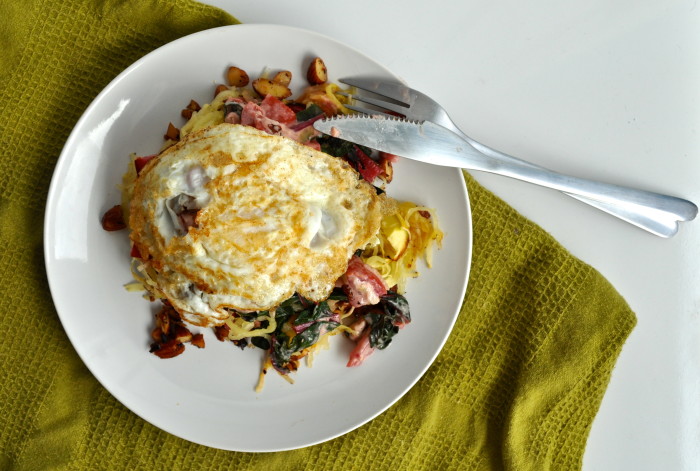 Where has my natural light gone? It’s getting darker earlier and earlier these days. It is perceptible. While this was always distressing (because light = happiness), it is a whole new breed of distressing now that I’ve started photographing my meals. Last night, I made such a nice, light dinner that I instantly wanted to share up here but the sun was quickly slipping through my fingers. I figured I would give it my best shot regardless, and in the end it pretty much worked out. Granted, for some reason the tomatoes in the pictures look like salmon but other than that, I think they are pretty appetizing. Although, I don’t know what I’m going to do when real winter rolls around; or even worse, the clocks get turned backwards. The horror. 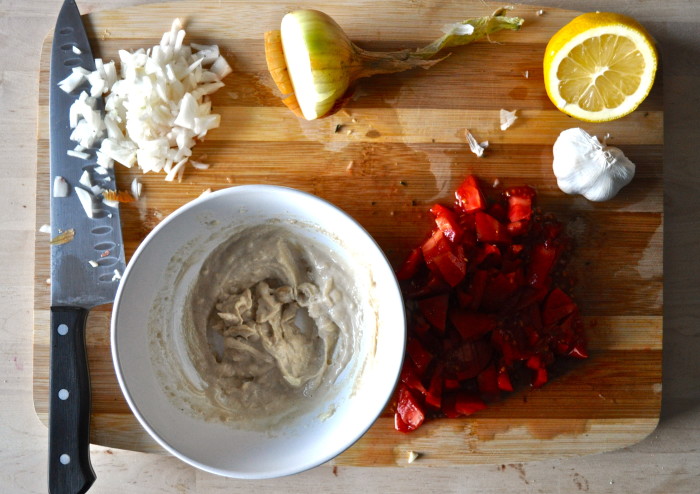 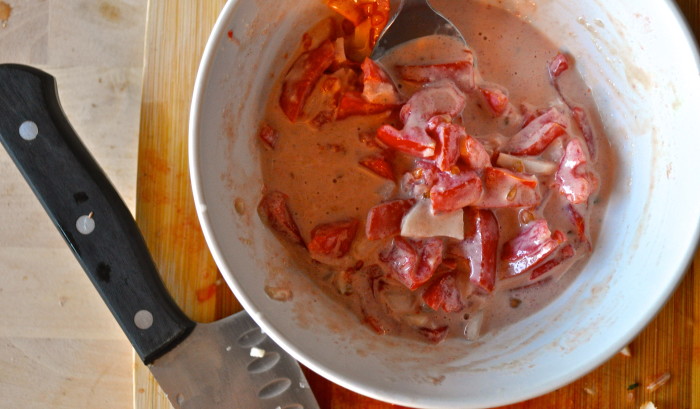 Anyway, I’m sure I’ll figure it out but as I said, I did have to share this. After I wrote out the recipe the list of steps and ingredients looked mighty daunting if you are just glancing at them. I swear, it really isn’t too complicated! As always, you can keep or leave whatever you want but I do encourage you to keep the tomato tahini sauce and spiced nuts as they give the dish most of its flavor and texture. Other than that, the vegetables are fair game. Have some roasted potatoes on hand? Some wilted spinach? It would all be delicious. However, I did really like this on the spaghetti squash, which I find to be a pretty satisfying and unique vegetable (especially in texture). 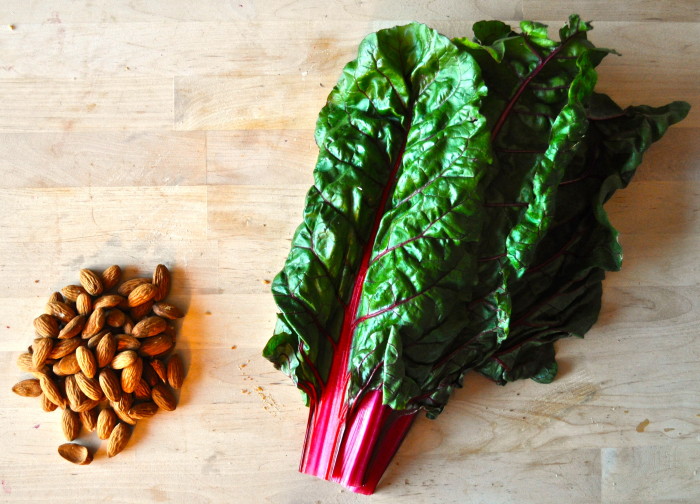 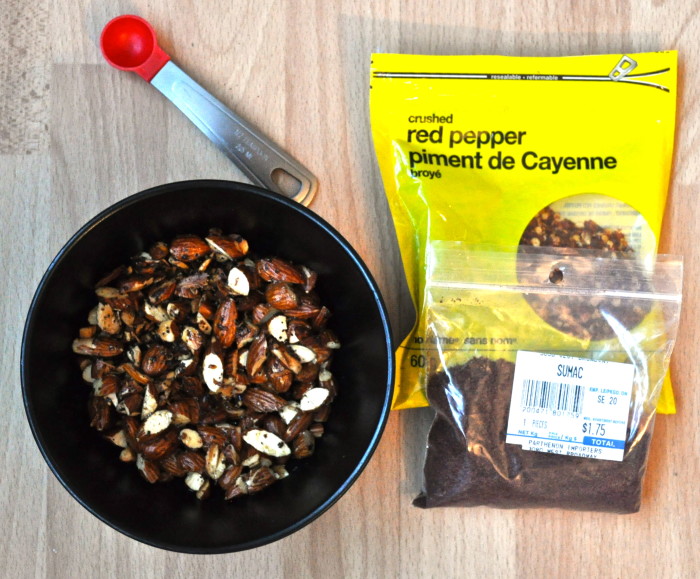 With an egg on top this was definitely a full dinner. All of the other components easily come together while the squash is baking and any leftover tahini sauce or nuts that you may make (as long as you don’t snack on all of them while you’re waiting for the squash) can be sprinkled in sandwiches, used in various cooked vegetables, or used as a straight up dip. 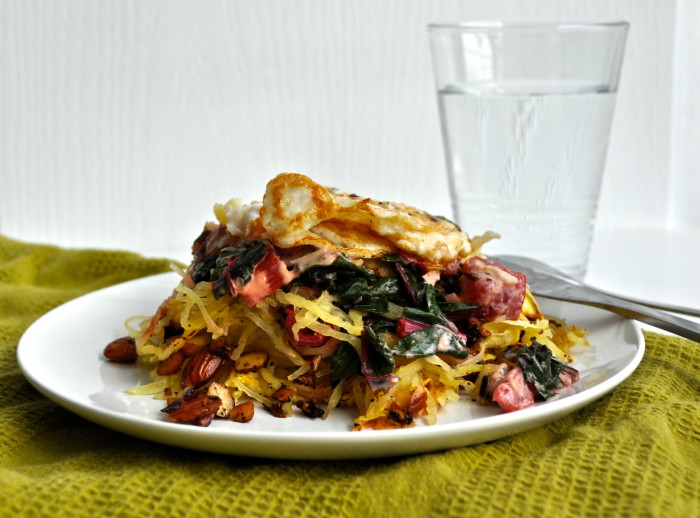 Serving Size: Serves 2 as a main or 4 as a side dish

My spaghetti squash was pretty small, about 1.5 pounds, so adjust the rest of the toppings accordingly. I thought that with an egg on top this was a perfectly filling dinner for two, but it can definitely be served as a side for four.

This can easily be made vegan as long as olive oil is substituted for butter (and you don't add the egg on top!).

Cut squash in half and remove seeds.

Season with salt and pepper and put 1 smashed garlic clove in each half.

Put 1/2 tablespoon of butter (or olive oil) in each half.

Bake for about 30 minutes (until the squash is tender and easily comes apart with a fork).

In a small bowl, mix all of the ingredients together.

In a small saucepan, put a splash of water. Let swiss chard steam/wilt for a few minutes.

In a small saucepan heat up olive oil.

Toss almonds in oil and cook until they start to turn golden brown.

Stir in sumac and chilli flakes and cook for an additional 1 minute.