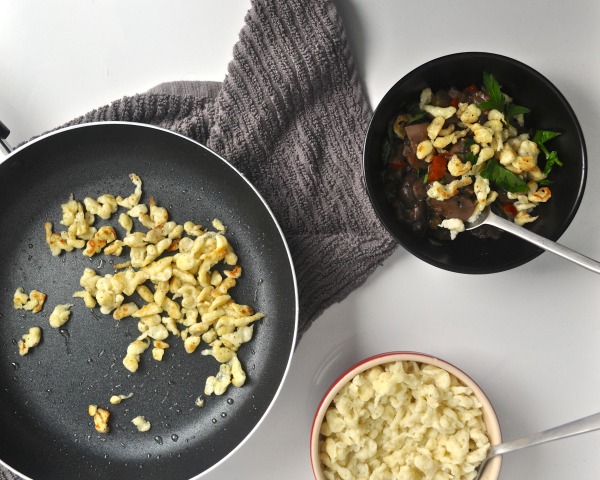 My strategy to come up with a meal when I don’t know what to make (i.e. almost every night) is to think to myself, “ok, pick: grain, vegetable, sauce” and then I normally come up with something decent. For example, soba noodles, broccoli and peanut sauce or quinoa, sweet potato and miso tahini. Anyway, you get the idea. Sometimes though, it is fun to make your own ‘grain’ component. This is probably one of the easiest, most no-fail type of recipes that you can go for. I would also say that it is fast, but there is a little resting time involved. Regardless, there is very little work on your end, especially when you think of alternatives like kneading pasta dough or making gnocchi. 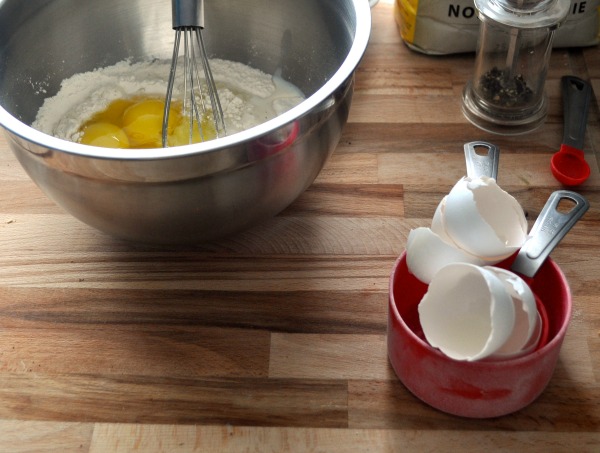 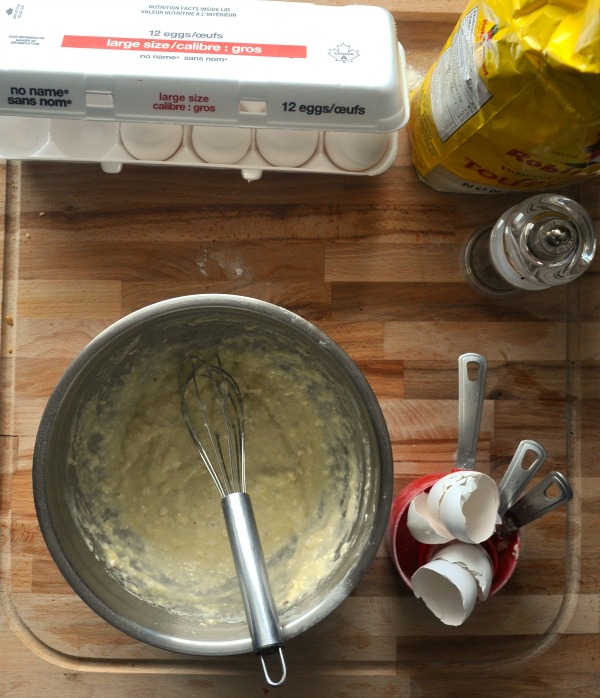 Like most German foods, I became aware of spaetzle a long, long time ago when my boyfriend worked at a German bakery/restaurant. One of his favourite things about going to work was that often (if the right guy was working), he would be treated to some wonderful lunch that they would whip up for him during his shift. One of those meals definitely involved spaetzle, which is pretty much a dumpling that is normally slathered in meaty gravy and sometimes fried. If I had known it was so easy, I would have made it a long time ago but it really never crossed my mind to look it up. Instead, my boyfriend thought that this would be fun (and delicious) to make for the blog, and after looking into it, I realized how dead simple it was: mix together flour, eggs and milk. Let rest. Boil for two minutes. Done! 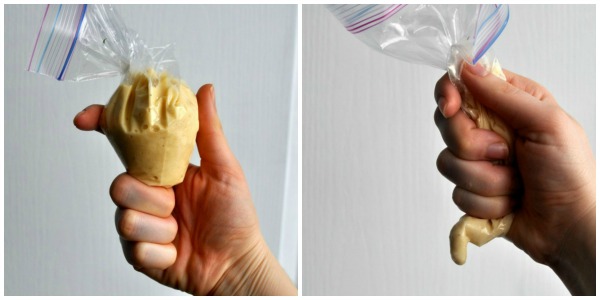 The most complicated part of making the spaetzle was figuring out how to achieve it’s shape. I used Smitten Kitchen as my start off point for this recipe and she uses a colander with large holes in them to achieve the small spaetzle shape. I don’t own a colander with large holes, so I got creative. First, I decided to make a makeshift piping bag out of a ziploc bag. Basically, I cut the corner off of the bag (a very small cut, since I didn’t want the spaetzle to be too big), filled the bag with the mixture and piped it into boiling water. Every inch I would pinch off the dough with my free hand, to get little, knobby dumplings.

The second way I tried it was by laying a grater with the largest holes facing down toward the boiling water. I spooned the mixture into the grater and used a spoon to force the dough through, into the boiling water. This resulted in much smaller spaetzle. Personally, I like this method and size of spaetzle better, but if you’re feeling something bigger, the ziploc method worked as well.

For something so simple, it’s been exceedingly difficult to describe these two approaches. I hope that it hasn’t been too confusing or discouraging because the end product is great! 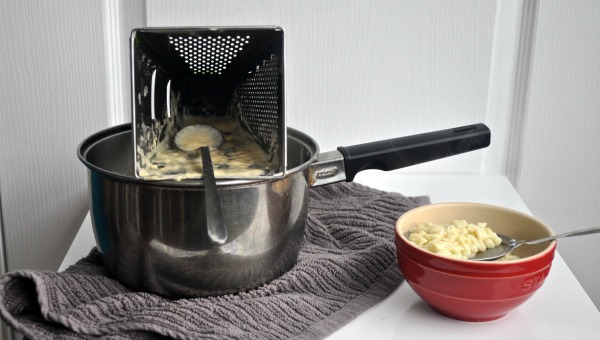 While you can eat the spaetzle as is, you can also take the extra step of frying them off in some butter and olive oil until they are brown and crispy, which as you can imagine, is delicious. Season with salt and pepper and you have a great little side dish, serve them with something saucy, and you’ll have another ‘grain’ in your repertoire to build an infinite number of dishes off of. Personally, I served it with some amaze-sauce mushroom stew! 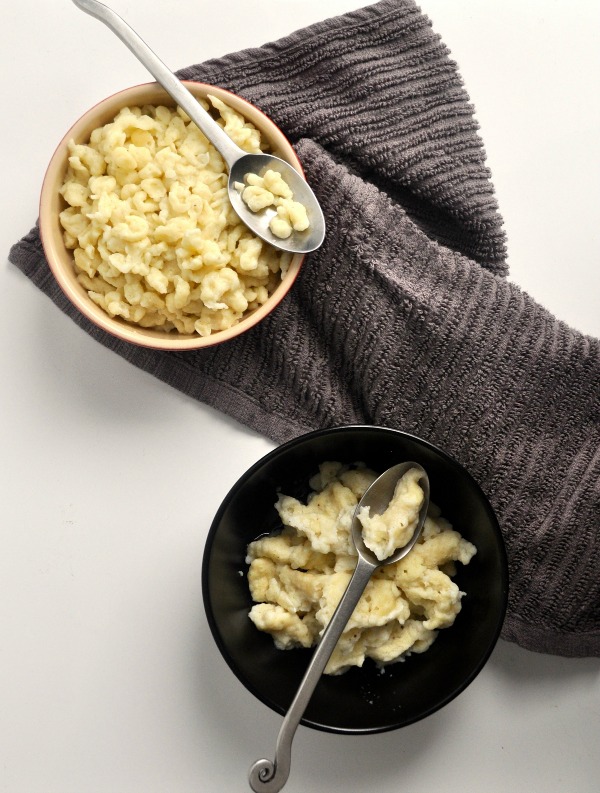 Serving Size: Serves 2-4 (depending if you use it as a garnish o

Cover and place in refrigerator for an hour (I did try it after ten minutes and there was a bit of a difference, but it wasn't bad!)

Bring a pot of water to a boil.

For small spaetzle: using the biggest holes on a grater or a colander with large holes, press spaetzle mixture through holes and cook for about 2 minutes. Remove spaetzle with a slotted spoon.

For large spaetzle: cut off the corner of a ziploc bag to turn it into a piping bag. Put spaetzle mixture into 'piping bag' and slowly squeeze mixture into boiling water. As you squeeze, 'cut' the mixture every inch by pinching the mixture with the fingers on your other hand. Cook for 2-3 minutes. Remove spaetzle with a slotted spoon.

For crispy spaetzle: heat up butter and olive oil in a large pan over medium-high heat. Cook spaetzle until it starts to get crispy and brown. Season with salt and pepper.