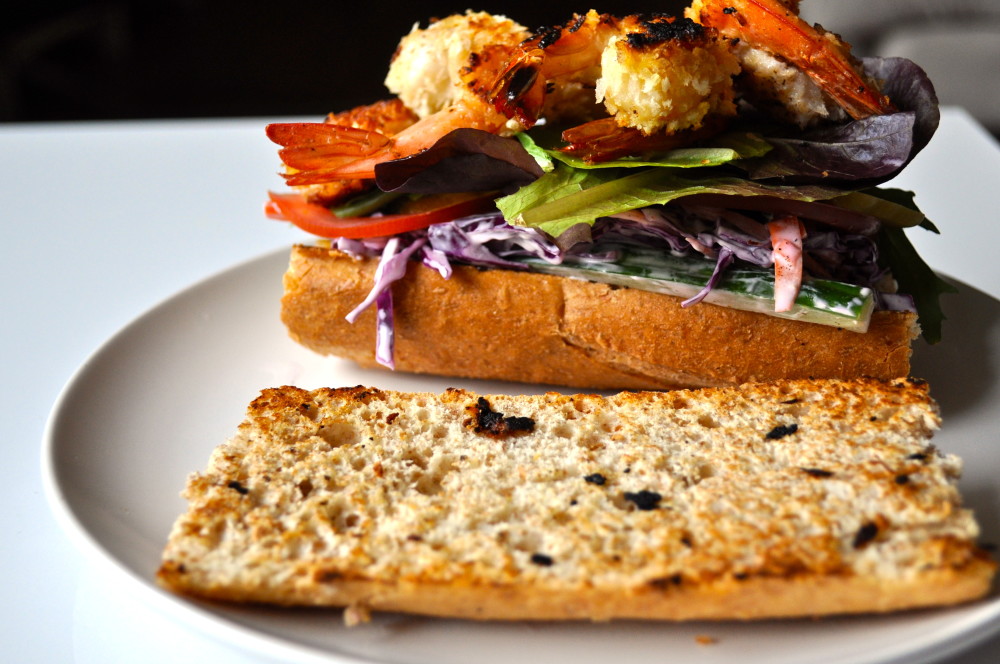 One of the things we bought on our original outing to T and T supermarket was a one pound box of frozen shrimp. It’s been sitting in our freezer until the morning when I decided I should open it up and make some dinner. You couldn’t really tell what was in there, but what I got was a lot of beady eyes staring back at me. 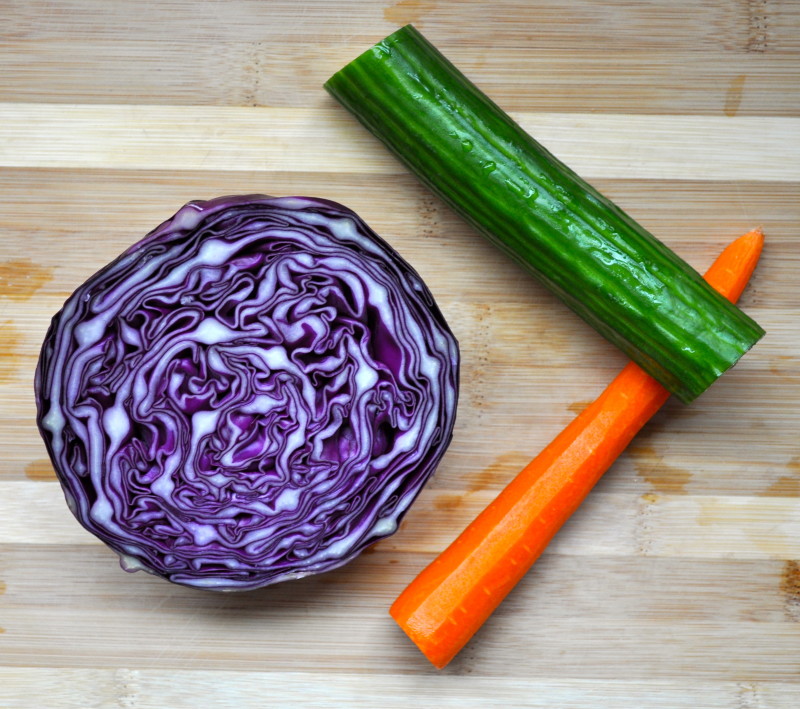 It was a box full of very small shrimp with heads and everything else still intact. Personally, my theory behind my vegetarianism is that if I am not comfortable seeing the whole creature before I eat it, I shouldn’t be eating it at all. Luckily now, I have a bunch of shrimp heads and shells sitting in my freezer waiting to be made into what will likely be a shrimp stock (to be used in some tom yum soup? yummm…) and a lot of clean little shrimp that turned into a delicious sandwich. 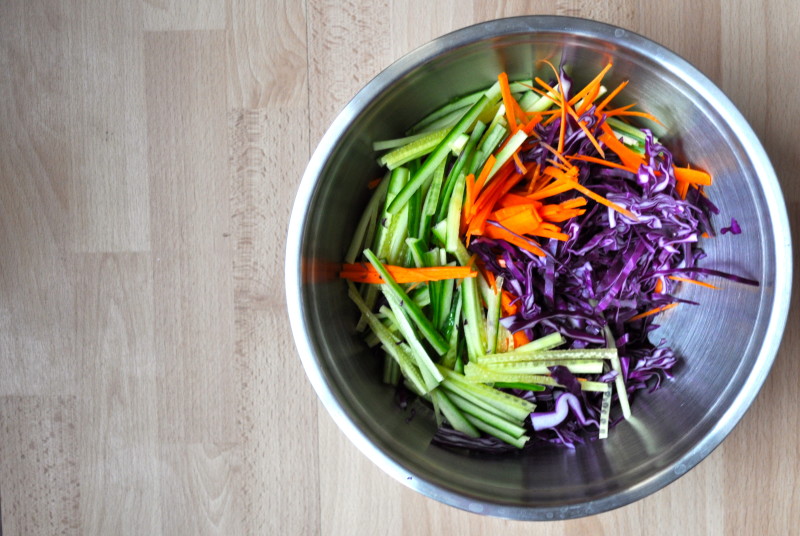 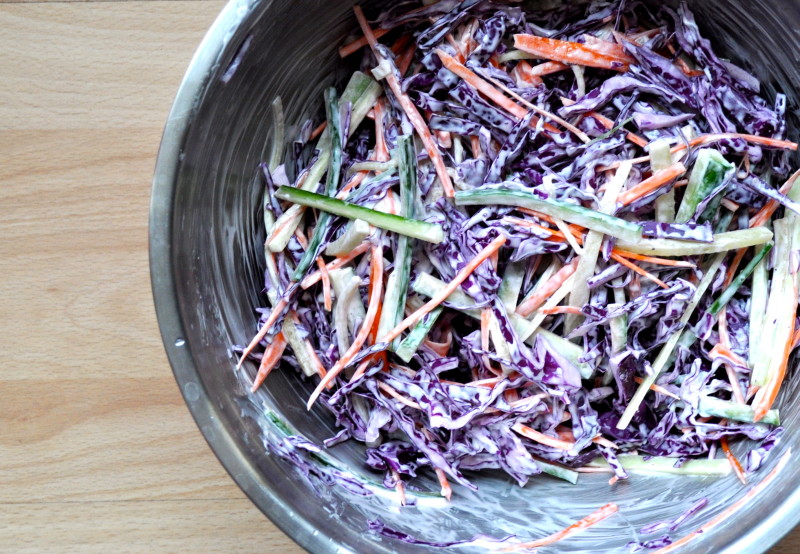 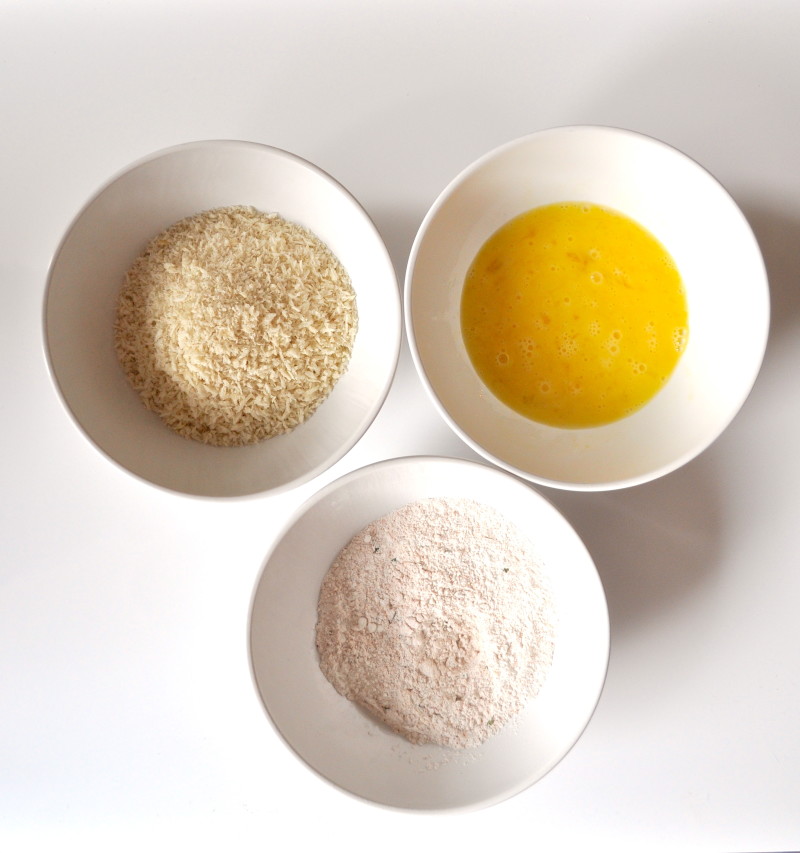 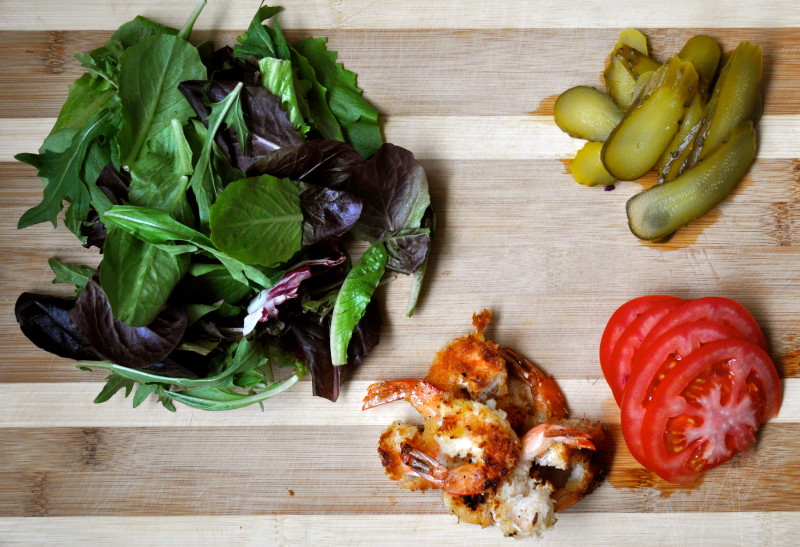 I’ve never used panko crumbs before and I thought it was about time. I always like the light and crunchy texture they give whatever they coat. So I decided to make some shrimp po’boys. I wasn’t exactly sure what I po’boy technically was but when I looked it up afterwards (to make sure the title of this post wasn’t misleading), I realized I stayed true to a classic po’boy all the way down to the tomato, lettuce and pickle topping, with the exception of the purple slaw that I included in the sandwich.

You can easily eat this slaw on the side but personally, I prefer it in the sandwich itself. It adds a ‘sauce’ component and some extra crunch- can’t go wrong with that! The trick is to slice all of the ingredients as thinly as possible, the slaw will lay better on the sandwich that way and I always find the difference between a good coleslaw and a great coleslaw being how thinly cut the vegetables are. 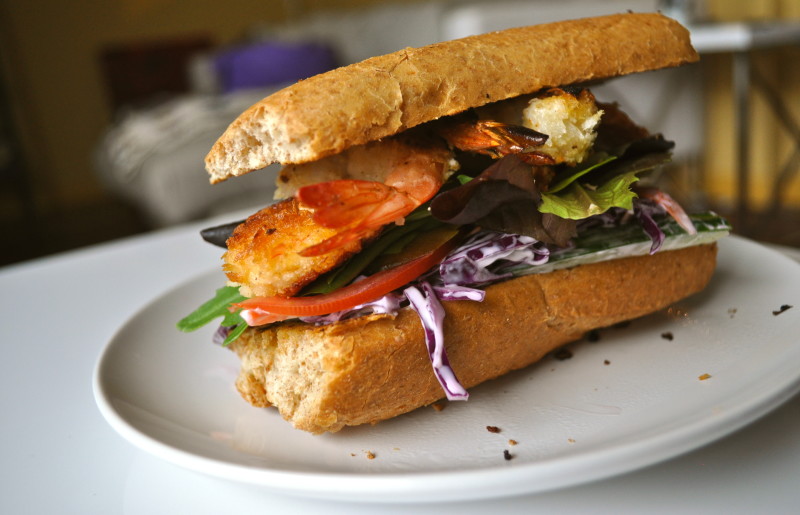 To make the purple slaw, in a large bowl, combine all ingredients and stir.

While the slaw is sitting, in a large saucepan on medium-high heat, heat oil.

In a small bowl, combine flour with all of the spices.

Dip shrimp in flour, then egg, than panko and pan fry until golden brown on each side. I used very small shrimp (25 per pound) and they took about 2 minutes each side.