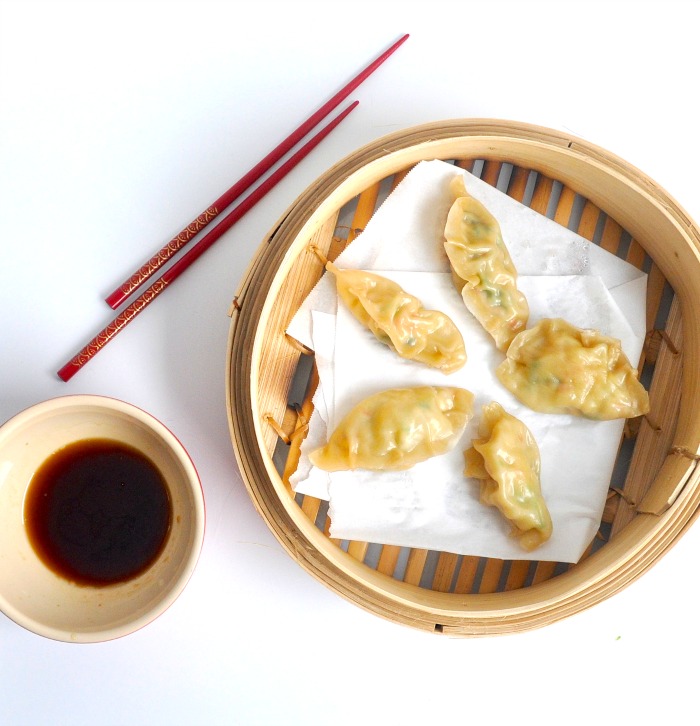 I recently had to empty the majority of my freezer. I sold my bagels at a farmer’s market here in Calgary. This meant freezing a lot of dough. Fifteen dozen bagels to be exact. While I was extremely thankful that I was able to freeze the raw dough without compromising on quality (I definitely wouldn’t have been able to make 18 dozen bagels completely by hand, on my own, in my teeny tiny kitchen the morning of the market), it also meant that I had to give up my freezer for about a week. Now that it is empty again, and I have a window before the next market (January 21, 2015!), I have already started to fill it up. 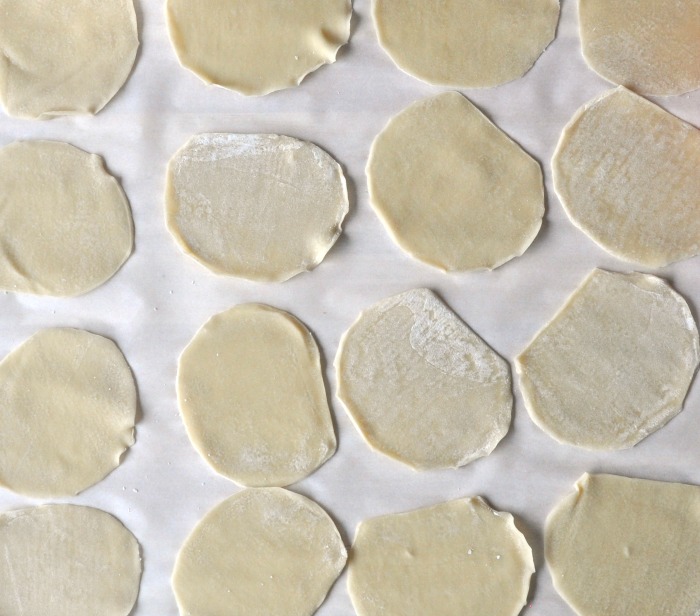 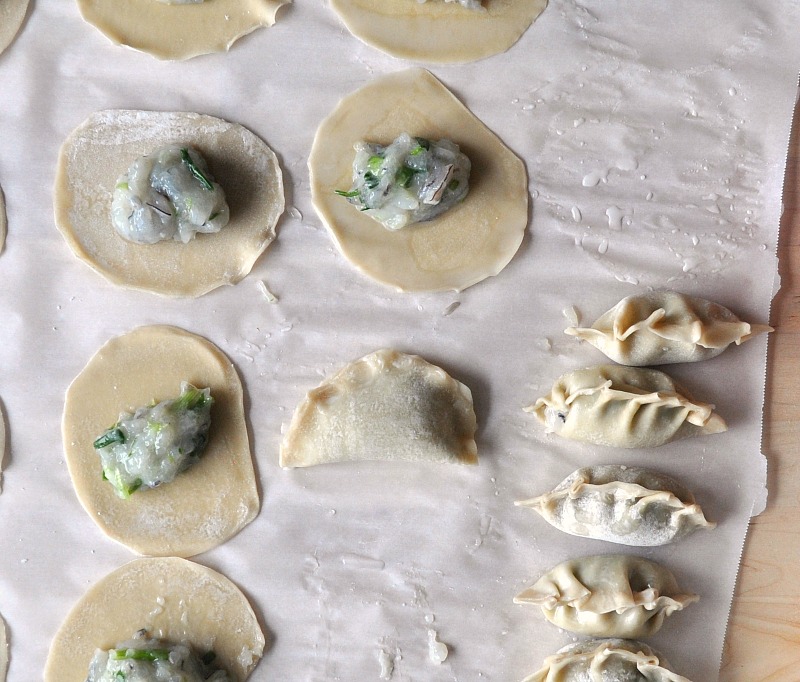 I have been long overdue for a dumpling making session. While my green vegetarian potstickers will always have a place in my heart (and my freezer), I have been wanting to make shrimp dumplings for a very long time. While shrimp dumplings are ubiquitous enough at the local Asian grocery store and there is something strangely pleasant about the gummy, ball of shrimp that is stuffed between a cornstarchy wrapper, it’s one of those dishes that I knew would taste so much better making it at home. 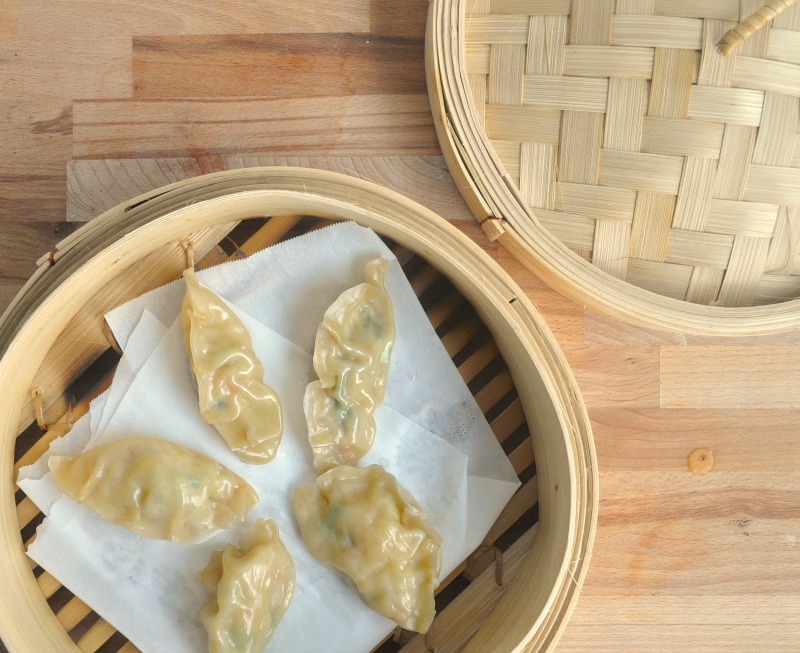 The wonton wrappers are pleasantly chewy and perfectly warm. They can easily be fried up using the method outlined here, but I prefer these simply steamed. The shrimp filling sticks nicely together but unlike most of the shrimp dumplings I have had previously, you can clearly taste the shrimp. This probably has to do with the filling being made of some smoothly blended shrimp along with some coarsely chopped bits. The filling actually tasted juicy. The flavouring is simple and not overpowering and the green onions give the dumplings some bright flavour. Speaking of bright flavour, the dipping sauce is the perfect combination with the dumplings. It is my go to dumpling dipping sauce: rice vinegar, soy sauce, sesame oil and a bit of hot sauce if you’re in the mood. 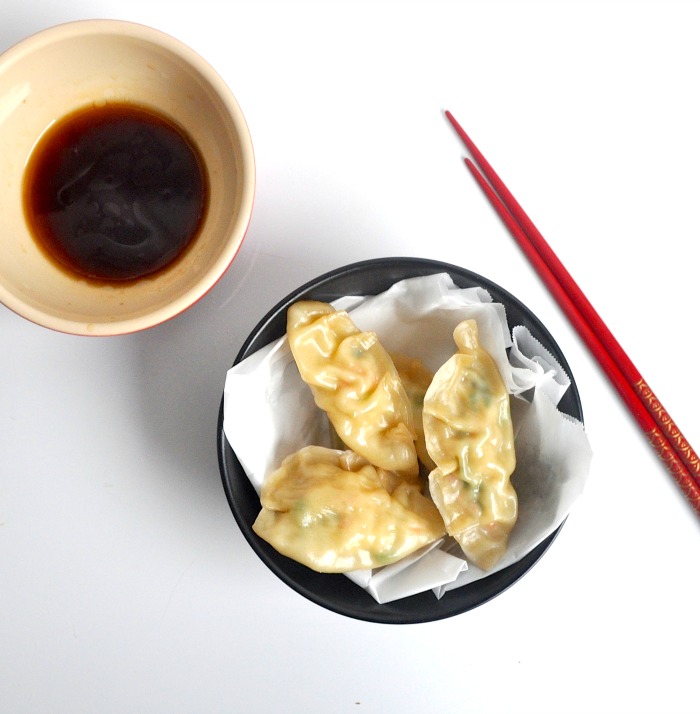 If you plan on freezing the dumplings, after you are finished folding them, place them on a baking tray to freeze before placing them in a freezer bag. Add a couple minutes to the steaming time if steaming from frozen.

You can find more detailed photos of the folding process here

In a food processor, combine half of the shrimp, egg whites, rice wine vinegar, sesame oil, sugar, and salt. Pulse until fairly smooth.

In a small bowl combine the water and cornstarch.

On a piece of parchment paper, lay out wonton wrappers.

Place just scant of 1 tablespoon of filling in the middle of each wonton wrapper.

Brush some of the water/cornstarch mixture along the edge of the wonton wrapper.

Fold wonton wrapper in half, pressing to make sure the edges are sealed, folding and making sure there are no air pockets.

Place steamer over a simmering pot of water. Make sure the bottom of the steamer isn't touching the water.

Line steamer with some parchment paper and steam 4-5 dumplings at a time for about 10 minutes (depending how big your basket is).

Mix all of the ingredients for the dipping sauce together in a small bowl.