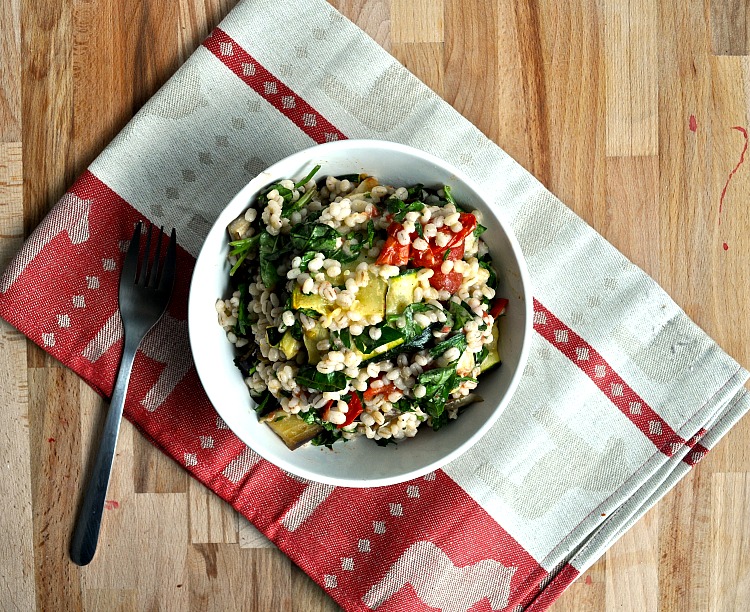 I eat all day long. Before, when I used to work out of an office I would want to eat all the time but was restricted by whatever I brought for lunch that day. Now that I work from home, I don’t tend to make myself lunch for the week because I just snack on whatever is available and easy to throw together. This usually results in me eating constantly, all day, but my food never actually resembles a meal. This isn’t necessarily a bad thing but this past week I decided that I wanted to have something substantial and meal-like to have on hand. 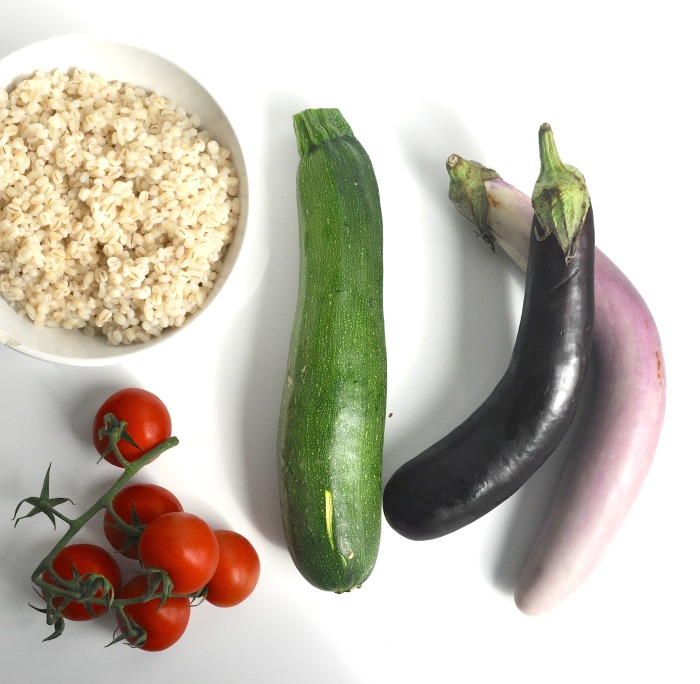 When I think of weekday lunches I think that hearty salads are the best thing to have in the summer (and hearty soups in the winter). When I was in London last month, I had a delicious barley based salad chock full of fresh herbs and vegetables from a Middle Eastern themed stall at Broadway Market. It was incredibly simple but satisfying, so I decided to recreate it at home. 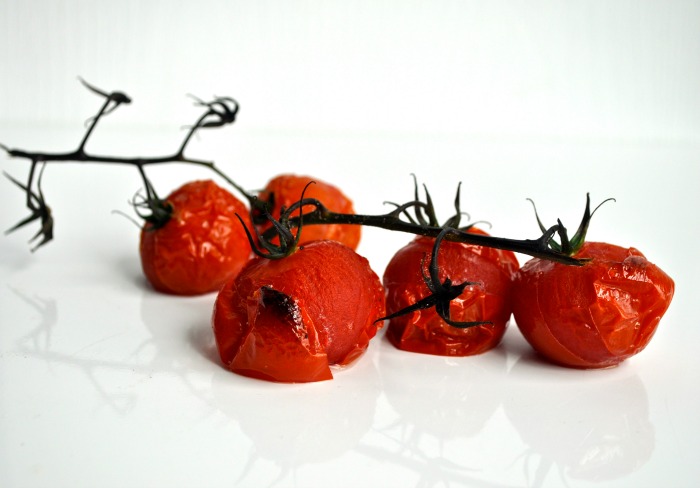 I think barley is a lovely grain to include in salads. I barely ever think of it, but hopefully this salad will be a reminder to myself to use it more often. Compared to something like quinoa it it much more textural, which I really enjoy. The herbs are fresh and bright. The roasted vegetables bulk everything up, are sweet, and are gently complimented by a dressing made up mostly fresh lemon juice, balanced with the nuttiness of the tahini and the sweet undertones of a touch of honey. The salad was delicious warm, right after it was made, but also held up just as much as I hoped straight from the fridge over a few days.

Serving Size: Serves 4 as a side

Cook barley in a small pot until fully cooked.

Season tomatoes, eggplant and zucchini with salt and pepper. Drizzle with olive oil.

Bake for 10 minutes, turn the oven to broil at the highest temperature, and cook for 5 more minutes, until the vegetables are starting to turn golden brown and tomatoes are burst.

Mix roasted vegetables, basil and italian parsley into the barley.