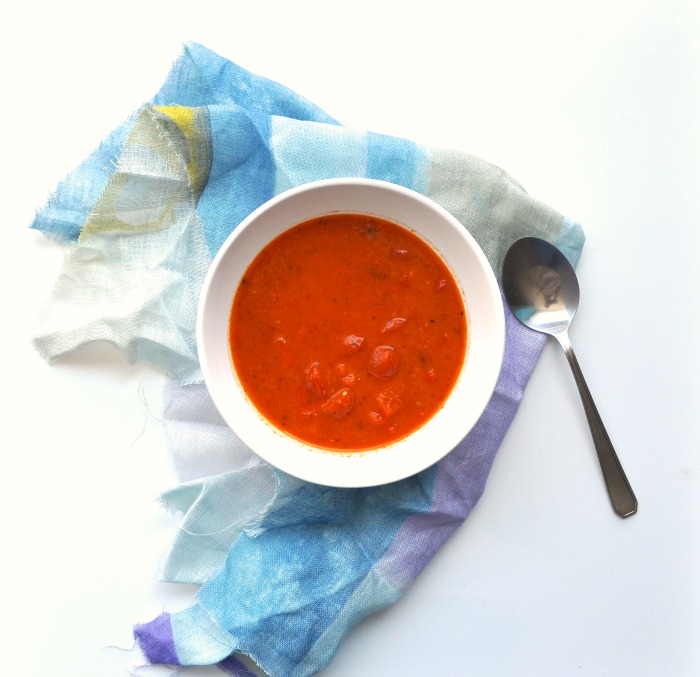 We go to the grocery store at very popular times (i.e. Sunday night), which means that there are often a lot of empty shelves, especially in the produce aisle. Lemons, garlic, ginger, lime, a lot of the basics are often missing, leaving me with some important gaps in my grocery haul. Even though I hardly ever buy peppers (any great pepper recipe suggestions out there?), a couple of weeks ago, there were not a lot of vegetables available, so I grabbed a package of red peppers and figured I would find something to do with them eventually. 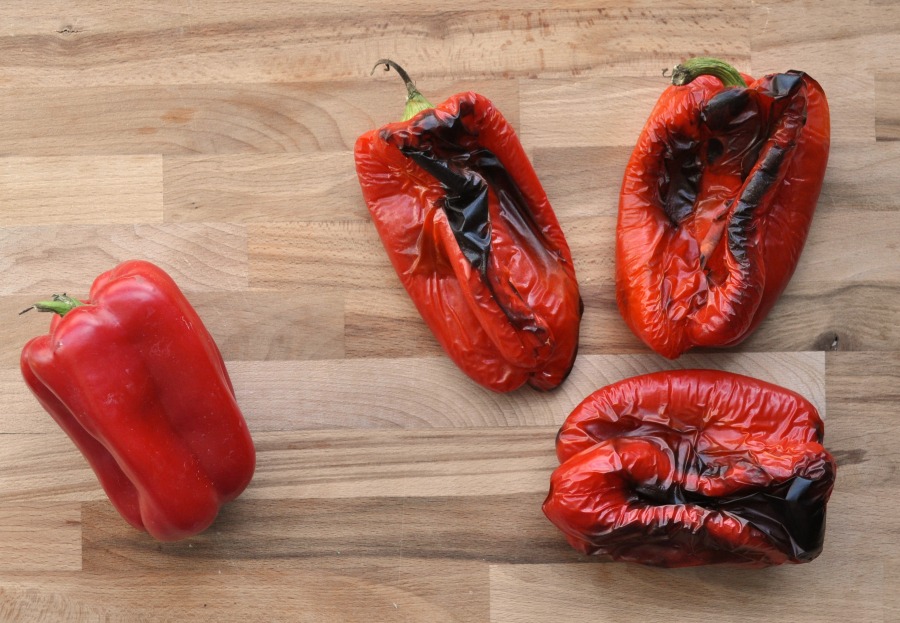 I was happy to have them on hand after I made this bread, which was screaming for some soup for dipping. And, just like that, this roasted red pepper soup was born. I knew they would pair well together but I never thought it would be as delicious as it was: it was sweet, slightly spicy, smooth, and warming. As soon as I tried it, I knew I would be re-making it over and over again as the weather cools down and a bowl of soup is all you want for lunch. 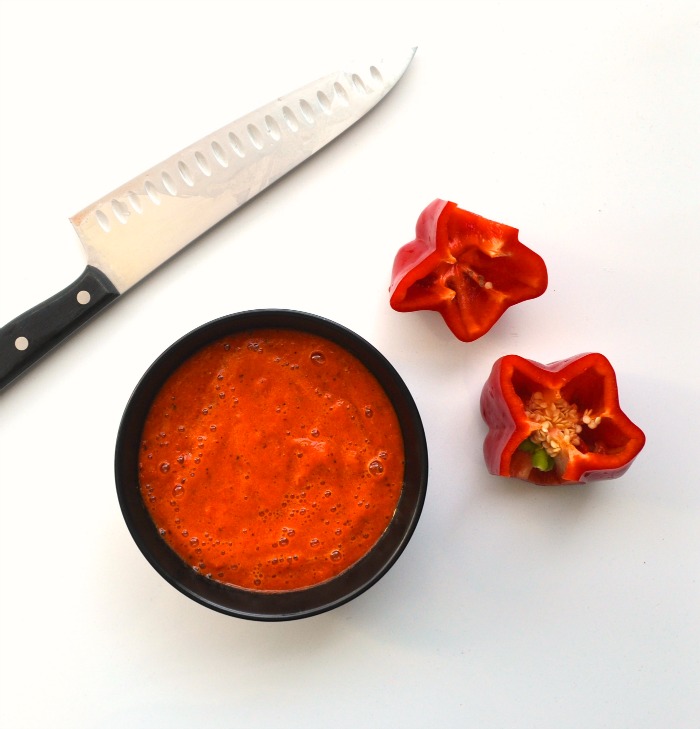 The most important part of making this soup is making sure you balance the sweetness of the red peppers, which is intensified when they are roasted, with some heat and some salt. The smooth red pepper puree is full of flavour and the small chunks of diced red pepper and cherry tomatoes give the soup a bit of texture. It is perfect served with some hearty, buttered bread (or even better, a grilled cheese sandwich). 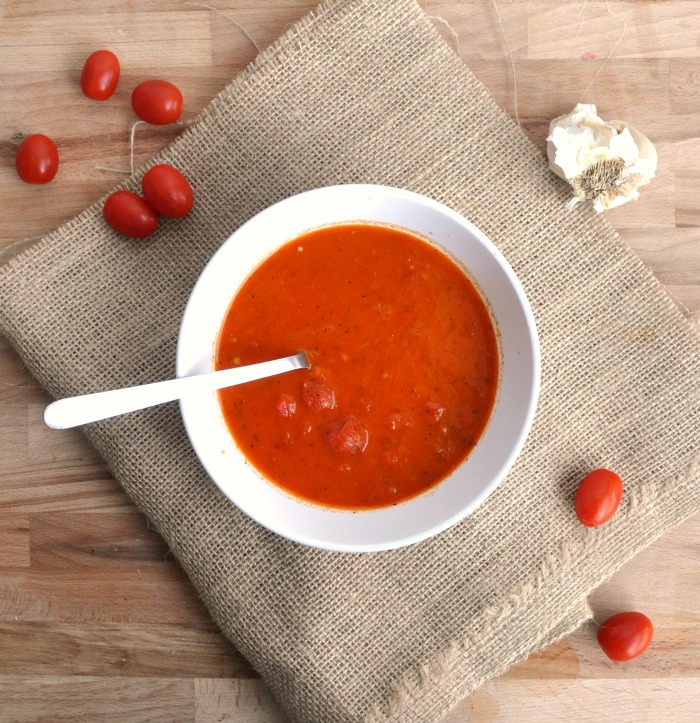 Depending on the salt levels in your vegetable stock and strength of your cayenne, you will want to add more or less spice and salt. Just taste as you go, you need to balance the sweetness of the peppers!

This can easily be made vegan if you leave out the milk or replace it with a dairy-free alternative.

In a small pot, over medium-high heat, heat up olive oil. Saute garlic and diced red pepper for 3-5 minutes until softened. Season with salt, pepper and cayenne.

Simmer vigorously, uncovered for about 20-25 minutes until nicely reduced and the cherry tomatoes are softened.

Add milk and season with any additional salt and pepper that you need.