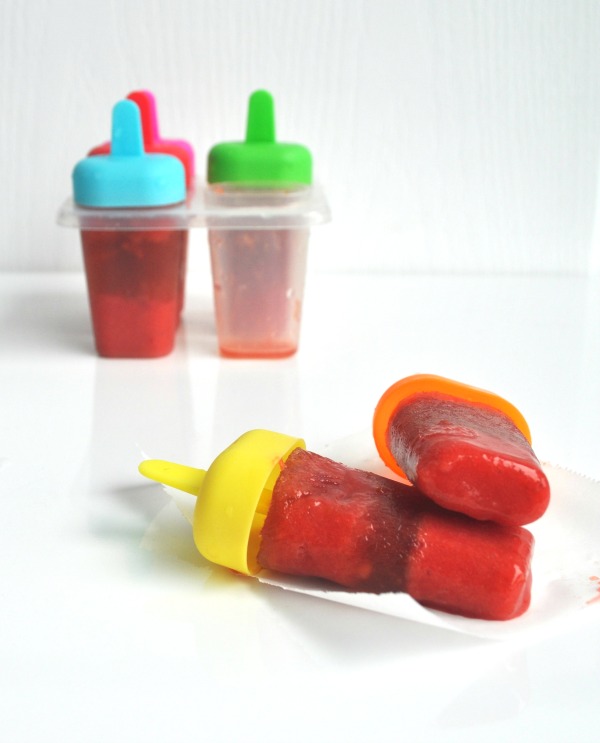 Why do I only make popsicles in the summer time? I know they are cold, but I make plenty of cold things year round. Since these popsicles have been in my fridge this week, I’ve really enjoyed having them on hand as a snack. Hopefully I can get in the popsicle groove and find some addictive ones that will stock my freezer in all seasons. This seems like a good start since  I “had to” eat them really quickly because I wanted to make a couple of other popsicle recipes before I take off for a few weeks, and I didn’t get sick of them even though I ate all six (on my own, my boyfriend is not a fan of the taste of tea) in a couple of days. 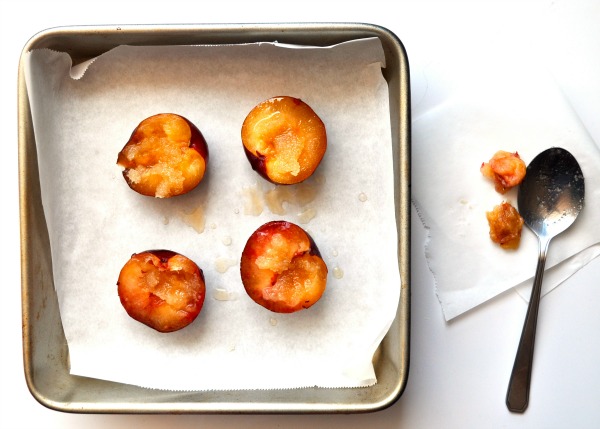 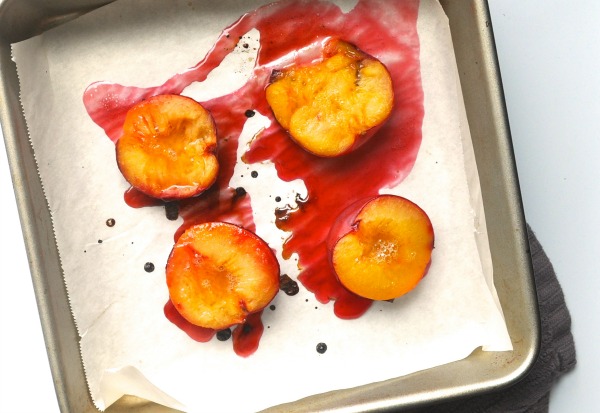 These were my first popsicle attempt of the summer. I really like the idea of mixing fruit with tea (see bubble tea as another example of this). I thought I would jazz things up a bit by roasting the plums first, which definitely gives the popsicles a different flavour. However, if the idea of turning on your oven in the summer time (especially when the end is making a cool and refreshing treat) makes you weep, I totally understand and I am sure these would be great with fresh plums as well. 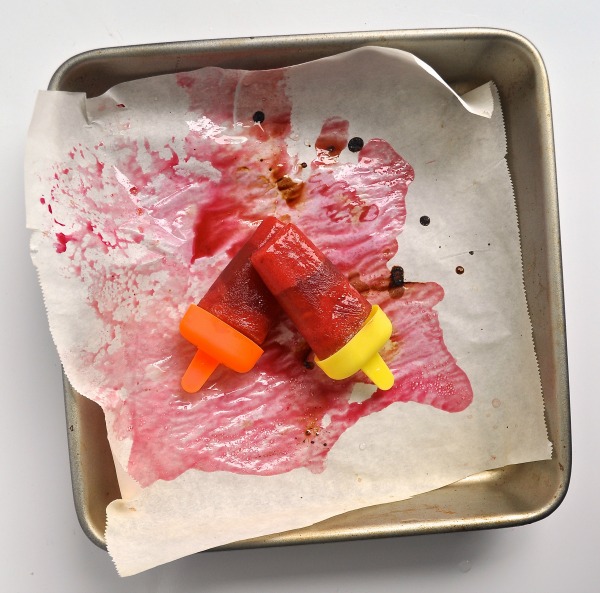 As simple as popsicles are, I think it’s pretty important to taste you mixture before you freeze it. Depending on your personal preference along with the sweetness of the fruit and the strength of the tea, you may want to add more or less honey to the mixture. Just taste and decide for yourself! Also, at first, I thought I wanted to layer the tea and plum mixtures, which involves letting each layer set before adding the next (making the popsicle making process much more lengthy and complicated than it need be). If this appeals to you, go for it! It’s really not that ‘complicated’ if you’re just sitting around. However, if you want to just pour and go, I think that mixing the two is fine as well. Because they are different densities, I found that the two mixtures separated a bit anyway. If you truly want them fully incorporated with one another, blend them up a bit. 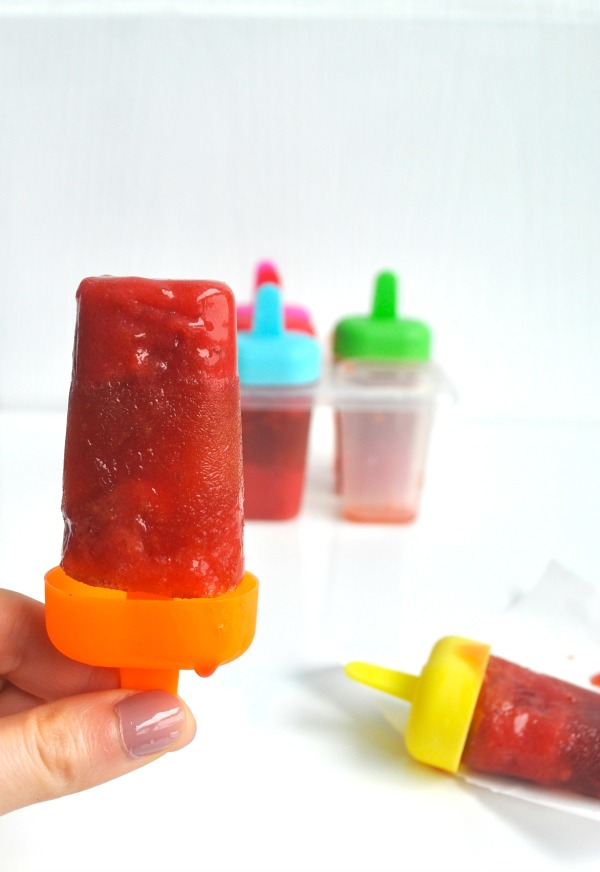 Because of my molds, each popsicle holds just about 1/4 cup of liquid. If your molds are larger, make sure to adjust accordingly!

The amount of sweetener you want to add to the popsicles will depend on the sweetness of the fruit and your personal preference. Taste the mixture before freezing to make sure it's how you like it!

In the meantime, bring 1 cup of water to a boil. Steep black tea until desired strength (I steeped it for about 5 minutes) and sweeten with 1 teaspoon of honey. Place in fridge to cool.

Place plums in a baking tray lined with parchment paper.

Divide 1 tablespoon of honey over the plums

Roast plums for 15 minutes, until juices have released.

Blend plums and juices until smooth.

Fill popsicle molds 1/3 of the way with plum puree.

Freeze for about 20 minutes, until starting to set.

Fill popsicle molds another third of the way with tea. Freeze for about 20 minutes, until starting to set.

For no layered effect

Freeze until completely set and enjoy!