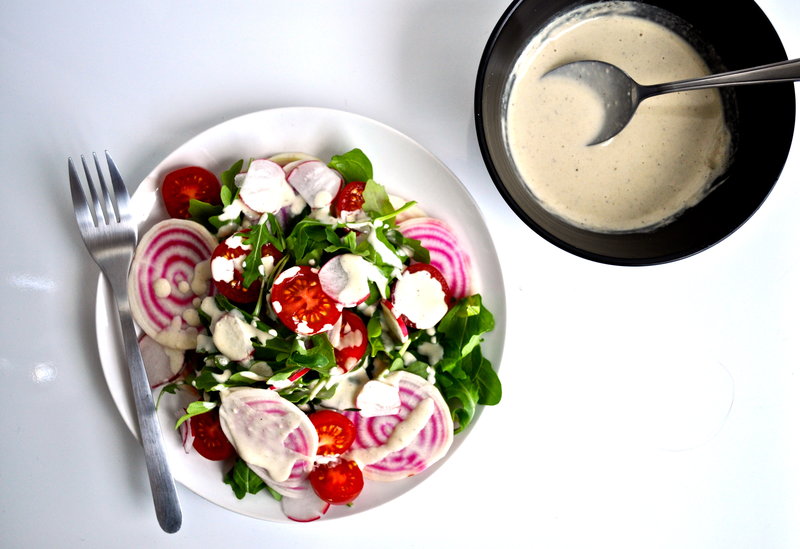 I used to make ‘purple soup’ all of the time. Basically, it was a super simple soup made of blended kidney beans, onions, garlic and a few spices. I usually kept it pretty thick, so on top of it being a purplish/grey color, it was also pretty lumpy. It was cheap, fast and easy to make, but it certainly looked like a bowl of gruel. I remember the first time I made it in London. My flatmates got a glimpse of it and they were pretty turned off. I had to convince them that it was actually delicious, and when they tasted it, they agreed. For the most part, I am completely happy with a dish like that, but sometimes you need a little color and beauty in your food, and today was one of those days. 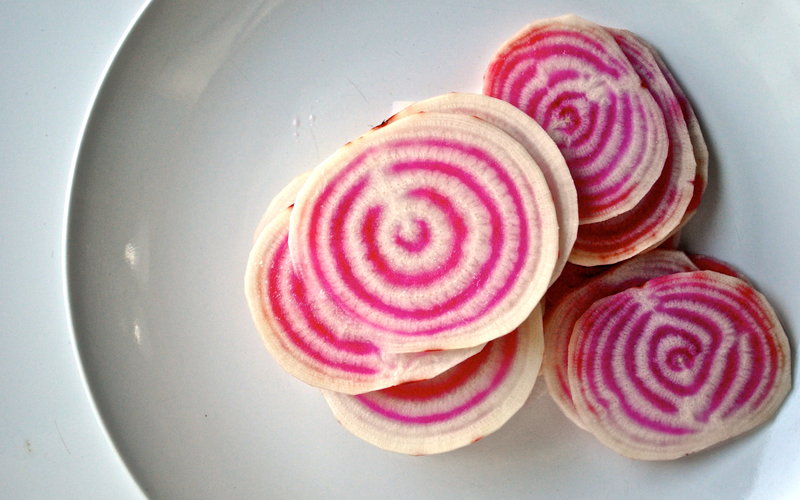 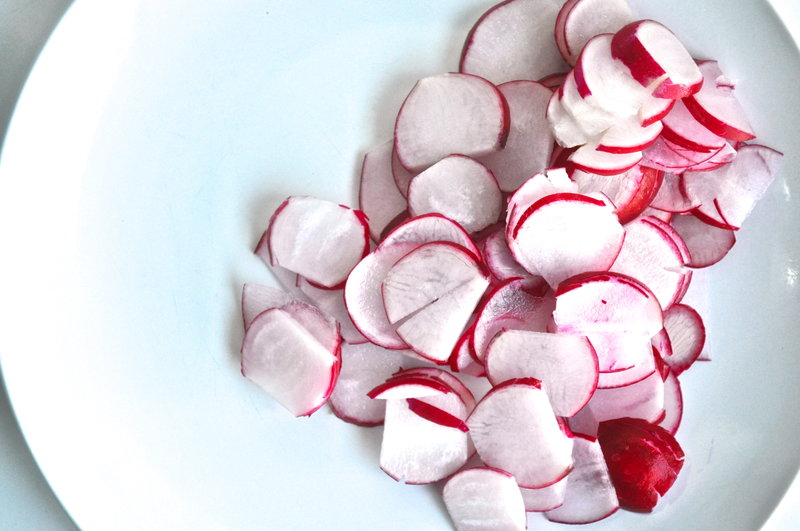 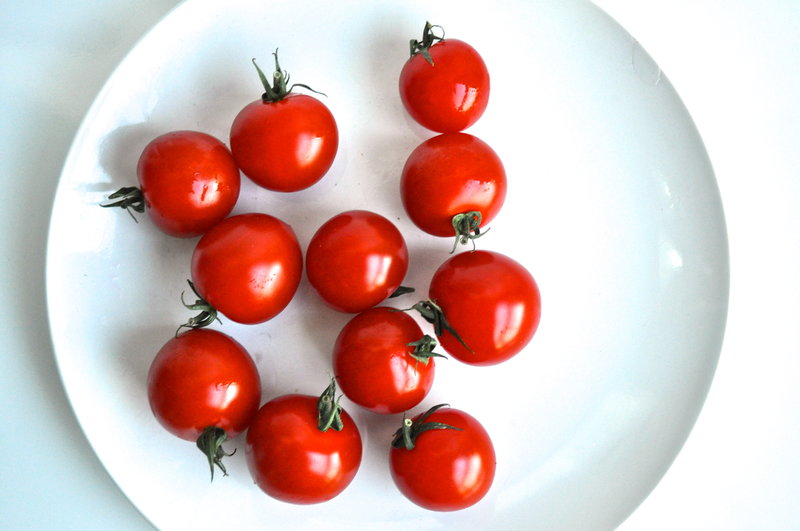 I don’t know why, but I feel particularly unsure about the change in season. My CSA box is all squash and onions, and while they can be made into something delicious, I miss the variety and bounty that summer exudes. I seem to be forgetting the glory of autumn: the apples, squash, leeks, pears, pomegranates. This salad is a cinch to make but I took my time, lovingly layering and placing the beets, radishes, cherry tomatoes (which were some of the best I’ve had this year) and arugula on the plate, drizzling the tahini dressing, which paired beautifully with the surprisingly sweet beets and tomatoes and slightly peppery arugula and radish. I felt like I had summer on a plate again, and I guess what I mean by that is: color, freshness, and brightness, which doesn’t have to only exist in the summer time. I’ve learned my lesson. 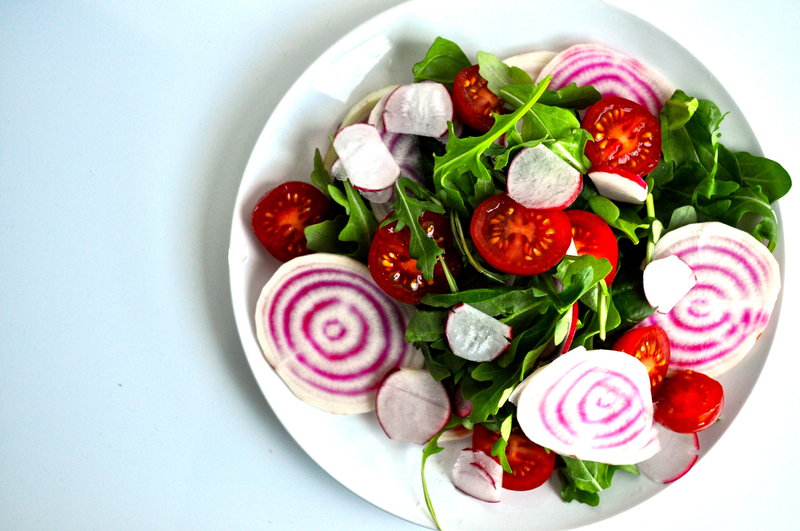 Make sure to slice the beets as thinly as possible. While mine were the striped variety (when my boyfriend picked up the CSA box, he actually chose these because he knew I would think they were pretty, so nice!), any would be fine. This is a very crunchy salad filled with vegetables with their own unique flavors. It’s definitely too light for a meal but would be great next to some pita with falafel (the dressing could double as some sauce in the pita) or a hearty bowl of soup. 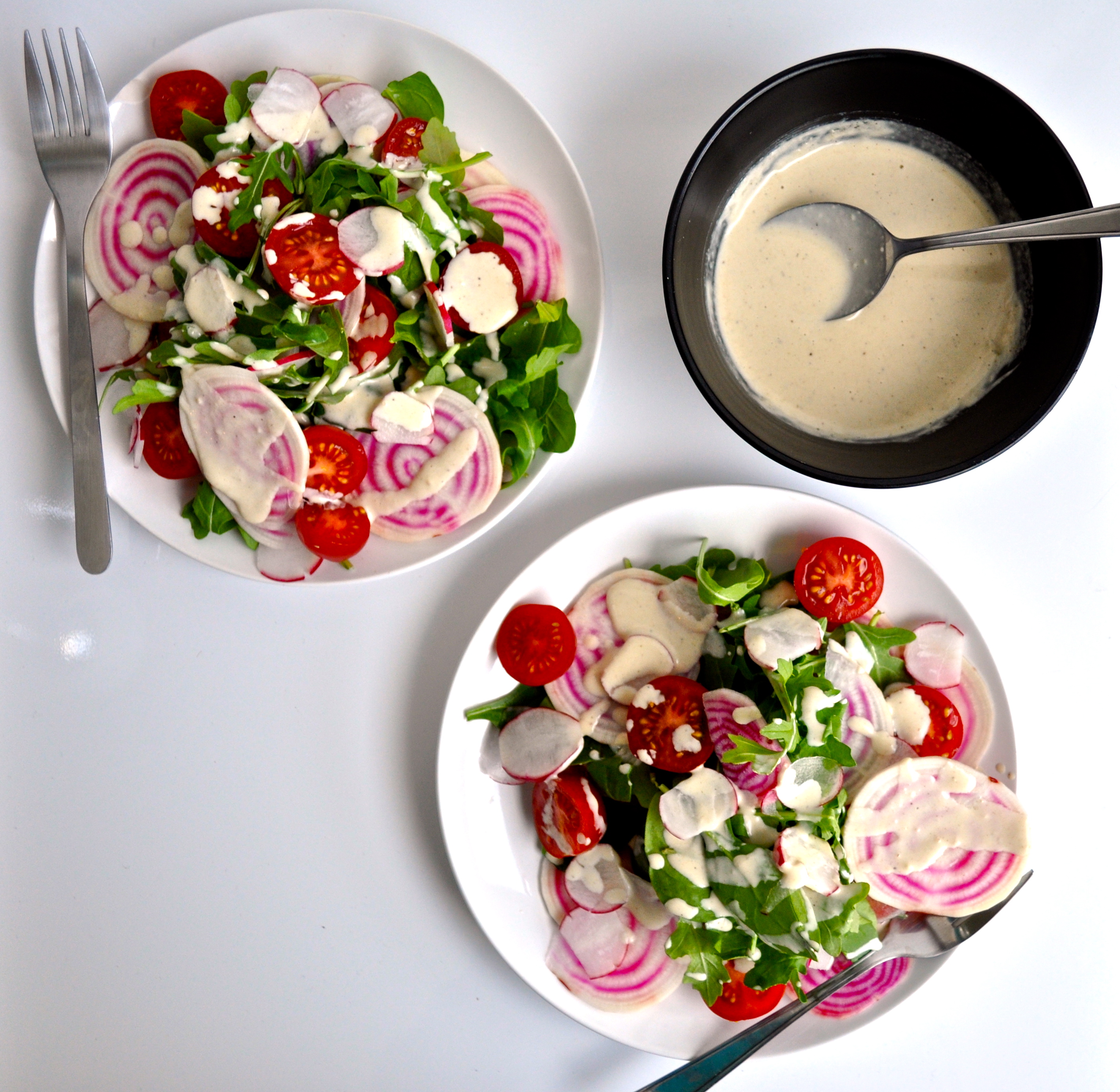 On a plate, arrange tossed ingredients for salad.

In a small bowl, mix all ingredients for dressing together.

Drizzle dressing on top of salad.