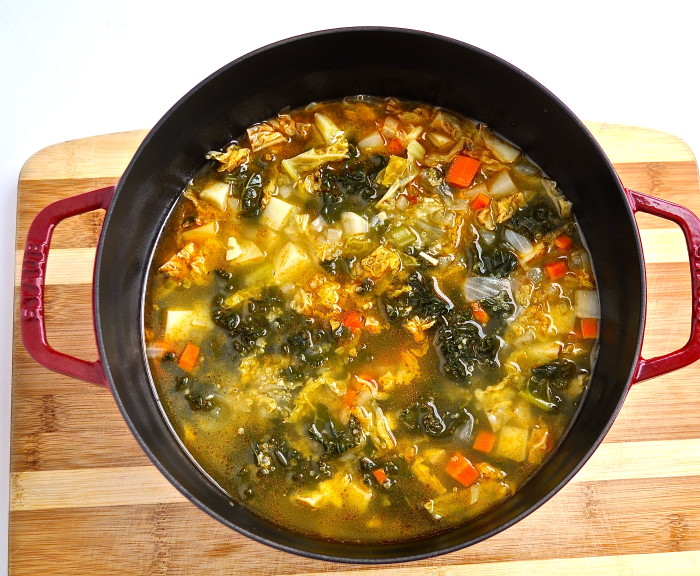 We went to Peru a little while ago and I didn’t really know what to expect in terms of food. I wasn’t sure how difficult it would be to eat as a vegetarian but it worked out pretty well! One of my favorite things (that even my meat eating boyfriend ordered again and again) was the quinoa soup that was ubiquitous. The soup came in a number of different forms. Sometimes there was a variety of vegetables, sometimes very few. Sometimes it had dairy, sometimes it did not. But it was always delicious. 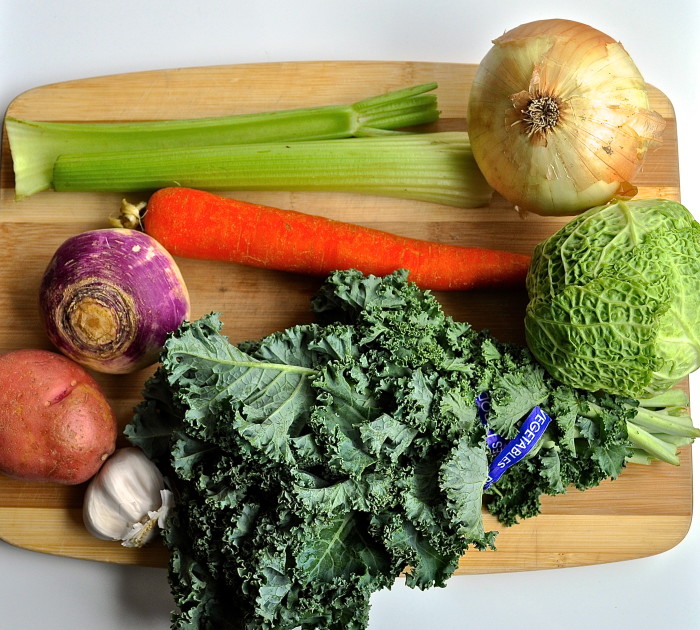 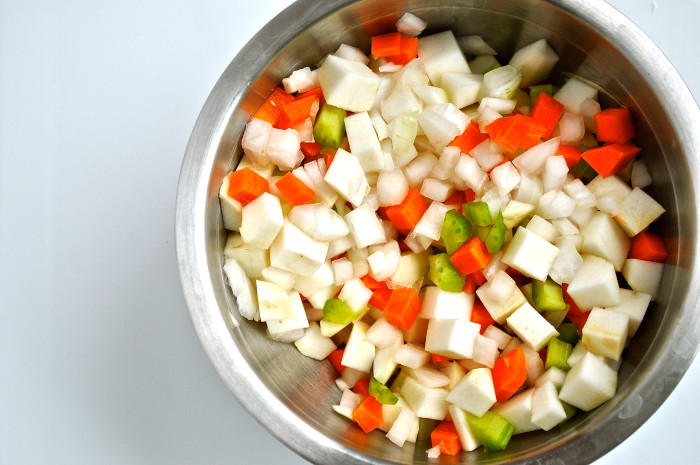 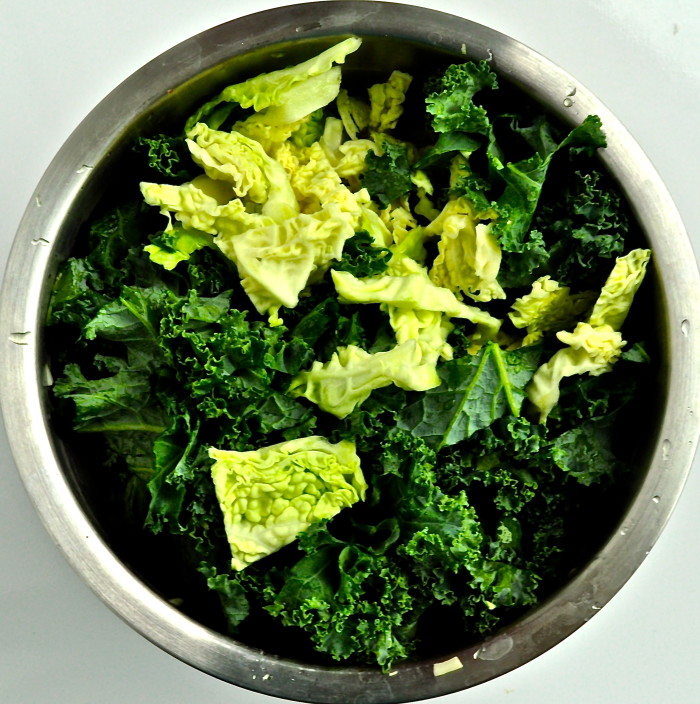 As soon as I got home I knew I wanted to try and recreate it. I did a bunch of research and like the soup, there wasn’t much consensus out there. Instead, I decided to just throw together what I remembered, which was mostly a light soup with a bit of dairy and lots of quinoa and root vegetables. I do not claim that this is in any way ‘authentic’ Peruvian quinoa soup but it really reminds me of the stuff we ate when we were there. 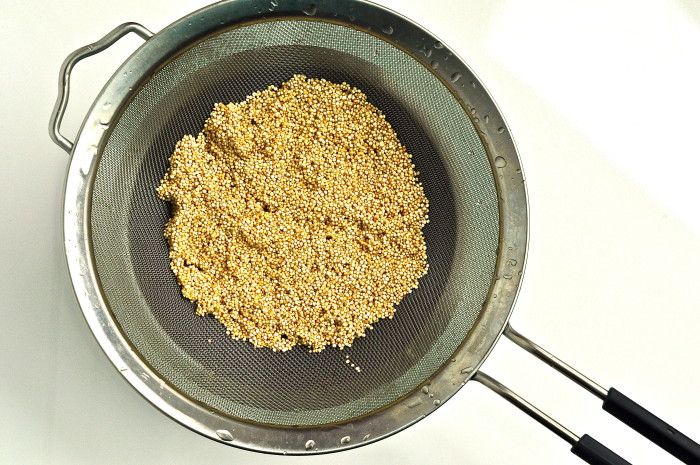 This is one of those dishes that is so incredibly versatile. If you don’t like kale, it would still be delicious without it. It’s also a great way to use up various bits of vegetables you have lying around and I find it gets better as it sits.

I often put parmesan rinds in my soups to give them a certain depth of flavor, and if you don’t want to go for the asiago, that would be a great option here. The asiago is something that I haven’t tried before (either in this soup or in anything else). When I tasted the cheese for the first time, I thought that the strong flavor would add something different to this soup. 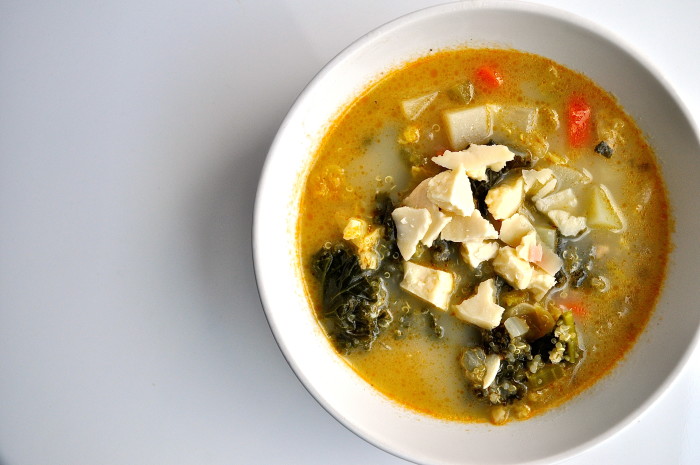 Beware, this recipe makes a ridiculous amount of soup. If you don't mind only using half of your veggies (which will leave you with i.e. half a turnip, which I know is annoying) I would suggest it. Otherwise, I love making this on a Sunday night and bringing it to work every day for lunch. You can also freeze half of it and save it for a rainy day.

It doesn't really matter what size you dice your vegetables, but it is good if you keep them all the same size so that they all cook evenly. I usually save the potatoes for last so that I can cook them with a little more texture than the other vegetables, feel free to use this trick with another vegetable, but remember, the ones that cook for longer have more time to impart their flavor to the broth.

Parsnips are also a great option to include in this soup! It gives it a really nice flavor.

In a large pot, heat up olive oil. Add onion, carrot, celery, turnip and garlic. Season with salt and pepper and saute for 3-4 minutes, until vegetables are softened but not caramelized.

Add cabbage, kale and vegetable broth. Cover and simmer for about 20 minutes.

Add potato and simmer (covered) for an additional 10 minutes, until the potato is just cooked.

Turn off heat and stir in milk.

One thought on “Quinoa Soup with Asiago Cheese Recipe”