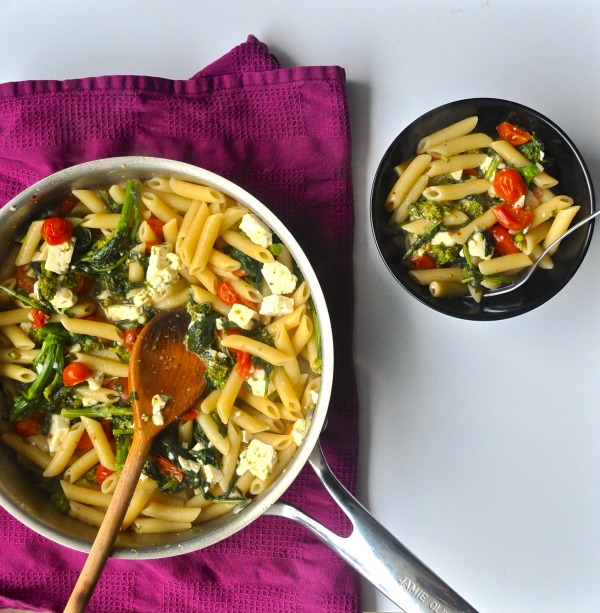 You know when you make something so often that you think everyone knows how to make it too? That it’s part of everyone’s repertoire? This was definitely the case with this pasta. Of course it makes no sense to think this way, but somehow, when you make something so often it feels like it is too boring to share. It is funny because I have definitely posted just as simple (and even simpler) pasta recipes up here, but thought they were more interesting because they were new to me. The other day when we were eating this for dinner, my boyfriend asked if it was up here on the blog, and I scolded myself for waiting so long to share it. 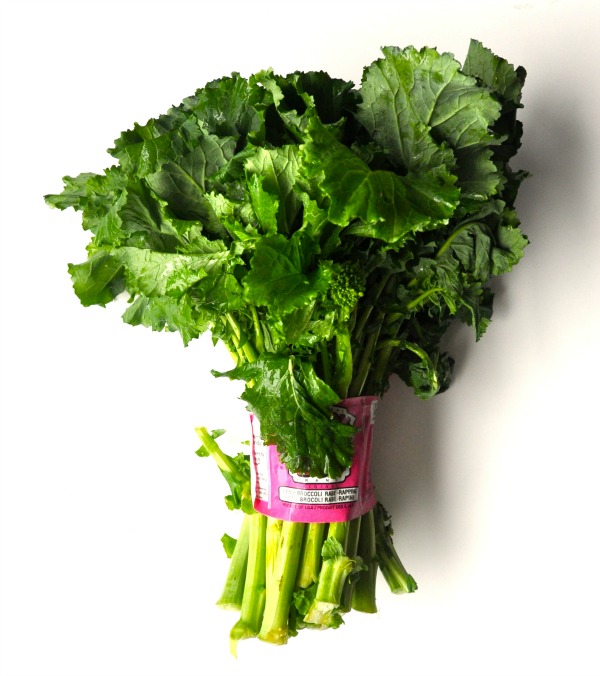 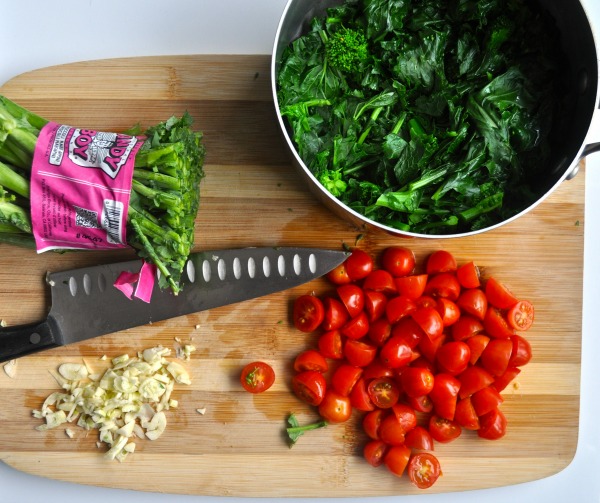 I think that making this dish was the first time that I realized that I could have something at a restaurant and try to recreate it at home. I remember that the plate of food was actually fairly expensive when I ordered it, and I thought about how simple it would be to replicate. This was a couple of years ago, and as is usually the case, it has morphed into something else since then. But, in the end, the rapini, cherry tomatoes and feta have all remained the same. This is one of those dishes that I wouldn’t mind eating for lunch every day of the week (although I try and avoid doing this). 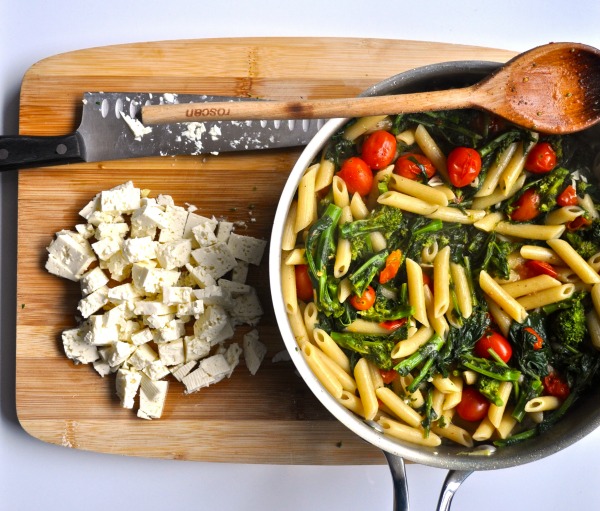 It is also pretty much the only time I use rapini (which looks like stems with little leaves and mini broccoli florets, although I don’t find that it really has a broccoli flavour), other than when I make pizza at home (I love rapini on pizza- please try it!). The trick that I’ve learned over the years is that it is a good idea to par-boil the rapini because it is actually quite bitter sometimes and that helps to mellow things out. It also helps to soften everything up which results in a nicer texture in the end. Rapini is definitely one of those vegetables for me- the slight bitterness makes it kind of addictive. When I was making this, I couldn’t help but snack (somewhat excessively) all the way through. There’s something too delicious about the sweet cherry tomatoes, slightly bitter rapini and salty feta. Personally, I actually like to have a higher vegetable to pasta ratio because it’s definitely the best part (in the recipe below it is quite well-balanced though!)

I’ve also learned to use some of the feta water to add some extra saltiness, and as always, to use reserved pasta water to finish cooking the pasta with the cherry tomatoes and rapini. Personally, I like to add the feta right at the end, giving it time to warm through but not completely melt and disappear into the sauce. That’s a personal preference though- either way it would taste delicious!

One of my favourite things about this pasta is that everything comes together in the time that it takes to bring the water to a boil and cook your pasta. It’s fast to make, delicious, a little bit different and is definitely one of our go-to meals. 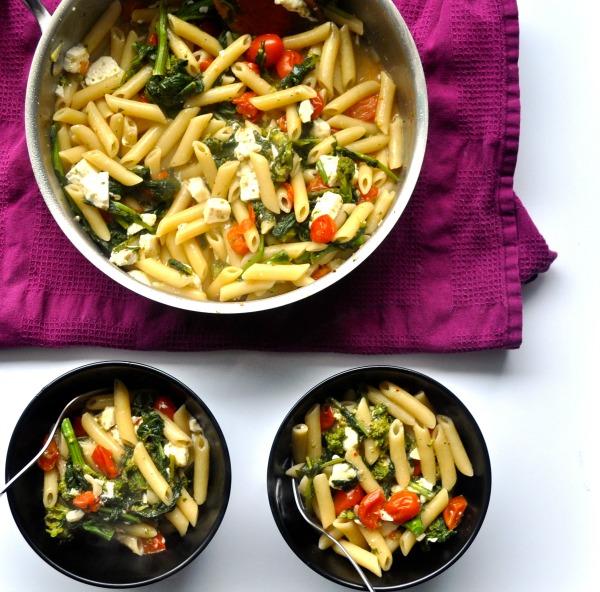 I really suggest par-boiling the rapini first. It helps with its natural bitterness and also helps to soften it to the right consistency. If you have a deep pan (that you can also transfer the pasta to later on), par boil it in there and it saves you from cleaning an extra pot!

In a large, deep pan (or a small pot) bring some water to a boil. Par-boil rapini for about 90 seconds, drain and set aside.

Bring a large pot of water to a boil. Add pasta and cook halfway through.

In the meantime, in the deep pan that you par boiled the rapini in (to save some clean up time!) heat up olive oil over medium-high heat.

Add tomatoes, chilli flakes, pepper and salt, and cook over low-medium heat, until the tomatoes start to soften and release their liquids. You can help this along by squishing them with a wooden spoon. Once the liquids start to release, add feta water.

When your pasta has about 3 minutes left of cooking time left, drain pasta (reserving about 2 cups of water).

Add pasta, water, and rapini to cherry tomatoes and boil (uncovered) until the liquid has evaporated and pasta is fully cooked.

Stir in feta and serve!