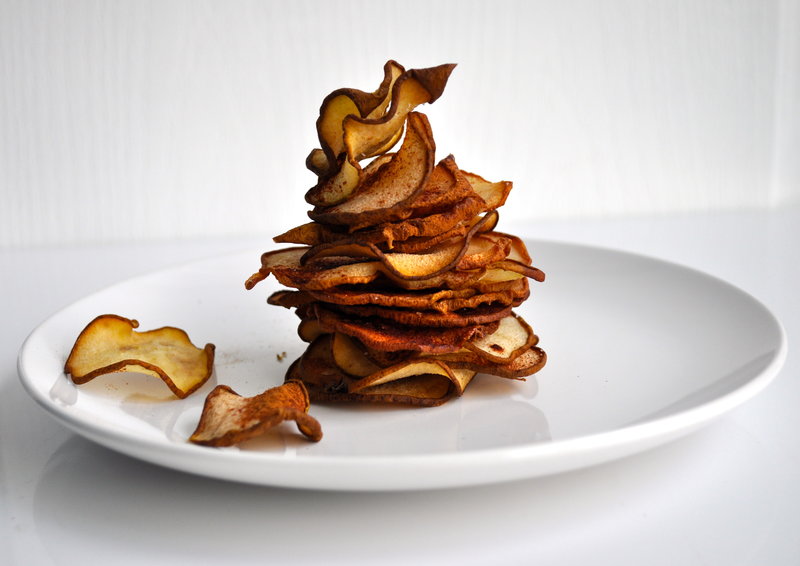 I haven’t had very good luck making my own ‘chips’ in the oven. When we moved to Calgary we had a huge bag of vegetable chips in the car with us. It was all that we could do not to scarf the whole thing down in the first hour of the drive. They were delicious! So delicious, that I tried to re-create these vegetable chips at home earlier this summer. Needless to say it was a massive failure. I kept them in the oven at a low heat for hours and all I ended up with was a soggy mess of vegetables. It felt like the biggest waste of produce and time. I wasn’t planning on attempting baked crisps again any time soon, but then I discovered a new blog. 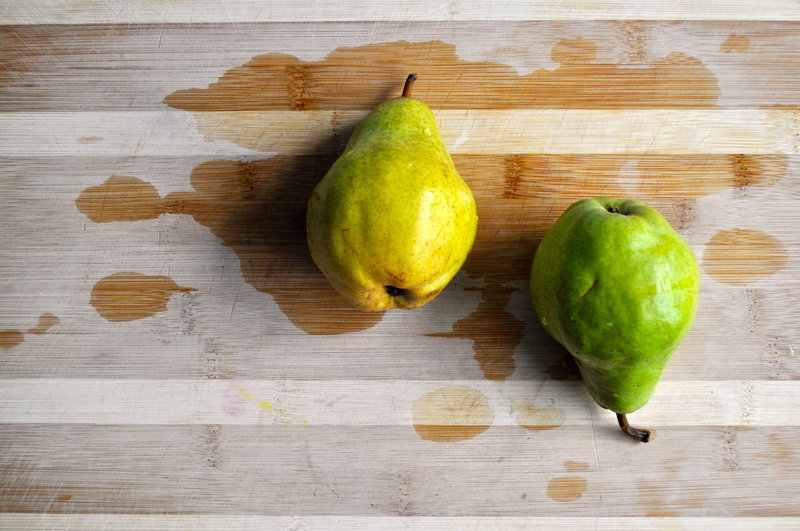 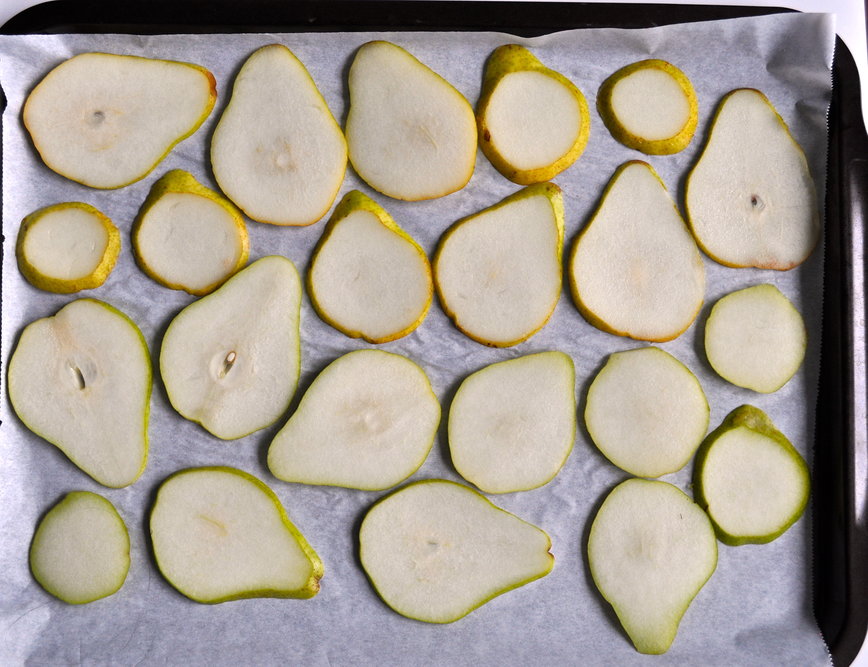 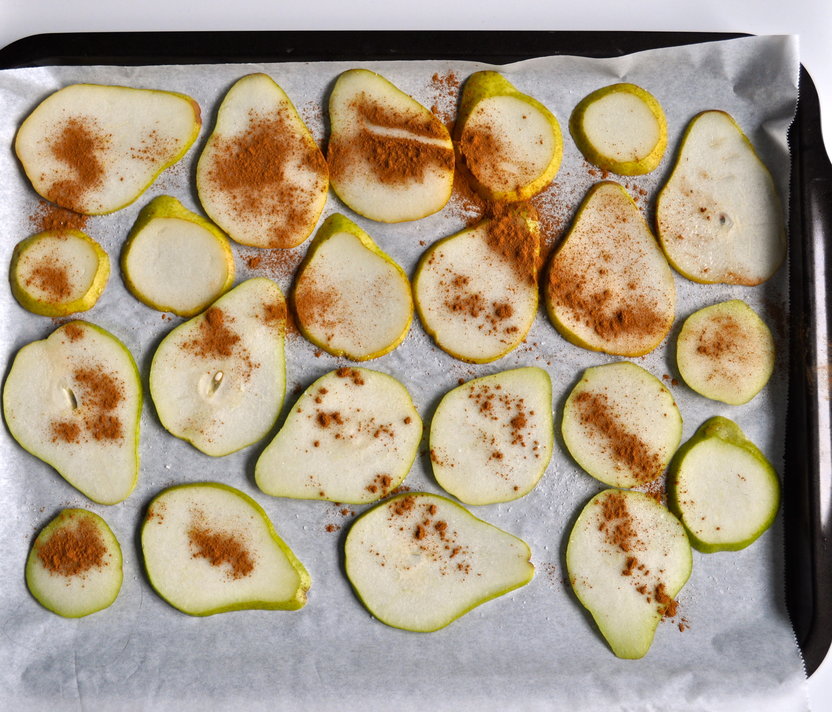 When I find a new blog that I like, I can easily spend hours reading back all of the posts that they have ever put up. Luckily, I came across these pear crisps on the blog The Year In Food. In some ways, I wasn’t sure if this was worth posting. I simplified an already simple recipe, seasoning the pears with only salt and cinnamon, but I have to tell you that the final product is greater than each of its parts. 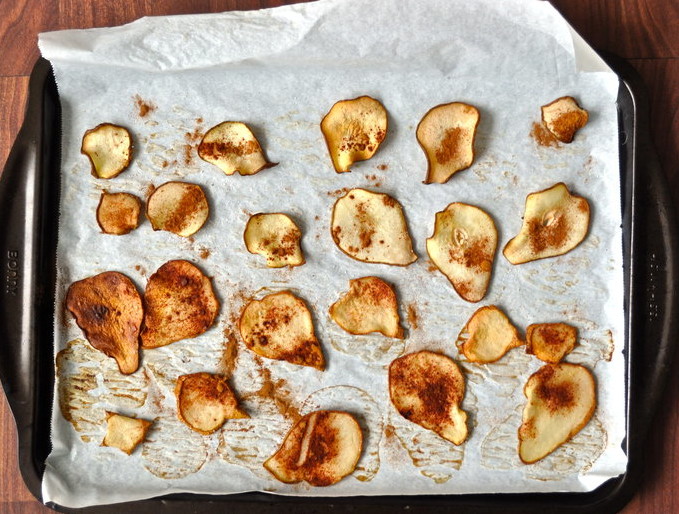 Some of my pears turned out super crunchy and chip-like and some of them had some chew and sweetness left in them (my oven doesn’t cook things very evenly…) but I couldn’t decide which ones I liked better. These are delightful and are ready in an hour flat. They are the perfect fresh, autumn snack to have around, but I warn you, unless you have more self control than I do, they won’t last more than a day. 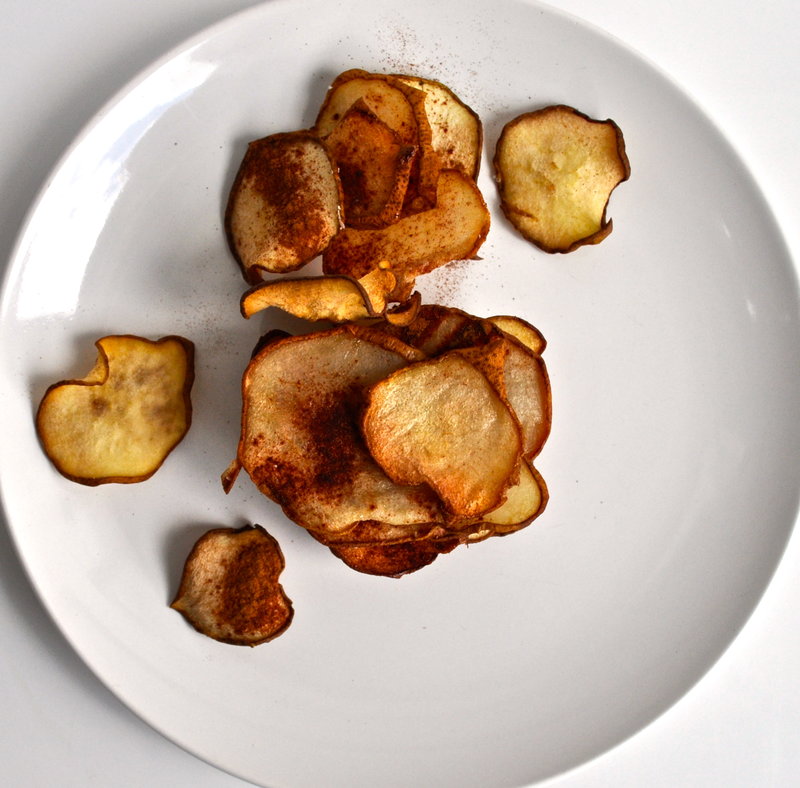 Adapted from The Year in Food

Slice pears as thinly as possible and lay in a single layer on the baking tray.

Sprinkle evenly with salt and cinnamon (only on one side).

Bake for 25 minutes on one side, flip.

Bake for an additional 35-40 minutes until browned and crispy on the edges.

Cool down on cooling rack (this will help them crisp up more).