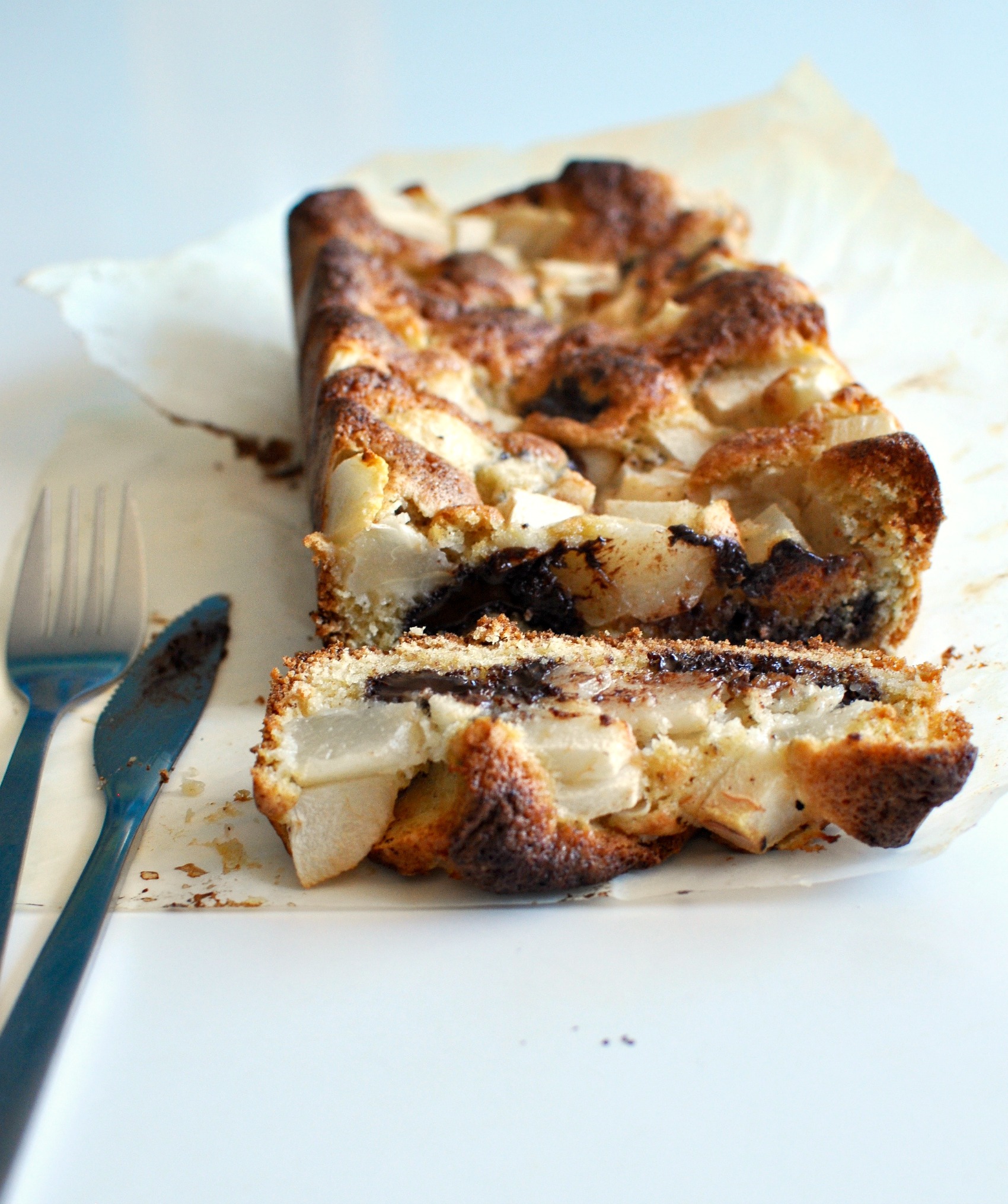 This past week, I got married. It was last minute and unceremonious but I wanted to mark the day with some cake. Many years ago, when my partner worked at a German bakery, he loved a pear and chocolate cake that they made. For someone who claims not to like cake, this is a big deal. So, when I saw this recipe on Smitten Kitchen (probably 5 years ago), I thought it looked very promising. I think at the time, I couldn’t make it right away because it is one of those recipes that really requires an electronic mixer, so I was patient, and came back to it after I finally got a handheld electric whisk. All of these years later, it’s one of the most delicious cakes that I have made. So, when I saw that I had some overripe pears, I knew immediately what cake I wanted to make. 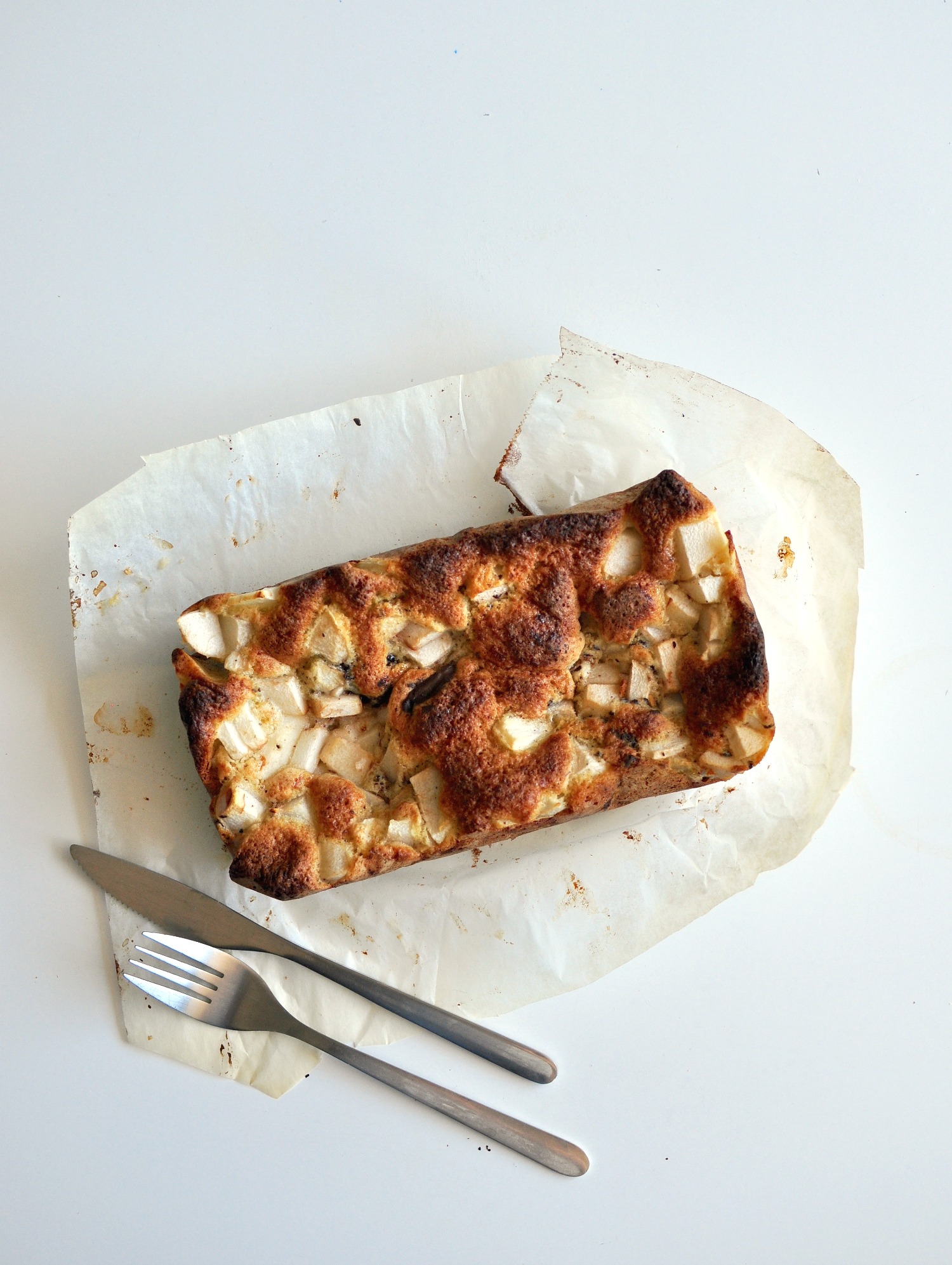 The batter gets its flavour from the browned butter and it is very generously studded with dark chocolate chunks and diced, ripe pears. They are sprinkled on top and become enveloped by the cake as it rises in the oven. I took a few slices and packed it in my purse to eat after we signed our papers. We went to a ramen restaurant and fed a piece to each other with chopsticks before we ate anything else. It was ridiculous, in the best way, and very tasty. We shared the rest of the slices with our friends and have been snacking on the rest of the cake ever since. It’s a simple cake that has almost as much chocolate and pears as it does actual cake. It is just sweet enough and gets more moist after a day, as the juice of the pears continue to seep into the rest of the batter. If you ever have an excuse to make it, I hope you enjoy it as much as we do. 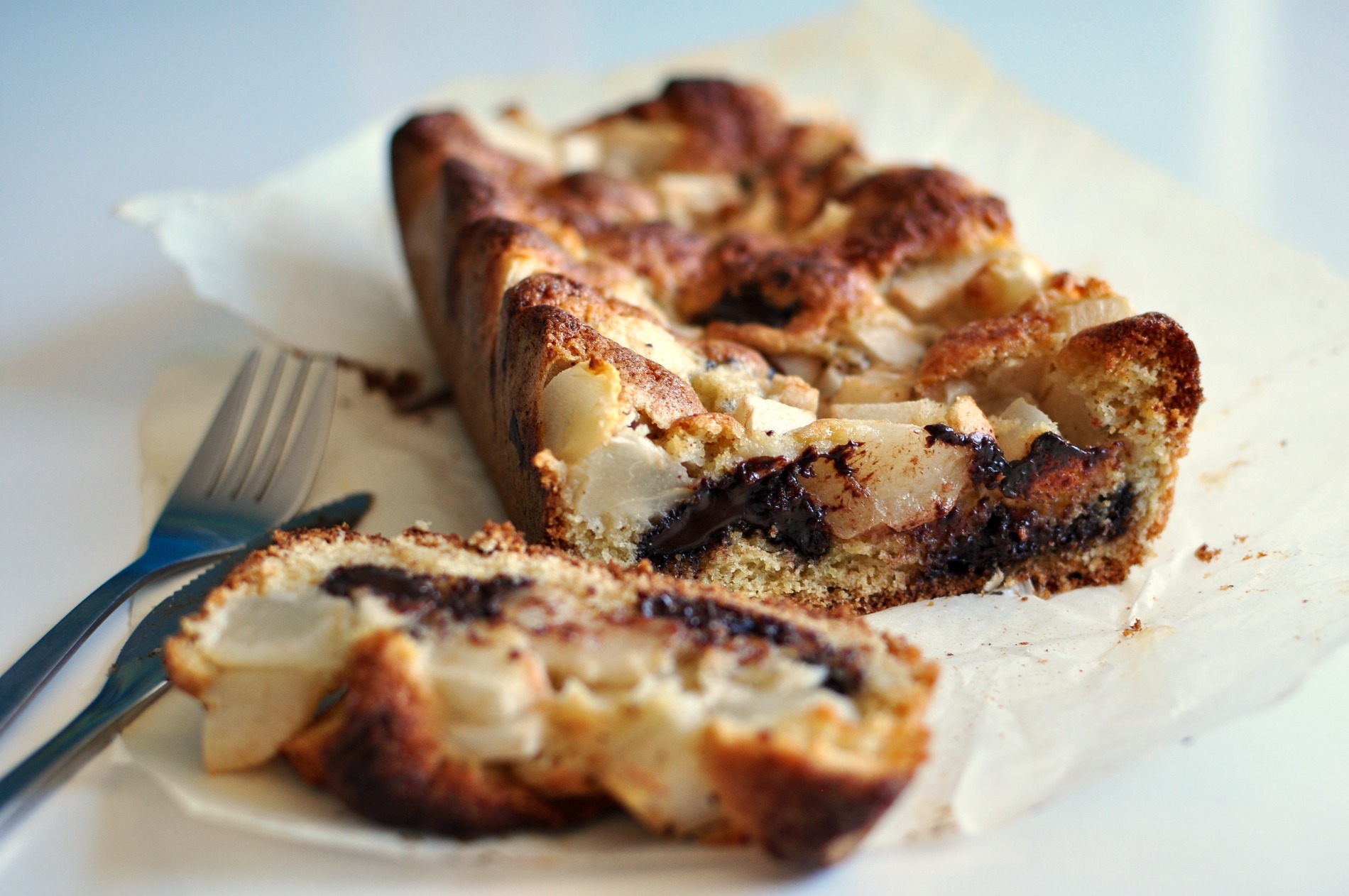 In a medium bowl, whisk the flour, baking powder and salt together, set aside.

In a large bowl, using an electric whisk, whip the eggs on high speed until pale and thick (it took me 10 minutes with my handheld electric whisk, Smitten says that with a Professional Kitchenaid, it will take closer to 5 minutes).

While the eggs are whipping, brown the butter in a small pot over medium heat. Cook slowly, stirring occasionally, until the butter smells nutty and is brown (about 5 minutes). Remove from heat and set aside.

Add the sugar to the eggs and whip a few minutes more.

Fold the batter using a spatula until the ingredients are just barely combined (you don't want to lose air!).

Pour mixture into the loaf pan and sprinkle with pear and chocolate chunks.

Bake for about 35 minutes, until the cake is golden brown and a toothpick comes out clean.

3.1
http://mysecondbreakfast.com/pear-chocolate-cake-recipe/
Pear and Chocolate Cake was last modified: February by My Second Breakfast