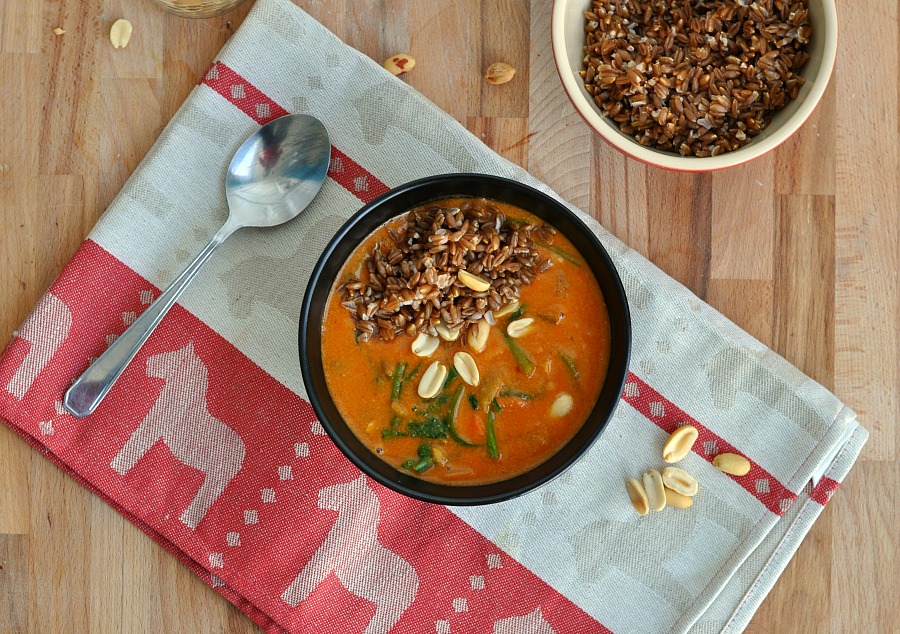 I don’t think I have ever seen peanut soup on a menu or have been served it at someone’s house, but it’s something that has popped up a bunch once I started being active on pinterest. It looked very appealing to me and I have been meaning to try to make it for a long time now. I finally got around to it the other day when I wanted to whip up something new to photograph on a whim. The light was fading fast and I needed something that I could make with the limited ingredients in my fridge and pantry and that would be ready quickly. 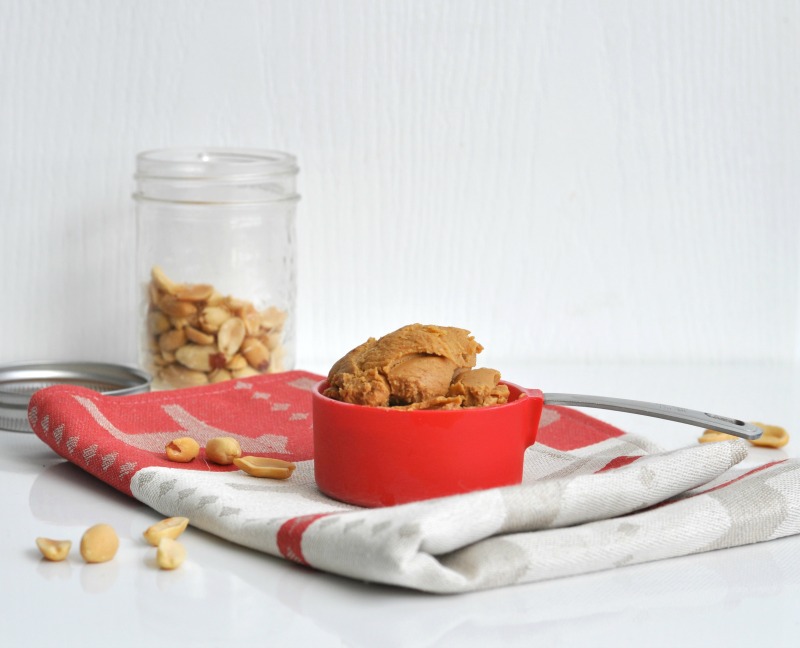 While most of you aren’t rushing to take pictures of your food, who can say no to a meal that comes together super quickly, takes limited ingredients, and will probably use up things that you already have on hand? In fact, the soup itself takes under 30 minutes to make. If you use farro as the grain to eat it with, the farro actually takes a little longer to cook but if you already have some cooked grains on hand in your fridge, or something faster to make (i.e. rice seems common to eat with the soup), throw it in. I like the farro because it has a nice chew to it and a nutty flavour that really compliments the peanut. 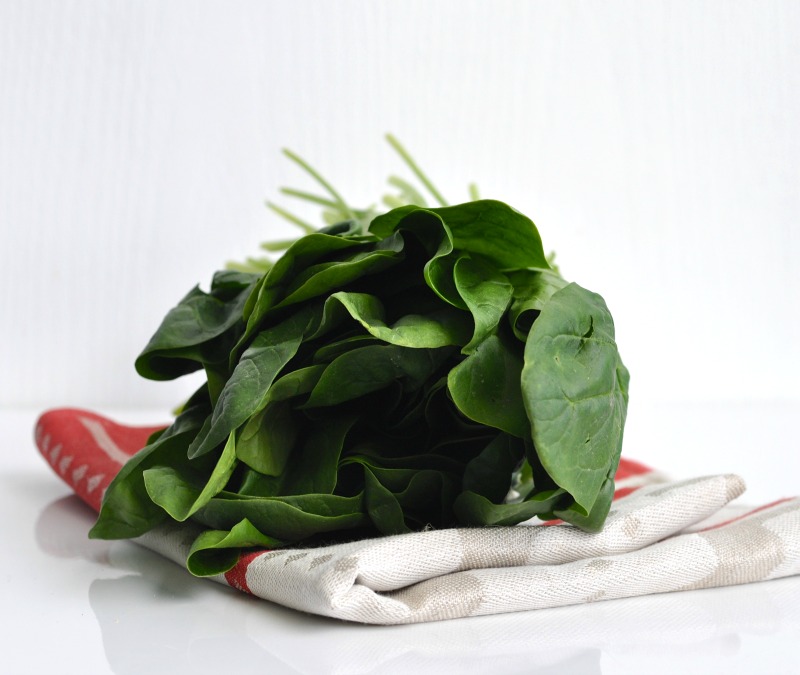 This soup has a nice base of ginger and garlic that gives the soup tons of flavour. The onions and carrots give the soup of bit of texture and sweetness. The tomato paste and peanut butter help to thicken the soup. Overall the soup is a bit sweet from the peanut butter but it’s balanced out with the heat from the chilli flakes. Make sure you aren’t using peanut butter with any added sugar and salt. If you don’t have any 100% peanut butter on hand, you can even make your own by grinding some peanuts in a food processor until it turns to paste. The soup is super smooth and the perfect texture. It’s definitely not a watery soup. The greens are nice to throw in. If you don’t have spinach on hand, you can also use swiss chard or kale. I liked adding some chopped unsalted, roasted peanuts on top for some crunch. 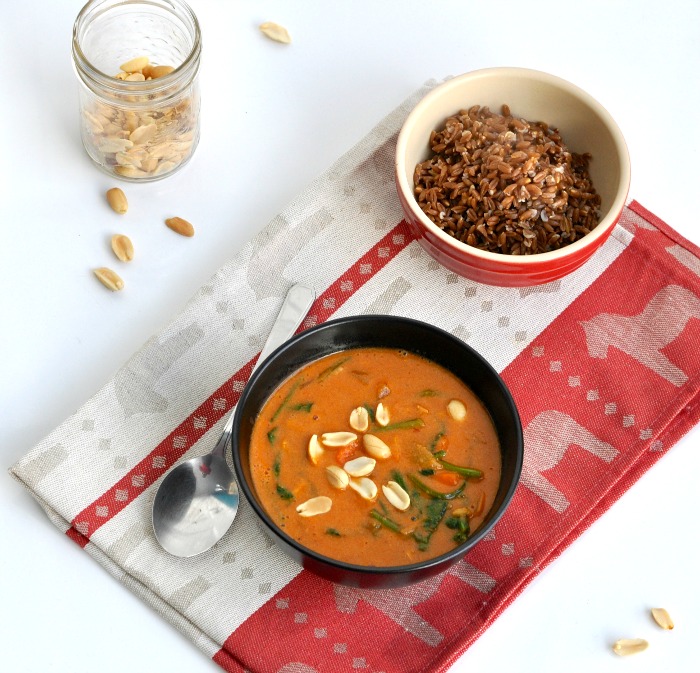 Make sure your peanut butter is just made with peanuts. There shouldn't be any added sugar etc. If you want, you can make your own peanut butter by grinding unsalted, roasted peanuts in a food processor until they turn into a paste.

In a medium pot, bring water to a boil. Cook faro until tender, about 30 minutes.

In the meantime, in a large pot, heat up canola oil over medium heat and sauté ginger and garlic until they start to turn golden.

Add vegetable stock and bring to a simmer.

Add peanut butter, make sure it is mixed in, and cook for 5 more minutes.

Stir in spinach and let wilt.