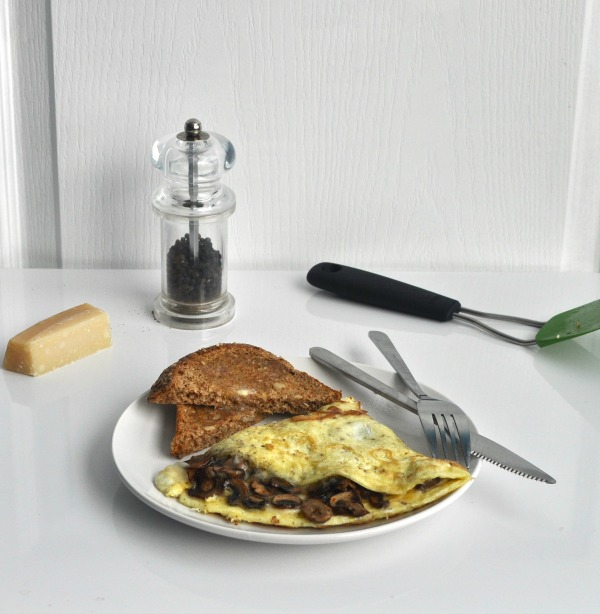 Yesterday, I got up at 5:00 am (like probably many people in Canada) to watch the gold medal game in Men’s hockey. As someone who is not a huge fan (read: been dating my hockey-loving boyfriend for nine years and still can’t sit through a game) of hockey or sports more generally, I will admit that there is something significantly more exciting in watching sports during the Olympics. I don’t start screaming or cheering for the teams per se, but I do feel pretty happy or sad for the winners and losers and find the games pretty exciting (especially the last two minutes of the women’s Hockey final, holy cow, that was crazy), so I wasn’t too grumpy about getting up at 5 am (and I love my sleep more than anything). 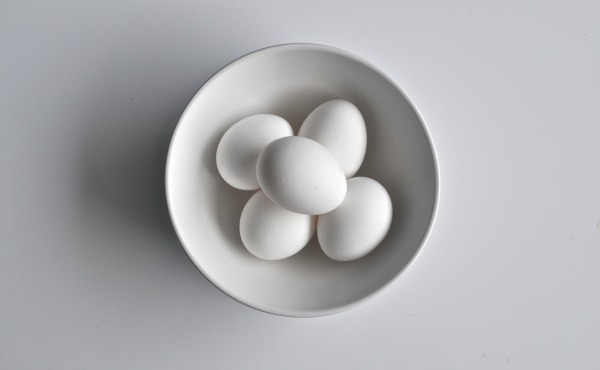 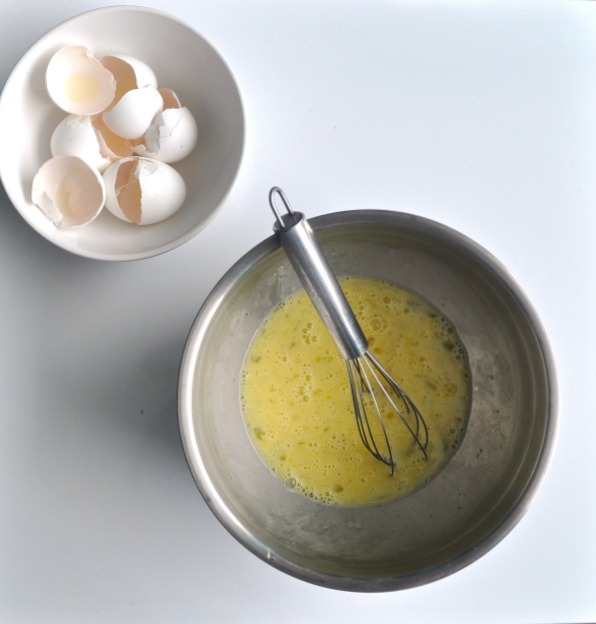 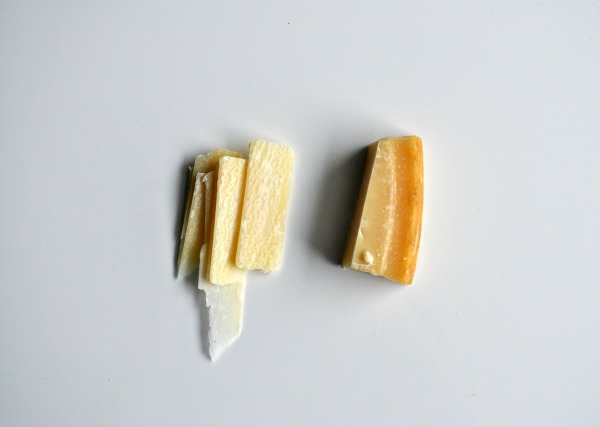 Anyway, in the end, we won (woo!) and I got to go back to sleep by 8:30 am (double woo!). By the time we woke up it was already 11, so I decided to make this dish. I had made it a couple of weeks ago as an easy dinner. It is absolutely perfect as a ‘breakfast for dinner’ meal or as a good bridging meal between breakfast and lunch. It’s simple, but the flavour of the mushrooms and parmesan are great together. The first time I made it, I had basil on hand and I really liked it included in the omelette as well. 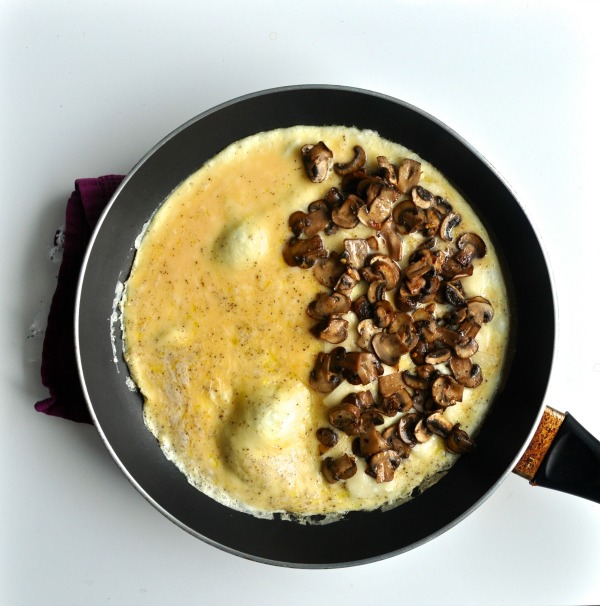 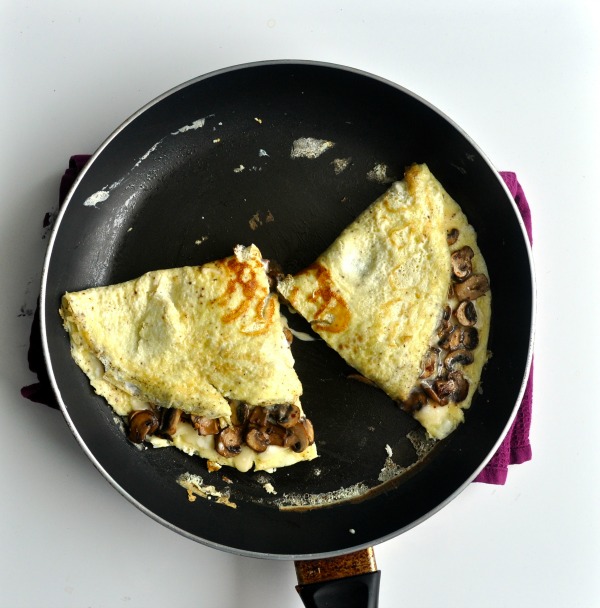 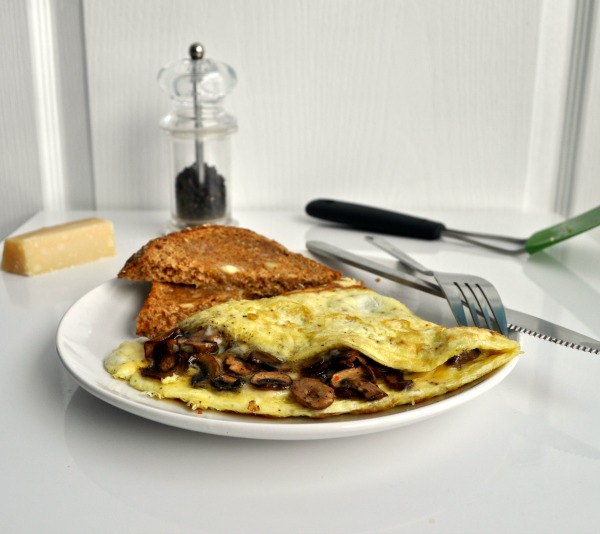 Some time ago, I learned a couple of tricks for cooking omelettes. There are two things that are key:
1- Cook the filling in a separate pan. I don’t know if this is a revelation for anyone else? but it was for me. It is completely frustrating to try and cook anything properly while it’s already in the omelette. Whether it’s mushrooms that take a decent amount of time to cook properly, or spinach, cook it separately, and it will be perfect.
2- Cook the omelette over medium heat. You don’t want the outside to burn before the inside cooks. To speed up the process, or if things just aren’t going to plan, lift up the sides of the omelette with a spatula and tilt the pan, letting the uncooked egg slide onto the hot pan. It will all come together and you will have a perfectly cooked omelette! 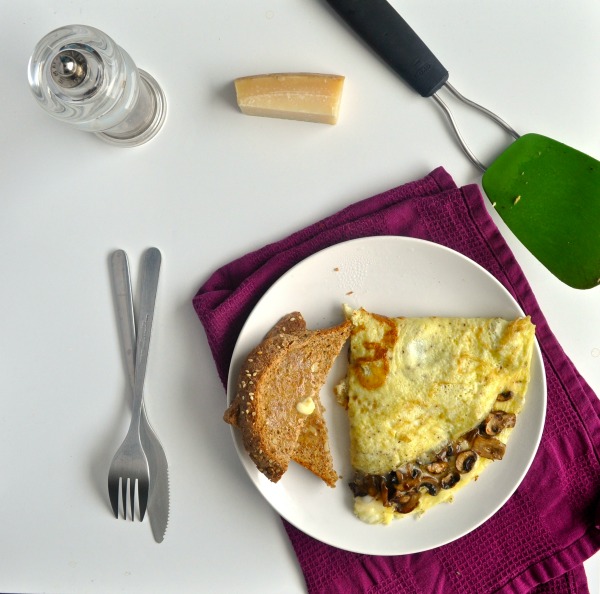 In a small pan, melt butter over medium-high heat.

Saute mushrooms with salt, pepper and chilli flakes (to taste- about 1/4 teaspoon of each) until golden brown.

In a medium bowl, whisk together eggs and milk until combined. Season with salt and pepper.

In a 9 inch pan, over medium high heat add as much butter or oil necessary to ensure that the eggs don't stick (I used about 1/2 tablespoon of oil).

Pour in egg mixture, spreading it evenly. Turn heat down to medium and cook for a few minutes, until it starts to set.

Continue to cook over medium heat until completely set.

To cook more quickly (in case your bottom is browning faster than the omelette is setting) lift the sides of the omelette with a spatula and tip the pan around, letting the excess egg go under the omelette.

When fully cooked, fold over (in half) and cut in half.

One thought on “Omelette with Mushroom and Parmesan Recipe”