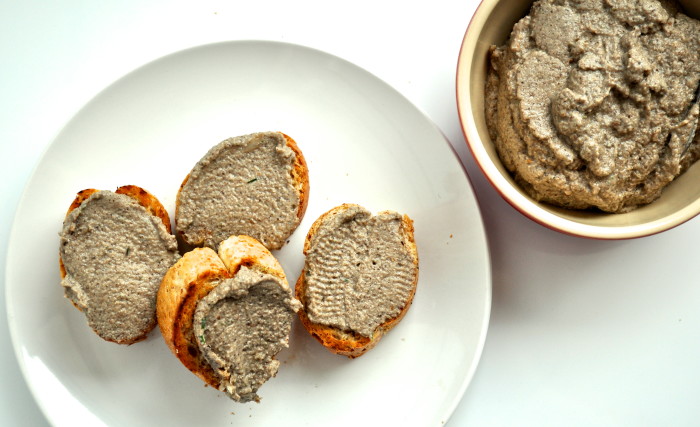 I lived in London for about a year and, by far, my favorite part of the city was all of the amazing markets. When I left, it was definitely the thing that I missed the most (other than the people of course!). Beyond the amazing food that you could buy, the best thing about the markets is that there was an abundance of free samples at all of the stalls. You could spend the afternoon walking around, touching everything and getting a small taste from all of the different vendors. One of the most delicious thing that I tasted in all of my forays through the markets was the mushroom pâté at Borough Market. Every time I would go to Borough I would make a beeline to the mushroom pâté man (who, on top of everything, was super cute). I had never even heard of mushroom pâté before Borough Market, let alone imagined how delicious it could be, but it was. And it’s not just me, every person that I know that tried this stuff raved about it. 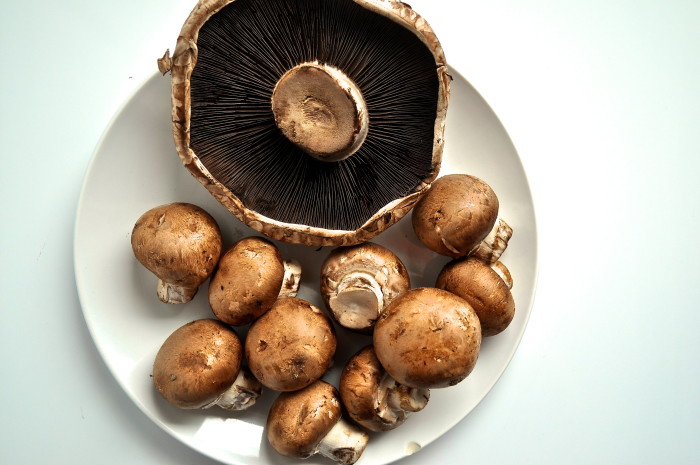 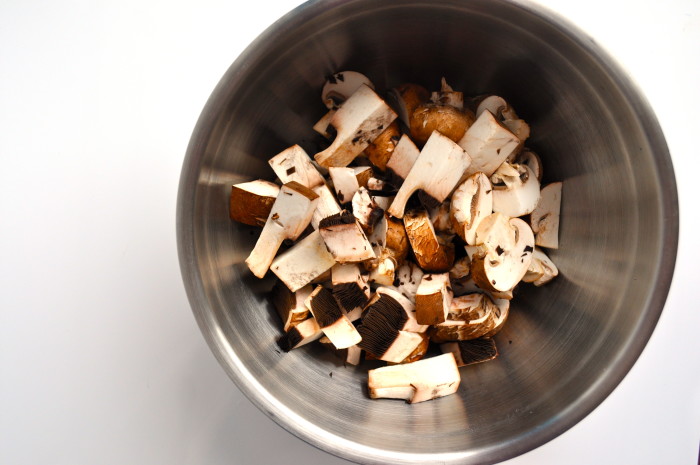 After I left London, I toyed with the idea of trying to recreate the mushroom pâté at home but never got around to it. Mostly, I just thought that I could never really replicate the deliciousness of what was there and things were better left untouched. Well, that was pretty silly, because I’ve wasted two years of my life sans mushroom pâté when I could have had it stashed away in my fridge all along! 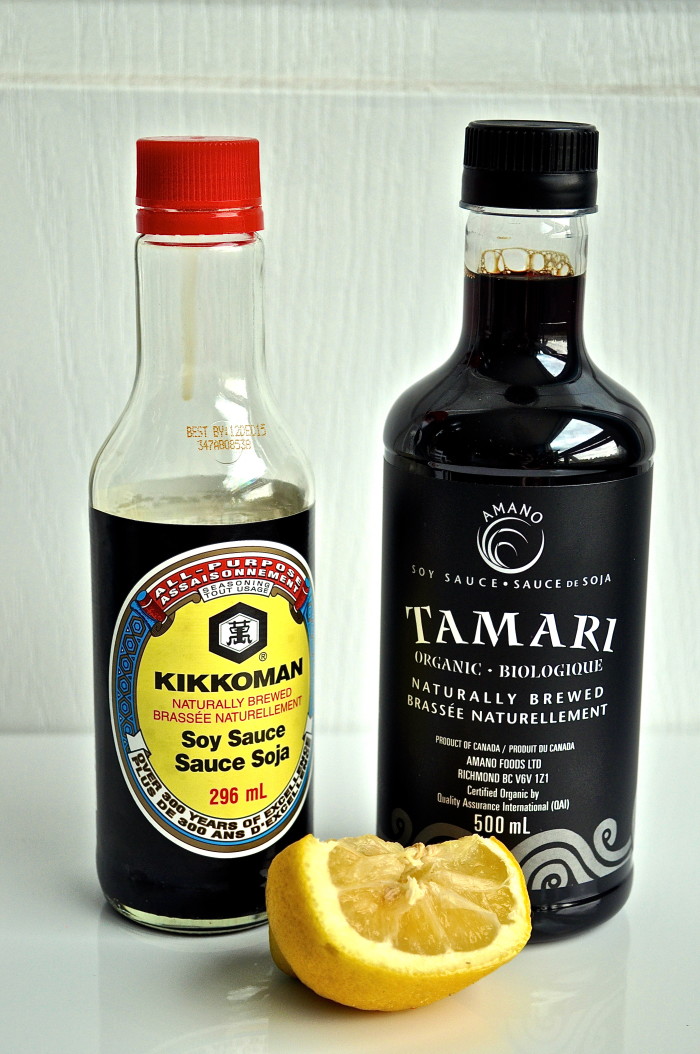 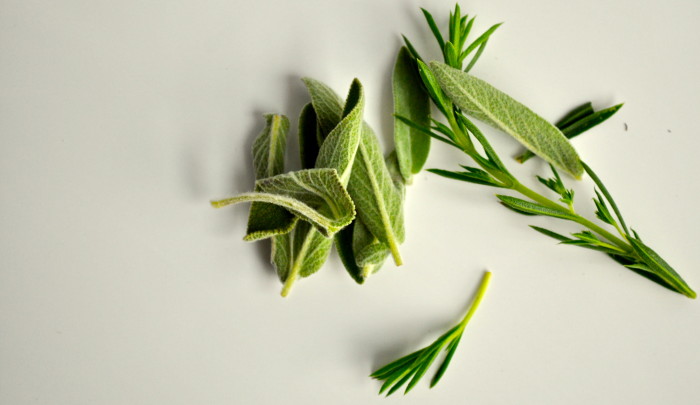 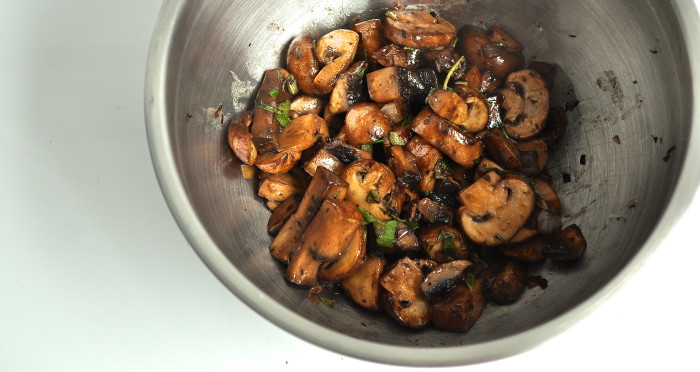 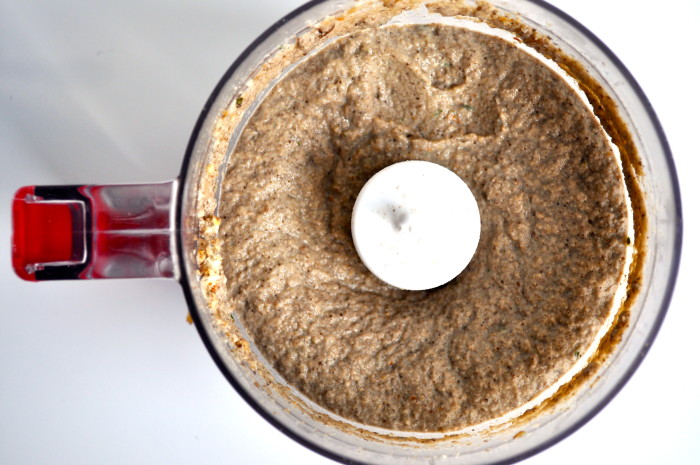 I won’t proclaim that this recipe is an exact replica but it is pretty close. In truth, I haven’t tasted the original in over two years but luckily, the pâté moi website (the company that makes the original) has a list of their ingredients (minus their special spice mix) so I started with a pretty reliable base. As soon as I added the sage and savory to the pan the smell that I remember hit me like a ton of bricks- I knew I was at least on the right track. I ended up with a deliciously smooth, mushroomy spread that looks suspiciously like the real thing. 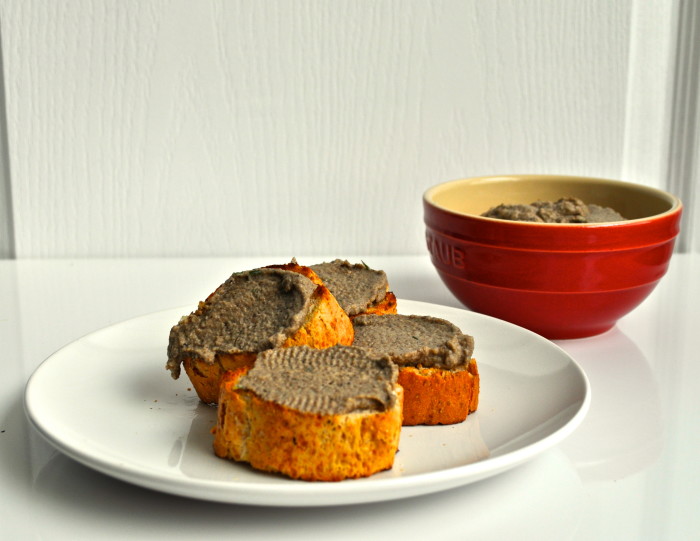 If your mixture is too thick, add water 1 tablespoon at a time. I ended up adding 2 tablespoon to mine for the perfect consistency.

I didn't add any additional salt to the mixture- I found that there is plenty of saltiness with the soy sauce, tamari and cottage cheese.

Personally, my favorite way to eat it is all by itself on some crusty bread, but you can easily add it to sandwiches, use it as a flavor base for some mushroom pasta or to dip some raw vegetables in.

If you are making your own breadcrumbs, heat up a pan to medium heat. Cut your bread into thin slices and dry out in the pan. In a food processor, grind toasted bread until you have coarse breadcrumbs. Set aside.

In a small pan, melt butter. Add shallot, mushrooms, sage and savoury. Saute for 2-3 minutes. Add soy sauce and tamari. Cook for an additional 5 minutes, until the mushrooms are softened and have released some of their juice. Remove from heat and add lemon juice.

Once the mushroom mixture is cool, combine mushrooms, breadcrumbs and cottage cheese in food processor and blend until smooth.