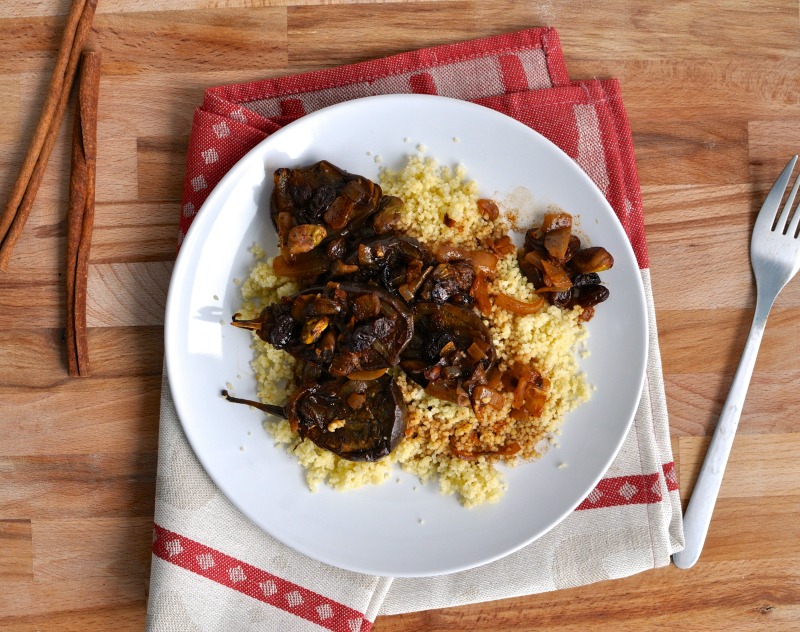 I never used to keep couscous in the house. Not for any reason in particular, it was just never on my radar. Now that I am playing around with it, I am realizing how much a grain can inspire different flavours. I definitely don’t usually use spices like cinnamon and paprika very often, but couscous calls for some middle eastern flair, so I went to my most reliably delicious Middle Eastern source, Ottolenghi. This time around I wanted to pair couscous with some mini eggplants, that I bought, once again, because they were so cute. While I realize this is not the best strategy for buying food, I can’t help it. Even though it was tough to figure out a dish, I’m pretty happy that I was forced into a place that I wouldn’t have explored otherwise because it ended up being a very delicious journey.

I think one of the most satisfying textures is tender eggplant. It’s melt in your mouth but it still manages to be substantial. There are so many different types of cuisine that have a staple, soft eggplant dish, and this technique can be applied with so many different spices and flavours. I am never sure what to expect when I’m cooking with cinnamon in a savoury dish. It’s not something that I’m comfortable with ‘winging’, so I really only do it when a recipe suggests it (and gives me some amounts). 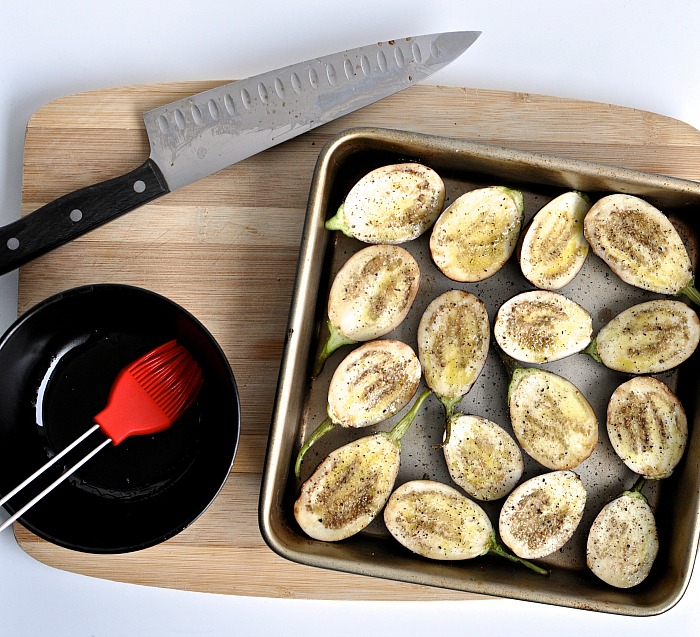 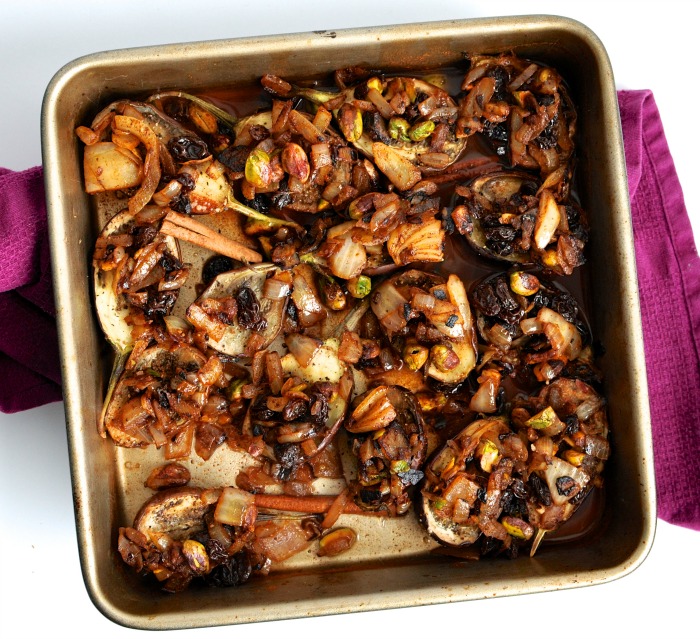 The eggplant is perfectly tender and spiced. The cinnamon and paprika pair really well together and neither is too overpowering. I think it is perfect over some couscous because it’s such a fluffy and tender grain that just soaks up any sauce that you pour over it, which is absolutely perfect for this food. This makes two smaller portions. It’s perfect for a light lunch or served alongside a hearty salad or soup. It’s certainly a great, warming dish for the winter months. 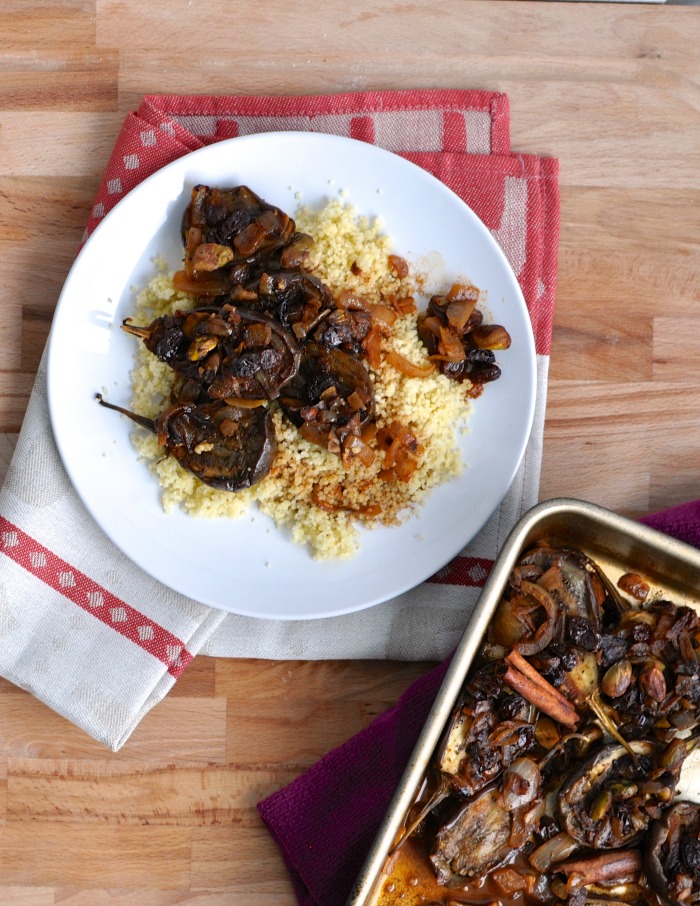 Place halved mini eggplants in a baking dish, skin side down. The eggplants should be fairly snug in the dish.

Brush eggplant with olive oil (should take about 1 tablespoon) and season with salt and pepper.

Bake until tops are golden brown, about 15 minutes.

In the meantime, combine ground cumin, paprika and cinnamon in a small bowl.

Heat up 1-2 tablespoons of olive oil in a large pan, over medium-high heat.

Saute onion with half of the spice mix, stirring often, until they start to brown. About 8 minutes.

Add pistachios and raisins and cook for an additional 2-3 minutes.

Season with salt and pepper and set aside.

When the eggplants are browned, remove from oven and turn down heat to 375F.

Pour spice/water/lemon mixture over the eggplant.

Spoon about 1 tablespoon of the onion/nut/raisin mixture over each eggplant half (use up all your mixture).

Bake for 45 minutes, checking it halfway through to make sure whether the liquid has evaporated. If it has, add a bit more water.

While the eggplant is cooking, prepare couscous according to instructions on the package (I just combine equal parts couscous and salted boiling water, let sit covered for 5 minutes and fluff).

Serve eggplant and sauce spooned over couscous warm or at room temperature.