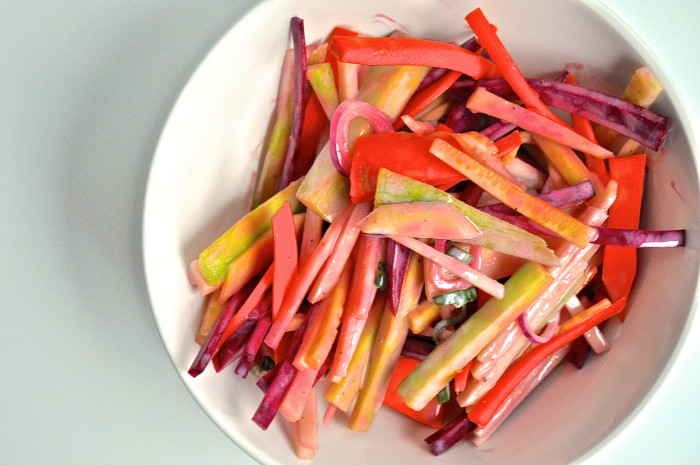 Ok, I’ll admit, the Kohlrabi doesn’t play a more or less important role in this slaw than the other vegetables. So, why does it get a starring role in the title of the recipe you ask? Well, because I was so excited to be using it! I received my CSA box and in it was a little kohlrabi, that I had no idea what to do with (and that beautiful purple spring onion! Can’t get enough. Is it normal to get this excited over produce?). I tasted a little piece and it basically tasted like a hard, crunchy piece of cabbage. It definitely isn’t as strange as it looks. I also read that you can use its leaves in the same way that you use kale or another winter green. So exciting! 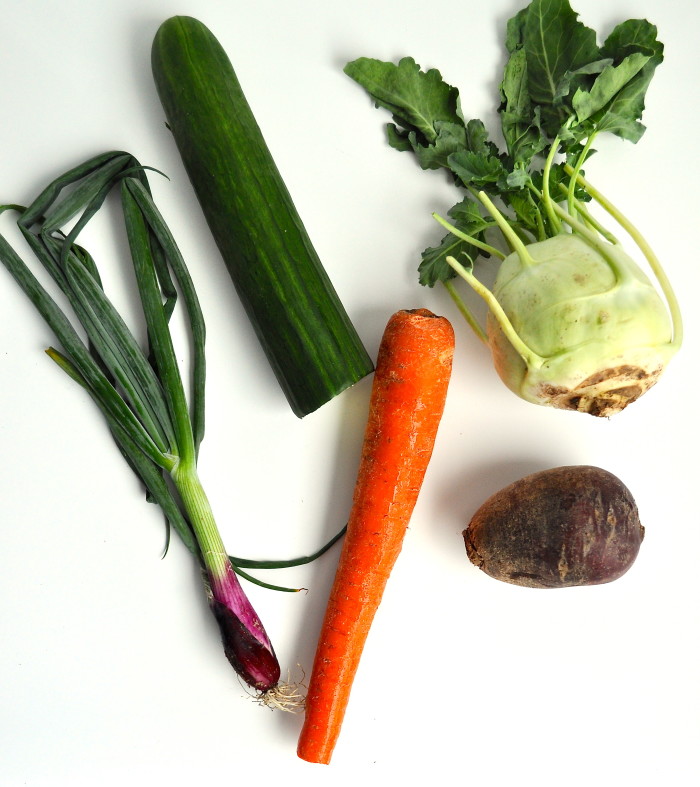 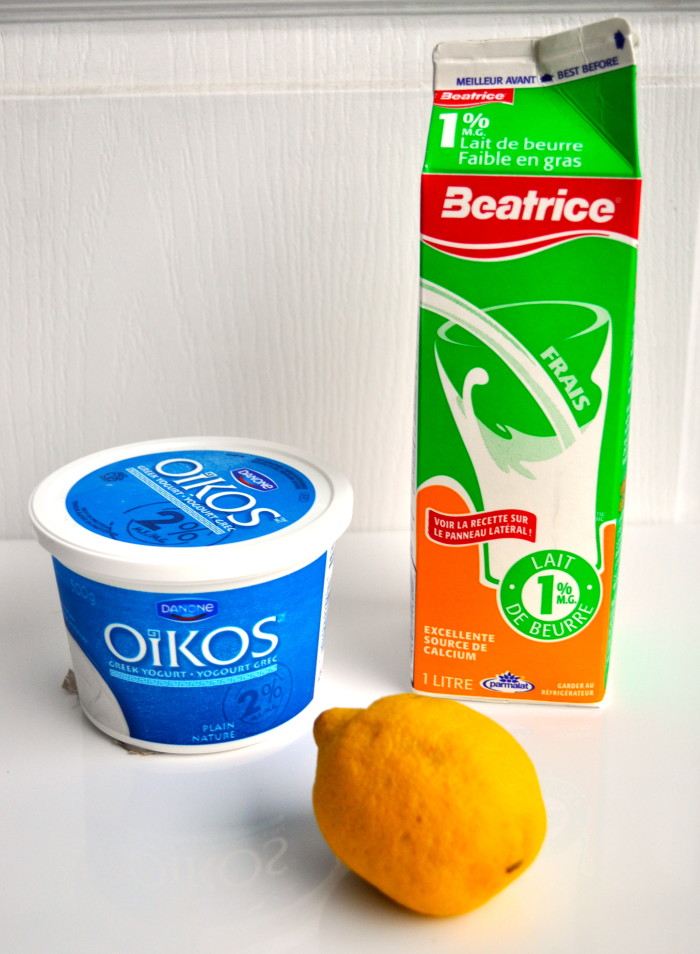 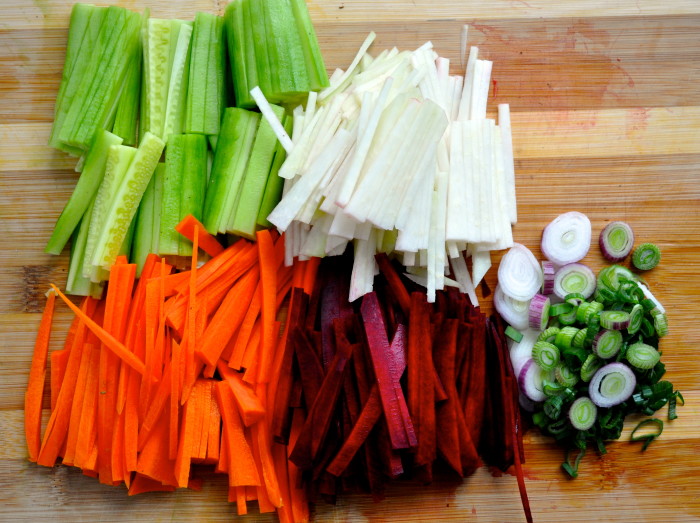 While probably not the most original application in the world, the kohlrabi worked beautifully in this slaw. The beets give the slaw more than enough sweetness and the buttermilk some extra zing. It’s a ridiculously easy way to get a bunch of crunchy vegetables on the plate. It’s a good idea to let the coleslaw sit for a bit after assembling it to allow the flavors meld.

You can definitely substitute some cabbage for the kohlrabi and regular green onion for the purple kind.

To prepare the kohlrabi, make sure you remove the skin as well as the first layer of the vegetable because it will be tough.

In a medium bowl, whisk together ingredients for the sauce. Adjust seasoning to taste.

Add all julienned vegetables to the bowl, toss lightly.

Cover and let sit in the fridge for an hour to allow the flavors to meld.