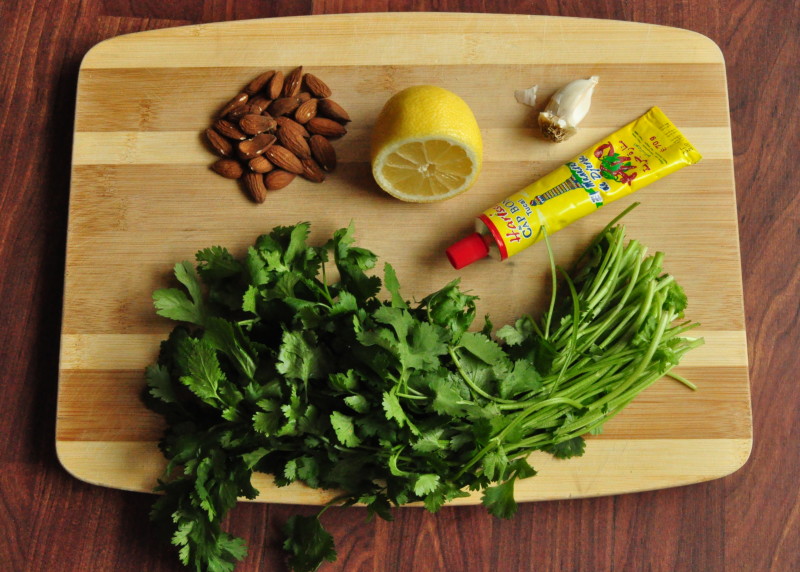 Yes, my first post is a recipe for a sandwich. A fancy grilled cheese sandwich at that.

In defense of the sandwich though (as if grilled cheese ever needs defending, right?) there were a couple of things that I wanted to try out and a sandwich seemed like a perfect vehicle for both.

In both cases, the ingredients I’ve been hankering to make myself/use are both a product of my new ‘station’ in life. I (very) recently moved to Calgary, Alberta, a land of Safeways, Superstores and beef, lots of beef. Although I am probably being a little harsh on my new home, first impressions were pretty dire.

However, there have been two food-related lights at the end of the tunnel.

The first, was a local market that I found in a neighborhood called Bridgeland. While in other cities that I have lived in it would not be anything to write home about, I walked through the half dozen aisles stroking all of the specialty items and was happier than I had been in a while. Happening upon this small market made me feel like Calgary had some hidden gems that just had to be discovered, in time.

I ended up buying a small tube of Harissa. My boyfriend and I still hadn’t moved into our apartment and were camping out, not an ideal situation to be accumulating things but I figured the tiny bottle couldn’t hurt. I have never used or tasted Harissa before and wasn’t really sure what to do with it. It was the first thing on my shelf in our new apartment but actually using it took a back seat to our move, unpacking and getting settled in. 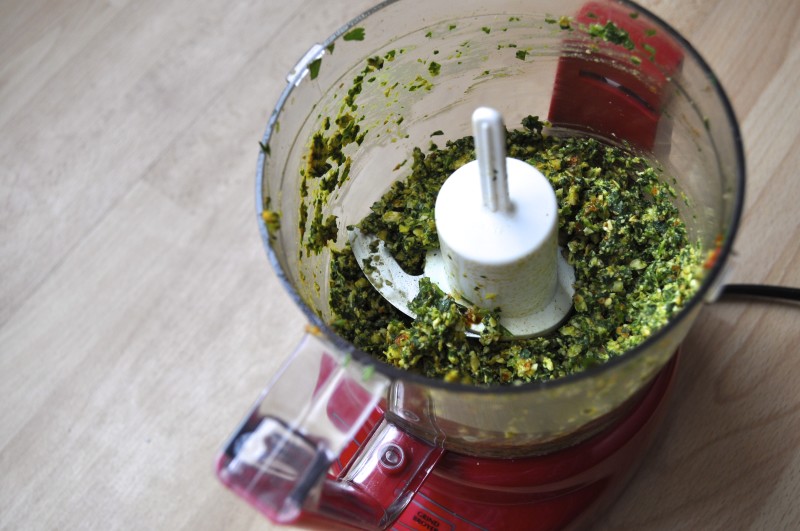 The second was a very tasty brunch with some new friends (acquaintances? To-be friends?). My boyfriend, who came here for school/work, is currently our only source of a social life. (I don’t really know how to meet people without having a job? I never know how to strike up a real conversation with that person you see in Yoga class all the time). Thankfully he seems to be surrounded by a ton of nice people and so, it was very exciting to go to brunch with a few of these people. We went to a restaurant called Farm that is attached to a cheese shop and one of our fellow-diners suggested that we order a cheese plate. I had never had a cheese plate with food pairings before; it was delicious. Brie and blueberry jam! Goat cheese and pistachios! It was cheese heaven. 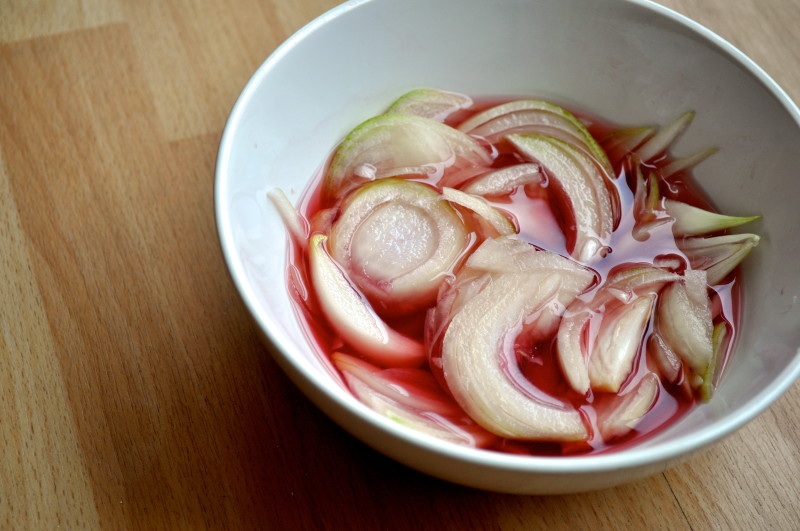 One of my favorite pairings was a harder cheese with some pickled onions. As I was eating it, and trying not to hoard the pickled onions, I wondered why I had never made these myself. They can’t be very hard to make at home, right? 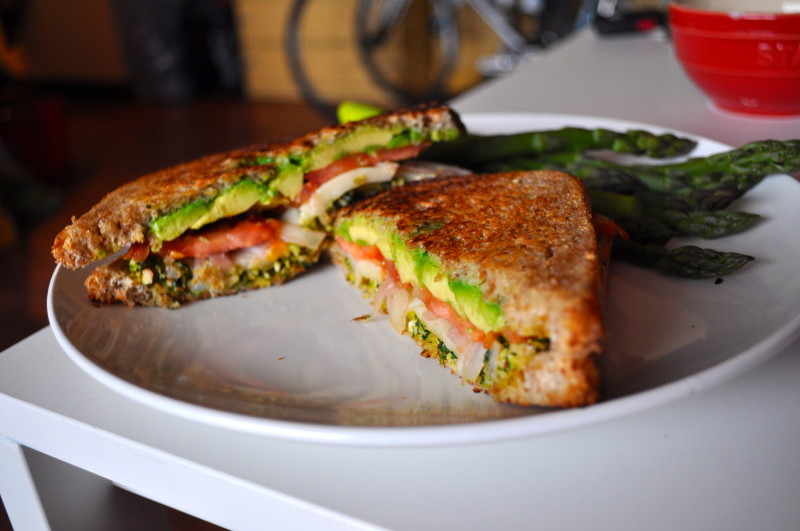 I was inspired by Sprouted Kitchen’s Cilantro and Pepita pesto. She calls for chipotle powder and jalapeno for heat and I replaced this with some Harissa, which I found packed more of a punch than I expected. If you don’t like a lot of heat, be sure to use only ¼ teaspoon and adjust from there. I also replaced the pepitas with almonds and the lime with lemon and kept it much more of a chunky spread than a smooth pesto. I think that this spread would be especially great on some paprika roasted potatoes.

The recipe for the pickled onions is almost unadjusted from Smitten Kitchen, because no one is more reliable and nothing is more simple to make than some pickled onions. Just make sure you have some time on your hands.

Please note: (serving size) you will have leftover pickled onions and spread. However, if you layer the spread as thickly as I did (about 3 tablespoons per sandwich) you will only have enough for 3-4 sandwiches (depending on the size).

In a food processor, puree all of the ingredients for the cilantro harissa spread. I left mine a little chunky but you can make it as smooth or as chunky as you like by adding additional olive oil (1 tablespoon at a time until you reach your desired consistency).

Make your pickled onions: Combine all ingredients (expect the onion) in a small bowl and whisk until the sugar and salt dissolve.

Slice your onion and add it to the pickling mixture. Let stand for at least 1 hour.

Layer a generous amount of the cilantro spread (about 3 tablespoons) half of a sliced avocado, one layer of thinly sliced cheese, sliced tomato, on thin layer of pickled onions.

Heat up a medium sized skillet on medium-high heat.

Fry bread until golden brown on both sides (about 3 minutes first side, 2 minutes second side).